Art Tatum is a jazz musician who defied labels and redefined boundaries. Today, he is regarded by many as the greatest jazz pianist of all time.

Born in Toledo, Ohio, in 1909, Tatum was nearly blind by the age of four. Not to be deterred and fueled by his passion for music, Tatum later used special glasses to read music and eventually used Braille.

He attended the Toledo School of Music but, for the most part, is a self-taught musician.

Tatum, noted for his astounding dexterity on the piano, is one of those musicians who are either revered as a genius or dismissed. Those that heralded him for his musicianship cited his nimble and fast musical phrasing.

The same supporters held him up as the “newer and better” stride pianist, overshadowing the legendary Fats Waller.

Critics of Tatum brushed his musicianship off as too ornate or “flowery” and therefore not ‘authentic’ jazz.

Hired as the house pianist in Toledo jazz clubs when he was only nineteen years old, the young pianist got the opportunity to sit in with master musicians such as Louis Armstrong, Duke Ellington, and Count Basie. All three musical icons were amazed by the speed and virtuosity of Tatum’s playing.

Art eventually found success in New York in 1937 and garnered notoriety on radio programs and playing with the famous jazz players of the day.

Aside from being an amazing jazz pianist, he also loved cards and drinking, the latter of which would create health issues that would claim his life at the young age of forty-seven.

Although Tatum flourished in what is considered the bebop era, he did not fit the mould stylistically. Nevertheless, Tatum had a significant impact on beboppers like Charlie Parker and also mentored future jazz superstar Oscar Peterson.

Despite his controversial reputation, Art Tatum’s influence and impact on the history of jazz are still felt today, making him a pianist worth digging into more deeply!

Here are some essential Art Tatum songs and albums to have in your collection.

For better or worse, every successful jazz musician will have a song that becomes their flagship.

In the 1933 recording, Tatum’s virtuosity is on full display. Note his lightning-fast styling coupled with his in-the-pocket stride piano style. The song is a powerhouse of energy, finesse, and beauty. You can hear where Charlie Parker sourced his phrasing as well as Oscar Peterson.

The 1939 recording showcases maturity in “less is more” at the start while his nimbleness on the keys is ever-present. As if knowing the end of his life neared, the 1953 recording is Tatum at his best.

Art weaves in and out of easy-flowing phrases into bebop like solos with such grace that one wonders what he could have accomplished as a musician if he had lived longer.

Like a tiger released for a hunt, the song takes off moments later. As you listen, notice how Tatum makes the piano sound like a one-man band: rhythm section and soloist rolled into one.

So adept at this ability that after listening to “Tiger Rag,” famed keyboardist Hank Jones reportedly asked who the other two pianists were playing with Tatum! 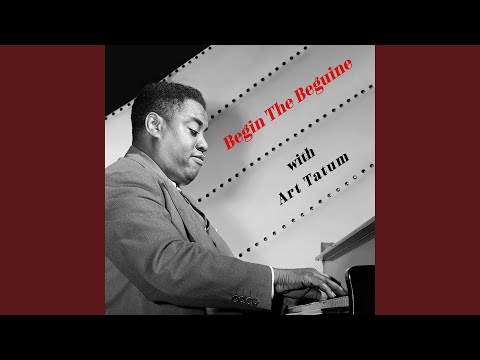 Performing as a solo pianist, this iconic album features some of Art Tatum‘s timeless classics like “Tea For Two” and “Tiger Rag” and eleven other excellent recordings. 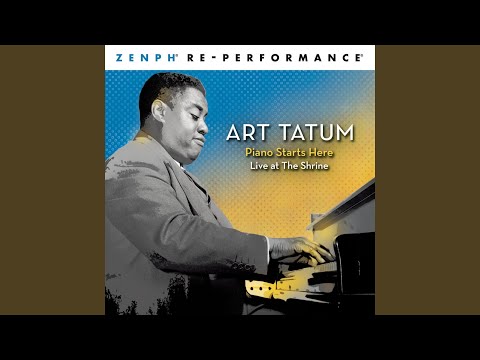 This vintage recording captures Tatum playing with an all-star trio of bassist Slam Stewart and guitarist Everett Barksdale near the end of his illustrious career.

The eighteen tracks, recorded in New York at Cafe Society, Birdland, and Bandbox, have him accompanied by guitarist Everett Barksdale and Slam Stewart on upright bass.

Students of jazz should study his three renditions of the classic ballad “Tenderly.”

This 1974 release is for the serious Tatum fan!

Recorded for RCA Records, this behemoth collection of songs captured Tatum in his late prime from 1953-1955.

Tatum covers jazz standards like “Body and Soul,” “Willow Weep for Me,” “Begin the Beguine,” and many, many more. 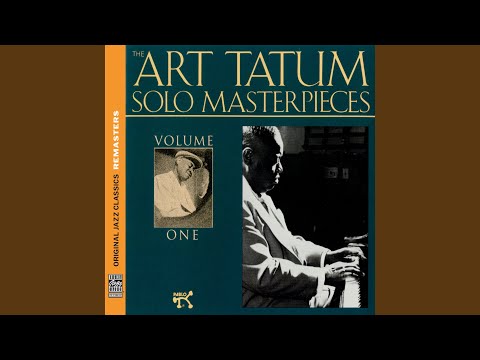 Whether you’re a student or simply a fan of the instrument, jazz pianist Art Tatum is a musical force worth investigating.

He was a master pianist who fanned the flames of future jazz performers while pushing the boundaries of jazz and, notably, accomplished all of these while battling blindness and negative comments from critics.

Head to our round up of the best jazz pianists of all time to read more about legends from Fats Waller and Errol Garner to Herbie Hancock and Keith Jarrett.