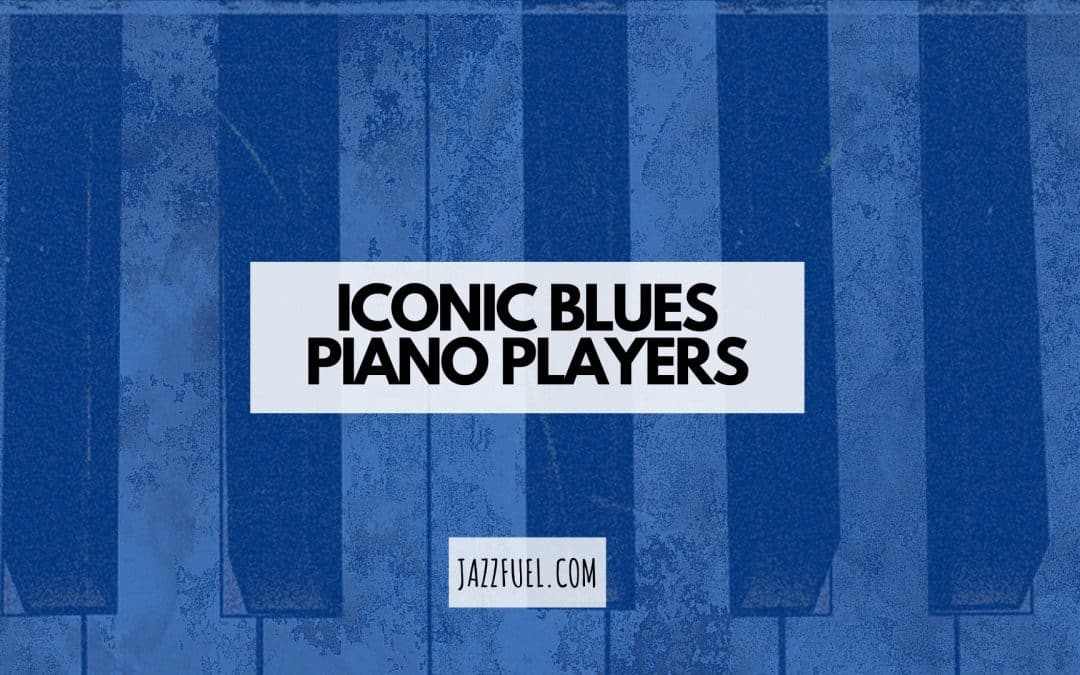 Whilst the genre may have been popularised by guitarists and singers, blues piano players made a large impact on the sound and style of the blues in the 20th Century.

And, as the precursor to jazz, rock & roll and a whole other range of popular music today, listening to their records is not just an enjoyable activity, but a great insight into how music developed.

Focusing on the ‘boogie-woogie’ style blues commonly thought of as a precursor to rock and roll, Clarence ‘Pinetop’ Smith was born in 1904 in Alabama.

Dying at the tragically young age of 24 he didn’t build up a vast discography of recordings, but his primarily for his hit 1929 song ‘Pine Top’s Boogie Woogie’ which is widely regarded as the cementation of boogie-woogie as a genre.

Joe Willie Perkins, known as “Pinetop Perkins” for his cover of Smith’s tune, is often misconceived as the writer of “Pine Top’s Boogie Woogie“. 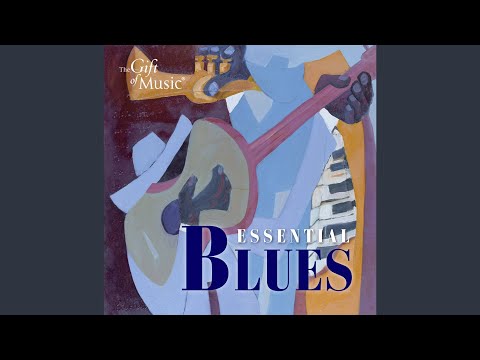 Known for his slow-paced tunes and soft touch, Brown was a West Coast blues singer and pianist active during the 1940s and 50s.

He had seven Top 10 hits in the United States on the Billboard R&B chart. Of these, his best-selling records were “Merry Christmas Baby” and “Driftin’ Blues”.

Brown is primarily known for his Christmas songs today, but back in his active years, he was a major influence on West Coast blues.

Although Allison was widely known as a jazz musician and played with the likes of Zoot Sims, Stan Getz, and Al Cohn, he was also highly regarded for his unique blend of modern jazz and blues music.

This stylistic choice covered both his unique piano and vocal performance.

Earlier in his career, the record label Prestige had tried and failed to promote Allison as a pop star. Later on, Columbia and furthermore Atlantic attempted to peddle him as a blues artist, to more success.

Allison’s conversational vocal style, songwriting, and phrasing both vocally and instrumentally have been an influence on many artists; Jimi Hendrix, J.J. Cale, the Yardbirds (who often played Allison’s most famous track, “Parchman Farm”) and many others.

In 2006, Allison was inducted into the Long Island Music Hall of Fame.

Blues pianist, singer, and composer Memphis Slim gained success with his variations on the jump style of blues.

He’s most famous for reworking the song “Every Day I Have The Blues” to such success that it became a blues standard after the release of his version.

Later in life, Slim moved to Paris as a permanent resident and performed, acted and wrote there for the remainder of his years.

Towards the end of his life, Memphis Slim was even named a Commander in the Ordre des Arts et des Lettres by the French Ministry of Culture for his contribution to music.

In 1989, a year after his death, he was inducted into the Blues Hall of Fame.

Recommended Track: Every Day I Have The Blues

Living for only thirty years, Carr didn’t have long to cement his legacy as a singer, songwriter, and pianist.

Leroy Carr was famous for his crooning technique sung over light and lazy blues compositions, and was known to influence the likes of Ray Charles and Nat King Cole.

Carr’s most famous tracks include “Papa’s on the House Top” and “How Long, How Long Blues”, which were both released in 1931.

Carr was best known for releasing songs under the Vocalion record label. 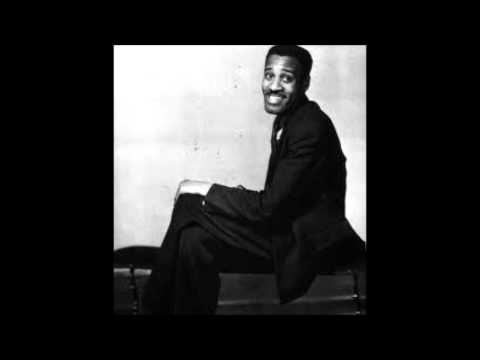 He has been praised by musicians such as Dr. John and Harry Connick Jr., the latter of which Booker taught piano on account of his friendship with Harry Connick Sr.

Booker started out playing sessions for Imperial Records, and much of his early inspiration came from Edward Frank and Tuts Washington. Later on in his career, Booker was further influenced by Ray Charles and Professor Longhair.

Booker found more success as an artist in Europe during the 70s, which documentary filmmaker Lily Keber attributed to racism and homophobia being less intense than in the US at the time.

Recommended Track: On the Sunny Side of the Street 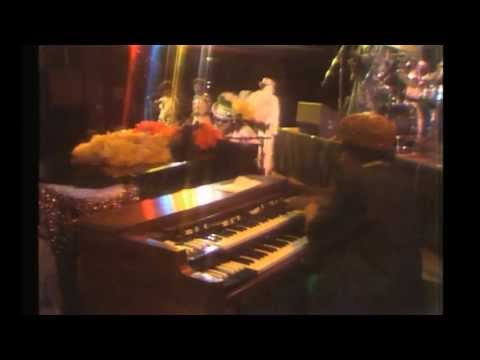 Citing both Charles Brown and blues musician Louis Jordan among his influences, Ray Charles is primarily known for his pioneering of soul music.

Despite this, he possessed great skill in a plethora of genres that included jazz, R&B, gospel, and the blues.

The influence that the blues had on Charles can be heard particularly in his recordings on the album “Ray Charles (aka: Hallelujah, I Love Her So)”.

Charles’ vocal performances are often just as praised, but his work at the piano should by no means be overlooked, especially from a compositional standpoint.

His skills at the piano came from learning at a very early age, along with his time playing with bands at the Ritz Theatre in LaVilla before he joined the American Federation of Musicians.

It was at this union’s hall that he was able to practice the piano before he came into possession of his own.

Rolling Stone has ranked Charles at number ten on their list of the “100 Greatest Artists of All Time”, and he was later inducted into the Country Music Hall of Fame.

Recommended Track: Hallelujah, I Love Her So

Orphaned at the age of eight and sent to the same place as Louis Armstrong six years prior – the “Coloured Waifs Home in New Orleans” – Dupree taught himself the piano whilst staying at the home.

Later on, he also received tutelage from Willie Hall and Tuts Washington, who would influence his playing as a result.

Champion Jack Dupree earnt his nickname as a boxer who fought in over a hundred bouts before he returned to Chicago and met Chicago blues record producer Lester Melrose.

His song, “Junker’s Blues”, was later reworked by Fats Domino into his first hit, “The Fat Man”.

As one of the leading members of the Chicago blues movement in the post-war era, Spann began his career as a solo act, as well as occasionally playing with fellow bluesman Morris Pejoe.

Working regularly at the Tic Toc Lounge in Chicago, his unique and easily recognisable piano style quickly became his signature, and it wasn’t long before Spann joined Muddy Waters’ band as a piano player in 1952.

Spann has been known to have performed on some of Waters’ most famous tracks, including “Hoochie Coochie Man” and “Got My Mojo Working”.

During his time with Waters, Spann also recorded as a solo artist and session player for Waters’ contemporaries, including Howlin’ Wolf. Spann left Waters’ band in 1968.

Although Otis Spann recorded on sessions for iconic blues record label Chess, they left his 1956 and 1963 sessions unreleased and seemingly failed to acknowledge Spann’s vocal capabilities.

In fact, Spann’s work for Chess is fairly limited and most recognised for the 1954 single “It Must Have Been the Devil”, which also featured B.B. King on guitar.

Due to Chess’s lack of interest in Spann as a solo artist, Spann joined with the record label Candid to create the 1960 album “Otis Spann Is The Blues”.

Recommended Track: Take A Little Walk With Me

Known for his artistry both as a vocalist and a singer, Fats Domino was one of, if not the most, important pioneers of rock and roll music.

In fact, a lot of this can be accredited to the influence that the blues had on Fats, in particular the “jump blues” and “boogie-woogie” styles, as well as 1940s R&B music.

In fact, in 1957, Domino said himself that “What they call rock ‘n’ roll now is rhythm and blues”, and that he’d “been playing it for 15 years in New Orleans”.

Domino had success from the very start with “The Fat Man” released under Imperial Records in 1949 and remained popular for much of his career.

With eleven Top 10 hits in the US pop charts, five of his records sold more than a million copies by 1955.

Fats Domino’s impact on both rock and roll and popular music was monumental, being a massive influence on Paul McCartney and John Lennon, as well as Elvis Presley – who dubbed Fats Domino “the real King of rock and roll”. 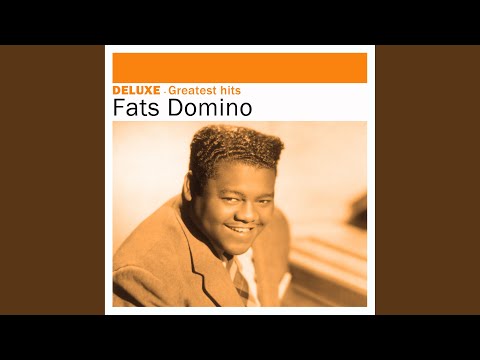 Looking for more? Iconic Hollywood actor Clint Eastwood – who is known as a massive fan of jazz and blues – produced a documentary called Piano Blues (2003) where he interviewed and showed footage of several of the blues piano players included int his guide. Highly recommended.

Aside from that, you can find our round ups of famous blues guitar players, iconic singers and the most legendary blues musicians of all time here.