The Best Blues Albums of All Time (Ranked) 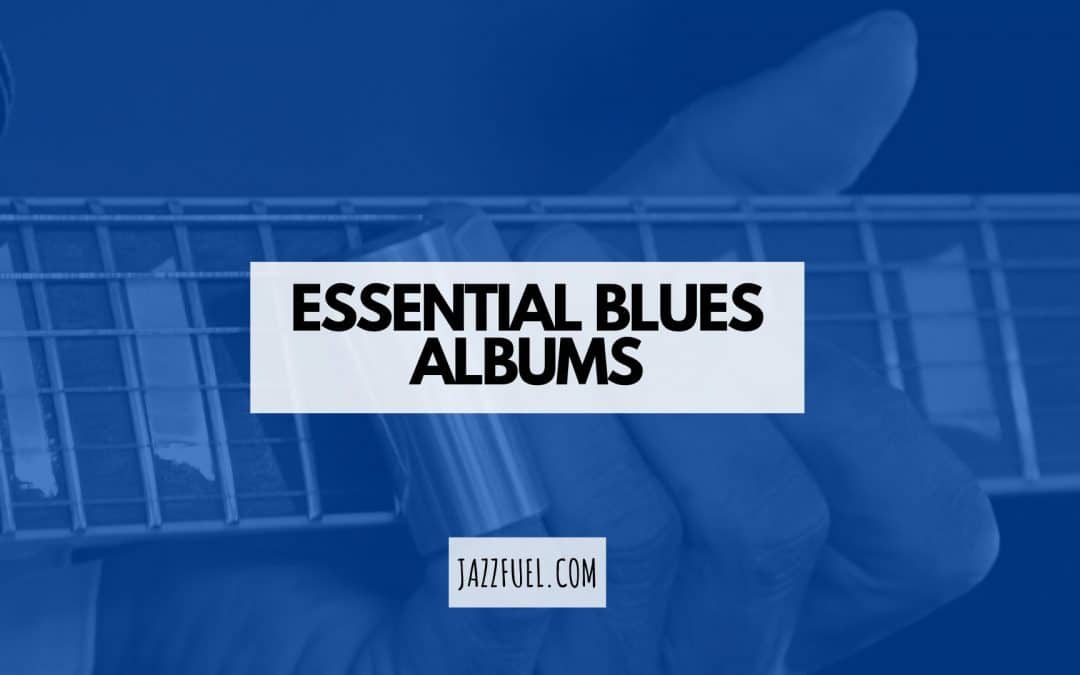 With so many sub-styles and more than 100 years of music history, the question of the best blues album of all time is not necessarily easy, but one we’re going to take you through in this article!

The blues is a rich and varied genre, which is hardly surprising given how long the genre has been alive and kicking.

As such, it can be hard to know where to really start and it’s very easy to quickly find yourself listening to the same old sound over and over before dismissing the genre entirely.

Whilst getting to know more about the famous blues musicians might be the best way into the style, digging a little deeper into the albums they made is a great way to refine your tastes.

The essential albums in this list cover a broad spectrum of the best blues album of all time. Together, they paint a picture of the whole genre so you can explore each avenue more deeply.

And, whilst it’s of course a deeply personal choice, stick around to the end for why we think an album recorded in 1970 is the best blues album of all time…

Tragically robbed of his life at the peak of his technical skill, Stevie Ray Vaughn was a guitarist that rivaled Eric Clapton as a blues rock guitarist.

His ‘Texas blues‘ music was a flawless blend of hearty rock music and old-school blues, the perfect example of which would most certainly have to be Texas Flood, released in 1983 under Epic Records.

Filled head to toe with upbeat, relentless guitar playing, Texas Flood contains Vaughn’s flagship song, Pride and Joy, as well as the hugely impressive title track, which contains a guitar intro that is as soulful as it is both technically and stylistically impressive.

The title track itself is actually a cover of Larry Davis’ Texas Flood. 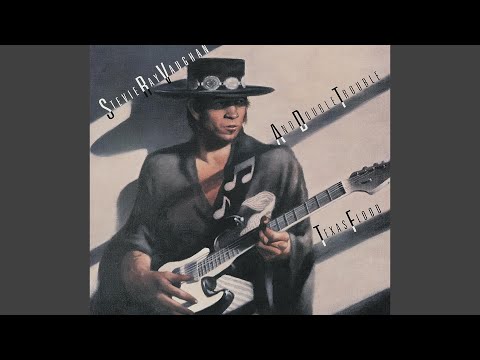 Albert King was a massively influential blues musician during his time (as with most of the ‘Kings’).

He was best known for his wailing Flying-V guitar playing and howling voice, culminating at a peak with his 1967 album Born Under A Bad Sign, and its title track, which have become almost synonymous with the blues since the album’s release under Stax Records.

One notable thing about this album is just how cleanly it’s cut.

Whilst it maintains the feeling of a live recording, each instrument can be clearly heard without overpowering King’s soulful vocals.

The album is widely regarded as one of the greatest blues albums, having been inducted into the Blues Foundation Hall of Fame, the Grammy Hall of Fame, as well as the National Recording Registry.

Far and away from most styles of blues on this list, Etta James had one of the most soulful and emotional voices of her time.

Although the album is somewhat of a mashup of blues, R&B and jazz (even containing a couple of standards), James was able to effortlessly capture the blues on her album At Last!

The 1960 album was Etta James’ debut studio album and was released to both commercial and critical acclaim, rising to number 12 on the Billboard Top Catalog Albums chart, with the title track single being certified gold by the RIAA.

Though this album differs greatly in sound and content from most of the albums on this list, it should by no means be disregarded.

At Last! is packed with emotional performances, soaring vocals, and brilliant instrumentals that shouldn’t be missed.

The orchestral arrangements also make this album a lot more accessible than most blues records.

Recommended Track: I Just Want To Make Love To You

7. Let’s Dance Away And Hide Away – Freddie King

As one of the “Three Kings of the Blues Guitar”, Freddie King’s influence can be heard in the playing of many later guitarists and bluesmen, such as Stevie Ray Vaughn and Jerry Garcia of the Grateful Dead.

While Freddie did possess the powerful, soulful voice required to be such a hallmark of the genre, his blues guitar playing was really what made him so distinctive.

FK had a unique picking style, playing with a mixture of his fingers, a thumb pick, and a finger pick. This technique, combined with his emphatic playing, gave him a uniquely fast, sharp, and aggressive twangy tone.

This purely instrumental blues album is a great example of FK’s unique aggressive twang, occasionally peppered with short, emotional reprieves that break up his relentless style.

Check out this bonus recommendation: 1:15-1:25 is a particular sweet spot!

Although I Am The Blues contains a lot of content previously performed by the likes of Howlin’ Wolf (with bass work by Dixon himself), it remains a treat to hear Dixon’s take on the songs, all of which are his compositions (barring “You Shook Me”, which was written with the help of J.B. Lenoir).

Dixon was a legendary behind-the-scenes bluesman, on top of being an exceptional bass player who happened to wield a sturdy set of vocal cords (though his vocal performances never quite live up to Wolf’s versions, especially on tracks such as Spoonful).

Dixon was a massively important figure in the careers of both Muddy Waters and Howlin’ Wolf, and as such he was also integral to the success of Chess Records during his time.

This album, which was inducted into the Blues Hall of Fame in 1986, is simply a well-produced, well-performed record packed with classic blues tunes. 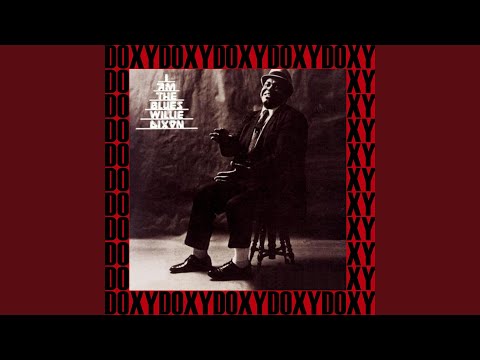 When Chess Records was sold in 1975 to All Platinum Records, reducing itself to reissues only, Chicago blues legend Muddy Waters decided to leave the label behind.

For a short time, he recorded no new material, at least until he signed to Blue Sky (founded by Johnny Winter) in 1976.

The first studio album he recorded was Hard Again, released in 1977, and to a positive reception.

The album is often considered a comeback record for Waters, with six new songs having been written for the album which, in the words of Rolling Stone writer Dan Oppenheimer, marked “the end of a long dry spell”.

Waters steers relatively clear of his own guitar throughout much of the album, but when he plays he soars, and it does very little to take away from both Waters’ brilliant, affirmative vocals, and the incredible musicianship that backs him.

You can learn more about Willie “Big Eyes” Smith who played drums on this album here.

Recommended Track: I Can’t Be Satisfied

The Real Folk Blues is a truly blue album, plodding and passionate and sorrowful, carried by the sheer weight of Hooker’s voice.

Released in 1966 under (you guessed it) Chess Records, the album features nine original songs from Hooker. It’s a great mixture of up-tempo tracks (see “One Bourbon, One Scotch, One Beer”, “Let’s Go Out Tonight”) and the aforementioned slow and sorrowful (see “I’m In The Mood”, “I’ll Never Trust Your Love Again”).

Recommended Track: I’m In The Mood

It is utterly integral that anyone first approaching the blues should go back and listen to the Delta blues, which got its name from its place of origin – the Mississippi Delta.

Its blend of acoustic guitar, harmonica, and slide, is a pure and soulful sound. Delta blues singer Robert Johnson is perhaps both the most widely known and regarded, and for good reason. Johnson spawned classic blues songs of the highest calibre, including Cross Road Blues and Sweet Home Chicago.

Few recordings exist of Johnson, and those that do can vary in quality, but Johnson’s music manages to perfectly capture the zeitgeist that enraptured much of the early Delta blues music, and 1937’s King Of The Delta Blues Singers contains some of the best recordings from the legendary singer and guitarist.

2. Moanin’ In The Moonlight – Howlin’ Wolf

This compilation album, released in 1959 under legendary Chess Records, was the debut album from the equally legendary Howlin’ Wolf.

It contains some of Wolf’s most popular singles, such as “Smokestack Lightning”. In 2020, Rolling Stone placed the record as 477th on their list of “the 500 Greatest Albums of All Time”.

The album features performances from not only the esteemed Wolf himself, but also blues legends Otis Spann (piano), and Willie Dixon (double bass, and a producer on the album, too).

It’s worth noting that as with many of the great blues albums of the time, the Chess brothers were present as producers.

This album puts Wolf’s genuine howling on full display, along with his exceptional and passionate harmonica playing; an instrument that seems just about made for him.

Wolf puts his vocals through the works over the course of the album‘s brisk 33-minute runtime with both his bellowing vocals and relentless harmonica.

BB King was undeniably one of the most influential and unique blues performers of his time, though his influence has continued on to this day.

Throughout his career, he had plenty of passionate and skillful performances; both with his guitar Lucille and his own voice, but B.B. himself believed that one of his best performances was inside of Cook County Jail during 1970, performing How Blue Can You Get?

The song is perhaps the most joyful performance on the record, despite its bluesy tone and lyrical content, and sees King at his most passionate – especially so with his vocal performance towards the second half of the song.

The rest of the album is packed with BB King‘s methodical and boxy guitar style, containing some of his most emotional playing.

This live blues album, released in 1971, is proof that a guitarist need not play at a hundred miles an hour to impress, and as always with King, is the perfect example of skilful restraint.

As a quick side note, it’s worth mentioning that this live album is often overlooked in favour of King’s more popular performance, Live at the Regal, which is also definitely worth listening to.

Recommended Track: How Blue Can You Get? 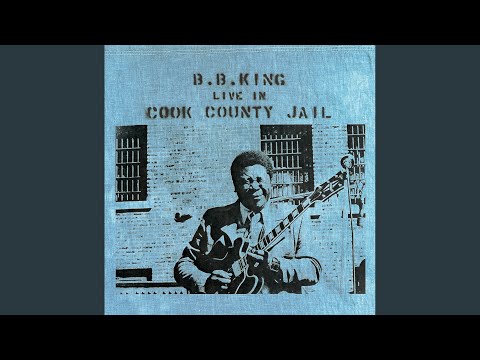 Of course, there are countless other great blues albums to discover, but we hope this list will give you a good springboard for further discovery.

If you’re looking to dive deeper into the blues, check out our guides the the most famous blues guitarists ever, essential blues singers, famous blues saxophonists and iconic blues musicians.