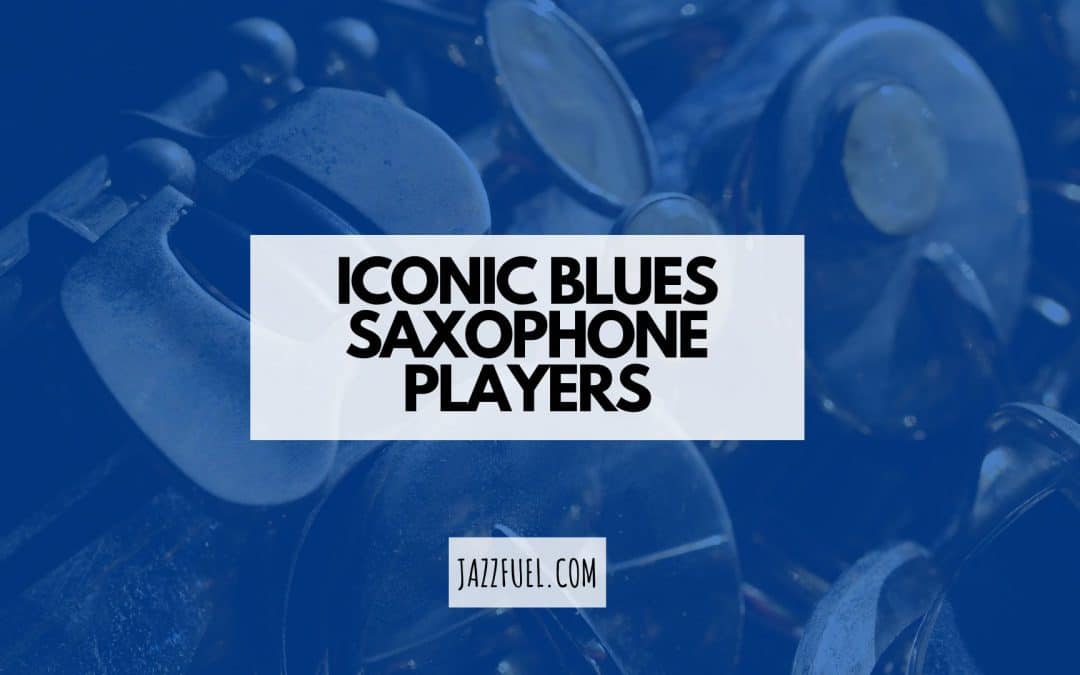 If blues music laid the foundations for jazz as we know it today, it makes sense that those early saxophone players influenced those instrumentalists who came after.

In this guide, we’ve picked 10 famous blues saxophone players that should be on every fans’ radar.

Rhythm and blues player Bill Moore was most famous for playing the tenor saxophone, with his most well-known song “We’re Gonna Rock, We’re Gonna Roll” regarded as one of the earliest examples of “Rock n’ Roll”.

Originally starting on the alto sax at an early age before a brief stint as a professional boxer, Moore switched to the tenor after being inspired by Chu Berry and Illinois Jacquet.

Later on in his career, Marvin Gaye sought Moore out to play on his album “What’s Going On”. Moore featured on the track “Mercy Mercy Me”. 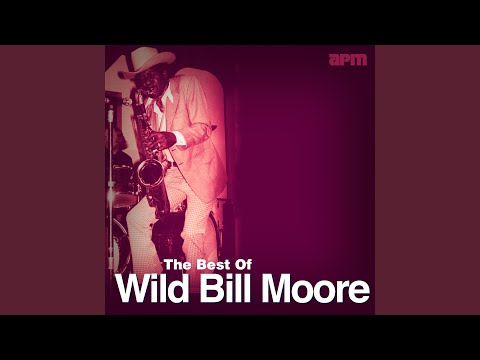 Willis Jackson started performing as a teenager in 1948 when he joined the band of trumpeter Cootie Williams, for which he played until 1955.

After that, Jackson began a relatively long career as a session player and solo artist. He recorded a variety of R&B for Atlantic Records and toured as the leader of the backing band for the singer Ruth Brown, with whom he was publicly (but not actually) married.

In 1959, Jackson joined with Prestige Records, where he recorded many blues-infused albums.

Recommended Track: Good to the Bone

After teaching himself to play when he was just twelve years old, Sil Austin won the Ted Mack Amateur Hour in 1945, playing “Danny Boy”.

As a result, he earned himself a recording contract with Mercury Records and moved to New York to study at the Juilliard School of Music.

Austin recorded more than 30 albums for Mercury, and some of his more ‘pop’ tracks even hit the Top 40.

Austin left Mercury in the 60s to record with other labels such as SSS.

He was known for having a more “commercial” sound than most of his blues saxophone contemporaries, catering to the youth’s love for rock and roll at the time.

Massively inspired by the jump blues (a precursor to R&B that was especially popular in the 1940s), Walker – and his band, The All Stars – were primarily known for a much more commercial sound than their blues contemporaries.

The album was the band’s first real hit, and the title track was even nominated in 1965 for a Grammy Award for Best Rhythm and Blues recording.

Walker was a huge part of commercial music at the time, both as a sax player and as the bandleader of Junior Walker and The All Stars.

He would later perform as a session and live saxophonist for the band Foreigner during the 80s alongside his continued association with The All Stars. 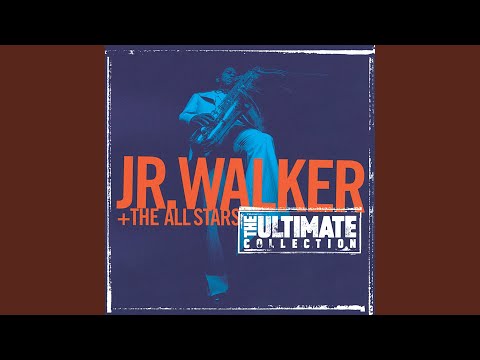 Well known as a pioneer of R&B, he had several hit songs that included “Harlem Nocturne” and “Flamingo”.

Stylistically, Bostic was known for having a particularly growl-like sound in his playing and is considered an early influence on sax legend John Coltrane.

In fact, Bostic’s band (which he formed in 1945) even included Coltrane at one point, as well as various other musicians who would go on to be important players in the world of jazz music.

Before he formed his band, Bostic was also a respected player at the famous jams that were held at Minton’s Playhouse in Harlem.

As well as being a prolific saxophonist, Bostic also had credits as a songwriter/arranger, most famously for Louis Prima and Paul Whiteman.

Among his hits as a behind-the-scenes man are “Let Me Off Uptown” (Anita O’Day and Roy Eldridge), and “Brooklyn Boogie” (Louis Prima, Brooklyn Dodgers).

Known as the “Wild Man of the Tenor Sax” as a result of his signature stomping style, Cobb was most famous for writing the words as well as the music for the jazz standard “Smooth Sailing” in 1951.

Despite this, Cobb had a brilliant ability for the blues. This is most prominent on his record “Presenting Arnett Cobb” from 1951.

Early in his career as a performing musician, Cobb played with Milt Larkin from 1936 through to 1942. Cobb’s bandmates in Larkin’s band included Illinois Jacquet and Wild Bill David, among others.

After starting his own seven-piece band, and with some serious skill as a bandleader and blues saxophonist, Cobb’s career was cut short by a serious illness that resulted in spinal surgery.

Despite recovering and re-forming his band, Cobb was once again stopped in his tracks in 1956 by a car crash which, whilst not fatal, made him permanently reliant on crutches.

Despite this, however, Cobb overcame his injuries to work as a soloist throughout the 1970s and 80s both in the United States and elsewhere.

Known primarily as an R&B saxophonist, McNeely was one of the most flamboyant saxophonists of his time, inspired heavily by fellow blues saxophone great Illinois Jacquet.

McNeely had his first hit with “The Deacon’s Hop” in 1949 (topping the Billboard R&B chart). His 1955 album, “Presenting Big Jay McNeely”, is a stomping, up-tempo, relentless record full of the stylistic honking that McNeely was so revered for.

As a result of his skills as a frontman and “honking” style, McNeely managed to remain popular throughout the 1950s  and early 1960s. During this time he recorded for several record labels, including Exclusive, Aladdin, and Swingin’, among others.

McNeely had a hit with the R&B ballad, “There Is Something on Your Mind” in 1959, but it wasn’t enough to sustain his career past the early 60s. Due to this, McNeely hung in the towel and became a postman in 1971.

However, after his hiatus in the 70s, McNeely returned in the 80s with thanks to an R&B revival and began touring and recording as a full-time musician.

McNeely’s original tenor saxophone has been put on display in Seattle’s ‘Experience Music Project’ and he also has a place in The Rhythm and Blues Music Hall of Fame.

Dubbed one of the most important instrumentalists in Rock n’ Roll by Phil Alvin, his bandmate in the band “The Blasters”, Allen was a tenor saxophonist with a distinctive bluesy tone.

A pioneer of rock and roll during the 1950s, particularly around New Orleans, he recorded with various leading musicians as well as having a thriving solo career himself.

The most noteworthy of Allen’s recordings with other performers include his work with Fats Domino and Lloyd Price. From 1955 through to 1956, Allen also performed as a soloist for Little Richard.

Allen’s most famous instrumental, released under Ember Records, was the minor hit “Walkin’ With Mr Lee”, which was released in 1958.

Several other of Allen’s singles were collected on the album which was also titled “Walkin’ With Mr Lee”. 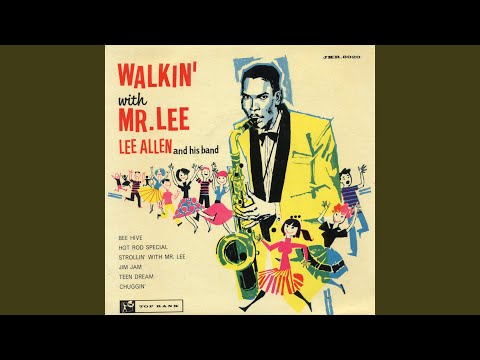 Rising to fame for his solo on Lionel Hampton’s “Flying Home”, which is widely regarded as the first R&B saxophone solo, Jacquet was a pioneer of the “honking” tenor that became a primary feature of jazz, blues and early rock and roll.

Although known for this honking sound, he also possessed great melodic and improvisational skills.

Also known as a jazz musician, he has had great influence on other blues saxophonists, and is not without skill in the blues, as his performances of “I Surrender Dear”, or “The Blues Live From Chicago Opera House” pay testament to.

Known primarily as an alto saxophonist, Louis Jordan was a multi-instrumentalist able to play all forms of the saxophone, as well as the clarinet and the piano.

Also a songwriter and bandleader, he remained popular from the late 1930s all the way through to the early 50s.

Jordan reached his commercial peak towards the end of swing, during which he was known as “The King of the Jukebox”.

In 1987 he was inducted into the Rock and Roll Hall of Fame as an “early influence” on the genre.

Jordan was also known for his charismatic personality, a trait that made him a great frontman for over twenty years. During his time, Jordan duetted with some of the most revered singers, including Louis Armstrong, Ella Fitzgerald, and Bing Crosby.

Jordan’s career began in big-band swing during the 1930s, but what he became primarily known for was pioneering and popularising jump blues.

His heavily syncopated and rhythmic music made him extremely commercially viable, as well as his ability to move with the times; appearing in films and musicals, introducing the electric guitar to his music in the mid-1940s, as well as pioneering the use of the electronic organ.

On top of being a commercial success during the pre-rock era and a pioneer of the jump blues, Jordan was a massive influence on the genre that was to surpass him – Rock and Roll, which in itself was built upon the groundwork laid by blues music.

Though unrelated to Jordan’s skills as a saxophonist, Louis Jordan and his Tympany Five released a song in 1946 titled “Ain’t That Just Like A Woman”, to which Johnny B. Goode’s guitar intro bears a striking resemblance.

Recommended Track: Is You Is Or Is You Ain’t My Baby? 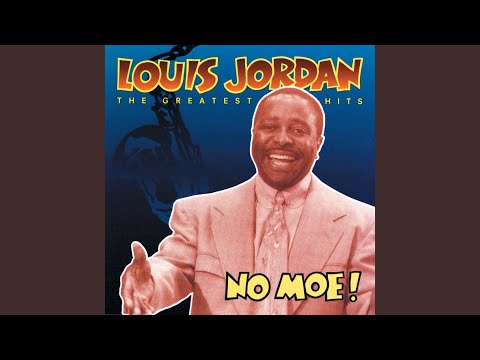 Looking for more? Check out our round up of the most famous blues musicians and best blues albums of all time!

You can also head to our saxophone homepage for everything saxophone-related!