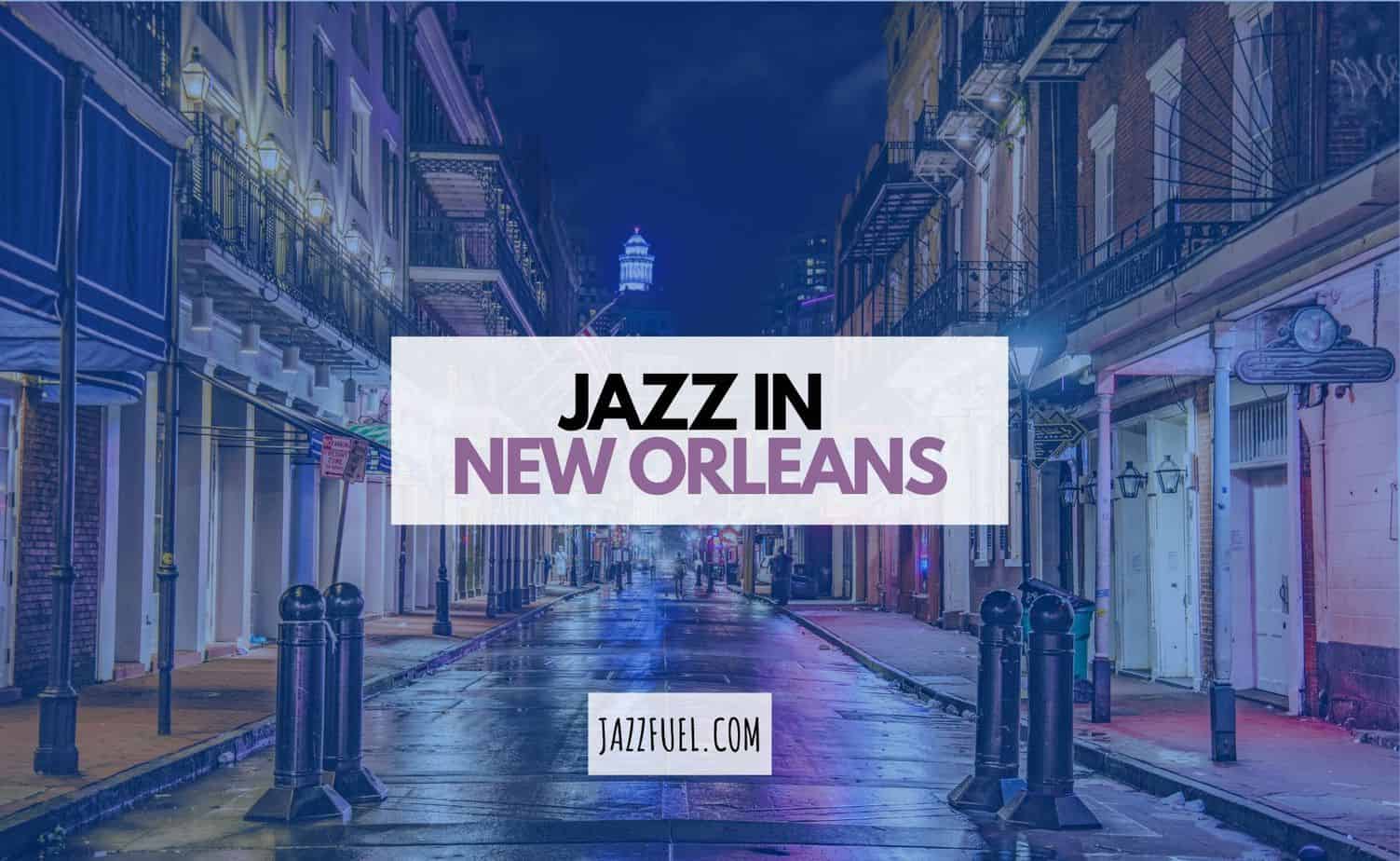 As the birthplace of jazz, New Orleans is one of many American cities where you can catch a world-class set from an amazing band almost any night of the week.

In this guide, we’ve highlighted some of the best jazz clubs the city has to offer.

Back in the early 20th century, the port of New Orleans was a melting pot of culture, with people from all over Europe and Africa converging in one place. In terms of music, as with many areas of life, it led to new ideas.

From the churches to the bars, West African rhythms met European melodic structures and Caribbean sounds met the popular ‘American’ songs of the day. Over time, this new sound, encompassing all these styles began to emerge as a distinct genre of its own.

Charismatic trumpeter Buddy Bolden may have claimed credit for ‘creating’ jazz, but really it was a slow evolution of a lot of factors.

But whilst the exact ‘date of birth’ is impossible to define, New Orleans can take credit for being the birthplace, with the sound of jazz being integral to the city’s identity and culture to this day.

A long line of world-class musicians have come out of New Orleans – from the grandfather of jazz, Louis Armstrong –  to modern day icons such a Wynton Marsalis (and, of course, the rest of his musical family) and Harry Connick Jnr.

If you’re looking to tread in their footsteps and visit the birthplace of jazz, here’s our guide to 5 of the best jazz clubs in New Orleans…

The Blue Nile is one of the longest standing clubs on Frenchman Street, this historic music district in New Orleans’s Marigny neighbourhood. It’s former incarnation, the Dream Palace, was actually the first bar on the block to feature live bands.

The venue is known for featuring jazz, soul, funk, and bluegrass music from some of the greatest musicians in the world. New Orleans legends like Kermit Ruffins and Trombone Shorty are known to frequent the Blue Nile, as well as lesser-known local performers who rank among the greats for skill and performance ability.

Live music is a vital aspect of the culture of New Orleans and the Blue Nile is the epicentre of that, with continuous music emanating from the club and spilling into the street.

In true New Orleans fashion, there is typically little separation between the performers and the audience. It’s the perfect place for music lovers who want to soak up the rhythm and melody in the way that it’s meant to be consumed – as a collaborative activity between the band and the audience.

Check out The Blue Nile: bluenilelive.com

Another stop on Frenchman Street, the Spotted Cat, is a quintessential staple of New Orleans jazz culture.

It’s been recognised by numerous publications and media outlets as one of the best jazz clubs in America and it’s been featured in several films and televisions shows, including HBO’s Treme.

The Spotted Cat is the perfect spot for those who are looking for an authentic New Orleans jazz club and features 2 or 3 bands each night, 7 nights a week.

The stage isn’t much more than an alcove in front of a window to the street. However, some of the greatest musicians in New Orleans history have performed there and every weekend it’s packed shoulder to shoulder. It has a grimy, yet posh ambiance that makes you feel like you’re back in the New Orleans of the ’20s but without any cheap gimmicks.

The owner of the Spotted Cat also runs another music club on Frenchman called Café Negril that is a hotspot for rock, funk, reggae, and blues bands as well. If you’re looking to make a few different stops on a night out Café Negril is also a must-see.

Check out The Spotted Cat: spottedcatmusicclub.com

Fritzl’s European Jazz Club on Bourbon Street is a famous spot for local and international jazz musicians alike and is the oldest operating jazz venue in the whole of New Orleans.

A quaint jazz bar, the club manages to cater to tourists whilst honouring its roots, despite its location in the heart of New Orlean’s rowdiest blocks.

Seven nights a week – and some daytimes too – patrons can listen to some of the best local groups and solo musicians performing traditional New Orleans jazz standards like Mack the Knife or When the Saints Go Marching In.

Fritzl’s offers amazing happy hour specials and a wide variety of drink and food options, making it a popular destination for visitors of the French Quarter. It’s managed to gain an international reputation by preserving the sound of traditional New Orleans jazz.

The club’s music director Kevin Ray Clark performs Wednesday through to Friday at the club, as well as with the New Orleans Nightcrawlers Brass Band.

Set in the Uptown part of New Orleans, the Maple Leaf Bar on Oak Street is one of the city’s premier jazz clubs. It opened in 1974 with a performance by Andrew Hall’s Society Jazz Band who continued a weekly residency for 7 years!

That may have stopped in the 80s, but, more recently, 2018 Grammy Lifetime Achievement winner George Porter Jr. maintained a Monday night slot with his trio.

It’s a popular destination for college students due to its proximity to Tulane and Loyola University, but is far enough away from the tourist spots and it doesn’t get as crowded as many downtown venues.

Not only is The Maple Leaf Bar a famous venue that has hosted a variety of acclaimed performers like the Rebirth Brass Band, James Booker, Papa Grows Funk, and The Radiators, many of them have recorded live albums at the venue.

Tipitina’s on Napoleon and Tchoupitoulas is another historic New Orleans music venue that is a must-see for jazz fans and musicians.

Founded in 1977 as a performance venue for New Orleans legend Professor Longhair, Tipitina’s is one of the city’s most notable clubs.

Host to a wide variety of musical acts and performances, it has nurtured some of the city’s greatest talents. Professor Longhair, Gigantic, Dr. John, the Meters and the Neville Brothers all started at the Uptown bar and it’s not uncommon to see any of these acts return.

Although Tipitina’s isn’t strictly a jazz club, it’s presents an authentic representation of New Orleans music. Like the gumbo it’s famous for, New Orleans is a culture that is made up of bits and pieces of many different ingredients.

On any given night at Tipitina’s, you may hear jazz, funk, soul, rock, R&B, reggae, or zydeco, separately or all at once. Genre is of little significance in New Orleans and those who appreciate the culture will love what Tipitina’s has to offer.

Of course, New Orleans is a big city with no shortage of bars or live music – so this list is just the tip of the iceberg. But if you find your looking for gigs in the Big Easy, these 5 are a good place to start…