Jazz At The Philharmonic | History, Musicians & The Concerts 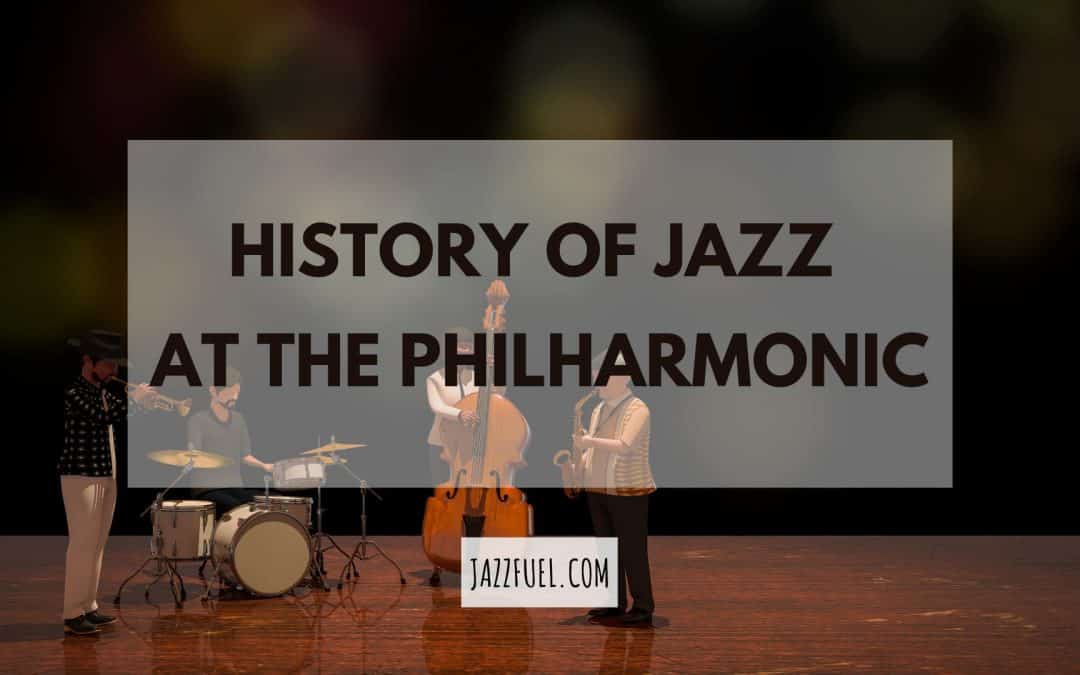 There can be very few jazz fans who have not been acquainted with Jazz At the Philharmonic in one way or another. It’s also difficult to imagine how post war jazz would have evolved without these wonderful concerts and recordings, as we unravel in this article…

What started out as a couple of concert performances, rapidly developed into an unstoppable music machine that would enhance the popularity and accessibility of some of the greatest jazz musicians not just across the United States but the world beyond.

From it’s modest beginnings, Jazz At The Philharmonic would go onto to present world class jazz both live and on records from 1944 to 1983.

Jazz At The Philharmonic, often shortened to JATP, was the brainchild of impresario, Norman Granz, and the first JATP concert was held at Philharmonic Auditorium, Los Angeles on Sunday 2nd July 1944.

With the success of the concert, which Norman Granz had funded on the meagre budget of $300 (which incidentally he had borrowed), a second concert was lined up for the end of July, and further two concerts before the end of the year.

Several more concerts were arranged for 1945 with an ever-changing cast of musicians.

As time progressed however, and as Granz shifted the emphasis away from one of concerts to JATP tours as they were now being billed, there would be musicians who Granz had a particular liking for, or who were recording for his label, would become regulars on the JATP stage. 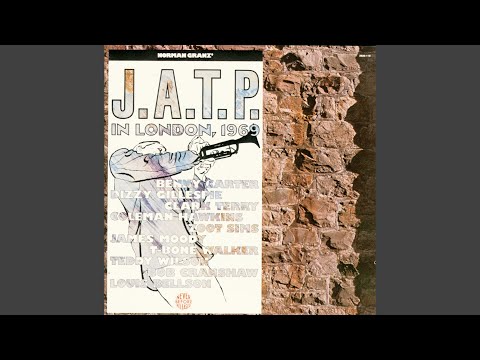 One such musician was the tenor saxophonist Flip Phillips who did not miss a gig from 1946 to 1957. Other regulars on the JATP tour bus would include Ella Fitzgerald, Lester Young, Coleman Hawkins, Charlie Shavers, Buddy Rich, Oscar Peterson and Barney Kessel.

With his penchant for swing and bebop musicians the resulting music would pitch musicians with different styles together in friendly cutting contests.

In 1946 Granz took the bold move to take Charlie Parker on the road as part of his entourage, a risky gambit in light of Parker’s addiction to heroin, yet the altoist proved to be quite a crowd pleaser and went on to do several tours over the coming years.

Granz ran his tours with precision. Nothing was left to chance and concerts were well advertised in both the press and on local and national radio stations, as well as regular concert broadcasts.

Where Granz was very canny however, was in recording many of the concerts to release on his own labels. In the early fifties with the advent of the long playing records again Granz spotted an opportunity.

Whereas many in the industry were resistant to change, Granz embraced the LP and its increased playing time to present, as continuous performances some of the longer jam sessions that would be a staple of the JATP concerts.

So just who was this single-minded jazz fan turned promoter and record producer?

Norman Granz was the son of Russian Jewish immigrants who moved to Los Angeles in 1918. Granz’s interest in jazz began upon hearing Coleman Hawkins classic recording of ‘Body And Soul’ shortly after it was released in January 1940.

Granz started organising his first jam sessions in 1942, and working out arrangements between black and white musicians unions so that mixed bands could work as a single unit.

One of Granz’s regular line up would feature Lester and Lee Young with the Nat King Cole Trio that prove to be a success.

To capitalize on this, Granz had also started his own record label Clef Records in 1947. Clef was an imprint within the larger Mercury Records and Granz would start releasing 78 rpm records featuring performances from JATP concerts.

Early JATP releases included ‘How High The Moon‘, ‘JATP Blues’ and ‘Perdido’. In an astute business move, Granz retained all rights and ownership of JATP recordings thus ensuring that they did not belong to any subsidiary or umbrella labels.

This ensured that when Granz decided to move on and set up other imprints he could continue to release JATP recordings.

Jazz at the Philharmonic Goes Global

In 1950 Norman Granz began to make plans to take JATP to Europe, and this would eventually come to fruition in 1952, and in 1953 toured Japan.

The same year witnessed the beginning of the era of the LP, and Granz would again seize his moment issuing JATP performances on Clef Records.

Also, recording others in a who’s who of jazz that included Count Basie, Buddy Rich, Ben Webster, Stan Getz, Roy Eldridge, and Lester Young. All of whom had also participated in JATP concerts.

Almost singlehandedly Granz was modifying and perfecting a method of arranging tours and recordings of a core concept on a large scale, taking JATP around the world.

This would be the template followed by many others in the music industry, and set the standard for introducing music to a global audience. 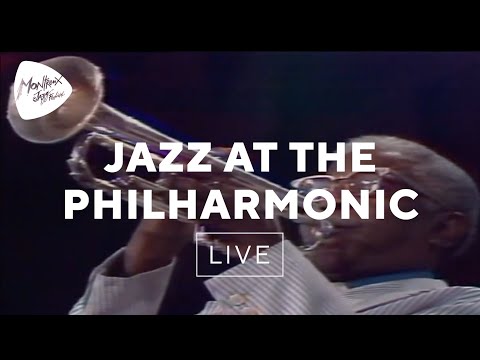 Granz would go onto repeat his success with the formation of other labels, most notably Verve which would also release a significant body of work from JATP.

Such was the success of JATP concerts and the resultant LPs that the successful formula would run from 1944 to 1983.

Many of the recordings are still in print and continue to bring the best of post war jazz played by some of the giants of the music, a timely reminder of the origins of the music in the clubs, jam sessions and cutting contests that played such an important part in the evolution of jazz.

Indeed, these recordings are viewed as important documents in the history of music in America.

In 2010, the Jazz At The Philharmonic recordings entered the National Recording Registry, as selected by the Library of Congress as recordings that were “culturally, historically, or aesthetically significant”.

All in all, JATP has left us with a fascinating and lasting legacy.

Looking to discover the recordings from Jazz at the Philharmonic?

Spotify have compiled this playlist featuring more than 2 hours of highlights from the series.

Alternatively, you can find a pretty comprehensive list of album titles here via Discogs.