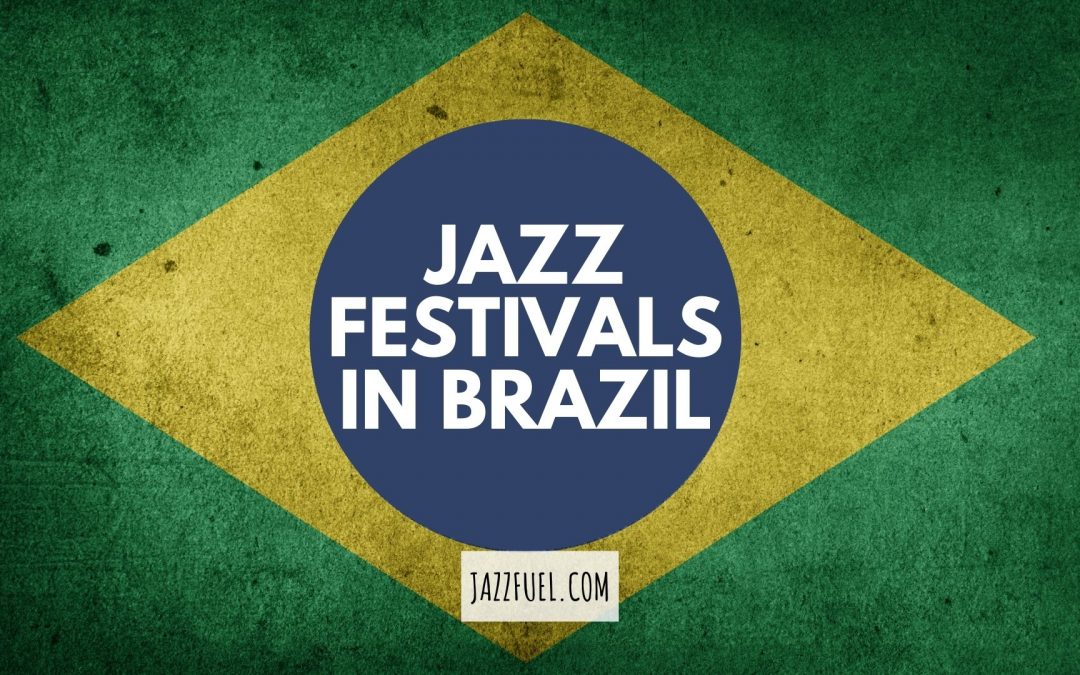 Brazil has produced some of the most legendary names in jazz, including Carlos Jobim, Gilberto Gil, João Donato, Ivan Lins and Elis Regina and is home to musical styles like Samba and Bossa Nova which continue to influence the sounds of jazz to this day.

The country’s rich musical legacy is reflected in its diverse range of music festivals. In this article, we’ll be taking a look at six of the best jazz festivals in Brazil and how they have responded to the pandemic.

After eighteen challenging months, some of the most important jazz festivals in the country are back.

2021 started off full of uncertainties, but the gradual return of live cultural events has given rise to optimism. We spoke to the organisers of some of the best jazz festivals in Brazil who talked about their plans for the future of their event.

Celebrating its sixth edition in 2021, the POA Jazz Festival in the city of Porto Alegre in the South of Brazil opens this list of the best jazz festivals in Brazil.

This year, the festival had a hybrid format with all activities concentrated into one day.

On Saturday, November 6, jazz fans enjoyed six concerts and two workshops from big names on the Brazilian jazz scene like guitarist Lula Galvão and Quintetto Canjerana along with international acts such as the Devon Lamarr Organ Trio.

Although it had to limit seats due to the pandemic, the festival offered free live streaming available via the Ling Institute YouTube channel – the venue that hosted the festival.

Next on the list is Festival de Jazz do Capão (FJC). The ninth edition of the event was held in Vale do Capão, in Bahia.

Famous for its unique atmosphere, the festival began with a series of workshops on November 9-10 and continued with a programme of concerts on Nov 12-14.

Due to the pandemic, the programme was also broadcast from Friday to Sunday, via YouTube. International headline acts at the 2021 edition included the Venezuelan-born Los Angeles-based, Otmaro Ruiz, German sax led band Wanja Slavin Lotus Eaters.

Creator and artistic director of the Festival de Jazz, Rowney Scott explained: “carrying out the festival in a virtual way and without a live audience was never a possibility for us on the team. The essence of the Festival de Jazz is the materiality of nature, human and non-human. This immeasurable sensory experience has always been the most important thing for everyone who experiences the festival”.

Last year, the festival gained great notoriety when the Brazilian federal government disqualified it from fundraising from the private sector.

The episode drew attention due to the government’s questionable justifications for their decision. One justification that officials cited was a post on social networks, in which the festival called itself “anti-fascist and pro-democracy”.

The media attention led to reactions of solidarity and support from thousands of people and institutions, making the current edition feasible.

Conceived in 2005 as an initiative from the Government of the State of Amazonas, the festival has been run by artistic director Rui Carvalho since its first edition in 2006.

Carvalho, the first conductor of the Amazonas Band – a big band linked to the state Secretariat of Culture – is also responsible for the general structure of the Festival, divided into concerts and educational activities.

The long-awaited 10th edition will finally take place in July 2022, and it comes with several new concepts, starting with a new name. Previously known as Festival Jazz Amazonas, now the festival is adding ‘Green’ to the title as it seeks to face the challenge of aligning cultural sustainability with environmental sustainability.

“The organizational structure of the 10th edition of the festival, which should have been held in March 2020, reflected already the intention to represent various actors and segments of society”, explains Carvalho.

Forced to change plans, last year Amazonas Jazz Festival presented free live sessions in a series called “Jazz in the Room’. The sessions are available to watch on the University of the State of Amazonas’ YouTube and Facebook channels.

Carvalho explains the dynamics of the project: “As this was an unprecedented project, specific strategies were developed in terms of content development and sharing, in order to foster interest in the Festival. In terms of content, we offered debates, films, music presentations, workshops, DJing, history of jazz, and even a virtual reality room.”

Currently working on a book about the Festival and its stories, when asked about the legacy of the past year and a half, Carvalho considers the hybrid format a change that is here to stay:

“I believe we can keep the structure of presentations and workshops/lectures. However, some changes will necessarily be present after such a traumatic experience for humanity. The use of social networks for broadcasting events has already become a reality that we intend to improve. It allows us to reach a greater audience, which will certainly contribute to enhance the festival, which has already become a reference in Brazil.”

In February 2016, Juca Jazz started in Americana, a small town in the countryside of São Paulo. Created by photographer and producer Juarez Godoy, who defines the event as a “musical movement”, Juca Jazz is famous for showcasing the work of great musicians from the region.

The festival started as monthly meetings at the John Gow pub and it grew very quickly. Since 2017, the Brazillian jazz festival has presented a series of concerts on stages spread around the city.

In the same year, it became part of the annual global celebration of jazz, International Jazz Day.

“In the educational area, we have already carried out some workshops as part of the Juca Jazz Festival program and we project a more effective and permanent performance with the community, having music as a vehicle for social inclusion. We expect government support and sponsors to carry out this idea, which is in line with the activities encouraged by UNESCO”, explained Juca.

The fifth edition of the festival, on the Juca Jazz online stage, took place on April 29 -30. In addition to paying tribute to jazz, the 2021 event also showcased Brazilian music, with a series of live shows from local and national musicians. Talking about the future perspectives of the festival, Juarez refers to the origins of jazz:

“Jazz was born in the streets of New Orleans. Since April 2019, we had four events at the São Paulo Garden Square, here in Americana. A huge success, combining music, dance, folklore, crafts and gastronomy in a family-friendly environment.

“The events on public spaces have always been our goal from the very beginning. We will continue to privilege this format, bringing together different kinds of cultural activities for a larger audience. As for the future, we believe that outdoor concerts will be a trend.”

Ibitipoca Jazz Festival was founded by guitarist, composer and producer Hérmanes Abreu who, along with his group – formed by Márvio Ciribelli (piano), Dudu Lima (bass), Rocir Abud (drums) and Paulo Willians (trombone) – performed at the Montreux Jazz Festival in Switzerland in 1999,

It was this performance that inspired him to create a similar event in Brazil. The following year, the first edition of the festival took place in Ibitipoca, a small town in southern Minas Gerais.

“We chose Ibitipoca because it is a magical place, with a unique landscape,” says Abreu.

“We started from zero. At that time in Brazil, there were only a few jazz festivals – survivors from the 1980s. Gradually, jazz festivals started to grow again, despite all the difficulties we had to get sponsorships.

“Currently, the Ibitipoca Jazz Festival has some faithful partners, which helps us to keep the ticket price compatible with the Brazilian economic reality. The fact that I am a musician and composer, with a background in Jazz Composition (Berklee, Boston) helped a lot to create a very good relationship with musicians in Brazil and abroad. We understand all their difficulties and the musicians understand our difficulties, too”,

The collaborative spirit of the festival ensured the 21st edition could go ahead. It took place online, broadcast on bassist Dudu Lima’s Youtube channel.

“Music somehow has to happen for people need culture. I hope we will find some way to make the festival economically viable. I am sure we will learn a lot from all this, as we have always learned and evolved all these years. Maybe next year I will see you in Ibitipoca, too.”

As one of the most popular and best-known jazz festivals in Brazil, The Rio das Ostras Jazz & Blues Festival describes itself as “The biggest free music event in Latin America”.

The return was a triumph with more than 30 national and international shows taking turns on the stage, all completely free!

Head to our dedicated page for jazz festivals and clubs to discover more great events across the world, from London to New York.