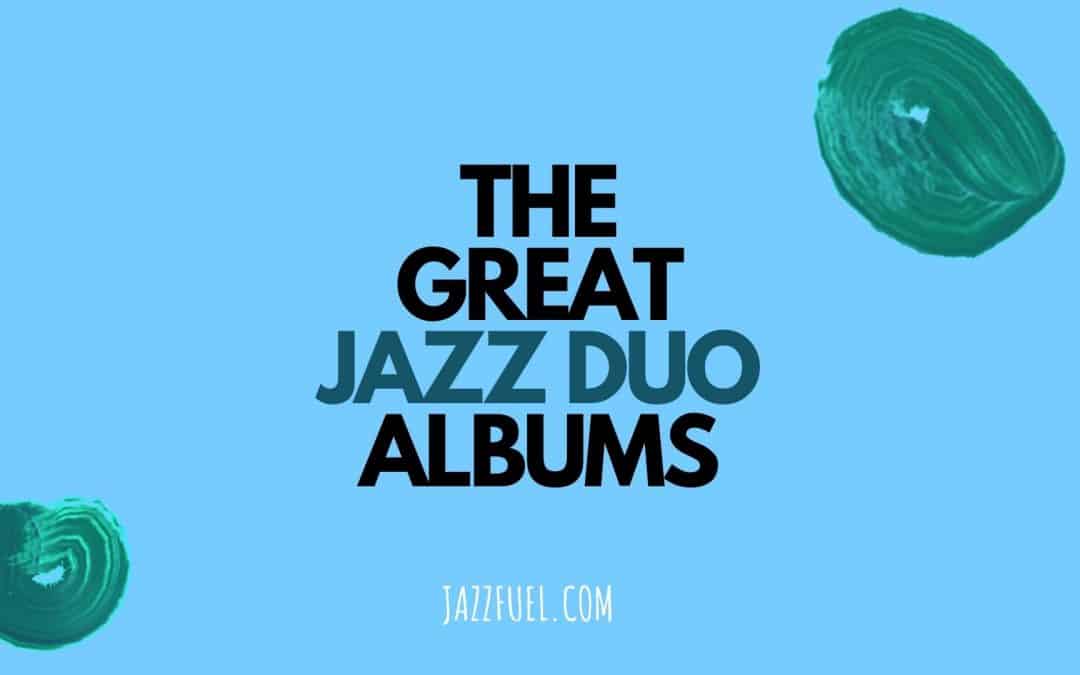 We’ve already dived into the topic of the great jazz trio albums through history, so today it’s the turn of the rarer duo. Stay tuned for 10 essential duet albums (with video) for your listening list!

Throughout the history of jazz, instrumentalists and vocalists have explored the duo setting, enjoying the space to experiment and play differently.

In this article, we’ve highlighted 10 of the greatest jazz duo recordings of all time, by some of the most famous jazz musicians around!

Read on for our picks – and feel free to share your own in the comments!

Jimmy Blanton was a sensation on the double bass, redefining the instrument’s role with his melodic plucked and bowed solos. He joined the Duke Ellington orchestra in 1939, aged just 21.

These tracks show the great inventiveness, subtlety and sophistication in Blanton’s playing. His best-known feature with the big band is ‘Jack the Bear’.

Jimmy Blanton died of tuberculosis at the age of just 23.

While a few bass players had recorded solos before him, his virtuosity was on another level and he inspired countless other players, most notably Ray Brown.

He and Ellington recorded a tribute, ‘This One’s for Blanton!’ in 1972.

Another bass revolutionary, Charlie Haden, has probably made more duo recordings than any other musician in our list.

Each one is satisfying in its own way and Haden’s earthy, intuitive playing is a constant throughout. To list a few:

Our pick though, is ‘Beyond the Missouri Sky (Short Stories)’ – a beautiful recording made with guitarist Pat Metheny. 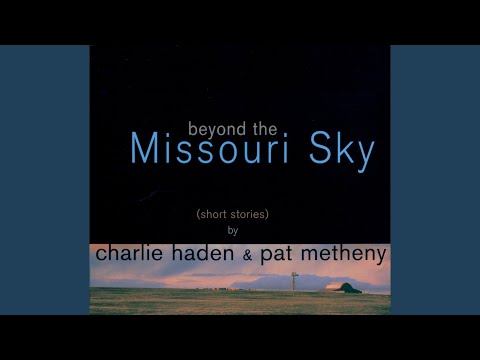 On tracks such as Jimmy Webb’s ‘The Moon Is A Harsh Mistress’, their dialogue evokes the open spaces of the American Midwest, where they both grew up.

The two players sound so good together and the simplicity of Haden’s approach allows Metheny to wring every drop of emotion from ‘Cinema Paradiso [Love Theme]’.

Singers and pianists are obvious duo partners and the pairing of Tony Bennett and pianist Bill Evans is one of the best. It’s a remarkably ‘equal’ match, with Bennett and Evans only doing what is best for the music.

‘My Foolish Heart’ and ‘But Beautiful’ are some of the highlights on this set of standards from the American Songbook. Evans’ impressionist arrangement of ‘Some Other Time’ is taken from the pianist’s ‘Peace Piece’, also used on Miles Davis’ ‘Flamenco Sketches’.

Both are improvisers of great facility yet their playing is so expertly interwoven that the soundscape never feels cluttered.

Most of the compositions are by Corea, including the haunting title track. Playful themes such as ‘Señor Mouse’ have a lovely lilting rhythm for the pair to improvise over. A few carefully chosen gems by Steve Swallow and Mike Gibbs complete the set.

‘Undercurrent’ is another meeting of like-minded players that works brilliantly.

Pianist Bill Evans and guitarist Jim Hall each draw warm, long tones from their instruments. Their approach is more conventional than with Corea and Burton, with each player taking turns to solo.

Highlights include a rapid take of jazz standard ‘My Funny Valentine’, a gorgeously slow ‘Darn That Dream’, and Hall’s ballad ‘Romain’. In 1966 they made another recording, ‘Intermodulation’. 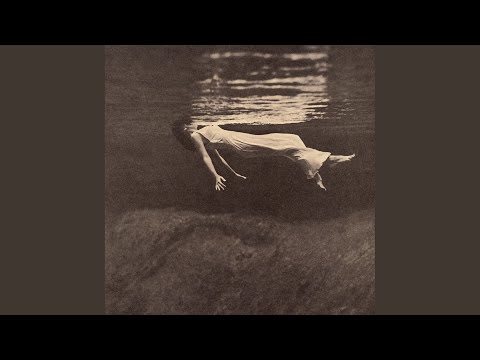 Composer and pianist Carla Bley and bass player Steve Swallow are partners in life as well as music, so a duo recording was perhaps inevitable.

‘Duets’ is fine collection of Bley’s compositions and a rare opportunity to hear her solo at length, as many of her recordings are for large ensembles.

Among the many hightlights are the Monk-ish ‘Baby Baby’ and ‘Romantic Notions # 3’ and the angular, boppish ‘Walking Batteriewoman’.

Steve Swallow, a pioneer of the bass guitar in jazz, takes some guitaristic solos on several tracks. Also a prolific composer, he contributes the latin number ‘Ladies in Mercedes’ and the bright waltz ‘Remember’.

‘Go Together’ and ‘Are We There Yet?’ are two equally enjoyable duo recordings from the pair.

Pianist Herbie Hancock and saxophonist Wayne Shorter were members of Miles Davis’ second great quintet of the 1960s and have collaborated on many classic group recordings since the Blue Note era.

‘1 +1’ is an opportunity to hear these jazz legends, also great friends, in intimate musical dialogue. 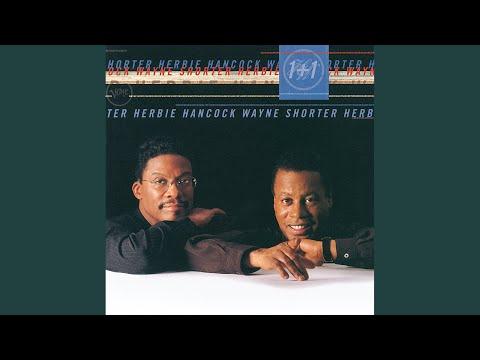 The avant-garde saxophonist Archie Shepp and the virtuoso double bass player Niels-Henning Ørsted Pedersen may seem unlikely duo partners but this pairing proves to be an inspired one.

The programme of tunes associated with Charlie ‘Bird’ Parker may also seem an odd choice, as Shepp’s style on tenor and soprano owes more to early jazz and the avant garde than to bebop.

But he had already recorded a number of Parker tributes, and although his playing remains loose and raw, he’s clearly done his homework.

Highlights include the fast ‘Ornithology’, the lilting ‘Yardbird Suite’ and the emotion-filled ballads ‘How Deep Is The Ocean’ and ‘Embraceable You’.

Pedersen is best-known for playing with Oscar Peterson and made duo recordings with guitarist Joe Pass, singer and pianist Tania Maria, and many others.

He is melodic and technically brilliant throughout, surprising the listener with chords, harmonics and the grooves that he lays down. The album is a real tour de force for jazz double bass.

Vocalist Norma Winstone and pianist John Taylor recorded separately and together, most notably in the ensembles of Kenny Wheeler. The British duo also formed the trio Azimuth with the Canadian trumpeter and composer, recording on the ECM label.

This duo recording is a joy to listen to and is a good introduction to Winstone’s supremely lithe and graceful vocals and John Taylor’s masterful jazz piano, which encompasses percussive tapping and prepared piano.

Recorded in 1967, ‘The Lee Konitz Duets’ is a collection of improvisations loosely based on standards, with saxophonists Joe Henderson and Richie Kamuca, guitarist Jim Hall and others.

‘Art of the Duo’ is a very satisfying duo recording with German trombonist Mangelsdorff. He was a pioneer of the multiphonics on the instrument – singing while blowing to produce chords and other effects. 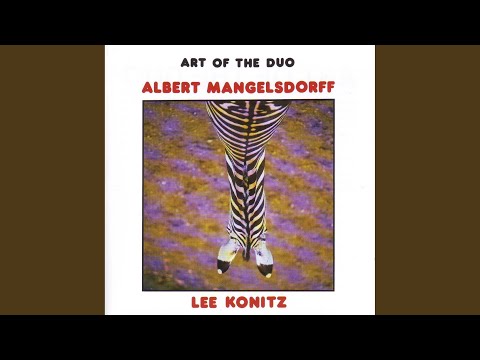 Thanks for reading! Where next?

Many of the musicians covered here have made many duo recordings, as well as various other line ups well worth discovering, so use these suggestions as a springboard to dive deeper into their discographies!

You’ll find many of these on our Jazz Music homepage.