Saxophone Set Up of the jazz greats – Saxes, Reeds & Mouthpieces 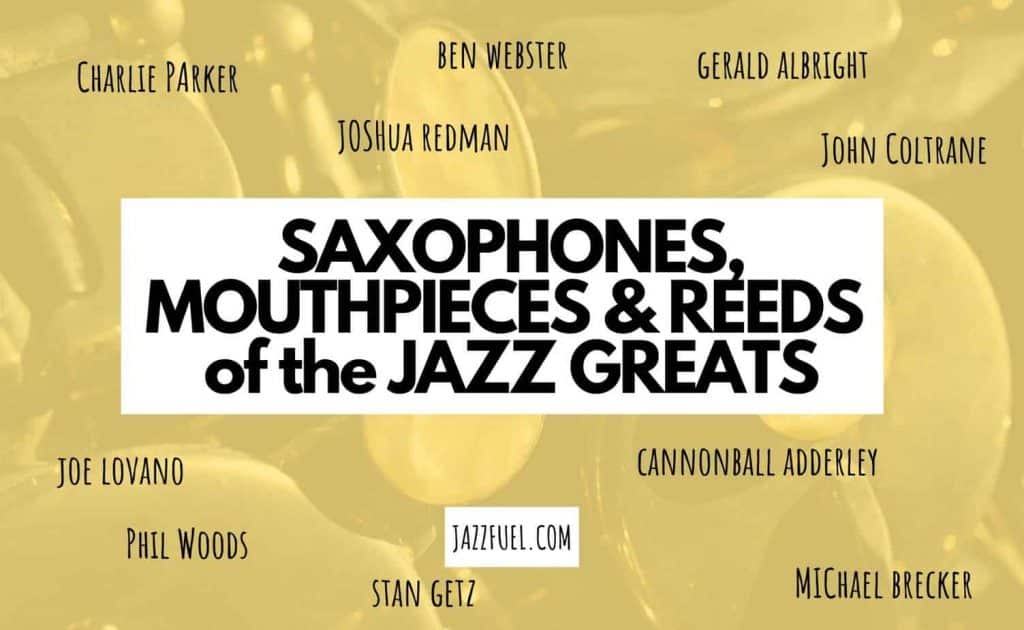 Of course, buying the same saxophone, mouthpiece and reeds that John Coltrane used, won’t magically make you sound like him.

But checking out what set up your favourite sax players chose can be an important step towards getting the tone and style you want when you play.

In this article, we’ve picked 10 jazz greats, from Charlie Parker and Ben Webster through to modern players like Joe Lovano and Gerald Albright, and researched which saxophones, mouthpieces and reeds they use.

Every saxophonist knows the importance of a good set up: the right gear can help you realise the sound that you’re striving for.

Like most instruments, there are a range of saxophone manufacturers who all have different characteristics and selling points.

When it comes to choosing a mouthpiece for jazz, things get even more complicated: a wide versus a narrow tip opening? plastic or metal?

Even sax reeds present an important decision when chasing that jazz sound. Hard or soft? Which reed brand?

Some saxophonists experiment endlessly with different options in a quest to find the perfect ‘setup’ and sound.

And although there’s now more choice than ever before, our favourite players from across the history of jazz wrestled with these questions too.

But whilst it’s important to remember that sound and tone ultimately come from the player, not the equipment, it can be really interesting and illuminating to find out what equipment they actually used.

Information like this can give an insight into some of the mechanics of how our heroes played their horns, and may also hint at the kind of set up you might like to opt for yourself, depending on how you want to sound and the style that you want to play.

So, covering a broad cross section of sounds and approaches, here’s a list of ten great saxophonists, with information on their preferred horns, mouthpieces and saxophone reeds.

We put together this article by researching interviews, articles and endorsements from the saxophone players mentioned.

If you come across any information which you feel is not accurate, feel free to let us know in the comments section and we’ll update.

And, of course, always do you own research (both online and by trying out the horns) before buying anything!

Due to his well-documented substance addictions, Parker would often pawn his saxophone, meaning that he frequently ended up playing on a borrowed or cheaply-acquired horn.

He is sometimes pictured with a distinctive ivory coloured mouthpiece: that’s a Brilhart Tonalin Streamline. Charlie Parker is also known to have played a Brilhart Ebolin, a Runyon Model 22 and, perhaps surprisingly for an alto player of his style, a metal mouthpiece made by Selmer.

He used very hard 4 strength reeds, although he may have begun using softer reeds in the 1950s.

Parker came to prominence before Selmer began to dominate the jazz saxophone market, and saxophones he played included a Conn 6M, a King Super 20, a Buescher 400 and, famously, the white acrylic plastic Grafton alto, which is heard on Jazz at Massey Hall.

Charlie Parker is testament to the fact that, with enough hard work and practice, you can sound good on any saxophone and setup!

Coltrane achieved his distinctive, harsh-but-beautiful tenor saxophone sound with the help of a metal mouthpiece.

He experimented with various Otto Link Tonemasters, which are noted for their projection and durability, usually with a relatively narrow 5 or 6 facing, in tandem with fairly hard Rico reeds.

In his quest for his desired sound, Coltrane apparently had many mouthpieces worked on and altered by Frank Wells, a Chicago-based technician.

John Coltrane initially played a Selmer Super Balanced Action tenor, before switching to a Selmer Mark VI, with which he recorded his masterpiece, A Love Supreme. We included this in our list of the top 10 John Coltrane albums of all time.

The Selmer Mark VI saxophone is the most famous horn of all time: favoured by countless famous players, it was produced between 1954 and 1974, and most modern saxophones are now based upon its design and mechanics.

For those of you looking to combine the vintage Selmer tradition with modern manufacturing, it’s well worth check out the Selmer Reference 54 horns which were designed in the style of the 1954 Mark VI.

Modern tenor saxophone titan Joshua Redman went the opposite way to John Coltrane and switched from a Selmer Mark VI (which previously belonged to his father, the great Dewey Redman) to a Selmer Super Balanced Action.

The Super Balanced Action was Selmer’s flagship horn between 1946 and 1953, and it remains a favourite of vintage sax fans today.

Redman says: “There’s something more vulnerable about it, a little more poignant, and greater range for inflection. The Mark VI has a sound that’s slightly more focused and powerful, but maybe not as expansive.”

He also uses 3.5 strength ‘NY’ cut reeds by Alexander, and a vintage hard rubber Otto Link mouthpiece with a 7 or 7* facing. 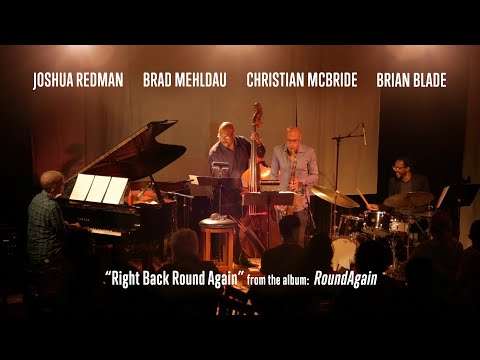 He played various metal Otto Link and Dukoff mouthpieces until he suffered a throat injury, after which Guardala designed him a less resistant piece: the brand continues to sell an ‘MB’ model today.

He used Medium strength La Voz reeds, which would have been fairly free- blowing.

Fans would often ask Brecker about his setup, but he was always keen to stress that he wasn’t overly obsessive about equipment, and that players should simply find something that works for them.

Webster was a major voice of the swing era and a star of the classic ‘Blanton-Webster’ edition of the Duke Ellington Orchestra.

He achieved his big, vibrato-laden sound on a metal Otto Link with a small tip opening and a big chamber, and 3.5 strength Rico reeds. He began on a Conn New Wonder tenor.

Conn became the first manufacturer to make saxophones in the USA in 1888, and was perhaps the most popular brand prior to the ascendency of Selmer.

A number of their ornately engraved models remain popular, although they will feel a little strange to players used to ergonomic modern horns.

Whilst the BA horn is no longer manufactured, the Selmer Reference 36 was designed in a similar style to the Balanced Action of 1936.

Cannonball played a Meyer NY ebonite mouthpiece, with a number 5 tip opening and a medium chamber.

Meyer (who we profiled here) continue to make popular and versatile pieces, but their original vintage models are highly sought after and sell for eye-watering sums today.

Adderley paired this with Rico #2, or La Voz Medium reeds: this easy-blowing, unresistant setup will have contributed to his bright, soulful tone.

He played a Super 20 alto made by King, an American manufacturer which was used extensively by US military bands. 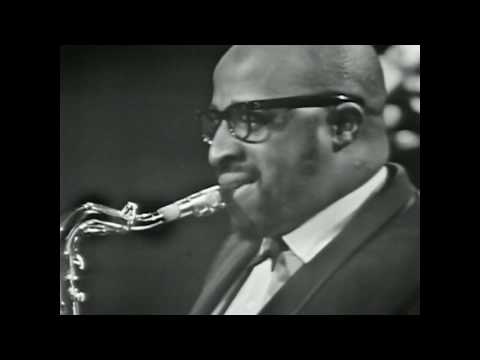 His style was rooted in bebop, but he also did some high profile studio work, contributing a famous pop sax solo to Billy Joel’s ‘Just The Way You Are’.

He played a Selmer Mark VI for many years, but in later years he became an enthusiastic endorser of the Yamaha Custom Saxophone, after the 82ZUL model was designed in partnership with him.

“When I took it into the studio there was a new kind of intrinsic beauty that I hadn’t heard in my other horns. This 82ZUL is far, far superior.”

An interesting case of a highly respected player swapping a classic vintage horn for a modern saxophone.

For many years he used an unmodified New York Meyer 5M mouthpiece with a medium chamber, which was given to him by a friend in the 1950s.

Now, in collaboration with the Woods estate following his 2015 death, manufacturers Drake have made a mouthpiece apparently based on the exact geometry of his Meyer, which they describe as “the quintessential straight-ahead jazz mouthpiece”.

Woods used La Voz medium reeds until he switched to Vandoren V16s later in his career.

Albright is at the smoother, more commercial end of the jazz spectrum, and is another big name who opts for a modern, rather than vintage, saxophone.

He has his own Gerald Albright Signature Series model made by the Salt Lake City-based company Cannonball, which come adorned with semi-precious stones!

Albright uses a Fat Neck, also made by Cannonball, which has the octave key on the underside of the crook and is inspired by the design of the King Super 20.

Although some players appreciate the consistency of synthetic reeds, most high level saxophonists still prefer the sound and feel of cane.

Albright plays a Beechler Studio Diamond Inlay in hard rubber with a #8 facing on alto, and a Theo Wanne hard rubber Datta #8 on tenor.

Getz was nicknamed ‘The Sound’ for his beautiful, pure tenor tone.

And although we tend to think of him as a soft, delicate saxophone player – probably in part because of those gorgeous and sensitive solos on the famous bossa nova records – apparently, he actually made a huge sound with unbelievable projection if you heard him live.

Getz played Conn 10M and Selmer Balanced Action tenor saxophones early in his career, before switching to the Selmer Mark VI from around 1957 until his death in 1991.

He played Otto Link Tone Edge hard rubber mouthpieces with a 5* tip opening. From the mid 1980s he played an ‘Early Babbitt’ model of the Otto Link.

His very hard reeds – he was known to play from a 3.5 up to 5 in strength – plus the narrow tip opening of his mouthpiece will have helped him attain that cool, dark sound of his.

He was known to dislike any ‘buzz’ from his reed, and was incredibly fussy, often only keeping one or two reeds from each box and discarding the rest. 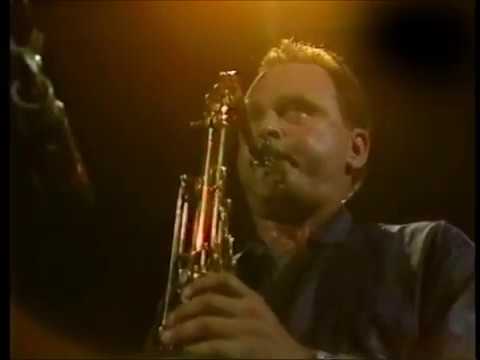 “It’s a really beautiful instrument and gives me such a warm, brilliant sound, with a dynamic range, beyond my wildest expectations. These newer horns are made like an older horn with handmade, hand-pounded brass but with modern mechanisms.”

Lovano is known for his massive sound, and is another one who it’s been said has to be heard live to be fully appreciated in this respect.

He plays a Francois Louis mouthpiece which is made from hard African Granidillo wood and has similar specifications to the Otto Link 10* that he used until 1985.

His hard strength Alexander reeds, combined with his wide mouthpiece opening, must surely make his setup feel like quite hard work!

Thanks for checking out this guide to the set ups of some of the jazz saxophone greats and we hope it will provide some extra insight when choosing a saxophone, reed or mouthpiece yourself!

Of course, many saxophone players change their set ups and preferences during their career, so if you think we’ve missed something, or should amend any of these entries, feel free to share in the comments section below…

If you’re just starting out on saxophone, you might want to check this guide to some of the best brands available today her here.

And, for more established players, we’ve put together some guides to the best jazz choices for saxes, reeds  & mouthpieces.