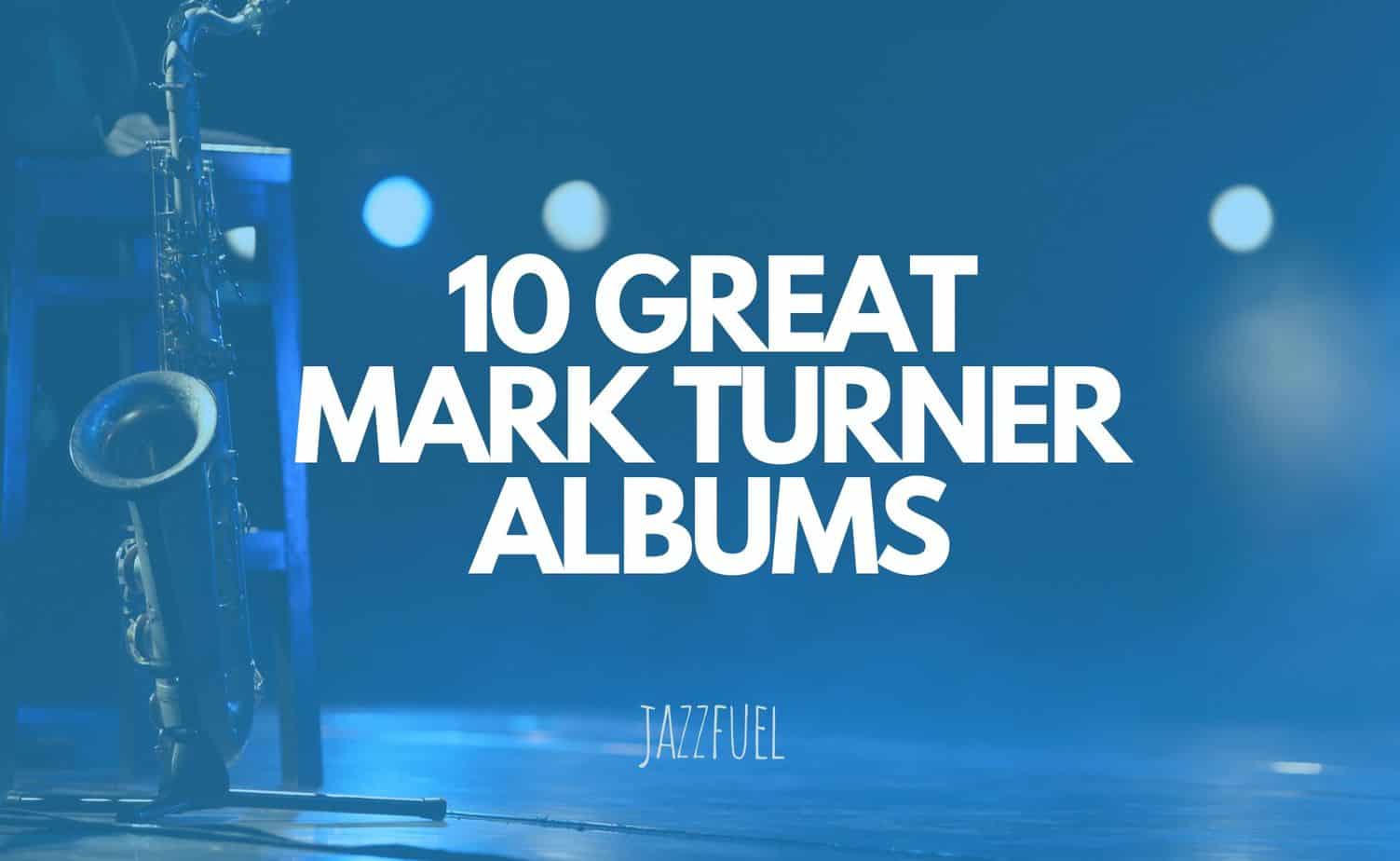 Since the mid 1990s Mark Turner has emerged as one of the most impressive and influential tenor saxophonists in the jazz world. We already mentioned him in our guide to 10 of the best modern jazz players, but thought it was time to really dive into his playing, his career and his albums…

Mark Turner’s highly distinctive sound has proved particularly popular with saxophonists the world over, and if you attend a jam session now, there’s a good chance that you’ll hear echoes of his tricky playing.

Turner was born in Fairborn, Ohio in 1965, but was raised in Palos Verdes Estates in Southern California. Then came a move to New York City, via a stint in Boston studying at Berklee College of Music.

He is known for a serious dedication to his art form, and for his softly spoken, modest demeanour, despite a career that has seen him release nine acclaimed albums under his own name and make dozens of appearances on other musicians’ projects.

So, including records with the saxophonist featured as bandleader, sideman or co-leader, here are 10 great albums that tell the story of Mark Turner’s career so far.

Turner’s debut album as a leader was recorded in 1994 and released the following year on esteemed Dutch independent label Criss Cross.

It features modern guitar great Kurt Rosenwinkel (who we interviewed here), plus what was at the time the Brad Mehldau Trio: pianist Mehldau, with Larry Grenadier and Jorge Rossy on bass and drums respectively.

Fellow saxophone players Seamus Blake and Terrence Dean also appear on ‘Zürich’, which is one of five Turner originals here.

‘Tune Number One’ sounds like an updated version of ‘60s modal jazz, while ‘Moments Notice’ is a clever 5/4 arrangement of the John Coltrane classic.

Rosenwinkel, Rossy and Blake were all Turner’s fellow students at Berklee College of Music, where the saxophonist was known for being particularly studious, spending long hours in the school practice rooms. Chris Cheek, Roy Hargrove and Danilo Perez were also at Berklee at the time. Of this period – in the late 1980s – Turner said:

“I wasn’t as interested in originality as in fundamentals. How could I approach making this music mine if I don’t really know what it is and or cannot speak its language? I’m still learning it as the process is gradual but at that time it was more fundamental than the present for the most part.” 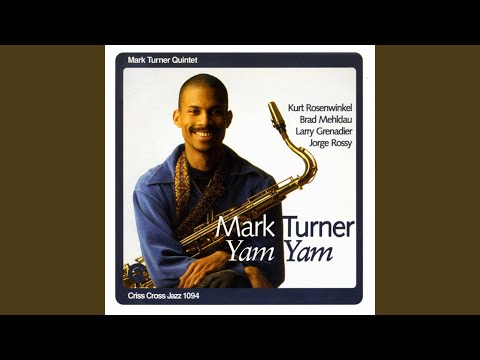 This informal session from 1997 places Turner in a quintet setting alongside veteran saxophonist James Moody, who was playing bebop with Dizzy Gillespie and Miles Davis in the 1940s.

Lucky Thompson’s blues ‘The Plain But The Simple Truth’ kicks off proceedings in a powerful fashion, while an up-tempo version of Gershwin’s ‘The Man I Love’ is another highlight.

The rhythm section here is similar to the one heard on Yam Yam, but drummer Brian Blade joins the band on two numbers.

The diverse repertoire includes the Henry Mancini standard ‘The Days of Wine And Roses’ and the Beatles song ‘She Said She Said’, as well as a number of original compositions, including ‘Lennie Groove’, one of his best known tunes, which is a tribute to the pianist Lennie Tristano.

The tenor player Warne Marsh, a student and disciple of Tristano, is often cited as a major influence upon Turner’s complex, snaking linear approach and his cool, dark sound, although he has also undertaken deep study of the work (including extensive transcription) of John Coltrane, Joe Henderson and others.

(If you haven’t read the Warne Marsh book An Unsung Cat, it’s a must!)

Released in 1998, In This World was his second record as part of contract with Warner Bros, following the self-titled Mark Turner, which featured Joshua Redman as a guest.

In 2000, in an attempt by Warner Brothers to sell Turner to a more mainstream audience, and to counter the reputation he had for making somewhat intellectual, challenging music, he released an album of smoky ballads.

His beautiful tenor sound shines through on torch songs like Hoagy Carmichael’s ‘Skylark’ and Leonard Bernstein’s ‘Some Other Time’, as well as down-tempo compositions by jazz composers, like Carla Bley’s ‘Jesus Maria’ and Herbie Hancock’s ‘Alone and I’. 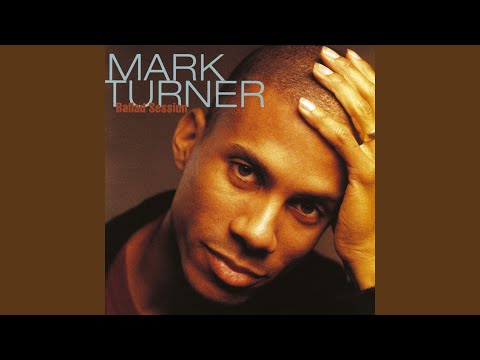 This 2001 effort saw him return to playing dense, challenging original music, with Kurt Rosenwinkel again on guitar, Reid Anderson (of the Bad Plus) on bass and Nasheet Waits on drums.

Dharma Days is particularly revered by fellow musicians, and David Adler of All About Jazz said:

“Turner’s labyrinthine lines and daunting harmonic language continue to set him apart from all of today’s young tenor stars. His conceptual contributions to the music are becoming nothing short of immense.”

Around this time many top names in jazz were having their major label recording contracts cancelled, and this happened to Mark Turner following this release as Warner Brothers’ jazz subsidiary essentially closed down. He seemed unconcerned:

”I was considering trying to get out of it myself. Nothing against Warner, but I feel relieved and open and free.”

Kurt Rosenwinkel – The Next Step

Guitarist Kurt Rosenwinkel was one of Mark Turner’s key collaborators in the late 1990s and early 2000s: the pair played on a number of each other’s albums after studying at Berklee together, and both have come to be recognised as being among the most revered practitioners of their respective instruments in all of jazz.

Rosenwinkel’s quartet with Turner, Ben Street on double bass and Jeff Ballard on drums had built up a cult following with their performances at Greenwich Village jazz club Smalls, and in 2001 the band released The Next Step on Verve.

Highlights on this album of originals by the bandleader include ‘Filters’ and ‘Zhivago’, a real anthem of early noughties contemporary jazz.

Foster is a West Coast-based alto player who is steeped in the language of the Lennie Tristano school, and who in fact appeared on a number of records with Tristano disciple Warne Marsh.

He is also a first call studio player on the Los Angeles jazz scene, who has recorded with the likes of Frank Sinatra, Mel Tormé and Michael Bublé.

Recorded live in concert in 2003, but not released until 2019, this live album sees Turner really embracing the influence of Marsh on a programme that includes tunes by cool school heroes Tristano, Marsh and Lee Konitz.

With L.A. veterans Putter Smith and Joe LaBarbera making up the chordless rhythm section, the saxophonists, who have a 30 year age gap between them, really stretch out on this material, which is all based on chord sequences from jazz standards.

Fly is a collaborative trio that sees Mark Turner joined by Larry Grenadier on double bass and Jeff Ballard on drums. All three contribute compositions to the track list here, the overall sound of which is groovy and perhaps surprisingly catchy. They also play the Jimi Hendrix song ‘Spanish Castle Magic’.

As well as his usual tenor saxophone, Turner is heard on soprano saxophone and bass clarinet on this 2004 release for Savoy Records.

In 2005 Brad Mehldau sat in with the trio during a gig in New York, and when Jorge Rossy left his working trio that year, the pianist asked Ballard to take over the drum chair in the band (alongside Grenadier, who already played bass in both groups).

All Our Reasons – Billy Hart Quartet

Following his flurry of solo records for Warner Bros, Turner made a conscious decision to stop recording as a bandleader to allow himself more time to spend with his young family.

However, he remained busy touring and recording as an extremely in-demand sideman with numerous groups, and playing other people’s music is something that he has said that he particularly enjoys.

One of the more eminent bandleaders to hire him has been the great drummer Billy Hart, who previously worked with Miles Davis, Stan Getz and Herbie Hancock.

Hart’s quartet with Turner, pianist Ethan Iverson and bassist Ben Street has become one of the most impressive working groups in modern jazz, and their 2012 debut for ECM is excellent.

Another revered elder statesman who has hired the tenor saxophonist is trumpeter Tom Harrell, who Turner has said was one of the first jazz musicians he listened to whilst still at high school.

He has also played with bands led by his peers and younger players: Gilad Hekselman, David Binney, Jochen Rueckert and many others.

Having not released an album as sole bandleader since 2001’s Dharma Days, Turner finally brought out Lathe of Heaven on ECM in 2014, the title of which is taken from the name of a sci-fi novel by Ursula K. Le Guin.

Turner is particularly noted for his extremely impressive use of the saxophone’s challenging altimissimo register, and for his pure and even sound across the whole range of the instrument. He has also worked extensively on voice leading, and applying piano-style voicings to linear improvisation, which often means his solos contain strikingly wide intervals.

He continued his relationship with ECM in 2018 with Temporary Kings, a duo record with pianist Ethan Iverson.

“I think Mark Turner is one of the most important players that has come along in the last 20 years, easily the most influential. He never seems to have any doubt about what he’s doing” – Ravi Coltrane

Thanks for reading and I hope you’ll be inspired to go back and check out some of these great records.

If you’re a saxophone player looking to dive deeper into your instrument, check out our list of 10 of the greatest sax players of the modern era, or this in-depth look at the set up – horns, mouthpieces & reeds – of some of the jazz legends.