10 of the Best Jazz Documentaries 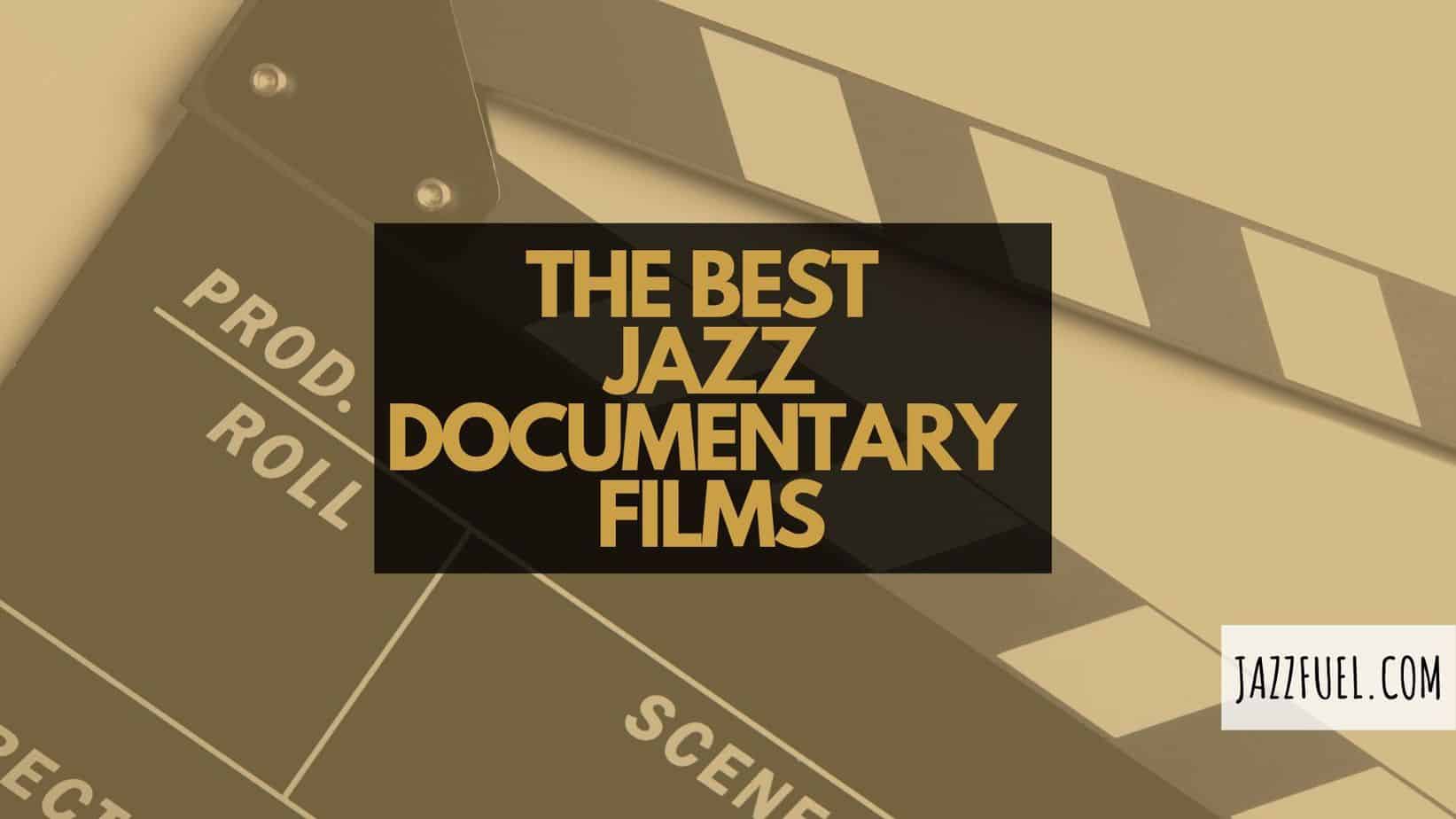 Jazz has always been a fertile ground for filmmakers, but the last few years in particular have seen a flurry of jazz documentaries being made. Whilst some of these films profile individual musicians, others opt for a broader angle, focusing on a record label, or a particular social issue across jazz history.

The impact of many of the greatest musicians in jazz history goes far beyond just their music. They are three-dimensional characters, many of whom have led quite remarkable lives.

Some have had interesting or important things to say; others have played jazz despite incredible challenges; others have had their lives cut tragically short. These are just some of the reasons that jazz has inspired has inspired so many great documentary films over the years.

It’s fascinating to see and learn about the lives of our musical heroes away from the bandstand: how their voices sound, how they dress, what they thought, and so on.

We thought we’d put together our list of some of the best jazz documentary films out there. Of course, with a list that runs to 10, we’ve missed out some other brilliant ones.

We’ll namecheck those at the end but, in the meantime, I hope this article will inspire you to watch – or rewatch – some of these great jazz movies…

Pepper was a mercurial alto saxophone soloist, who made classic West Coast albums like Meets The Rhythm Section and Art Pepper + Eleven.

As outlined in his remarkable autobiography Straight Life, he was also an extremely troubled individual, who spent time in prison and struggled with heroin addiction and other personal problems.

This 1982 effort features Art speaking with brutal honesty about his life, his music, his shortcomings and his strengths. It also contains extensive footage of a quartet performance in a Malibu club.

At just 49 minutes, Notes From a Jazz Survivor is one of the shorter films on this list, but it certainly packs a powerful emotional punch.

Let’s Get Lost emphasises the stark contrast between the photogenic beauty of Chet Baker’s early life – wonderfully captured in the iconic William Caxton photos that are shown in the film – and his sunken appearance at the time of production.

Although Chet was only in his late fifties when the documentary was made in 1988, he appears much older, his body ravaged by years of substance abuse.

Interviews with Baker’s ex-wives, children and former colleagues describe his irresistible talent and personal magnetism, as well as how cruel and destructive he could be.

Baker was enjoying living Europe and actually having something of a musical renaissance around this time, recording some of his most impressive trumpet playing, but he would sadly die in mysterious circumstances only a few months later.

Let’s Get Lost was a real labour of love for director Bruce Weber, who put over a million dollars of his own money into the film.

Art Kane’s A Great Day in Harlem is one of the most famous photographs in jazz history.

Taken in 1958, it shows 57 prominent musicians – including Sonny Rollins, Count Basie, Lester Young and Mary Lou Williams – in front of a Harlem brownstone house, and is a remarkable document of one of jazz’s real golden ages.

This 1994 film of the same name interweaves bassist Milt Hinton’s home movie footage from the day of the photo shoot, and interviews with those who were there, including Dizzy Gillespie, Art Farmer and Johnny Griffin.

Broadcast in 2001, Jazz outlines the history of the music all the way from its beginnings in the melting pot of New Orleans in the early 1900s up until the early 21st Century, across a 10-part series.

Directed by the American filmmaker Ken Burns, who has also made documentaries on The Civil War, The Vietnam War and Baseball, this jazz documentary series was six years in the making and contains 75 interviews with the likes of Wynton Marsalis, Stanley Crouch and Gary Giddins, more than 500 hundred pieces of music, and thousands of still photographs and pieces of archive footage.

The film gives a hugely detailed chronological overview of jazz history but, as is probably to be expected given the breadth and complexity of the subject matter, it did receive criticism for what some felt were unfair omissions and biases.

For example, the series devotes nine of the ten episodes to music up to 1961, leaving a whole 40-year period to be covered in the final part.

Still, if you’d like to take a thorough look at the origins of jazz – with particular emphasis on figures like Louis Armstrong and Duke Ellington – this is certainly worth a watch.

Directed by Judy Chaikin, The Girls in the Band tells the untold stories of women instrumentalists in jazz, and the barriers and discrimination they have faced.

Featuring clever editing, and narration from Marian McPartland and Roz Cron, both of whom played jazz as far back as the swing era, the film focuses on musicians who, in the face of exclusion from all-male outfits, formed female bands like The International Sweethearts of Rhythm, which was on the receiving end of extra prejudice as a racially integrated ensemble.

Filmed towards the end of the great trumpeter’s life, Keep on Keepin’ On focuses on Clark Terry’s friendship with Justin Kauflin, a talented young Australian pianist, with Terry mentoring Kauflin as he prepares to take part in an elite piano competition.

This uplifting, emotive documentary film really emphasises Terry’s generosity, warmth and positivity, even as he is severely ill and nearing the end.

The story of his remarkable career is also told: he made over 900 recordings and was a member of both the Count Basie and Duke Ellington Orchestras.

He also broke down racial barriers, becoming the first African American to play in a regular band on a major US television network, as well as making classic small group albums with Oscar Peterson and Thelonious Monk.

Trumpet great Lee Morgan was one of Blue Note Records’ biggest stars before his career was cut tragically short in 1972, when at 33 he was shot by his common-law wife, Helen.

This 2016 film handles the pair’s complex relationship with sensitivity and nuance, featuring interviews with Helen herself, who is portrayed sympathetically, as well as talking head contributions from Lee’s former colleagues Wayne Shorter, Bennie Maupin, Jymie Merritt and Billy Harper.

I Called Him Morgan was extremely well received by critics and fans, with Jordan Hoffman calling it “the greatest jazz documentary since Let’s Get Lost” in a review for the Guardian.

A classically trained pianist who was able to improvise complex Bach-inspired counterpoint at the keyboard, she first found fame for her soulful vocal renditions of standards like ‘I Loves You Porgy’ and ‘My Baby Just Cares For Me’.

Directed by Liz Garbus, this 2015 documentary uses archival footage and never-before-heard recordings to tell some of the stories behind her music, including her period of self-exile in Liberia in the 1970s.

It also gives insight into the abusive nature of her relationship with her daughter, and the abuse she suffered herself at the hands of her husband.

This stylish film tells the story of the legendary record label, and how two Jewish German immigrants, Alfred Lion and Francis Wolff, built an institution that produced some the best jazz albums of all time.

As a secondary narrative, we also witness the present-day recording of a Blue Note All-Stars Session, with current label artists including Robert Glasper, Ambrose Akinmusire and Kendrick Scott, who all give interviews.

We learn about learn about Blue Note’s history as risk-takers, who released bold, innovative music like Thelonious Monk’s Genius of Modern Music, and how its production values compared to other labels of the era.

The development of Blue Note’s signature sound is also covered, with classic hard bop albums like The Sidewinder and Song For My Father, prior to financial struggles and an interesting section on the birth of hip hop.

Surprisingly, this 2019 release was the first major biography of Miles on film.

Birth of the Cool tracks the high points of the trumpeter’s remarkable career: the making of genre-defining albums like Kind of Blue, Miles Ahead, E.S.P. and Bitches Brew, and his later commercial success as a stadium-filling star.

It also covers the lows, including periods of burnout and ill health, drug addiction, and the awful racism he faced, including a 1959 beating at the hands of a policeman.

With the approval of the Miles Davis estate, director Stanley Nelson was able to assemble an impressive cast of interviewees, including Wayne Shorter, Herbie Hancock and Jimmy Cobb, all Davis sidemen and major musicians in their own right.

Frances Taylor, his former wife, gives a fascinating account of their life together and we also hear from Juliette Greco, with whom he began a relationship whilst visiting Paris in 1949, and his son and nephew.

The film attempts to give additional insight into Davis’ inner thoughts, and his raspy voice is impersonated by actor Carl Lumbly, who reads excerpts from the trumpeter’s brilliant autobiography.

Thanks for reading and we hope at least a couple of these made it onto your ‘to-watch’ list!

There were a bunch of great jazz documentaries that didn’t make it into this article, so we’d just like to highlight a few here, with links to the trailers.

Additional Jazz Documentaries to check out

The Quincy Jones documentary one on Netflix

documentary on those legendary jazz albums!

The Life of a Jazz Singer

Ornette: made in America

Jazz on a Summer’s Day

A documentary set at the 1958 Newport Jazz Festival

As always, if there are others you think we missed, feel free to use the comments section.