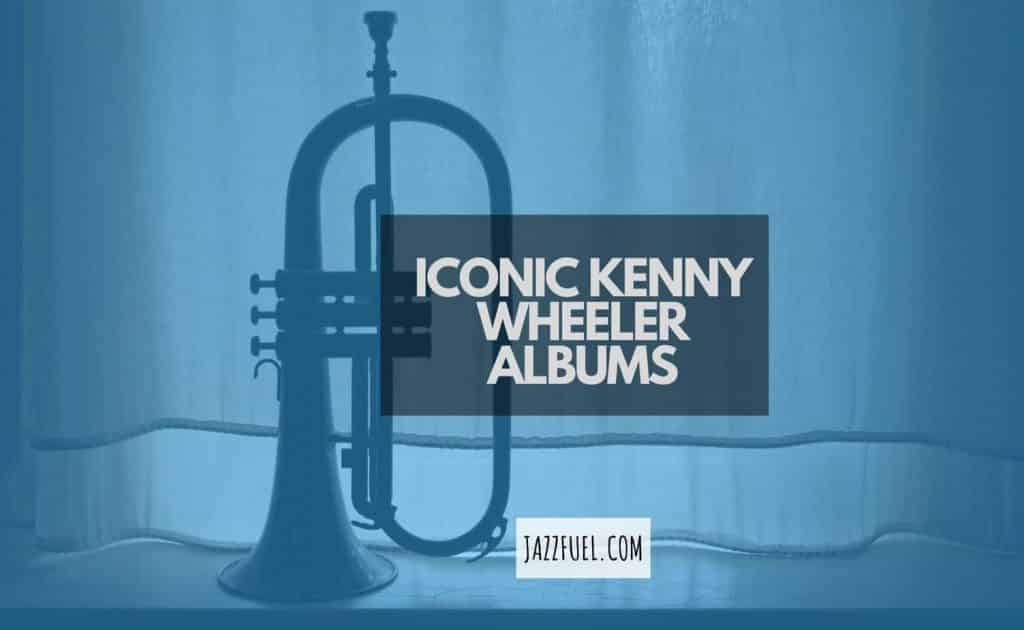 Born in 1930 in Toronto, where he went on to study music, Canadian trumpeter & flugelhorn player Kenny Wheeler moved to the UK in his early 20s where he established himself as something of a British jazz legend.

For this article, we’ve picked 8 of our favourite Kenny Wheeler albums to highlight in chronological order.

A prolific composer and skilled improviser, he recorded more than 25 albums as a bandleader and many more as a sideman.

Over the course of a 50+ year career, his long-time associations with musicians such as bassist Dave Holland and pianist John Taylor were peppered with critically acclaimed collaborations with jazz greats of all eras, including Keith Jarrett, Michael Brecker, Lee Konitz and Chris Potter.

And whilst much of his output was in partnership with the legendary label ECM Records, there were some occasional departure which resulted in other fan favourites.

Whilst’s it’s of course impossible to put together something as subjective as a ‘best of‘ list for this type of thing, in this article we’ve aimed to pull out a selection of favourites which hopefully you can use as a springboard into your own (re)discovery of the music of Kenny Wheeler. 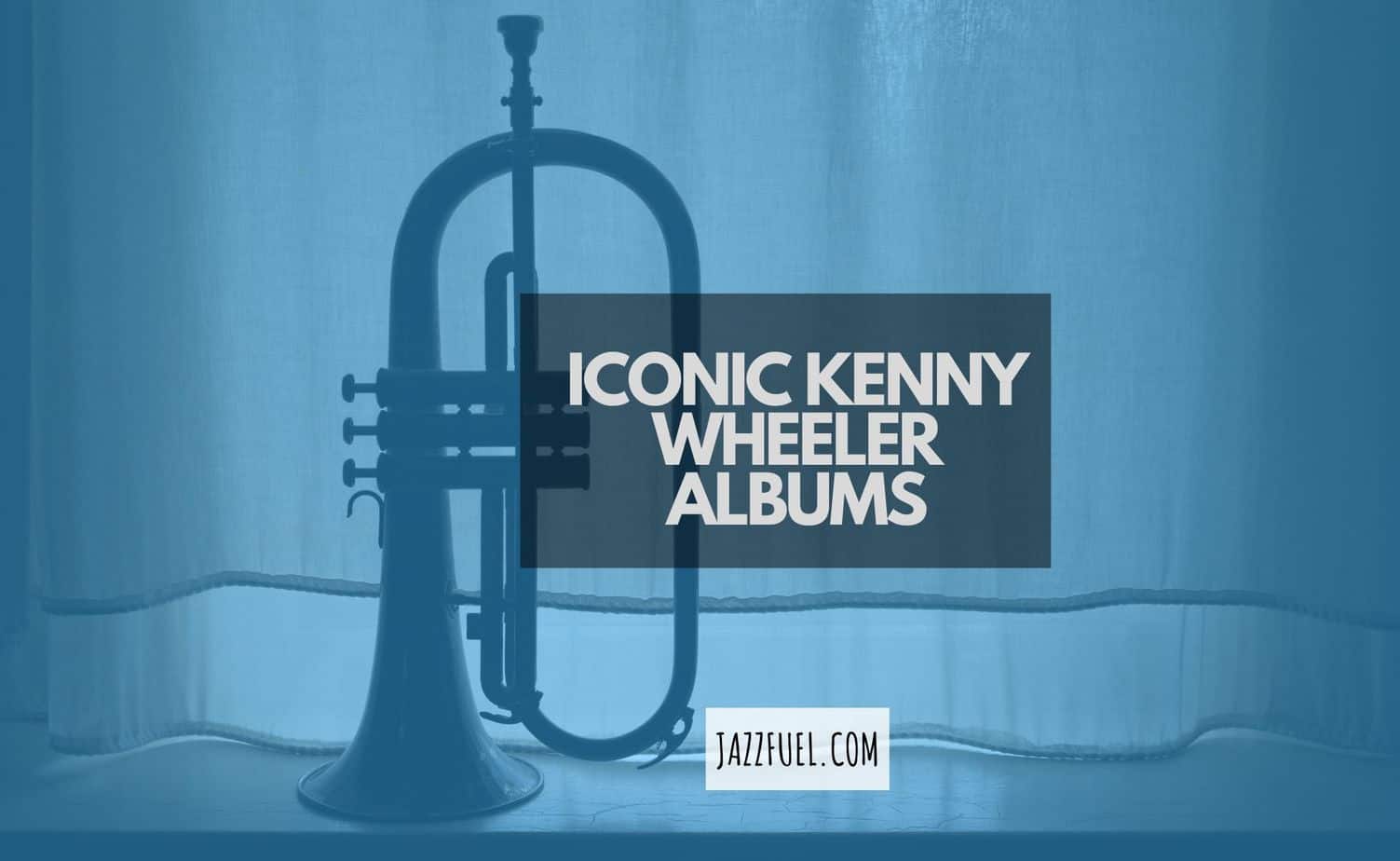 In the late 1960’s, Kenny Wheeler’s wisdom teeth prevented him from playing and his dentist prescribed no trumpeting for three months. John Dankworth, leader of the John Dankworth Orchestra with whom Kenny had toured in America, asked him to work an album during the down time.

The result was Windmill Tilter, based on the life of Don Quixote, which became the first album released under Kenny Wheeler’s own name.

Released in 1969 on the Fontana label, the album took full advantage of the John Dankworth Orchestra and showcases early performances by artists such as Dave Holland and John McLaughlin who would of course go on to jazz fame.

The album put the 39 year old Wheeler on the map.

It eventually went out of print with rumours that the original tapes were lost, resulting in it selling for huge amounts as a limited edition collectors item. However, it was finally reissued in 2010 by BGO, much to the delight of Wheeler’s fans.

Kenny Wheeler made his debut on ECM Records in 1975 with Gnu High, which featured Dave Holland on bass, Jack DeJohnette on drums and Keith Jarrett (recording for the final time as a sideman) on piano.

Despite its length of 40 minutes, it consists of just three songs –  Heyoke, Smatter & Gnu Suite – providing each musician the freedom to the music in the direction they want during extended solos.

As sole-composer on this New York-recorded album, Wheeler plays his now-trademark flugelhorn throughout. 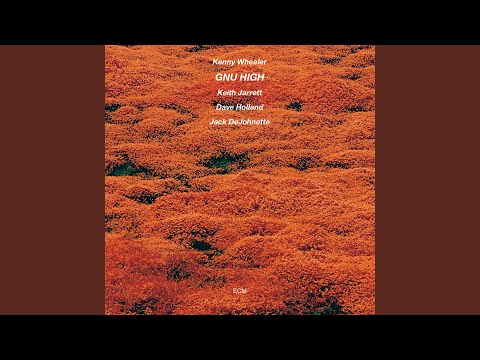 Consisting of 7 Wheeler compositions across four tracks, Ma Bel and W.W are bookended by a 14 minute Foxy Trot and an epic medley consisting of Three for D’Reen, Blue for Lou & Mark Time.

As you might expect from this line-up, alongside the typical reflective, lyrical sensibility of Kenny Wheeler’s compositions it’s memorable for the hard-swinging, high energy, dynamic playing of all involved.

Recorded in Wheeler’s adopted hometown of London and released in 1990 as the first ECM album of the decade, Music for Large & Small Ensembles features a who’s who of the British jazz scene at the time.

Aside from the beautiful playing of the musicians involved, the album cements Wheeler’s genius as a composer, showcasing the range of ideas, textures and colours that he had at his disposal.

The Widow in the Window

Recorded in Oslo just a few weeks after the Music for Large & Small Ensemble sessions, The Widow in the Window features an unchanged rhythm section of Taylor, Holland, Erskine & Abercrombie, with Kenny Wheeler as the sole horn player.

Six Wheeler compositions are on display for this outing, including the wittily-titled Ma belle Hélène – named after his sisters Mabel and Helen.

Tyran Grillo who has reviewed every ECM record ever released (and picked 10 of the best here), commented that “those who count themselves a fan of Wheeler, ECM, or boundary-crossing jazz in general can chalk this one as unmissable.” 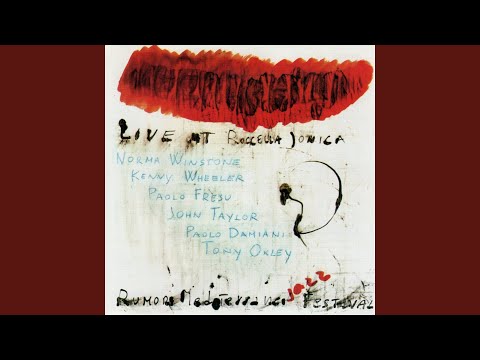 For this 1997 ECM release (recorded the year before), Kenny Wheeler brings together alto saxophonist Lee Konitz, bassist Dave Holland & guitar player Bill Frisell in the studio for the first time.

The unusual drummer-less quartet line up, which features a ‘rhythm section’ of just double bass & guitar, performs more than 1 hour of music across the 9 Wheeler originals.

Whilst the album didn’t, perhaps, achieve the level of critical acclaim of some of his other albums, it does contain one of Wheeler’s most-covered compositions in Kind Folk.

Towards the end of his life, Kenny Wheeler recorded several albums with independent label Cam Jazz. Perhaps the finest of these is the 2004 session What Now? which features long-time collaborators John Taylor and Dave Holland with relative newcomer Chris Potter on tenor saxophone.

The four musicians had met in 2003 on the Canadian jazz festival circuit and reunited at New York’s Sear Sound Studio a few months later to record this album.

Now 75 years old, another drummerless quartet showcases the compositional & improvisational genius of the trumpeter & flugelhorn player who, as with Michael Brecker before, brings a fiery American sax to complement the frontline.

As John Kelman noted for All About Jazz, “this session is far more propulsive and outgoing, and considerably less of a chamber jazz outing than [Angel Song]” which relied on the same instrumentation.

Recorded in 2013 and released in 2015 just a few months after his death, this final Kenny Wheeler studio album was perhaps fittingly recorded for ECM at one of the world’s most legendary studios, Abbey Road.

Widely acclaimed as a beautiful and poignant farewell from the jazz trumpet great, the album brings together an all-British line up of bassist Chris Lawrence, guitarist John Parricelli, saxophonist Stan Sulzman and drummer Martin France.

As John Kellman wrote in a glowing review for All About Jazz, “it’s impossible to know if Wheeler knew his days on earth were truly numbered, but with Songs for Quintet another legend may now have passed, but not before delivering an album that’s not just as good a swan song as anyone could hope for, but a recording that stands amongst the rest of his discography as one of his absolute finest.”

Thanks for reading and hope you found (or re-found) some great music to listen to here.

If you’re interested in learning more about the jazz trumpet & flugelhorn great, you can check out our trumpet home here.

If you’re interested checking out some of Kenny Wheeler’s label-mates on ECM Records, Tyran Grillo of Beyond Sound and Space put together a guide to 10 of the most important ECM releases in jazz history.