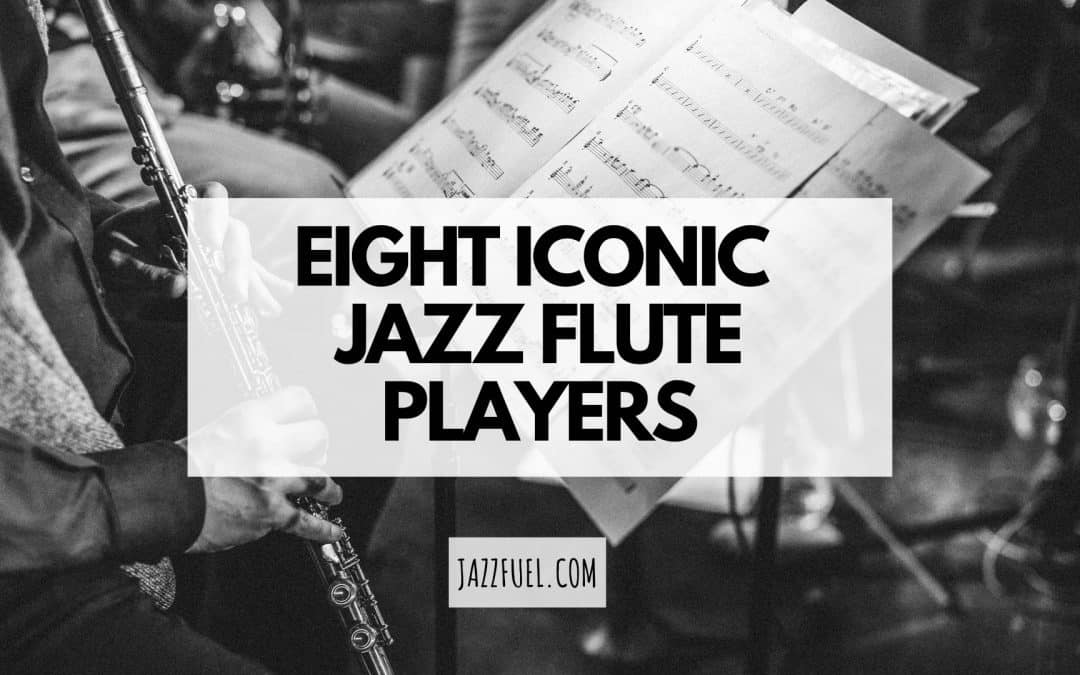 Jazz flute may not be amongst the most common jazz instruments in history, but it still pops up on some classic albums, old and new.

In a surprisingly large pool of exceptional musicians, we’ve rounded up eight jazz flute players who, in our opinion, are essential discoveries for fans old and new…

(As you might know, many saxophone players also learn to play flute and clarinet, so don’t be surprised if some of these names are familiar on another instrument too!)

So, with that in mind, wipe your mind free of Ron Burgundy and other sketch-show jazz artists and add some of these flutists to your playlist…

Kirk was a multi-instrumentalist who played saxophones, whistles, bells and flutes.

His primary instruments were tenor saxophone, stritch (a straight alto saxophone) and the manzello which was a variation of the saxello with a larger upturned bell, and the flute.

Perhaps best known for his ability to play three saxophones at once, Kirk was a virtuoso instrumentalist. His tenor playing alone was enough to guarantee him a reputation as one of the greats, but he was also an innovator on the flute.

Employing advanced techniques along with singing or humming across the mouthpiece as he played, he was able to create a countermelody embellishing his improvisation.

As a flute player – working with alto flute and bass flute alongside the more common version – he is regarded as one of the major exponents of the instrument after Eric Dolphy.

Blind from the age of two Kirk studied at the Ohio State School for the Blind, and by 15 was he was gigging with rhythm and blues bands.

In 1975 he suffered a stroke that paralysed his right side.

Undaunted, Kirk had his instruments modified so he could play one handed. He suffered a second and fatal stroke in 1977. 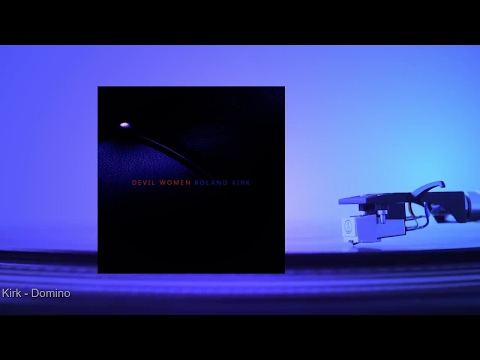 Multi-instrumentalist Eric Dolphy is often considered as a leading figure in the free jazz movement.

His solos would often be constructed using wide intervallic leaps, but closer scrutiny reveal a firm grasp of bebop harmony.

Whether he was playing alto saxophone or bass clarinet his tone was very vocalised and with extended techniques helped to introduce a new vocabulary to the jazz language.

A pioneer as a bass clarinettist and in bringing the instrument to the forefront of the music he was also a skilled flautist.

Born and raised in California, Dolphy was at first destined for an orchestral musician playing oboe, he had also studied clarinet and saxophone. As a jazz musician Dolphy got his first big break in 1958 playing in Chico Hamilton’s quintet.

In 1960 he began his association with Charles Mingus, and the following year became a member of John Coltrane’s band where he principally played alto and flute.

He would also go onto record some highly influential albums as leader, and co-leader with the trumpeter, Booker Little.

Moving to Europe in 1964, where he believed he would be able to find more work playing his own music, Dolphy died in June that year of a complications relating to undiagnosed diabetes. 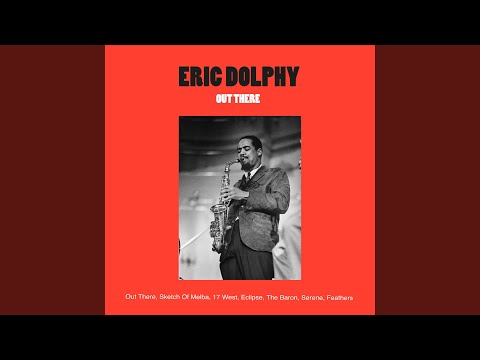 Born William Huddlestone in 1920, in 1950 he converted to Islam changing his name to Yusef Lateef.

Starting off on alto saxophone he began playing around the Detroit area where he had grown up. Before long he switched to tenor saxophone as well as playing various other reed instruments and flutes.

Recording his debut album for Savoy in 1957, and by 1961 he was exploring his own musical ideals incorporating Eastern music and hard bop in his quintets of the time.

He was also to be heard with Cannonball Adderley’s band. By the end of the decade, he was bringing influences from gospel and soul into music.

As an instrumentalist his most important work from a jazz perspective is his Lester Young influenced tenor playing and his work as a flautist.

A scholar of some repute he would publish works through his own publishing company including the highly regarded Yusef Lateef’s Flute Book of the Blues’, ‘A Repository of Melodic Scales and Patterns’ and ‘123 Duets for Treble Clef Instruments’. 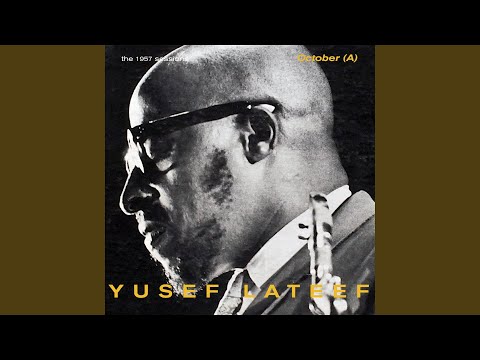 Herbie Mann was among the first jazz musicians to specialise on the flute.

His musical tastes were varied, and throughout his career this was often a curse rather than a blessing. Whereas others who juxtaposed different musical genres were often regarded as innovators, Mann was given a hard time by critics.

One of the first albums of prominence that featured Mann was a sideman appearance on the classic Sarah Vaughan with Clifford Brown recording for Emarcy in 1954. This was followed by albums under his own name for the Bethlehem and Prestige labels.

In bringing the flute forward as frontline instrument, Mann also made several albums with other jazz flutists, most notably with Sam Most, Bobby Jaspar and Buddy Collette (all in the 1950’s).

Always with an interest in other genres, Mann recorded Flautista for Verve in 1959, a live album of Afro-Cuban jazz which brought Cuban rhythms and the bossa nova to wider popularity.

By the end of the sixties Mann’s music had moved on again with the album Memphis Underground that incorporated jazz and R’n’B. Recordings such as this often-elicited criticism as producing what would become referred to as smooth jazz.

However, undeterred Mann would continue his quest to continue to grow as a music. In doing so he explored straight ahead jazz, Brazilian music, disco and had a major hand in the world jazz genre. 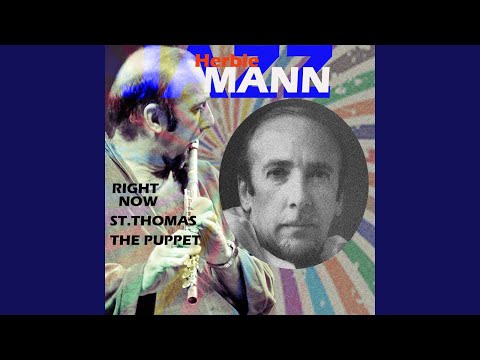 Flautist Hubert Laws is equally versed in both classical music and jazz and has enjoyed a lengthy and distinguished career in both disciplines.

He has also played pop and rhythm and blues, featuring on many recording sessions as a sideman. Laws was also an original member of the group the Jazz Crusaders, later known as The Crusaders.

Laws came from a musical family with his brother Ronnie a renowned saxophonist and two sisters and another brother who are all vocalists. Studying at the Juilliard School of Music where he had won a scholarship, he divided his time between his classical studies and playing jazz.

In the 1990’s he would continue to record both classical and jazz albums and made a heartfelt tribute album to Nat King Cole which would go on to receive many accolades, and the classical recording Spirituals In Concert with opera singers Jessye Norman and Kathleen Battle. 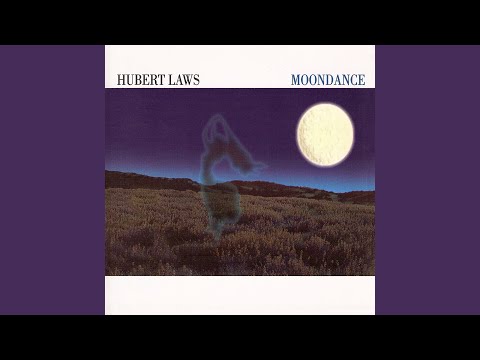 Starting out on flute at the age of 12 followed by tenor saxophone 3 years later, Lew Tabackin is unusual in that it is perhaps his flute playing that he prioritised as his main instrument.

A virtuoso on both instruments he has been able to forge completely different styles on each, with his abilities as a flautist yielding some of the finest examples of the flute in jazz in the last 50 years.

Tabackin studied flute at the Philadelphia Conservatory of Music, and upon graduating in 1962 he served 3 years national service. From 1965, the flautist and saxophonist spent time in the big bands of Cab Calloway, Maynard Ferguson and Thad Jones/Mel Lewis.

When not touring and playing with their Orchestra, Tabackin spends his time playing with his own trio featuring his graceful and lyrical flute, and hard bop inspired tenor playing. 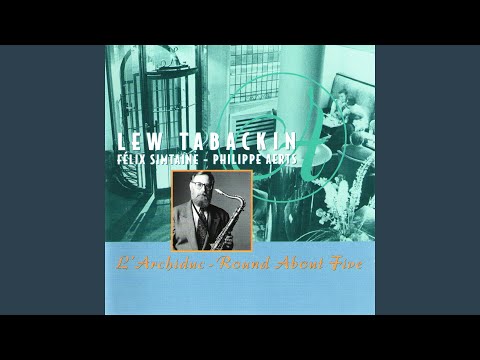 Jane Bunnett’s first instrument was piano, and she was destined to become a classical pianist before an encounter with the Charles Mingus group who she heard perform suggested a change in direction.

Switching to soprano saxophone and flute, Bunnett has been following the jazz life ever since most notably with her partner trumpeter Larry Cramer in her various groups.

If her style on soprano saxophone owes much to Steve Lacy with whom she studied, her light toned and fluid flute playing comes very much from the classical world. She has taken this sound world and incorporated into her love of Afro-Cuban music.

The Toronto born saxophonist and flautist came to prominence in the late eighties with an impressive debut, In Dew Time, with Don Pullen and Dewey Redman.

This was followed by a duet album with Pullen, and the acclaimed Live At Sweet Basil in 1990 with a quintet featuring Pullen, Cramer, Kieran Overs on bass and master drummer, Billy Hart.

From the nineties onwards the emphasis has switched to her Afro-Cuban projects, and the Havana Flute Summit album in 1997, and her continued work with her Spirits of Havana ensemble.

Over the last twenty years she has performed and recorded with the Penderecki String Quartet, percussion ensembles and an Afro-Cuban/Haiaitan a cappella choir. 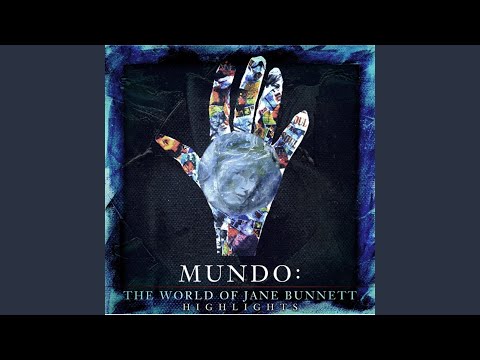 Multi-instrumentalist Pascoal learned to play accordion as a child in his native Brazil, before adding keyboards, guitar, saxophone and flute to his armoury.

His professional career took off in 1964 with performances on various Brazilian albums, but it was his appearance on the Miles Davis album, Live-Evil, that launched his international reputation.

He only played on three tracks, but Davis must have held him in high regard, as Pascoal also composed the music.

Leading his own bands since the late seventies, Pascoal’s reputation grew as he would on occasion lead a big band, and his talents as an arranger have been universally acknowledged.

Now in his eighties, Pascoal continues to compose and perform 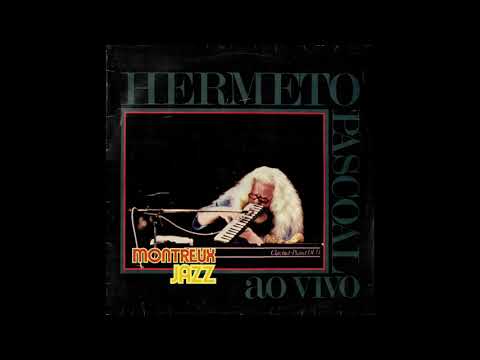 Even an instrument as niche as jazz flute has brought us many more than ten great musicians, so feel free to use our ideas as a stepping stone for more discoveries!