It may be small, but the saxophone mouthpiece can play a vital role in getting you towards the sound you want as a jazz musician.

Of course, the saxophone you’re using is important, but in this guide we’re going to dive into the world of mouthpieces to see what options are out there.

We’ll look at which jazz greats played which mouthpieces, the difference between rubber ones and metal ones, as well as specific recommendations for choosing both tenor sax mouthpieces and alto sax mouthpieces.

So, whilst the question of ‘best’ saxophone mouthpiece for jazz will be personal to each individual player, we hope this guide will give you some useful insight and help with the decision-making process!

And remember, once you’re sorted with your mouthpiece, you might want to check out these 10 important saxophone accessories…

Before we get into the details, here’s the overview of the mouthpieces we’ll cover, with a quick highlight of each.

About the saxophone mouthpiece

The saxophone mouthpiece is another small but vital component of your set up, which will have a huge impact upon the sound you make, and how it feels when you play your instrument.

However, choosing the best jazz mouthpiece for you personally can seem like a daunting prospect, with a huge array of makes and models on offer. Then there is the question of ebonite (vulcanised rubber) versus metal, with the former providing a darker, fuller sound, and the latter offering more brightness and edge.

This decision will be impacted by which saxophone you play: almost all jazz alto players (and certainly all classical players) opt for ebonite mouthpieces, the only exceptions really being players of smooth jazz and funkier/fusion styles (Dave Sanborn, for example).

However, it’s more common to see tenor sax mouthpieces in metal – John Coltrane being the most famous example – although a majority still opt for ebonite.

The tip opening refers to the distance between the mouthpiece and the tip of the reed, and is usually quantified with a number: the higher the number, the wider the tip opening (although Selmer’s lettering system is a notable exception).

Each make and model of sax mouthpiece will be available in a range of tip openings.

How to choose a mouthpiece for jazz

Many saxophones, at least when purchased brand new, will arrive with a mouthpiece in the carry case. This may work fine for beginners, but at some point you will probably need to upgrade to something with a bit more quality.

It’s important to test out different options and see what works for you, in terms of the sound you want to create, the reeds you use, the music you play, your skill level and budget.

A wider tip opening requires more physical effort to blow, so most beginners will play on a smaller opening (something like a 4 on alto), although a wider mouthpiece may allow for more projection once a stronger embouchure has been developed.

There are a huge number of possibilities in terms of tip opening and reed strength combinations.

As a general rule, classical players tend to play harder reeds with a narrower mouthpiece opening, while jazz players may opt for a wider tip opening with a softer reed, although once again there are no hard and fast rules.

Vintage saxophone mouthpieces are popular with some jazz musicians, with mid-century Meyer and Otto Link models considered particularly desirable, although obviously quality and condition can vary widely with these.

In fact, you can find the set-ups (mouthpiece/saxophone/reed combinations) of 10 famous players here, offering an interesting insight into their sounds and approaches.

However, it’s important to remember that, ultimately, the player creates the sound, not the equipment, and the best thing to do is to find something that feels good (without expecting miracles!), and then to build your sound with practice and by listening to players who inspire you.

The American Meyer brothers first began making sax mouthpieces in 1916, and their products were played by numerous saxophonists during the golden age of jazz, including Sonny Stitt and Cannonball Adderley.

To be honest, if you’re searching for the best alto sax mouthpiece, it’s hard to go wrong with a Meyer.

Considered something of a ‘blank canvas’, this is an extremely versatile mouthpiece that can be played in almost any style. It is noted for its clear, even tone across the range of the instrument.

With a relatively affordable price, this is a great option for advancing students and professionals alike. 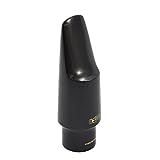 This ebonite mouthpiece is designed specifically for jazz and commercial styles, with Vandoren’s Java or V16 reeds in mind: it aims to combine the bite and edge of a metal mouthpiece with the comfortable feel of hard rubber.

It has an unusual tip opening measurement system, ranging from A35 to A75 on alto.

This versatile ebonite mouthpiece is especially suited to straight-ahead jazz and bebop playing and is noted for its ability to blend with other players in a saxophone section.

Founded by acclaimed saxophonist Jody Espina, JodyJazz prides itself on its hand-finished products, which are made in America, and its rigorous play testing and quality control.

This free blowing mouthpiece makes a slightly brighter sound than a Meyer or an Otto Link due to a smaller chamber.

With 24K gold plating, this mouthpiece certainly stands out aesthetically.

Like Meyer, Otto Link is another classic American manufacturer, whose products have been used by numerous great tenor sax players in particular: this one is similar to the metal model used to such distinctive effect by jazz legend John Coltrane.

They are noted for their excellent projection and durability.

The Guardala MB is named after jazz great Michael Brecker who used this mouthpiece on tenor sax.

Another metal selection, it incorporates a moderately high baffle with a large bore and each one is handmade by Nadir Ibrahimoglu who worked with the legendary mouthpiece guru Dave Guardala.

The Guardala MB was originally designed as a less resistant replacement for the Otto Link and Dukoff mouthpieces Brecker used until a throat injury meant he needed something more free-blowing.

One of the newer manufacturers in this list,  Theo Wanne aims to take inspiration from the great jazz mouthpieces of days gone by and bring them firmly into the 21st Century.

The Datta range come in both metal and hard rubber, in a range of sizes, but our pick is the rich, resonant sound of the hard rubber version favoured by many modern tenor players.

Gerald Albright, for example, plays the #8 version of the Theo Wanne Datta in Hard Rubber and they are also reportedly used by saxophonists including Chris Potter, Courtney Pine and Jan Garbarek.

SYOS is a fairly new French company that has made waves with its innovative approach to the manufacture and sale of mouthpieces.

Their Custom mouthpiece requires the customer to fill in an online form, which includes questions on musical style and desired brightness/darkness of tone, with comparisons to famous saxophonists as reference points.

SYOS (which stands for Shape Your Own Sound) then creates the mouthpiece to the customer’s exact specifications using ABS plastic and 3D printing technology, with an array of distinctive, bright colours and designs available.

The customer then has 30 days to send the mouthpiece back for any further adjustments if required, and may continue to do this until fully satisfied.

A cheaper Signature model allows the player to order a mouthpiece with the exact specifications of one of an array of SYOS signature artists, including Chad Lefkowitz-Brown, Dayna Stephens and Tivon Pennicott.

NEXT:
What are the Best Saxophones for Jazz? (2020 Guide)

So that’s it: some of the best saxophone alto & tenor sax mouthpieces for jazz plus a little insight into which might be best for you. As we mentioned, it pays to do your homework and try out some different options.

If you have other sax mouthpieces to recommend – or would like to share your experience with any of these – feel free to use the comments section below!

Looking for more saxophone tips? Check out our guide to the best saxophone players in history, our feature on the music of John Coltrane or the 2020 guide to buying a new saxophone for jazz. 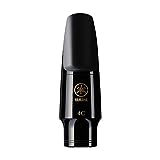 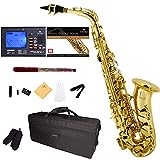 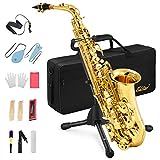