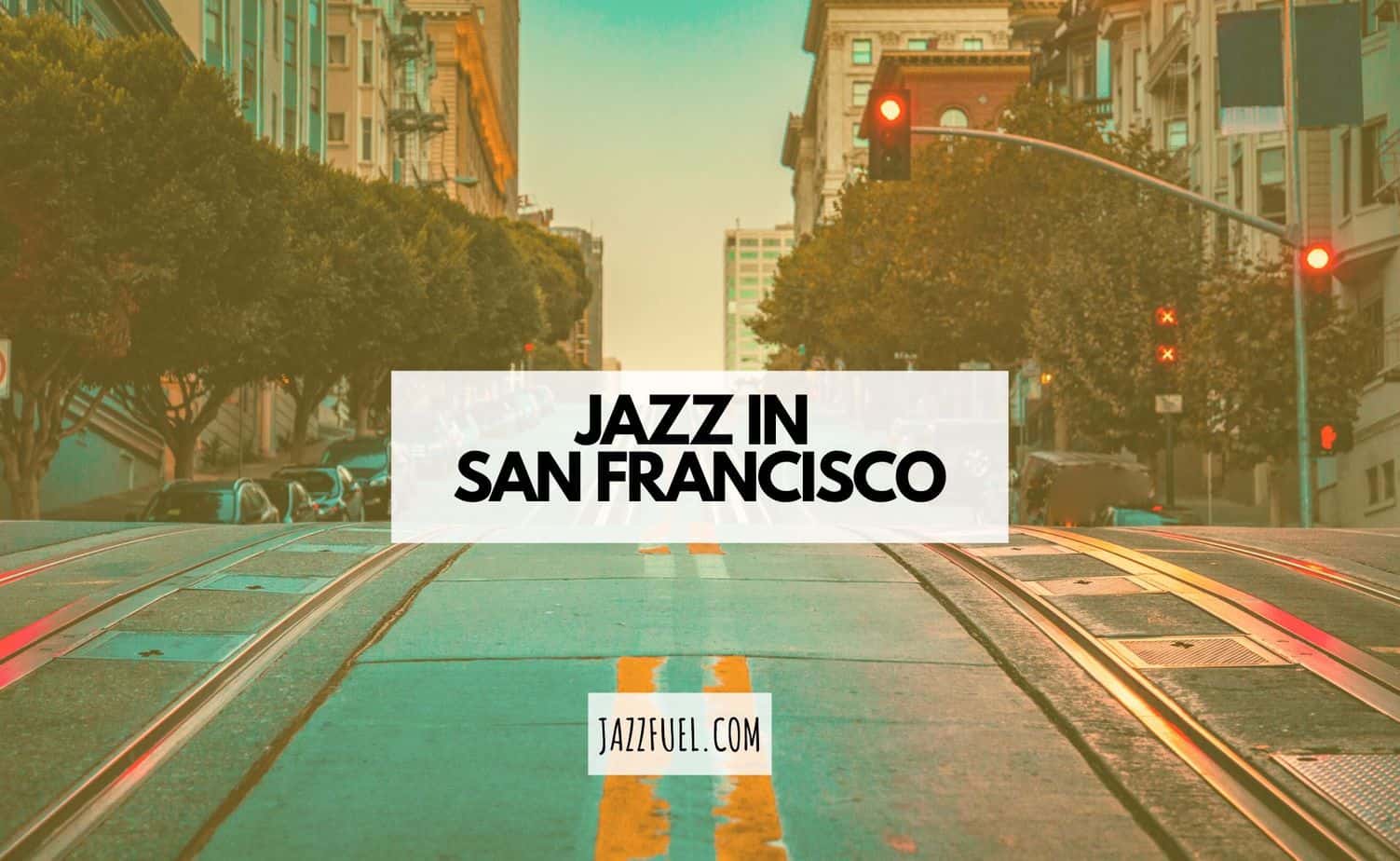 Looking for ideas of jazz clubs and festivals in San Francisco? We’ve got you covered in this guide, which runs through some of the opportunities for all sorts of jazz in The Golden City. It’s part of our ever-growing guide to the best places for jazz around the world.

Jazz may have originated in New Orleans, but it wasn’t long before it moved West.

In the 1940s throughout the ’50s, jazz and blues could be heard coming out of Fillmore Street and, post World War II, many jazz clubs opened in the San Francisco area of North Beach, such as El Matador, Basin Street West, The Cellar, Keystone Korner and the Black Hawk.

The latter, Black Hawk, hosted performances by the likes of Dave Brubeck, Art Tatum, Coltrane and Dizzy Gillespie performed and, perhaps most famously, was the location of Miles Davis’ first live club recording with one of his bands.

In Person Friday and Saturday Nights at the Blackhawk (other called The Complete Blackhawk) was recorded in 1961 and not released as a complete collection until 2003. It provides a fascinating insight into Miles’ playing in that period, alongside Hank Mobley, Wynton Kelly, Paul Chambers (who we profiled in-depth here) and Jimmy Cobb,

Today in San Francisco, aficionados can enjoy all types of live jazz performance, from traditional, big band and bebop, to avant-garde and contemporary jazz.

With that in mind, here’s our roundup of some of the best jazz festivals & clubs in San Francisco, as well as some additional resources for diving into the scene further…

Established in 1983, SF Jazz is a cultural centre celebrating the art form, presenting over 300 performances each year. Since 2013, these have been hosted at the new $64 million 36,000-square-foot SF JAZZ Center. The main concert hall, the Robert N. Miner Auditorium, has a capacity of up to 700, whilst other spaces can cater for a smaller audience of more intimate atmosphere.

The Joe Henderson Lab is the adjoining 100-seat space used to performances and rehearsals named, of course, after the late San Francisco resident Joe Henderson. With this SF Jazz has become the centre of jazz education in the city too.

As San Francisco-based jazz singer Noa Levy commented, “”SFJazz is remarkable organization that deserves wide recognition- they include a wide range of styles and are diverse in their programming, cultivate a phenomenal ensemble, support local musicians, offer reasonably priced tickets and most importantly – do excellent work for education in the community. Highly recommended! “”

SF JAZZ also runs the annual San Francisco Jazz Festival, free summer concerts, and the SF Jazz Summer Sessions. According to their website, the programme “explores the full spectrum of jazz—from the music’s origins in the African American community, to its diverse present-day expressions around the world.”

Hailed by SF Magazine as “the most romantic venue in San Francisco” Black Cat is a newer jazz club which is getting more popular and attracting out of town musicians.

Situated in the historic Tenderloin neighbourhood (once home to jazz venues such as Blackhawk) the club is open 6 nights per week, mixing a supper club atmosphere with live music.

Founding Partner Fritz Quattlebaum named the venue “Black Cat”, before finding out that a legendary San Francisco jazz club by the same name existed two blocks away more than a century ago.

According to the venue website, “the intimate stage’s close proximity to the dining room creates a San Francisco live jazz experience unlike any other.”

Named in honour of jazz trumpeter Bix Beiderbecke, this jazz club positions itself as an elegant speakeasy-style supper club, and prides itself on showcasing the Bay Area’s best jazz musicians 7 nights a week.

One such highlight is native San Francisco jazz singer Mary Stallings, who’s been a regular there for years and years!

Found just off an alley close to Jackson Square, the venue is very much a restaurant-slash-music venue and, as you’ll see from the website, the music is an added bonus for patrons, with no cover charge or big advertising for the artists.

Another vintage saloon-style venue which, despite its, isn’t actually a recording studio. Its founder, Jay Bordeleau, was a music major at the University of Michigan, Ann Arbor, so the artistic quality is high.

The windowless room creates a great atmosphere and, whilst there is also a focus on the cocktail menu, it presents many of the top local jazz musicians in San Francisco…

The other weekly gigs follow a fixed theme, covering various styles such as Boogie, Latin, singers, Groove & Soul and, as with many jazz clubs in the San Francisco area, there is no cover charge.

Prized for its delicious pizza and excellent live jazz music shows, this cozy venue is modelled on the classic New York-style jazz club. Situated at the famed corner of Haight and Ashbury Streets, you’ll find a space devoted to the craft of jazz and food.

Musically, the programme touches swing singers, Dixieland, jazz Manouche, hot jazz and vintage soul, as you can see from their selection of band bios.

They also have one of the best jam sessions in town on a Monday & Tuesday too, so if you’re looking to meet local musicians on the San Francisco jazz scene, it’s well worth checking out.

Hailed a “the biggest and probably the best Jazz festival in the world” by the Observer, the event has presented jazz stars such as  Roy Ayers, Chris Potter, Tia Fuller, Jose James and Rudresh Mahanthappa, alongside many of the best jazz groups in the Bay Area.

Taking place in a multitude of venues in San Francisco, the festival is a great target for any out-of-town musician looking to make connections and new fans in this important West Coast city.

The Fillmore Jazz Festival is the largest free jazz festival on the west coast, annually entertaining up to 100,000 visitors.

Picture three stages of continuous jazz in San Francisco with over 300 artists. And it’s free. As its name implies, the music takes place on Fillmore Street, an historical Bay Area jazz spot where, rumour has it, Louis Armstrong went to check out Charlie Parker and this new music called Bebop!

Find out more via fillmorejazzfest.com

Thanks for checking out this guide to the San Francisco jazz scene and hope it have you some new ideas for clubs and festivals.

If you’re a local San Franciscan and have other suggestions for us to add, feel free to use the comments section here.

And, lastly, if you’re building a tour, why not check out some of our other city guides – including Los Angeles, New York, London & Paris, on our Jazz Clubs & Festivals page.