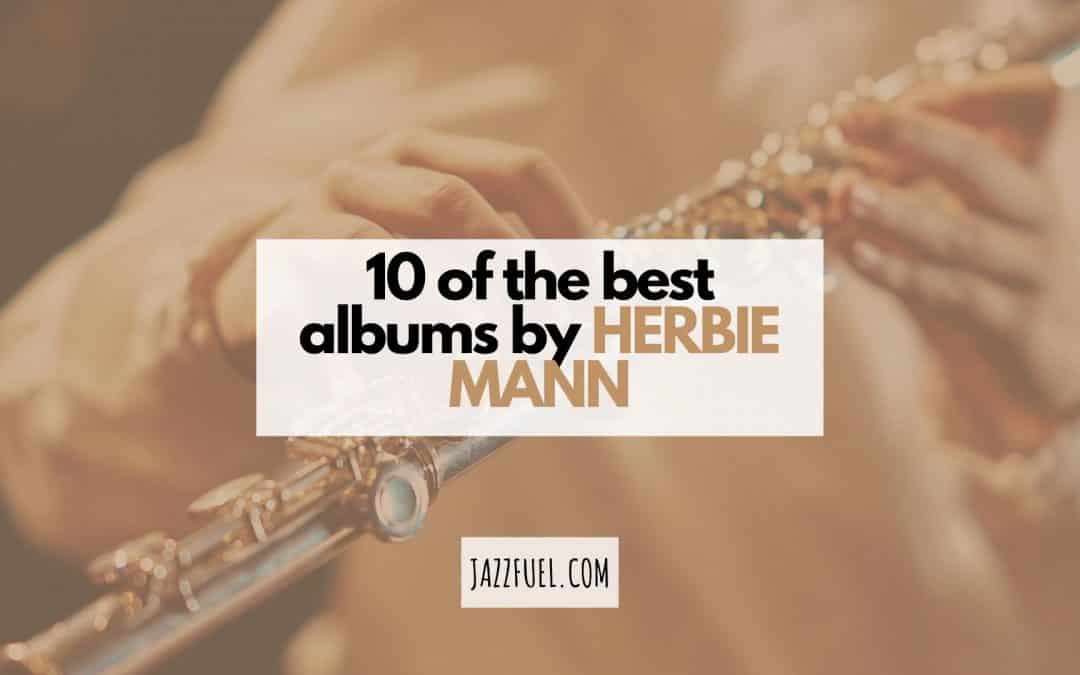 In this article we take a look at the legendary Herbie Mann who was one of the first musicians to elevate the flute from a supporting instrument to a lead voice in jazz.

We’ve picked 10 stand-out albums from the Herbie Mann discography which chart his prolific output and contribution to various styles of jazz.

Herbie Mann recorded over 80 albums during a remarkable recording career that saw over 25 of them appearing in the US Billboard album charts.

Although he started out on as a saxophonist and clarinetist, it was as a flutist that Herbie Mann found success, becoming one of the major jazz artists of the 60s.

Born Herbert Jay Solomon on 16 April 1930 in Brooklyn, New York City, Mann was an early enthusiast of what was to become known as world music and his early involvement in Brazil’s Bossa Nova movement preceded Stan Getz.

Mann was also a noted producer, record company owner and was never afraid to experiment in many different genres including pop and disco. He died aged 73 in 2003.

Stay tuned for our pick of 10 of the best Herbie Mann albums to listen to. 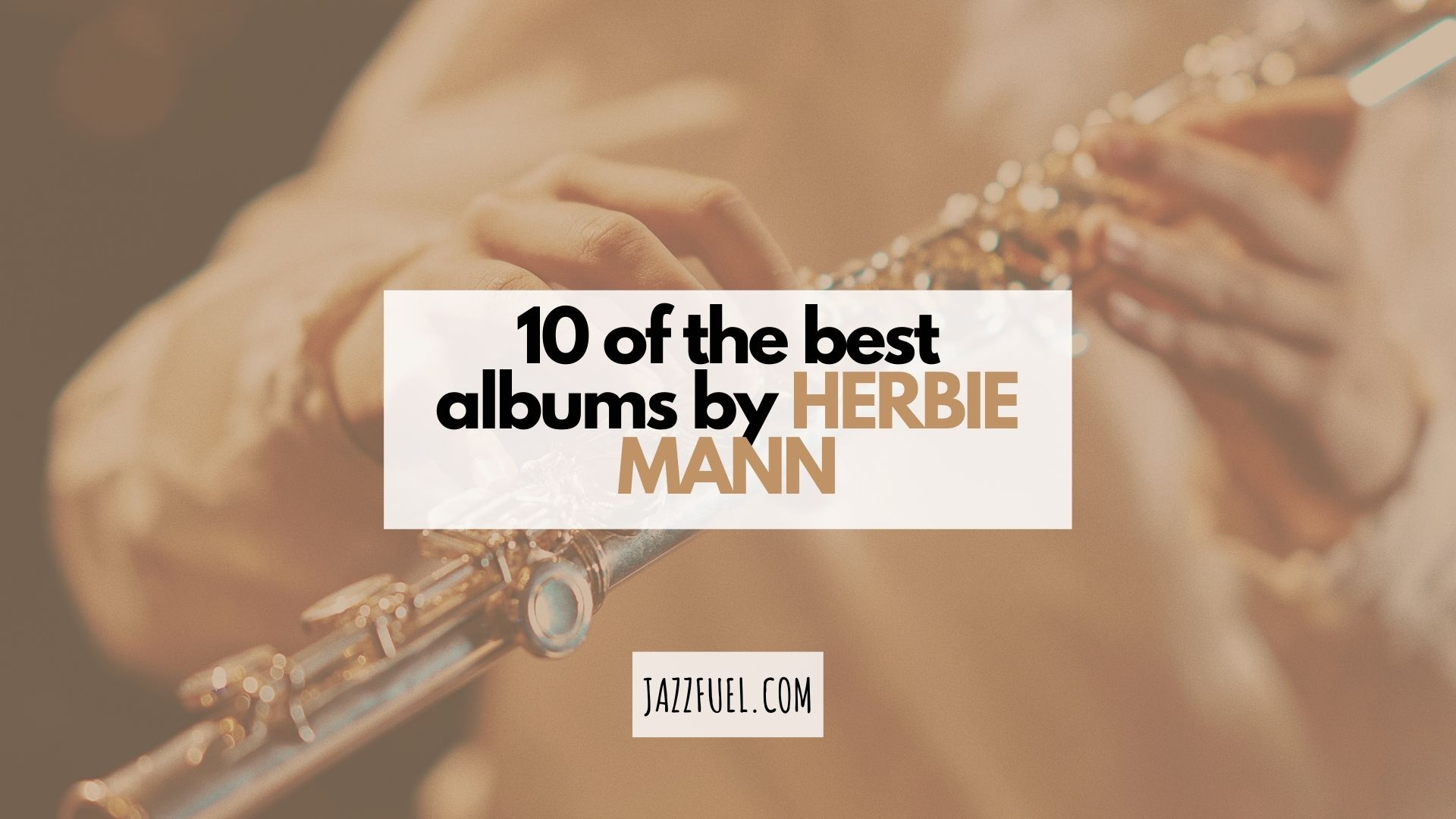 One of two albums co-led with the flutist Bobby Jaspar, (both are also heard together on the album ‘Flute Flight’ which was recorded at the same sessions), with a fine line up featuring pianist Tommy Flanagan, guitarist Joe Puma, bassists Wendell Marshall and drummer Bobby Donaldson.

Recorded only a few months after ‘Flute Souflé’, Herbie Mann again plays both flute and tenor saxophone with the same rhythm section as well as alto saxophonist Phil Woods and vibraphonist Eddie Costa.

It’s a confident bop session with tunes by guitarist Joe Puma and Phil Woods, as well as featuring a fine take on Charlie Parker’s title track.

Mann’s star was rapidly rising, and he was setting the scene for the breakthrough to come just a few years later.

A live album recorded in New York at Basin Street East, packaged in kitsch artwork featuring a dancer in a leotard and hat with conga drum, flute and bongos.

But look beyond the packaging, this album demonstrates just how well Mann understood the culture of ethnic and diverse music and, especially, how to present it to the public as a fusion of Afro-Cuban and bebop.

Mann is positively flying in the live setting, as is the band which only bass, drums, two percussionists and vibraphone/marimba.

Only two years later Mann was almost ready to change direction again, but not before making this fascinating album by a short-lived line up featuring four trumpeters (including Doc Cheatham), vibraphone, bass, drums and two percussionists.

There are jazz standards – Autumn Leaves and You Stepped Out of a Dream are examples – but the real fire here is on the two originals ‘A Ritual’ and ‘Fife ’N’ Tambourine Corps’ that take a more interesting approach.

The ever curious Mann had now fallen in love with Bossa Nova (and the rest of the world would soon follow suit), and incorporates it into his Afro Cuban style.

It’s so exciting to hear Antônio Carlos Jobim’s ‘One Note Samba’, ‘João Gilberto’s ‘Minha Saudade’ performed in such a fresh and melodic style before the dam broke and Bossa ruled.

The first of Mann’s Village Gate live albums consists of just three tracks, but what a trio – ‘Comin’ Home Baby’, ‘Summertime’ and almost twenty minutes of ‘it Ain’t Necessarily So’.

The band were cooking, Mann was soaring and this was the big breakthrough which Atlantic Records promoted to the hilt, making it a must for any swingin’ party!

It’s been argued that Mann did as much for ‘Summertime’ as Miles Davis, see if you don’t agree…

Mann cut this album for Columbia who gave him the kind of budget needed to record some stellar arrangements by Oliver Nelson with a twenty piece band.

Impressions of the Middle East (1967) Atlantic

The Afro-Cuban grooves are still very much present, but there’s a whole new sound that integrates with the traditional ethnic instrumentation such as oud, zither and Arabic percussion.

It’s no exaggeration to say this album is the equal of some of the finest Miles Davis and Gil Evans collaborations.

At just over 28 minutes in length it’s almost overwhelming at first, but is extremely rewarding.

As for the other tracks, ’Series of No Return’ is recorded with a brass ensemble, while ‘Wailing Wall’ and the beautiful ‘My Little Ones’ with a double string quartet. You need to hear this!

Mann always had great musical radar and was acutely aware of what was happening in music.

He headed down to Memphis with his band to record with the crack rhythm section at Chips Moman’s American Studio.

The results made a huge impact on jazz and rhythm & blues, with potent soul jazz versions of Sam and Dave’s hit ‘Hold On, I’m Comin’’ and Aretha Franklin’s ‘Chain of Fools’ as well as the funky title track.

This album was followed by similar collaborations such as ‘Muscle Shoals Nitty Gritty’, ‘Memphis Two Step’ and ‘Push Push’ but this is the moment where Mann’s soul jazz fusion started.

With Larry Coryell and Roy Ayers, it features one of the finest rhythm sections anywhere!

That’s it – our pick of 10 of the best Herbie Mann albums!

Of course, we’ve only scratched the surface of Mann’s recorded output and in particular haven’t mentioned his 1975 disco hit ‘Hijack’ from the album ‘Discothèque’, or the fine records he made towards the end of his life.

But regardless of this, we hope these ten may inspire you to seek out more music by the great Mann himself.