A Guide to Saxophone Serial Numbers 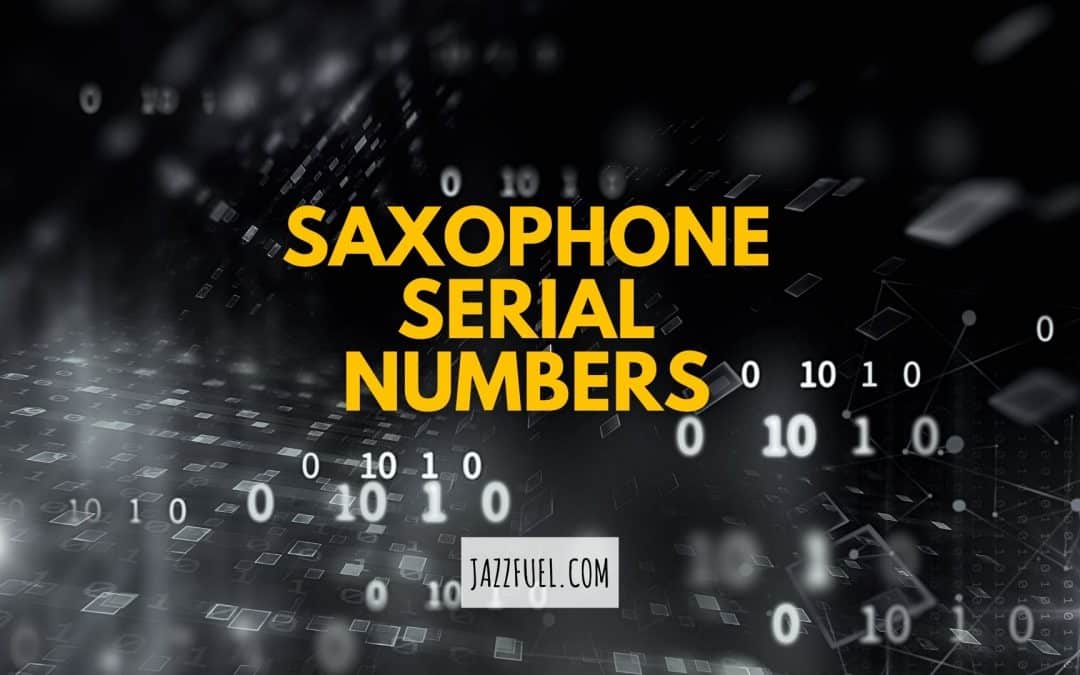 Searching for a vintage saxophone? Understanding saxophone serial numbers can help you distinguish between a great instrument and one that’s best to avoid.

Serial numbers are the unique number on the back of saxophones, usually inscribed under the right thumb holder. They help identify the instrument’s exact production year and model.

In this article, we will guide you through the different serial numbers used by six popular saxophone makers:

For companies such as Buescher, Conn, Martin and King who today mainly produce stencil and/or student models, knowing the serial number can tell you if you are looking at a potentially great instrument or something that is aimed at less experienced players.

We’ve chosen these six brands for a number of reasons.

Firstly, they are some of the most well-documented saxophone manufacturers in the world. There is also a big difference in quality between their models so knowing the best serial numbers will prevent you from picking out a poor-quality horn.

The reason for this is that modern sax makers such as these don’t have a history long enough to judge the quality of the horns based on their serial numbers.

So, let’s jump right in, starting with one of the oldest manufacturers on this list: Buescher.

These instruments are the very best of the Bueschers as they put all their knowledge and experience previously acquired with the Buescher Aristocrat series and improved the design, material and comfort.

An honorary mention from the Buescher Aristocrat series, the ‘Big B’ model which was produced between 1940 and 1951.

These horns are different from the Super 400 in design, have a smaller bell, and the bell keys are found on the left instead of the right rear as on the 400. In addition, the octave key is placed on the top of the neck as on modern saxes.

The Big B engraving on the bell is an obvious sign that we are looking at an Aristocrat model, not a Super 400. As you can see there is an overlap with the serial numbers, but the above-mentioned differences between these two instruments should help you recognise whether you are dealing with the 400 or the Big B.

After 1963, H&A Selmer company bought Buescher and from then on, they focused mainly on beginner and intermediate level horns so best to avoid anything with a serial number 381000 to 875000 if you’re looking for a vintage classic.

Next in line is another American maker from Elkhart Indiana, the Conn saxophones.

Conn made some great saxophones, including these two models that we’re looking at here: the Transitional and the M series.

The name “Transitional” refers to the models produced between the New Wonder series and the M Series (1931-1934).

It’s not an official model name, rather a blanket term employed by collectors and players for Conn saxophones produced during this particular era.

It can get a bit tricky to tell the difference between a Transitional and an M series. Some of these horns have some features of the M Series ‘Naked Lady’ model, and other features from the Transitional New Wonder model.

The differences are subtle like differing engraving or split bell keys, so knowing your serial numbers will help you find the sax you’re looking for.

These instruments are also referred to as ‘Naked Lady’ because of the lady on the bell engraving.

The 6M refers to the alto saxophone version and the 10M is the tenor saxophone.

This model can be broken down into 4 versions. The saxophones with rolled tone holes (regarded as the best versions) were made between 1935 and 1947.

Then there are the straight tone hole models from 1948 to 1959, the redesigned model with wire keyguards from 1960 to 1971 and a version with sheet metal keyguards instead of the wire keyguards produced from 1963 to 1971.

These instruments are right up there in sound quality and versatility with the Selmer Super Balanced Action and the legendary Mark VI.

If you’re looking for a classic pro horn, it’s probably best to avoid instruments made after 1963 with serial number c00501; Conn stopped making professional horns from this year and moved their factory line to North Carolina, Texas and Mexico.

We are going to jump over to Europe for our next manufacturer as we take a look at Keilwerth saxophones.

The company was founded by Julius Keilwerth. They were mainly stencil makers for other German brands until 1986 when Keilwerth hired jazz saxophonist Peter Ponzol to help develop more professional models.

This instrument was endorsed by musicians such as Branford Marsalis, David Liebman, Courtney Pine and James Moody among others.

It is a great alternative for professionals if you want something different from the well known Yamaha, Yanagisawa and Selmer saxophones.

Next, we have King saxophones, and their two most famous models the Zephyr and Super 20.

The Zephyr had a long run of production, however, the best models in our opinion are the ones with serial numbers from 180000 up to 340000.

It’s also worth noting that there is an overlap with the Voll-True II model which was made before the Zephyr. This means the very first Zephyrs are identical to the Voll-True II.

The Zephyr has an upgraded version which is known as the Zephyr Special. These had a solid silver neck, a different bore and engraving on some of the key works.

The Super 20 had a redesigned neck compared to the Zephyr, along with a better key layout and better intonation.

The best ones are those with serial numbers from 275000 to 425999. After that the production was moved to Eastlake, Ohio. Generally, these horns are of lower quality and less valuable.

Martin is the third saxophone maker from Elkhart Indiana on this list, and maybe the lesser-known. But that doesn’t mean that Martin horns are any less impressive than the Bueschers or Conns!

The Handcraft Committee and Committee both have beautiful engraving and a sweet tone.

The fact that the bore diameter is small doesn’t mean the sound is; they can really fill up the room.

The Magna is generally considered the best of the Martin saxes.

It’s based on the Committee II, but with a few upgrades such as an adjustable octave mechanism screw and enlarged left-hand thumb pearl.

The best Martin Magna horns are those produced between 1956 and 1963 with serial numbers ranging from 196213 to 218854. After 1964 Wurlitzer bought the rights to Martin and slowly shifted the focus to student and intermediate horns.

Anything built after 1971 are Yanagisawa stencils.

That’s all for American horns now as we take a trip to France to take a look at one of the most famous saxophone makers of all time, the Henri Selmer company.

I’ll take the three most famous and loved models:

These are the most famous and possibly the best saxophones in the world.

Selmer set the bar high first with the innovative Balanced Action (bell keys on the right side, bell turned by 14 degrees, and new design neck), then the slightly updated version, SBA followed by the further developed Mark VI which is the longest-run production in Selmer history.

There are no bad horns among these (alto or tenor), although some of the earlier SBA models have had some intonation issues reported; generally, the Mark VI sopranos aren’t the best intonation-wise, either.

The engraving and key work plating are widely varied between the American ensembled and European ensembled Mark VI’s. There is a higher demand for the ‘5 digits’ horns (i.e. a serial number with less than five numbers).

The models before these (Modele 22, Modele 26, Super Series aka ‘Cigar Cutter’) are more like collector’s items than instruments to be played as they have intonation problems and are not as comfortable as the preceding models.

Alternatives to the Mark IV

The models that followed the Mark VI (Mark VII, Super Action 80, Super Action 80 Serie II &III) stayed in the shadow of their ancestors, but are still very good saxophones.

In 2000 Selmer came out with the Reference 54 saxophone which is the closest to the quality, sound and feel of the Mark VI.

Much more recently, Selmer announced a new alto sax, the Supreme inspired by John Coltrane’s masterpiece “A Love Supreme” which is taking the place of the Reference – it’s well worth keeping an eye out on that one! 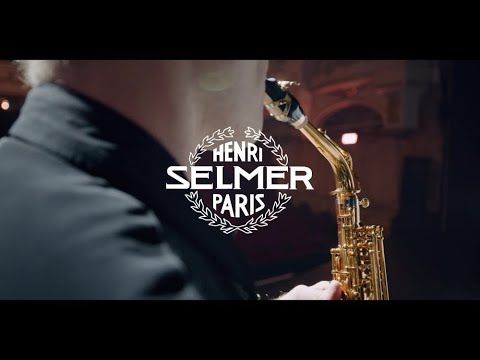 Thanks for reading and feel free to get in touch with questions!

If you’re looking for more info about the best saxophones, head to our saxophone homepage for all the articles and accessories.

You can also get some inspiration from our pick of the most famous saxophone players ever!