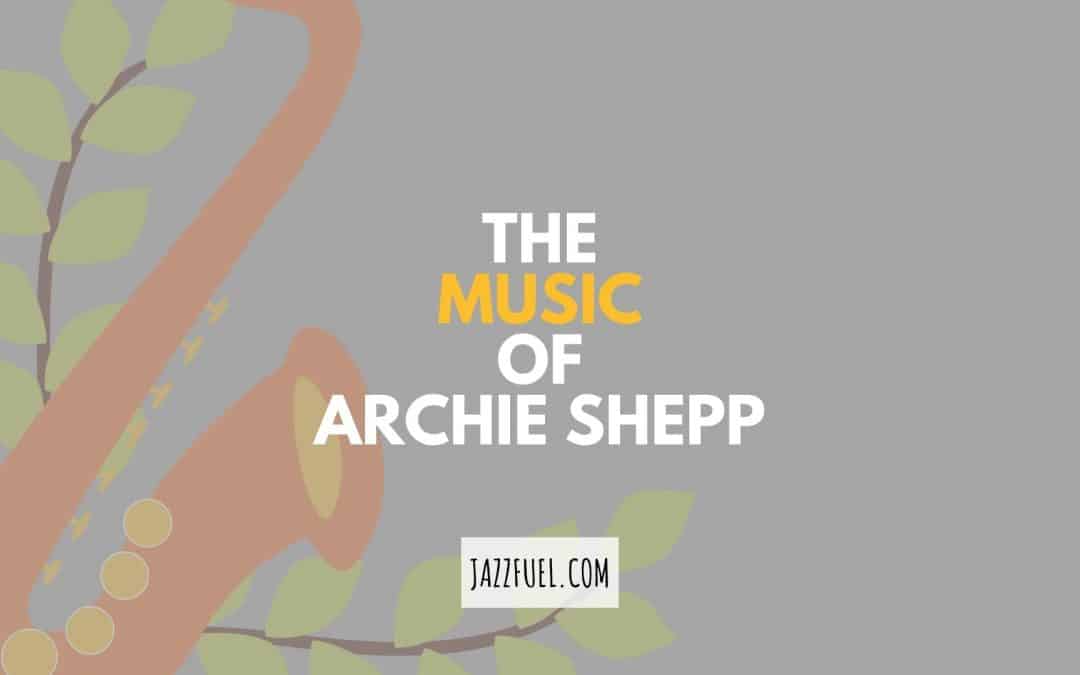 Born on May 24th, 1937 in Florida USA, saxophonist Archie Shepp is a true renaissance man whose career spans not only decades of jazz performance but also acting, playwriting, poetry and ongoing work as an educator and activist.

In this article, we’ll be focusing on his musical output and we’ve narrowed down Shepp’s extensive discography to just ten essential recordings that provide a perfect introduction to his music.

Despite being born in Florida, Archie Shepp spent his formative years in the city of Philadelphia. He showed an early aptitude for music, developing an ability through the formal study of piano and clarinet.

By the age of 15, Shepp had obtained his first tenor saxophone, learning his craft primarily through the active help and encouragement of older musicians such as fellow Philadelphian John Coltrane.

Like most American jazz musicians, Shepp moved to New York City – the Mecca of jazz during the era – to progress his career as a musician.

From his first recording in 1962 to the present day, the Shepp discography is vast.

Covering his work as a leader, co-leader and sideman, these choices are a great starting point for a deeper exploration of the man’s recorded works which span six decades.

The Four For Trane album was recorded in 1964 was Shepp’s first Impulse label release.

Famously appearing on the front cover is a photo of the older John Coltrane (who oversaw the production of the session with Bob Thiele) alongside the young band leader.

The album’s title not only references the four Coltrane compositions contained within, but also the dedication to Trane, without whose support the recording would never have taken place.

The session is a tour de force of small band arranging by Shepp. His avant-garde and free jazz leanings are at their most prominent in the only original composition of the album entitled `Rufus (Swung His Face At Last To The Wind, Then His Neck Snapped)`. 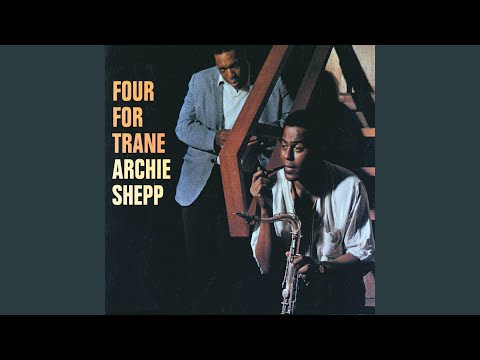 Having a very similar ensemble as the previous studio release, Four For Trane, this 1965 follow up album contains some of the most fascinating arrangements Shepp ever committed to paper.

It also serves to illustrate Archie Shepp’s position in jazz music during this period; occupying a middle position between the avant-garde jazz modernists and the traditionalists.

Shepp’s traditional leanings are showcased here by the inclusion of Duke Ellington’s `Prelude To A Kiss` and Jobim’s `Girl From Ipanema`.

However, rather than producing a mainstream sound, Shepp gives us two modernist ensemble arrangements that display his tenor sax playing at its most lyrical.

This 1966 Impulse release features Shepp’s quartet alongside a number of other small group setups.

This includes Shepp reciting his own poetry (a tribute to the recently assassinated Malcolm X) and on the title track, accompanying classical vocals on piano.

Once again, the music occupies the middle ground between free jazz and the traditional sounds and lyricism of the Great American Songbook.

This 1968 release is a glorious romp through the many facets that make up the musical personality of Archie Shepp: blues, modally inflected modern jazz, free blowing, swing and ballad playing.

The trio (tenor sax, bass, drums) performance of `Sophisticated Lady` is a high point along with the opening slow swing blues track `Damn If I Know (The Stroller)` featuring a tenor saxophone solo from Shepp, which manages to combine a traditional old school blues approach with more overtly avant-garde tendencies. 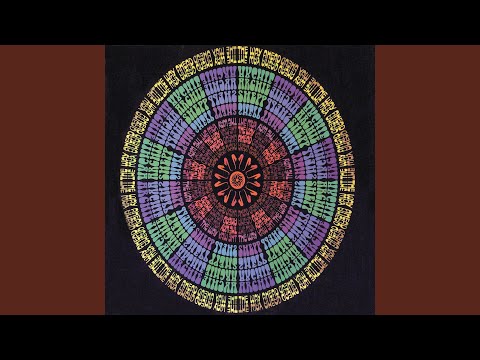 Along with its sister album, The Cry of My People (also recorded and released in 1972), this album is another large group project with vocals.

It amounts to a collection of various styles that drew Shepp’s attention in this period of his career. From mournful agonised blues tracks to Ellingtonian vintage swing numbers, and even a couple of storming pop-funk burners.

Shepp brings his avant-garde sensibilities to traditional big band music and contemporary funk with little regard for the boundaries separating them.

His soloing on tenor is typically aggressive and his talents on soprano saxophone are heavily featured on this classic album.

This live 1978 concert performance displays how the more traditional aspects of Shepp’s music came to the forefront as he matured, and the more experimental leanings fell away.

The opening number `Mama Rose` is a 25-minute-plus excursion into one chord modal jazz, very much in the spirit of the classic 1960s John Coltrane quartet.

His solo here shows complete mastery of the idiom.

This 1980 Steeplechase release is the second set of duets by Shepp (doubling on tenor and soprano) and US pianist Horace Parlan, after an earlier set entitled `Goin’ Home`.

It features the duo playing blues-oriented pieces from the 1920s. It is particularly interesting to hear Shepp altering his sound and giving the material (`Trouble in Mind`, `Blues in Thirds`, and `St. James Infirmary`) such intimate, tasteful and emotional performances. 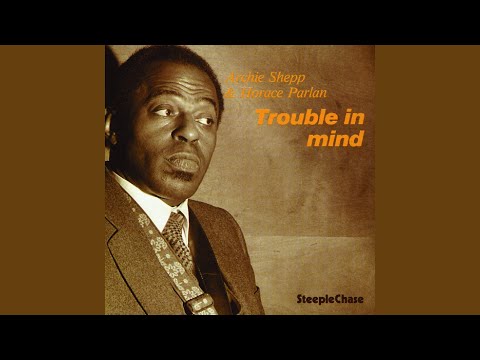 Another duet date – this time from 1990 – this live recording features the remarkable double bass playing of Richard Davis alongside Shepp.

Shepp digs deep into his own personal history of influences here from Ben Webster and Coleman Hawkins to Sonny Rollins and John Coltrane, referencing them all in his soloing.

The throwback setting seems to provoke Shepp into producing some of his most intimate, lyrical and romantic statements of the 1980s.

After some of his other more extreme and experimental musical offerings, we are simply treated here to some beautifully realised, relaxed and swinging jazz.

As if to completely cement his capacity to inhabit the world of the Great American songbook, Shepp put together this delightful 1992 session of back-to-back standards.

Teamed once more with the superb piano playing of Horace Parlan (alongside the discrete bass and drums of Wayne Dockery and Steve McCraven), Shepp treats the listener to the art of ballad and swing playing.

This album echoes and refers back to Coltrane’s famous 1960s Ballads album on Impulse Records. In the words of Archie Shepp himself: “You can hear every minute of every hour of every day of every year a player puts into practicing his horn when he plays a ballad.” 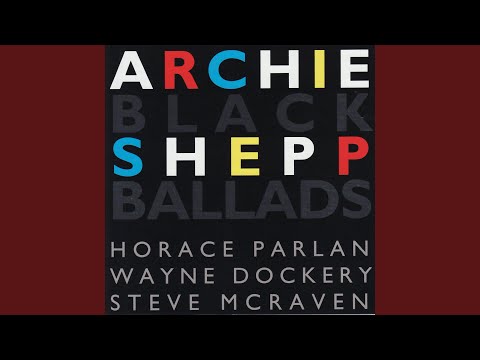 From his Avant-Garde stylings of the 1960s to his nostalgic songbook playing of the 1990s, there is much to enjoy in the recorded output of Archie Shepp and this list just scratches the surface.

New Thing at Newport is an excellent early live album with John Coltrane that is well worth a listen, as is one of Shepp’s more recent albums, Ocean Bridges (2020).

This is the sax player’s first venture into the sounds of hip hop which he pulls off surprisingly well.

If you enjoyed this article, why not check out our top ten John Coltrane albums or our rundown of the best jazz albums of all time.