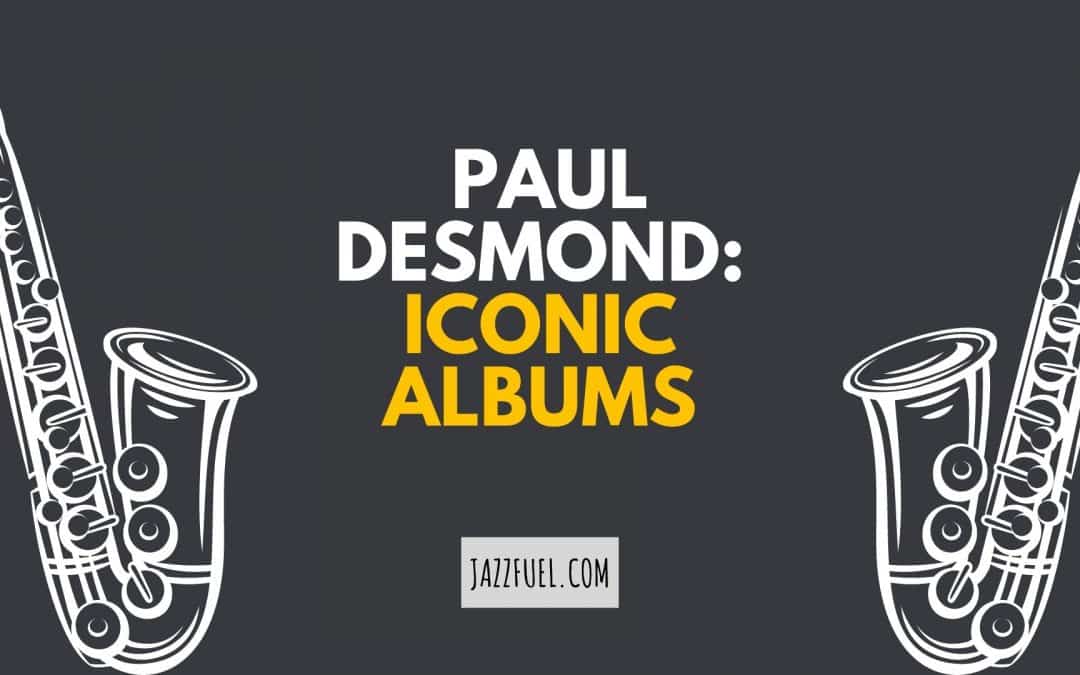 Composer and alto saxophonist Paul Desmond is one of the most influential jazz musicians of all time having played an integral role in the development of West Coast jazz.

Join us as we take a whistle-stop tour through his life and six of his most influential recordings.

Born in 1924 in San Francisco, Paul Breitenfeid (his birth name) started out playing clarinet and, despite his father’s disapproval of a career in music, switched to alto saxophone when he entered college.

Desmond’s smooth, even tone on the instrument saw him become a pioneer of the West Coast cool movement.

His long-term role in the legendary Dave Brubeck Quartet saw him become a household name, with his laid-back solos and elegant style the the perfect complements to Dave Brubeck’s improvisational skills and musical vision.

But whilst this group dominates his legacy and discography, he took the opportunity to record with others both during and after the existence of the Dave Brubeck Quartet (which broke up in 1967) with notable collaborations including Gerry Mulligan, guitarist Jim Hall and the Modern Jazz Quartet.

Here are just a few of the albums that showcase the genius of legendary musician Paul Desmond.

During WWII, Desmond was drafted into the army and, although he never saw combat, he did meet and perform with pianist Dave Brubeck. This union was a precursor to what would later be known worldwide as The Dave Brubeck Quartet.

After his military discharge, Paul Breitenfeid was ready for a change both musically and personally.

His first step: changing his last name. When asked what spurred the decision, he said Breitenfeid sounded “too Irish.” He searched the phone book for a new identity and settled on Desmond.

Whilst the Dave Brubeck Quartet was formed 8 years prior, their 1959 album ‘Time Out’ catapulted them into jazz stardom.

The record was one of the first jazz albums to sell over a million copies – due in no small part to the success of the classic Paul Desmond composition ‘Take Five’ (so named for the use of the odd 5/4 meter). 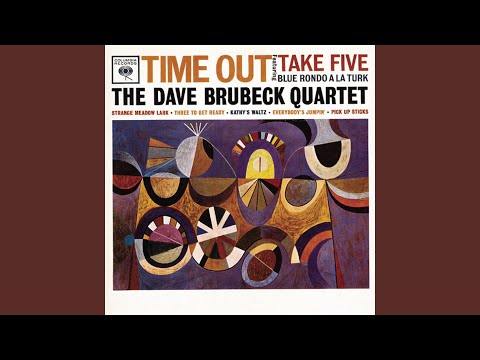 Desmond unites his mellow alto playing with baritone saxophonist Gerry Mulligan. This twelve-song album is the second recording of these jazz legends, the first being in 1957.

The interplay between Desmond and Mulligan is a delight, with the title song, “Two Of A Mind’ a particular highlight.

With a driving rhythm section, Desmond and Mulligan complement each other while showcasing their brilliance at soloing.

All of this with that cool, smooth Desmond sound.

Desmond revisits the success he had with “Take Five” with ‘Take Ten’.

Like his first hit, “Take Ten” is in 5/4 meter, and the melody and chordal progression will remind listeners of ‘Take Five’.

With Latin music becoming increasingly popular during this time in America, Paul Desmond also introduced the sounds of Bossa Nova with the track, ‘Samba de Orfeu’. 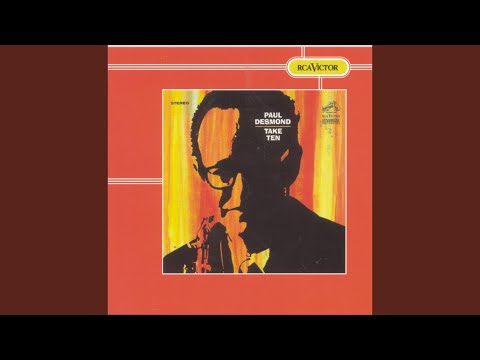 The ballad ‘Fujiyama‘ is where Desmond shines, his alto sound evoking images of the Orient and smoky jazz clubs.

‘Tokyo Traffic’ is an upbeat composition utilising Eastern melodies and percussion to put the listener in the heart of the city.

Jazz Impressions of Japan is the Dave Brubeck Quartet at its underrated finest.

This is the only recording of Paul Desmond with The Modern Jazz Quartet. 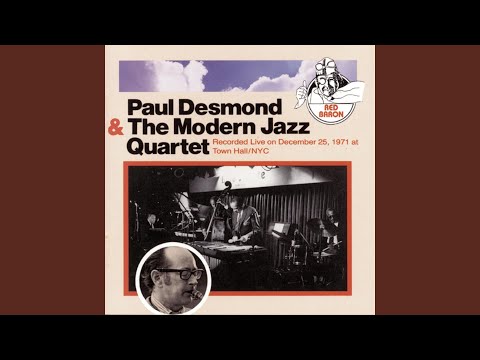 Recorded only a few years before his passing, Pure Desmond features the star-studded lineup of Ed Bickert on guitar, Ron Carter bass, and Connie Kay on drums.

The original recording featured eight standards, while recent reissues include bonus tracks and modern mastering techniques to refine and enhance the recording.

The opening track, ‘Squeeze Me’, has Desmond returning to his West Coast cool roots. Sonically, the album is a joy to listen to, and the musicianship by all is inspirational. Many agree that this recording captures Paul Desmond at his best.

In 1976, Desmond reunited with Brubeck for the Dave Brubeck Quartet reunion tour. This tour would prove to be his last, as Paul Desmond died a year later in 1977 from cancer.

Classy to the end, he donated his possessions to charities and libraries.

Paul Desmond was an accomplished composer and jazz musician whose approach to playing the saxophone was both innovative and revolutionary.

With his “dry martini” tone and lilting phrasing, Paul Desmond will forever be one of the significant musicians of the West Coast jazz era.

Take a look at our Saxophone Section for more articles about the greats of jazz saxophone and be sure to check out our pick of essential albums from fellow West Coast legends Stan Getz and Chet Baker.