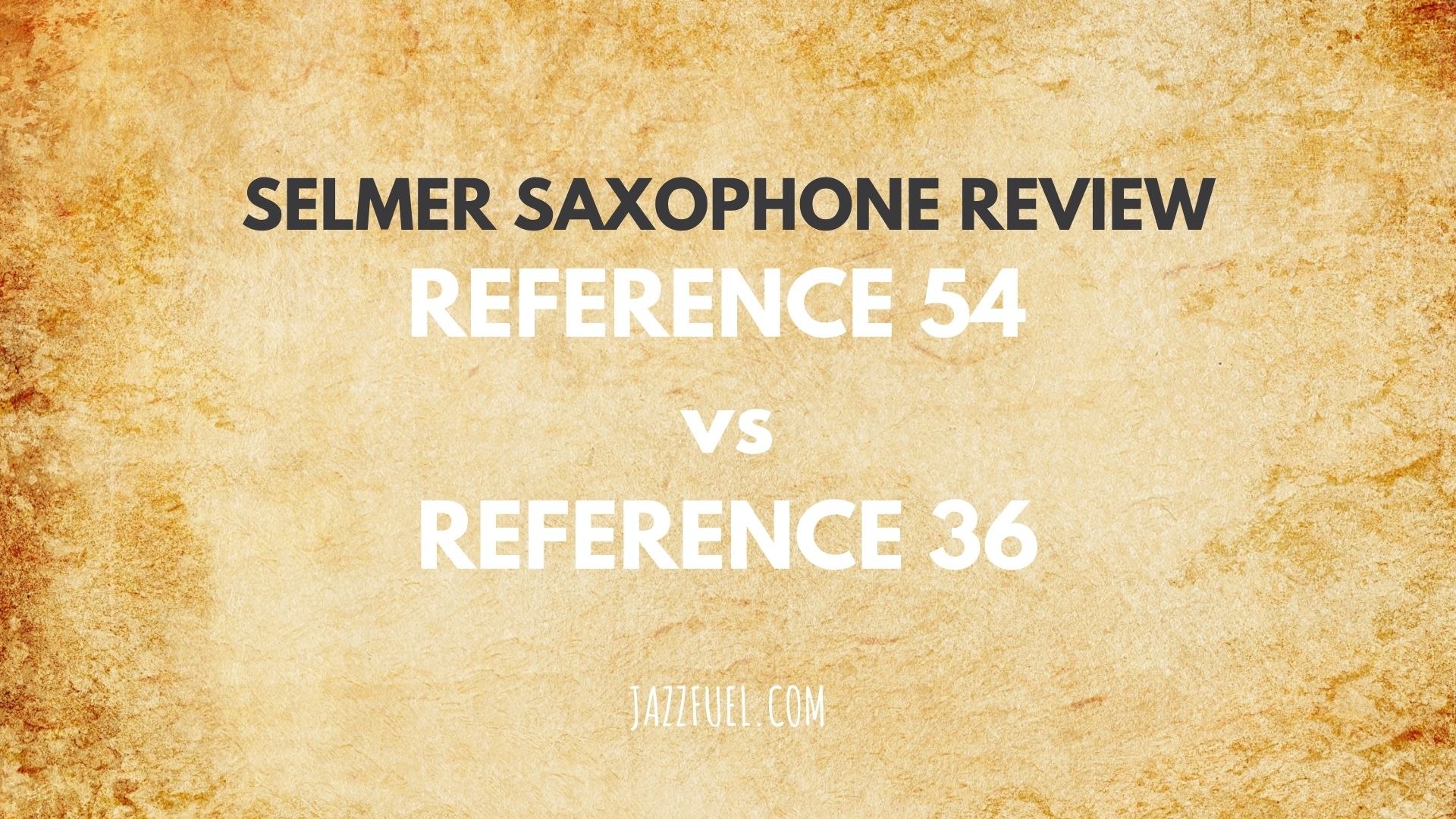 Looking to buy a top-of-the-range professional saxophone that has a vintage look and sound, but with all the technical security of a brand new horn?

In this article, Jazzfuel host and saxophonist Matt Fripp takes a look at Selmer’s Reference 54 & Reference 36 saxophones, what they’re like and which one might be best for you.

Before we jump into the ins-and-outs, though, here’s the choice:

You don’t have to have played for too long before you hear about the legendary Selmer saxophones.

But with some of their most championed saxes coming from as far back as the 1930s, players are left with a challenge to find one that is in good condition and at an affordable price.

Factor into that the fact that vintage horns really should be tried in-person, limiting the areas you can search for one, and it’s not the easiest thing to do.

For this reason, and many more, Selmer Paris’s range of “Reference” saxophones is a great compromise: vintage jazz tradition mixed with 21st century manufacturing.

You can order a totally new saxophone – complete with the usual guarantees of getting an instrument direct from the factory – but still experience the magic of a horn from one of the golden eras of manufacturing.

These are absolute top-of-the-range instruments, played by some of the biggest names in jazz, and in this article we’re going to review the Selmer Reference 54 and the Reference 36 saxophones – which are available in both tenor and alto sax versions.

The Reference 36 is inspired by the acoustic and ergonomic style of the original Selmer Balanced Action from the 1930s, which is one of the first examples of a modern saxophone.

As you might expect from a horn originally designed more than 85 years ago, advancements in manufacturing means the key-work on this horn is vastly smoothly than the first Balanced Actions, as well as having the high F# key added.

Another big improvement, as expected, is the intonation, allowing the player to produce the characteristic rich, open & resonant tone over the whole range of the instrument.

“I played it and my whole live changed. The sound was easy to get, pretty and smooth. When I picked up the new horn it was like an old friend…The Reference 36 was the best I ever played.” 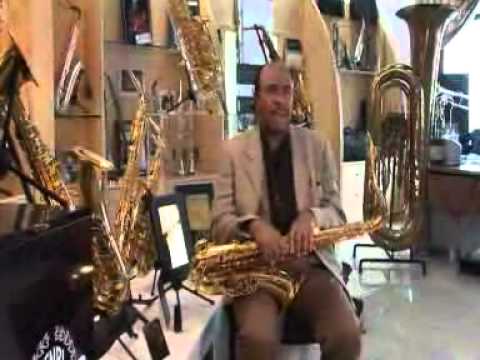 The Reference 54 is modelled on the design of the most legendary of all saxophones: the Selmer Mark VI.

This is not a like-for-like remake of the 1954 classic; it’s a little heavier and aims to capture it’s round, centred sound whilst incorporating top-of-the-range modern keywork and intonation.

In fact, the intonation is one big ‘win’ according to many players, with the horn much easier to play in tune across the whole range of the instrument, right up to the high F# key which is not present on the original Mark VI.

The Reference 54 also looks the part, going through an oxidation process to give it that vintage appearance. Whilst that may be visually appealing, it may also help get it so close to that classic Selmer sound. The special high-copper brass alloy used also helps get that rich, warm sound.

Of course, the list of jazz greats who played (or still play) the original Mark VI is pretty extensive.

But there’s a fast-growing number of modern players choosing this modern counterpart instead.

As with the Mark VI on which it was based, the Selmer Reference 54 has shown itself to be a firm favourite among many jazz saxophonists looking for that rich, full sound.

If you manage to find an original vintage Selmer which magically fits with your style, there’s probably nothing better!

But in truth there are plenty of Mark VIs or Balanced Actions out there which, due to the conditions under which they were manufactured, or how they’ve been looked after in the years since, don’t fit that criteria.

In that case, the Selmer Reference 36 & 54 saxophones are by far a better option for a professional jazz saxophone.

A technically sound modern horn with the feel and spirit of a legendary sax: recommended!

Pro tip: whilst brand new Selmer saxophones arrive in mint condition and ready to play, there’s no reason why you can’t take it to a trusted saxophone repairer to get small adjustments to make it totally perfect for you.

No two saxophonists are exactly the same and some of the magic comes in setting up your sax for you, personally.