Buescher Saxophones | A Complete Guide to the Iconic Instrument Maker 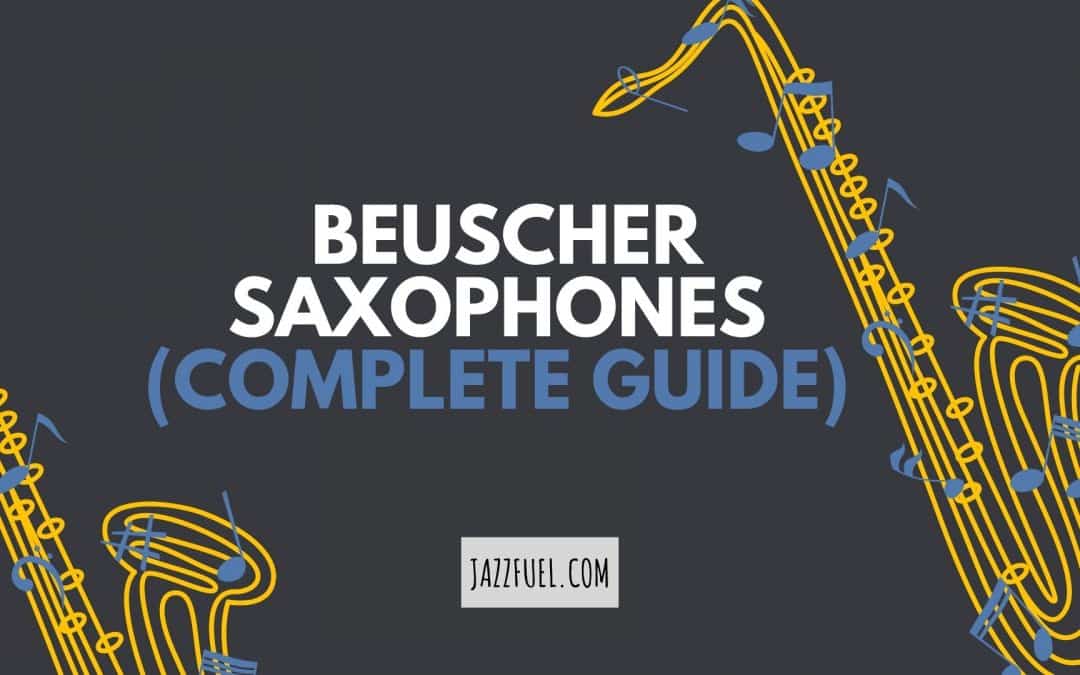 Buescher is a legendary name in the world of vintage saxophones. In this article, we’ll be taking a look at the history of the brand along with some of its most iconic instruments which continue to be a popular choice amongst jazz players and collectors.

If the capital of tech and innovation is Silicon Valley, the capital of American band instruments was definitely Elkhart, Indiana, home of instrument makers such as Buescher, Conn, and Martin.

In this article, we will explore the history of Buescher and its legendary saxophones.

The History of Buescher Saxophones

Buescher was founded by Ferdinand August “Gus” Buescher in 1893. Working at the Conn band instrument factory from 1876 until 1894 he built Conn’s first saxophone which was based on an early Adolph Sax model.

Eventually, in 1894 he quit the Conn factory and set up his own company called “Buescher Manufacturing Company” in Elkhart, Indiana. They became Conn’s main competitor with their trademark named band instruments “True Tone.”

In 1916 Mr Buescher sold the majority of his shares to six businessmen. One of these investors was Andrew Hubble Beardsley who later established Elkhart Band Instrument with Conn’s president Carl Dimond Greenleaf who served as secretary-treasurer in the new company.

Beardsley became president of the company in 1919, and Buescher remained vice-president and general manager until 1929 when he resigned from these positions and stayed at the company as a consultant engineer.

In 1926 Buescher Band Company was merged with Beardsley’s other company Elkhart Band Instrument Company (it is unsure which company bought the other).

Beardsley died in 1936 and the company dissolved, however, Buescher kept using the Elkhart brand for its line of student instruments until 1959.

The Buescher company kept producing high-end professional saxophones such as the “True Tone”, “New Aristocrat”, “Aristocrat” and the “400” until 1963 when the company was bought by “H&A Selmer Company” (known as Conn-Selmer from 2003).

After the purchase, H&A Selmer used the Buescher factory, equipment, and personnel for their student line model called “Bundy”.

The Buescher brand was retired by H&A Selmer in 1983 but it has left behind a prestigious legacy that few other brands can match.

The Buescher True Tone series were the first saxophones made by Gus Buescher, with the pre-1904 models being very close in design to the original Adolph Sax instrument.

All of the Buescher True Tone models had soldered tone holes, split bell keys and the early models had a double octave mechanism.

Because of the fire in 1903, there isn’t much information available on the early models, but we know that from 1904 onwards the company was making all types of True Tone models, continually improving them and experimenting with some quite unusual variations such as the C-Soprano and the straight alto and tenor saxophone.

Buescher also made a tipped-bell and curved soprano saxophone as well. He introduced snap-in pads in the early 1920s, while the front F key and 4-part left-hand rollers were standard by 1926.

As for the finish, there were lacquered silver- and gold-plated instruments with various engraving and the “True Tone” logo stamped on the rear of the body along with the serial number.

Following the success of the True Tone models and the increased popularity of its saxophones, Buescher started to make their New Aristocrat series. This series only included an alto sax and tenor sax model.

These horns are rare to find but are very free blowing with the correct setup and it’s certainly an experience playing this iconic vintage saxophone.

The follow-up model after the New Aristocrat was the Aristocrat – Series I, also known as ‘Art Deco’ because of the art deco design engraving on the bell horn.

On these horns, they moved the bell keys to the left side of the instrument. Another new feature was the ‘Buescher’ name stamped on the enlarged G# key. You’ll also find yellow or brown rollers instead of black ones.

Because of the great success and popularity of the New Aristocrat model, Buescher introduced a soprano saxophone and C-melody version of the Series I.

The ‘Art Deco’ series was a great success and became a popular choice amongst jazz musicians of the era. Charlie Parker, a young Sonny Rollins and Sigurd Rascher were all known to have played a Series I during their careers.

The ‘Big B’ is considered by many as the best instrument in the Aristocrat Series. These horns have a ‘fatter’ sound and better intonation than the Series I.

There’s not too much difference in the look with its tan/brown or yellow rollers, bell keys on the left and ‘Buescher’ written on the large G# key.

A small difference can be seen on the octave key. It’s not a round pearl key as on the previous models but a longer shaped key, similar to the ones you’ll find on modern instruments.

Series II included a baritone saxophone but there was no soprano version.

Experts say these are the best vintage Buescher saxes ever made.

One of the main characteristics of this vintage horn is the extra-large bell. The bell keys were moved to the right rear of the bell tube and the octave key mechanism goes under the neck (similar to today’s Yanagisawa saxophones).

Production of the 400 lasted for just over 20 years, and throughout this period there were several changes.

The first models – B7 (alto saxophone) and B11 (tenor saxophone) – had a silver bell flare ring and the keys had the same finish as the body of the instruments.

In 1958 Buescher made some changes to the S1 (alto sax) and S20 (tenor sax) versions of the 400. On these instruments, the bell flare ring and keys are nickel-plated and came in the lacquered finish only. The engraving varied as well; some instruments have ‘Buescher 400’ and the top & cane logo engraved, some had only “Buescher Super 400”.

The last version of the 400 series was the S5 (alto sax), and S25 (tenor sax)(1960 – 1963). On these models there is no bell flare ring, the keys were moved back to the left side of the bell, keys are nickel-plated and came in lacquer finish only.

Johnny Hodges from the Duke Ellington Orchestra played on this Buescher alto saxophone throughout his career.

This line of Buescher saxophones is very similar to the Series II. The only major difference is that there is no ‘Big B’ engraving on the bell. It still has snap-in pads, Norton rollers and the Buescher engraving on the G# key.

After a change in ownership in 1963, H&A Selmer continued to produce and market the Aristocrat saxophones until 1983, but these were essentially the same as the Selmer Bundy student saxophones.

By the 1980s Yamaha offered better quality and more up to date student and intermediate models, which lead H&A Selmer to stop producing Buescher saxophones, and retired the brand.

If you’re looking for a top vintage saxophone steeped in history, a Buescher could be for you.

If you feel more drawn to a classic Selmer, check out our guide to the iconic saxophone brand, or if a modern instrument is more up your street, be sure to take a look at our round up of the best beginner saxophones today.