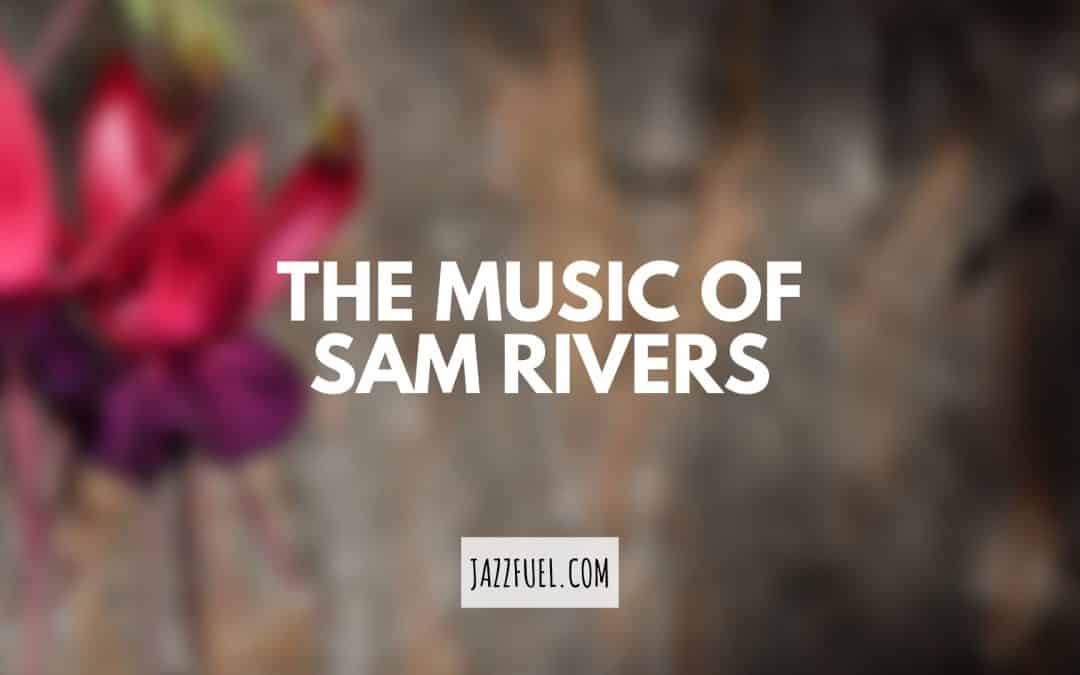 Sam Rivers is undeniably one of the greats of free jazz saxophone. The inventiveness and technical precision of his playing place him amongst some of the best saxophonists in jazz history, however he only gained the recognition he deserved after his fortieth birthday.

In this article, we’ll take a look at ten of his best albums both as a leader and sideman.

Born on 25th September 1923 in El Reno, Oklahoma, Sam Rivers was a virtuosic multi-instrumentalist who performed and recorded with equal distinction on tenor and soprano saxophones, flute, bass clarinet and the piano.

Throughout an illustrious career in music, Rivers was both a leader (various configurations from trio to big band) and a sideman (most notably with trumpeter, Miles Davis and avant-garde pianist Cecil Taylor).

The opening of his New York studio loft in the 1970s – Studio RivBea – as a performance and recording space, was fundamental to the development of experimental jazz during this decade.

After a spell in the US Navy in the mid-1940s, Sam Rivers` musical education took him to Boston, Massachusetts in 1947, where he studied at the conservatory and university, majoring in composition.

The 1950s and the early 1960s was a period of relative obscurity for Sam Rivers who didn’t record his first album until the age of 40).

From Rivers’ arrival in New York City in 1964 to his death over 40 years later, he was no longer to languish in obscurity. International fame, attention and opportunity were to follow him throughout the rest of his musical career.

A lack of high profile opportunities meant it was only word of mouth that alerted people to Rivers’ prodigious musical abilities. All this was to change in 1964 when, at the insistence of former Bostonian resident Anthony (Tony) Williams, he relocated to New York City.

It wasn’t long before Rivers was hired to join The Miles Davis Quintet. This exquisite CBS live album from July 1964, marks the recording debut of Sam Rivers.

Featuring the second great Miles Davis Quintet on top form, this music is easily the equal of any of the more celebrated Davis releases from this period such as the 1964 Columbia releases My Funny Valentine.

The 40-year-old Rivers performs exclusively on tenor saxophone and produces one magnificent solo after another.

To say Rivers’ playing here owes nothing to John Coltrane, Sonny Rollins or any other saxophonist is a mark of the maturity of the man’s work and individual approach.

His solo on ‘So What’ galvanises the rhythm section – Tony Williams in particular – into a heated response. In contrast, listen to Rivers’ solo turn on ‘My Funny Valentine’, which is breathtaking in its delicacy and sensitivity. 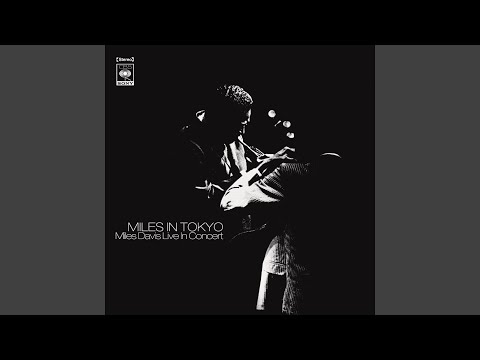 What makes the session so successful is Rivers’ ability to marry traditional song form with intense group interplay which pushes the music into a modernist arena.

This 1965 recording marks the follow-up release (on Blue Note Records) to his 1964 debut.

Featuring Rivers on a variety of woodwinds (tenor, soprano saxophones and flute), this session explores an array of advanced post-bop sensibilities.

This approach has much in common with the mid-1960s Miles Davis Quintet, in which Rivers was fleetingly involved. ‘Controlled Freedom’ was the phrase Davis used to sum up this approach.

The presence of Miles Davis collaborators Herbie Hancock and Ron Carter on this recording does much to further deepen this connection.

Listen here to ‘Euterpe’, a standout composition on the album, featuring the muted trumpet of Freddie Hubbard and Rivers’ flute. The composition is reminiscent of Indian ragas in its use of hypnotic repeated rhythms and static harmonies. 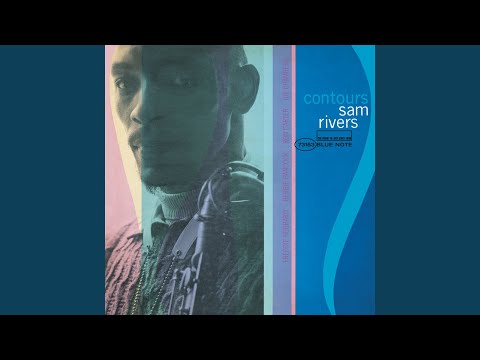 In contrast to the modernist approach of his previous two Blue Note releases, this 1966 recording focuses on seven standards from the Great American Songbook and features the many woodwinds of Rivers alongside a stellar rhythm section.

What Rivers offers the listener here is a mixture of the playful, the lyrical and the radical, all presented with a swinging approach.

The music certainly has its modernist surprises: liberal use of pedal points on ‘That’s All’ (complete with a surprise abrupt ending), a series of oblique melodic statements on ‘What A Difference a Day Makes’ and a rendition of ‘Detour Ahead’ that avoids any direct reference to the written melody.

The relatively straightforward take on jazz ballad ‘When I Fall in Love’ is a high point of this unusual and enjoyable session.

This Bobby Hutcherson-led Blue Note album, recorded in 1965 features Rivers as a sideman in this Blue Note supergroup.

Rivers leaves his mark all over this session, performing on tenor, soprano, flute and bass clarinet.

The album covers a range of moods and compositional approaches that challenge the musicians into giving some of their most compelling performances.

Moving from the anarchy and free playing of ‘Les Nois Marchant’ and ‘Dialogue’ to the bluesy swing of  ‘Ghetto Lights’, this session represents the quintessential Blue Note New York sound of the mid-1960s. 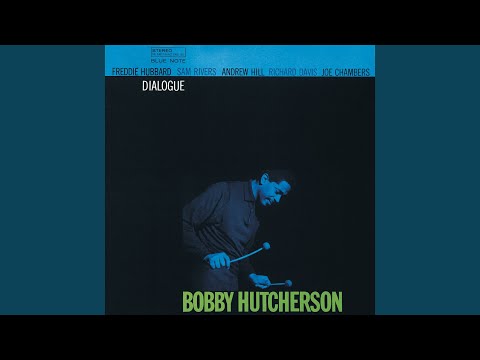 The relatively short duration of each track on the album are culled from longer performances that were the norm for Rivers during this period.

These extended trio concert performances would feature Rivers moving from tenor to soprano, to flute to piano during a 45-minute continuous set.

The level of musicianship throughout these highlights is notable, with Rivers excelling in these free music/modal settings.

On ‘Turquoise‘, you can listen to some wonderful jazz flute playing by Rivers over a modal bass vamp accompaniment from Cecil McBee.

Conference of The Birds

It features Sam Rivers as a sideman alongside fellow US saxophonist Anthony Braxton.

An absolute classic of the genre, this is essential listening for anyone interested in exploratory jazz of the 1970s.

Performing on tenor and flute, Rivers’ presence is felt throughout the session, contributing a series of fine individual and collective ensemble solos. Group interplay is the hallmark of this album.

The music presented here has an almost European pastoral quality, which makes it quite unique in its flavour. Highly recommended.

This 1974 Impulse album documents the big band project that made up such an important part of Rivers’ musical career: The RivBea Orchestra.

Musically speaking, this represents the summation of Rivers the composer and improviser.

These six compositions were prepared over a period of a decade, with Rivers adding to the arrangements as and when new elements occurred to him.

This is a fully mature Rivers excelling with the larger canvas that the big band offered him. The music manages to fuse the qualities of free jazz improvisation with highly organised ensemble passages.

This is music that is both intellectually stimulating and visceral in its sheer raw power. 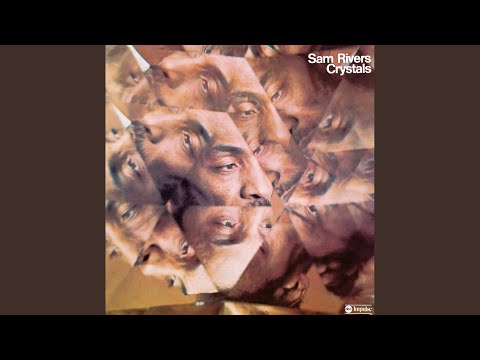 This wonderful 1975 quartet recording on Black Saint Records features the playing and writing talents of Rivers alongside the US pianist Don Pullen.

Each of them contributes two compositions, which largely explore the free jazz arena.

However, the pair also display an ability to fuse this free playing approach with groove and bass vamps.

Listen to Sam Rivers’ composition ‘Fall Out’, which utilises Latin rhythms and bass modal vamp figures alongside free playing by the tenor saxophone and flute of Rivers and piano of Don Pullen.

This all-star band put together by US bassist leader, Reggie Workman, features Rivers on tenor, soprano and flute.

The 1993 album is another example of loose compositional frameworks, which act as springboards for free solo and collective ensemble playing.

It’s an intriguing session, which moves from the fast swing ‘time no changes’ approach of ‘Encounter’ to the more conventional chord-based composition, ‘Solace’ with its Latin rhythms.

This is music of a spare and stark beauty, which shows as much the influence of Satie and Debussy as it does the jazz tradition.

What is particularly striking about Rivers` musical approach and playing, is the consistency of his work that spanned over six decades of recorded work. Whether in his 40s or 80s, Sam Rivers was never less than compelling in his music-making.

Sam Rivers passed away at the age of 88 in Orlando, Florida, on the 26th December 2011, leaving behind a rich musical legacy.

Other album highlights from his career include his 1999 collaboration with pianist Tony Hymas, Winter Garden and his 1975 avant-garde effort, Involution.

Discover more great music in our guide to the best players of all time. Or, if you’re looking for more album picks from the avant-garde space, check out our rundown of the best albums from the free jazz great, Archie Shepp