We may well be in ‘the streaming age’ where pretty much any music ever recorded is readily available online, but jazz radio stations – and particularly the people that host them – still provide a valuable and entertaining source of discovery for jazz fans and musician alike.

For jazz musicians, being aware of the great jazz radio stations and shows around the world is an important gap to fill when promoting a new album.

And, for music fans, getting to know which programmes match your tastes is a great way to make sure you’re not missing any killer new releases!

For this article, we’ve picked a handful of the most well-established jazz radio stations around the world to give you a brief overview to what’s out there.

Of course, we could have included many more, so feel free to add your suggestions in the comments section at the end.

There’s a long history of jazz being played and talked about on the radio.

There are recordings available by Charlie Parker, Nat King Cole and Miles Davis that were originally made especially for broadcast, and in fact a previously unheard interview with Parker, from New York radio show The 1280 Club in the mid 1950s, recently surfaced.

Now many major public broadcasters (like the BBC in the United Kingdom, NPR in the USA and France Musique in France) include some jazz coverage amongst their scheduling.

Digital radio has allowed for an increase in specialist stations that focus only on jazz, or even specific sub-genres like smooth, Latin or Avant garde jazz, while the internet and social media allow fans to discover new shows and stations, and to listen from around the world.

Jazz radio shows can expose artists to whole new audiences, making them an in important area to consider when thinking about promoting that new album release. There are even businesses, particularly in the USA, that offer specialised PR services just for jazz radio playlisting.

So, here’s our list of some of today’s best jazz radio stations and programmes from around the world.

With “Listen in colour” as a slogan, Jazz FM has been a fixture of the UK’s radio landscape since 1990, although it has taken on various forms through the change in the radio landscape from analogue to digital.

Somethin’ Else with Jez Nelson

Jez Nelson is one of the UK’s best known jazz broadcasters. He has had high profile presenting stints on the BBC, and is CEO of the UK’s largest independent radio production company in the UK, Somethin’ Else, which is also the name of his long-running show on Jazz FM.

Nelson’s Sunday night slot is highly eclectic, playing mostly new music, with the odd classic, from the UK and elsewhere: a given show might stretch from Moses Boyd, to Ambrose Akinmusire, to Nina Simone.

Listen to the latest episode

The Blueprint with Chris Phillips

Chris Phillips is another Jazz FM stalwart, and a former Head of Music at the Station. His Saturday night show focuses on “new jazz heat, grooves and free sounds.”

Other Jazz FM shows include The Ronnie Scott’s Radio Show with Ian Shaw, and YolanDa Brown’s soul and blues-focused programme. 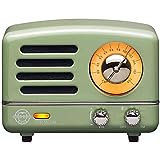 Alex Dutilh is a highly respected French journalist, music critic and radio producer, most notably of the show Open Jazz, which he has presented since 2008.

Each episode takes an in-depth look at a particular musician from the international jazz scene, generally prompted by a new record release.

Dutilh’s output is prolific: he puts out five episodes of Open Jazz per week on France Musique, a publicly owned station that is part of the Radio France group. He also pops up at various European jazz festivals where he interviews musicians backstage and the show is also available as a podcast.

Radio 2 Soul & Jazz is one of the major stations belonging to NPO, the Netherlands’ public broadcasting company. There are programmes seven evenings per week, many of which are available as podcasts, and you can listen through a dedicated app, as well as online.

The Co! Live show broadcasts performances from North Sea Jazz and other festivals, while Makkinga Meets sees host Andrew Makkinga interviewing guests from across the cultural sector, taking their favourite tracks as a starting point.

Alto saxophonist Benjamin Hermann is one of the finest jazz musicians in the Netherlands, but his Tuesday evening show reveals him to be a charismatic and extremely knowledgeable radio presenter as well.

The flagship jazz station from DR, Denmark’s major public radio company, P8’s stated aim is to inspire and educate its listeners with music covering the entire history of jazz.

The station broadcasts audio from recent editions of the Copenhagen Jazz Festival, as well as high quality archive audio: one programme featured a recording of the Miles Davis Quintet from 1967!

The station has also done a recent series on the use of jazz in film soundtracks, while a number of P8’s evening programmes spotlight the music, with no presenter between tracks.

Danish Radio is one of the few stations in Europe which still have an in-house big band who perform with international guests throughout the year.

In addition to her presenting role with Canadian national broadcasters CBC, Laila Biali is a Juno Award-winning pianist and singer.

Her show spotlights new releases from the Canadian and international jazz scenes as well as old favourites, with a focus on slightly more mainstream jazz and singers.

This Canadian radio institution has existed in various formats since 1949, but has been a 24-hour jazz station since 2001.

With a strong community ethos, it has an active team of 90 volunteers, and a particular focus on promoting and showcasing the development of Canadian talent.

Flagship shows include Afternoon Drive with Brad Barker, who also acts as the station’s music director, and David Basskin’s The Nightfly, which highlights lesser-known artists.

JAZZ.FM91 also broadcasts a number of shows originally recorded for other stations, including Jamie Cullum’s BBC Radio Show and the Ronnie Scott’s Radio Show from the UK, and John Pizzarelli and Jessica Molaskey’s Radio Deluxe show from the USA.

Jazz Night in America is a weekly radio show and a multimedia collaboration between WGBO (New York’s premier jazz radio station), NPR (the USA’s non-profit National Public Radio) and the Lincoln Center (a performing arts complex in Manhattan, the Jazz portion of which is directed by Wynton Marsalis).

The show is presented by Christian McBride (interviewed here by Jazzfuel), who is best known as a Grammy Award-winning winning double bassist and bandleader, and who has collaborated with the likes of Freddie Hubbard, Joshua Redman and Diana Krall. 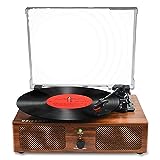 Based in Basel, Switzerland, Radio Swiss Jazz plays jazz, soul and blues 24 hours a day, with many listeners opting to enjoy the station via a well designed app.

At least 30% of the music played is by Swiss artists, but you’ll also hear classic numbers and new releases from the international scene. There are no presenters, so this station is a good option for those who just like to hear good music with no chat between tunes.

Formerly known as Dig Jazz, ABC Jazz is part of the Australian Broadcasting Corporation network, and showcases the best of Australian and international jazz and improvised music.

The Dinner Set with Monica Trapaga has looked at new and old jazz stars, including Veronica Swift, Joao Gilberto and Abbey Lincoln, while James Valentine’s Upbeat has had episodes focused on Nat King Cole and Cassandra Wilson.

The station’s Artist in Residence series allows musicians from the Australian jazz scene to talk about their own influences and the stories behind their work. 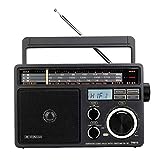 Hosted by knowledgeable presenter, author and bassist Alyn Shipton, Jazz Record Requests is a long running fixture of BBC Radio 3’s jazz programming. The Sunday afternoon show features records from across the history of jazz, all of which have been specifically requested by listeners.

You can check the programming of this radio how here.

Other BBC jazz programmes include Corey Mwamba’s Freeness, which focuses on more Avant garde material, and The Swing & Big Band Show with Clare Teal on Radio 2.

Thanks for reading! I hope you’ll check out some of these great jazz radio stations over the coming weeks and let us know in the comments section your favourite.

If you’d like to discover more great jazz media outlets, including websites, blogs and magazines from around the world, you can find our directory of the jazz press here.

And, if you’re a jazz musician with an upcoming release, find all the Jazzfuel content on this topic here.