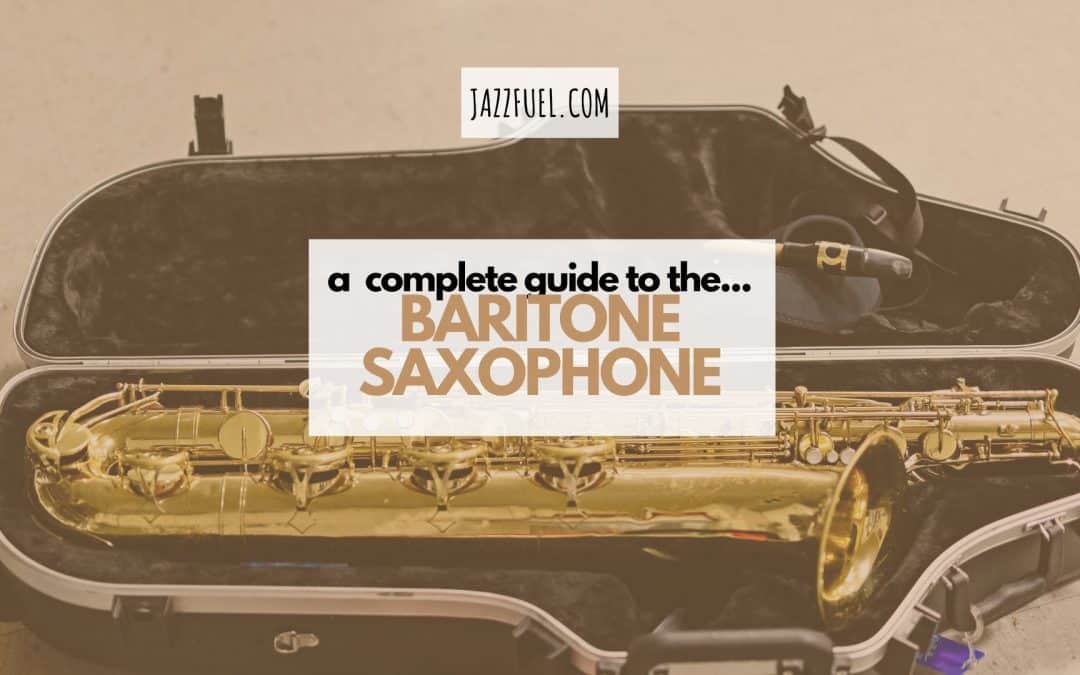 As part of our series on the different types of saxophones, we take a look at the baritone saxophone – AKA ‘the big saxophone’ – including some famous jazz players and recommended brands.

Whether you’re looking to learn more about the instrument (which can weigh in at a massive 15-20 pounds!) or are considering buying one yourself, we’ve got you covered!

Read on for the full story on the baritone saxophone and its use in music, or if you’re looking for our #1 tip on a professional-quality bari, look no further than the Yamaha 62….

But first, back to the basics.

Of the four commonly-played members of the saxophone family, the baritone is the biggest and lowest-sounding.

It’s heard relatively infrequently as a solo instrument or as part of small-group jazz bands – although there are exceptions to that, as we’ll see – but’t is a standard part of the saxophone section in a big band or jazz orchestra, and within classical music it features in the saxophone quartet.

As a result, many players who are primarily alto or tenor saxophonists will own a baritone as an auxiliary horn for when it is required in an ensemble setting.

Despite that, though, there are a few notable saxophonists who consider themselves first and foremost as baritone players and have played their role in pushing the boundaries and notoriety of this beautiful instrument.

Away from jazz, the instrument is sometimes heard as part of a horn section in Motown, funk and soul bands, and as a member of military and concert bands.

The baritone saxophone is also the instrument played by Lisa Simpson on The Simpsons (recorded by sax session player Terry Harrington) although on the cartoon programme it actually looks more like a tenor saxophone, and whether an eight-year-old child would be able to play an instrument the size of a baritone is debatable!

With its punchy, satisfying low notes, the baritone saxophone is capable of producing some of the woodwind world’s most distinctive sounds.

This article will take a look at some of the instrument’s top players within the jazz world, as well as recommending a selection of the most acclaimed brands, models and mouthpieces currently on the market.

The size and weight of a baritone can make it rather daunting.

Furthermore, it’s not uncommon to see it attached to a special stand to help with the weight, especially when the player is sitting down – in a big band, for example.

The baritone saxophone is in the key of E flat, meaning that it sounds exactly one octave lower than the alto, and a perfect fifth lower than the tenor.

Many modern baritone saxophones go down to a low A, extending the range by one note in comparison to all the other members of the saxophone family.

When buying a baritone sax, this is something important to consider, as access to a low A will probably prove useful in much modern ensemble playing.

That said, some players – especially small band jazz soloists – prefer the lighter feel of a vintage baritone saxophone that only extends down to B flat.

Whilst the bari is nowhere near as common as it’s smaller counterparts, there is a select group of musicians who made their mark on the jazz world playing this instrument.

Harry Carney was a pillar of the Duke Ellington Orchestra for over 40 years, making him the band’s longest serving member.

A pioneer of circular breathing in jazz, his vibrato-laden tone is an iconic sound in the world of big band jazz. 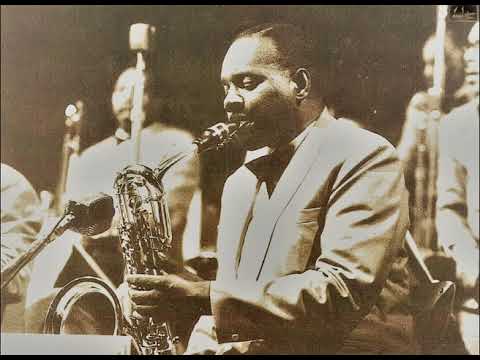 Gerry Mulligan’s lighter tone is associated with the Cool jazz movement that was popular in the 1950s.

His innovative quartet with Chet Baker did not feature a chordal instrument, so Mulligan’s baritone plays an important role as both soloist and accompanist.

It also plays a key role in the written arrangements of the legendary Birth of the Cool nonet recordings and his own Concert Jazz Band.

Perhaps the primary baritone saxophonist of the hard bop style of jazz, Pepper Adams had a quintet with the trumpeter Donald Byrd which is something of a cult favourite.

He was also a founding member of the Thad Jones/Mel Lewis Jazz Orchestra. 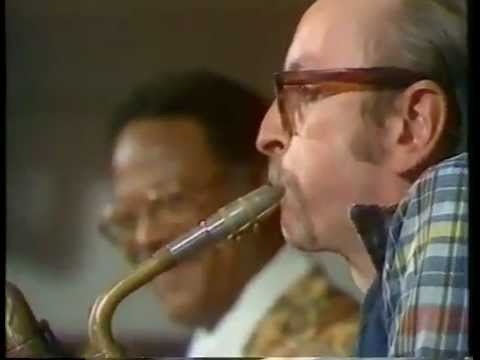 John Surman, an English musician who has released extensively on the Munich-based ECM label, has utilised the baritone saxophone in free jazz, avant-garde and more Eurocentric settings. 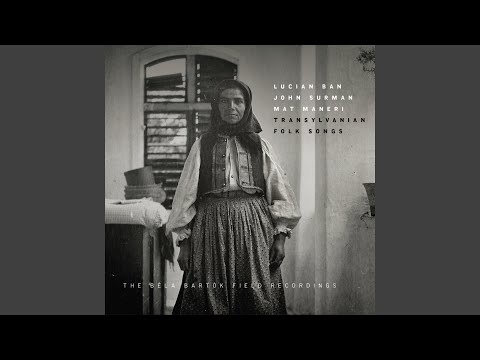 The best baritone saxophones on the market

If you’re looking to buy a baritone saxophone, you of course have the choice of new or vintage.

Both have their advantages, but as used saxophones tend to rely on expert knowledge and a good local shop, we’ve picked a selection of new baritone saxophones that you might want to consider.

Having created many of the most iconic models of all time, Selmer Paris is perhaps the most distinguished and sought-after brand in the world of saxophones.

They produce some of the more expensive products on the market, as you might expect with instruments that are largely hand-made in Paris.

And with baritones generally costing around twice as much as the equivalent alto model, this is a particularly pricey saxophone.

Arriving with a selection of high quality Selmer accessories, it is noted for its warm, mellow sound, as well as excellent tuning and intonation across the register, which extends down to low A.

A generally more affordable instrument, the Yamaha YBS-32E sax is described as offering an instrument with “professional qualities at an intermediate price”.

The Japanese company is known for making excellent saxophones (and various other instruments) across a range of price points, and particularly for their best-in-class beginner and intermediate horns.

The YBS-32E has a specially-designed octave key for superior clarity in the various registers, and possesses the sort of well-built playability that Yamaha is known for.

Worth noting: the YBS-62 is considered one step up from the YBS-32E as Yamaha’s professional baritone saxophone model.

P Mauriat is a Taiwansese saxophone brand that has made waves in the saxophone world since its arrival in the mid 2000s.

It has won plaudits for the value-for-money of its intermediate and professional level saxophones, which are hand-hammered from French brass and generally come with an unlacquered finish for a vintage look.

This model has a big, dark sound and, with the range only extending down to a low B flat, would suit a player searching for something of an old-school feel, although Mauriat also makes low A models.

Elkhart are known for their solid entry-level musical instruments and, while it still doesn’t come cheap, the SXB is significantly more affordable than some of the other models on this list.

Supplied with a wheeled hard case, this could be well-suited to beginners or higher level players on a budget.

Another no-nonsense beginner level baritone, the JBS1000 by Jupiter has proved particularly popular with school bands and music services.

It features a number of adjustable keys and a removable ‘endpin’ (which acts as a kind of stand), and comes with a wood-frame case with wheels.

In recent years Conn-Selmer (not to be confused with Selmer Paris) has developed a reputation for producing quality intermediate level saxophones.

An unlacquered finish gives this a vintage look and a free-blowing quality across the range.

The inclusion of a professional quality Rosseau ebonite mouthpiece is a nice touch.

While this might seem surprising at first, the mouthpiece you use can have as much impact on your sound as the saxophone itself.

So, although new saxophones will generally arrive with a mouthpiece in the case, many players will want to buy a new, higher-quality mouthpiece to go with their new instrument.

So, with that in mind, here’s a selection of the most popular baritone mouthpieces out there.

One of the world’s most popular saxophone mouthpieces, the S80 comes as standard with most Selmer saxophones and is a popular choice for beginner players upgrading to their first higher quality mouthpiece.

It is generally associated with a refined classical tone, but is versatile enough to be used in other styles.

Upgrading a beginner or intermediate baritone with this mouthpiece is a great way to make a leap forward in your set up without the expense of a full professional instrument.

If you’ve been on social media recently, there’s a good chance you might have seen some of the world’s top saxophonists endorsing products by SYOS – which stands for Shape Your Own Sound.

The French company makes its mouthpieces out of ABS plastic, using an innovative 3D printing process that allows customers to customise their piece to an unprecedented degree.

Players can opt for a ‘bright’ or ‘dark’ sound by making reference to their favourite recorded players, and the pieces are available in an astonishing variety of colours.

Vandoren, another French musical instrument company, is one of the biggest names in mouthpiece and reed manufacturing.

This is an ebonite mouthpiece that is specifically designed with jazz and big band playing in mind, so expect a brighter sound than, say, the Selmer S80.

With a 24K gold-plated finish, this mouthpiece certainly looks distinctive and has a feel of real quality.

The metal Otto Link is a classic product that has been a favourite of hundreds of famed saxophonists since the 1950s.

Metal generally provides a louder, brighter and more powerful sound than ebonite, so will tend to suit certain musical styles better than others.

The American company Jody Jazz hand-crafts all its mouthpieces in Savannah, Georgia, with each one being diligently play-tested by saxophonist and founder Jody Espina before being shipped off to customers.

The HR* is made from German-sourced hard rubber and is a versatile mouthpiece capable of playing across a range of styles, especially if combined with reeds of different strengths.

That’s it from us on the topic of the baritone saxophone!

Whether you were just looking to learn more about this beautiful and underused member of the saxophone family, or for ideas on your next big purchase, we hope you found what you needed!

Looking for more bari sax? We put together a round up of 10 essential Gerry Mulligan albums for every fan.