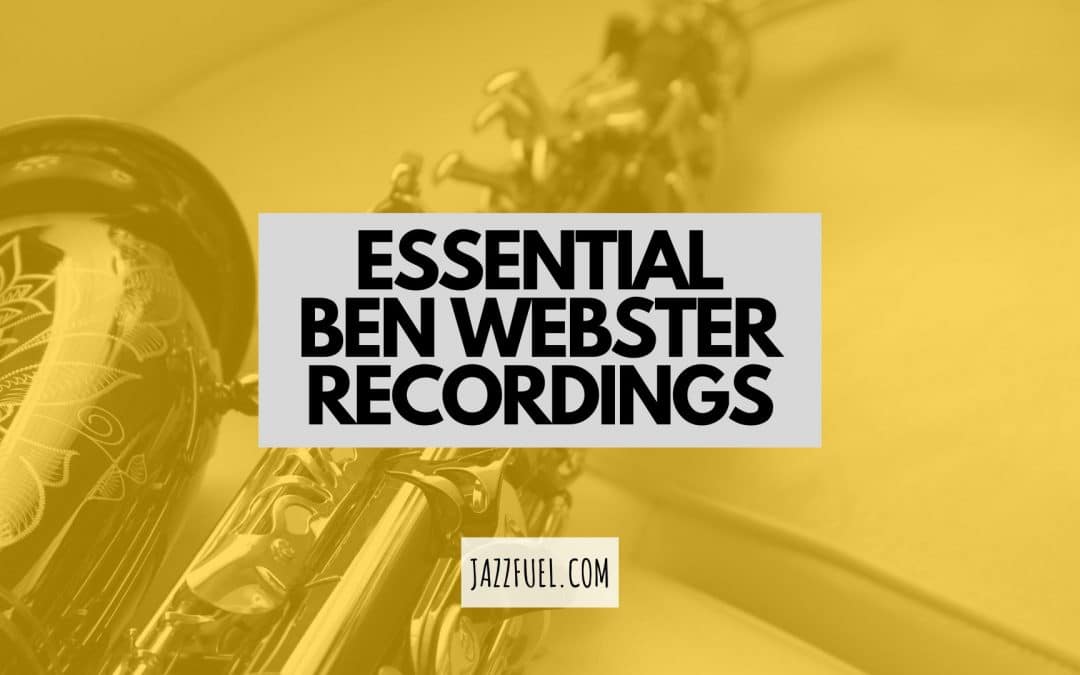 Born not long after the turn of the 20th Century, American jazz tenor saxophonist Ben Webster was an early pioneer who made is mark on some of the most important albums in history. In this article we look through 10 of the best…

As with many famous saxophone players of that era, he started out with classical music (learning violin and piano) before being inspired to switch to jazz; in this case, via Pete Johnson – a renowned local pianist who taught him to play Blues and Boogie Woogie.

By 1928, he was making money in the world of silent movies and it was whilst working in Amarillo, Texas, he met Budd Johnson who taught him how to play the alto saxophone.

Two years down the line and he was out of Amarillo, playing sax with Gene Coy’s Happy Black Aces.

After commenting that he “couldn’t express myself on alto” the bandleader bought Webster a tenor saxophone which he immediately took to. The rest, as they say, is history!

Ben Webster would go on to play with a range of leading bandleaders in the 1930s and 40s including Teddy Wilson, Fletcher Henderson, Cab Calloway and, most famously, Duke Ellington.

Although he later fell out with Ellington, he still played the composers tracks throughout his career.

With such a vibrant career as a sideman, it was relatively late before Ben Webster released his debut album under his own name.

Cut in 1953 New York for the Norgran label, it was originally released as “The Consummate Artistry of Ben Webster”.

It received some top reviews for Webster’s musicianship and the overall sound.

This album was actually re-released on the famed Verve label in 1957 when it became known as ‘King of Tenors” – this title has stuck ever since. 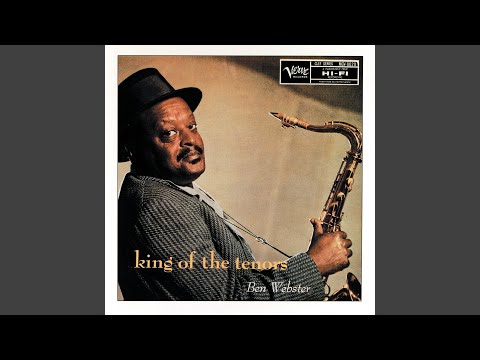 Two years passed before Webster’s next record, entitled “Music For Loving”. Again, this was re-issued by Verve in ’57 and named “Sophisticated Lady”.

The original was arranged by Duke Ellington’s collaborator and friend, Billy Strayhorn.

Again favourable reviews lauded Webster’s playing as the gem on this record; no wonder it was later ranked #2 in Colin Larkin’s list of the 50 most overlooked jazz albums of all time.

By 1959, Webster was with Verve Records and had become somewhat of a living legend.

On this outing he was once more backed by the Oscar Peterson Trio made up of the great pianist and his colleagues, bassist Ray Brown and drummer Ed Thigpen.

Tracks on this album include “This Can’t be Love” and “In The Wee Small Hours Of The Morning”.

Those in the know say this is one of the tenor horn player’s finest recordings.

These cats were really strutting their stuff by 1960.

Ben Webster and Johnny Hodges had been close buddies since playing together in the Duke Ellington Orchestra back in the 1930s and it really shows in their playing; I suppose this is to be expected with the finest tenor sax and the greatest alto horn player of the time making a record together.

The album recording was split into two part, with 12 tracks made at San Francisco’s Jazz Cellar in San Francisco and the final five in Los Angeles.

Notable musicians on this 17 track masterpiece included two further Ellington elite members Ray Nance on trumpet and Lawrence Brown on the trombone, along with Herb Ellis on guitar, Gus Johnson on drums, and Lou Levy on the piano.

This has to be one of the greatest jazz albums of all time – listen to it if you can all in one go for a great experience.

A switch of record label in 1963 to Riverside and a change of pianist to then upcoming Joe Zawinul brought about another brilliant recording.

Two tracks, “Soulmates” and “The Governor”, were Webster originals; “Frog Legs” was by Zawinul and they managed to squeeze in an Ellington song, “Come Sunday” too.

This smaller ensemble was completed by bassists Richard Davis and Sam Jones whilst Thad Jones blew cornet and drums were taken care of by Philly Joe Jones. 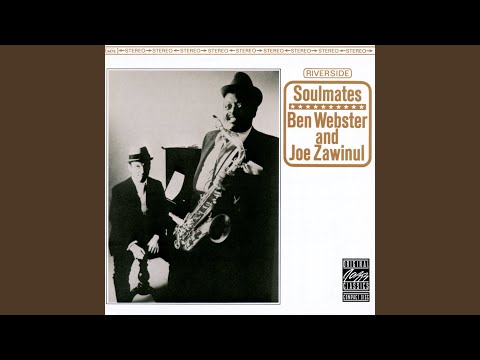 See You At The Fair

Recorded on March 11th and 25th, at Van Gelder Studio, New Jersey, this 1964 album was released on Impulse Records and again featured great tracks from Ellington.

As always the whole album really swings and on “Over The Rainbow” there is a real mellow feel and almost baroque keyboard sounds transform track five, “Lullaby of Jazzland”.

Not long after this five star record came out, Ben Webster moved to Europe, living out his years in London, Amsterdam and Copenhagen to name a few; the Danish capital even named a street and jazz award after him.

Having spent a month of 1964 in residency at Ronnie Scott’s in London and then moved around Scandinavia, Webster settled in Copenhagen, where there was little or no prejudice against blacks.

Newly arrived in January 1965 he recorded this live album at the Radio Concert Hall with Kenny Drew on piano, Alex Riel on drums and Niels Henning Ørsted Pedersen playing the double bass.

The 2019 Storyville Records rerelease of this album shows the mastery was still evident and all the musicians gelled so well; after the rehearsal track, “In A Mellotone”, the audience was suitably appreciative of a set that included “Pennies From Heaven” and “Blues In B Flat”.

The concert was broadcast live on Danish radio.

This Storyville recording contains seven tracks including the well-known jazz ballads “Cry Me A River”, “Stardust” and “For Heavens Sake”.

Webster was brilliant at ballads and that shows in these warm recordings, which were originally made between 1967 and 1970 and feature a host of musicians including once again, Niels Henning Ørsted Pedersen on bass, Kenny Drew on piano and Al Heath on drums.

Many of Websters compatriots enjoyed travelling from America to record and play with him and he toured extensively throughout Europe. 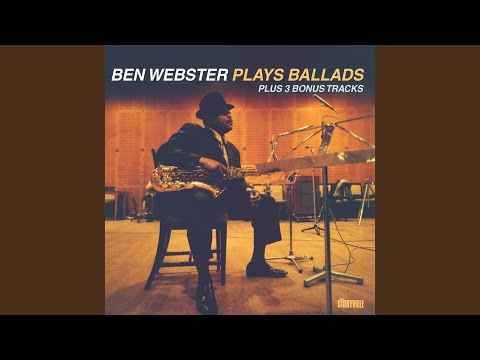 No Fool No Fun

Another album released on Storyville and this one recorded in the centre of Copenhagen in the ballroom of a converted Canadian river steamboat, the “St. Lawrence”, in October 1970 during a rehearsal with the Denmark Radio Big Band along with singers Matty Peters and Freddy Albeck.

This set isn’t that extensive, and in fact there are seven takes of the first song, “Did You Call Her Today”.

The album, however, shows an insight into how the great man orchestrated his music.

Mattye Peters provides the vocals for “Baby It’s Cold Outside” to end this record.

This was a quartet that also featured Georges Arva Nitas on piano, Jacky Sampson on bass and Charles Saudrais on drums.

Here you can find a sax driven version of the 1928 Eddie Cantor song “Makin’ Whoopee” and the Ted Murray/Billy Moll written standard “I Want A Little Girl” originally released in 1930, the year Webster turned 21! 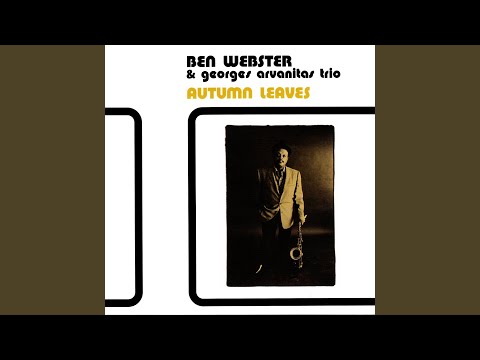 Ben Webster was a true giant of the jazz genre and recognised as a tenor saxophonist of the finest calibre.

He died on September 20 1973, leading behind a wonderful discography of music spanning five decades.

In 1976, the Ben Webster Foundation was established in Copenhagen by Billy Moore Jr. and the trustee of Webster’s estate, under the sign of Her Majesty The Queen of Denmark in honour of the great saxophonist.

To this day it encourages young musicians to follow in Webster’s footsteps, carrying on the jazz scene in this great city.

As you might have guessed, these 10 albums only scratch the surface of Ben Webster’s rich discography.

And, perhaps more than many other famous jazz musicians, there is a whole treasure trove of sideman albums to dive into, including recordings with Clark Terry, Gerry Mulligan, Dizzy Gillespie, Count Basie and many more…