All The Things You Are (Jazz Standard) 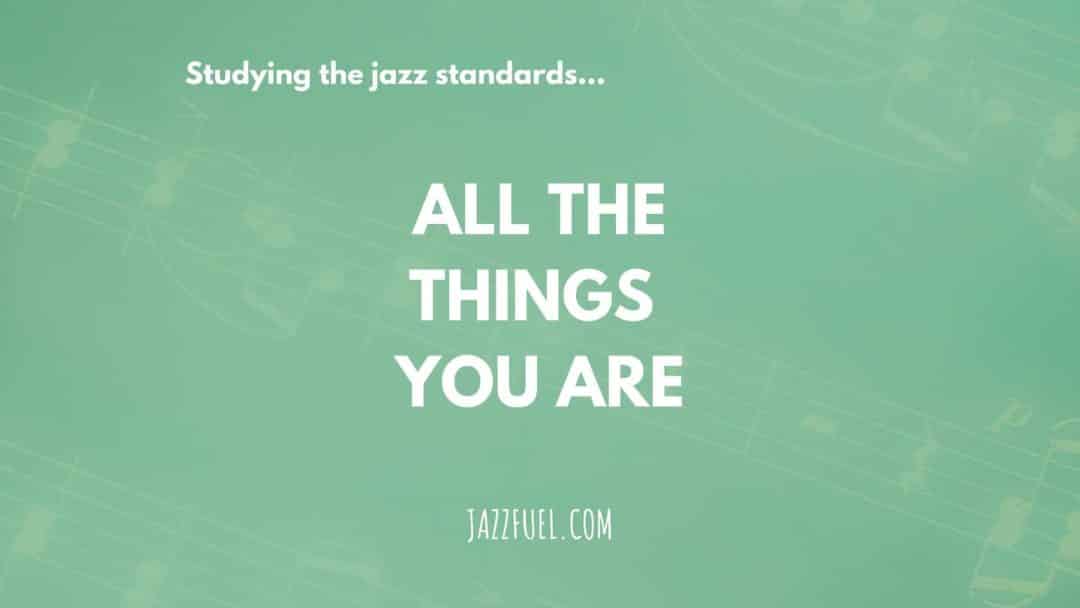 As part of our series on how to learn jazz, we’re diving into some of the most famous jazz standards of all time.

For this one: All The Things You Are.

‘All the Things You Are’ is an American Songbook standard that was composed in 1939 by Jerome Kern, and lyricist Oscar Hammerstein II.

Although it originally appeared as a musical theatre song, it has since been covered by everyone from Thelonious Monk to Michael Jackson, Ella Fitzgerald to Brad Mehldau, and is now considered an essential part of the modern day jazz musician’s repertoire.

It has a number of musical features – harmony and form chief among them – which set it apart from the average jazz standard, and this article will analyse some of the elements that contribute to its enduring popularity.

We’ll also look at the song’s history and recommend some great recorded versions across a range of styles.

Don’t forget to also check our list of the most essential jazz standards of all time.

All The Things You Are: ​The Song’s History

‘All the Things You Are’ was introduced in the 1939 Broadway show Very Warm For May. The production was a flop: it only ran for a few months, as terrible reviews ensured that ticket sales were low.

However, ‘All the Things You Are’ made an immediate impact, with famed singers like Mildred Bailey, and major Swing era bandleaders Artie Shaw and Tommy Dorsey all releasing recorded versions that same year. It also appeared in the 1944 film Broadway in Rhythm.

Jerome Kern (1885-1945) wrote extensively for musical theatre and film and is considered one of the greatest American songwriters of all time. Very Warm For May was his last Broadway show, and ‘All the Things You Are’, one of best-loved works, is typical of his more harmonically adventurous later style. (‘Nobody Else But Me’, his final song, is another one that is beloved by jazz musicians for its dense, challenging chord sequence).

Legend has it that he once, whilst musing with a friend, doubted that the song could become a hit due its complexity, but was proved wrong only moments later when the pair heard a passing pedestrian whistling the melody!

‘All the Things You Are’ is now one of the most covered items in the American Songbook, with website Second Hand Songs listing 817 recorded versions, including ‘straight’ musical theatre renditions, big bands, bebop interpretations, complex modern jazz arrangements and more besides.

It has become a particular favourite of jazz musicians, and is a staple of jam sessions, conservatory programmes and all manner of gigs around the world.

Like many jazz standards, ATTYA has an AABA form, comprising three similar ‘A’ sections, with a contrasting ‘B’ section or bridge between the second and third As.

However, the song includes a couple of interesting twists on this common structure. First, the second A section is identical to the first A in melody (except for a slight variation at the end of the section) and harmony, but the whole thing – very unusually – is transposed down a perfect fourth.

Secondly, the third and final A section has a four bar ‘tag’ added to it, making it 12 bars in length rather than eight. ‘My Funny Valentine’ is another example of a well-known song that adds a four-bar tag to its final A section.

This means that the whole tune is 36, rather than the more common 32, bars long, so you may need to think things through a little more carefully if you ‘trade fours’ over the form, with a drummer for example.

Kern also composed a 16-bar verse, although this is rarely heard: instrumentalists are much more likely to play the famous introduction from Dizzy Gillespie’s 1945 version at the start (and often at the end) of the piece.

All The Things You Are Chords

Harmonically speaking, ‘All the Things You Are’ is something of a rollercoaster for the improvising soloist.

It goes through a number of key centres and contains examples of many of the most common cadences and progressions found in jazz, making it a great practice vehicle.

The tune features long II-V-Is (with one chord per bar), quick II-V-Is (two chords per bar), and cadences in both major and minor keys. It also features a classic IV-major-to-IV-minor cadence in the final A section, prior to a passing diminished chord to take us into the final cadence to the home key.

The tune is typically played in A flat major.

It begins with a VI minor chord (F minor) in the first bar, before the next three bars form a II-V-I in the home key. With the bass line continuing to move up in fourths (or down in fifths, which amounts to the same thing), we have a subdominant chord next, before a quick II-V-I cadence into the major mediant (C major) for two bars.

This chord then becomes minor at the start of the second A section: it is now the six minor chord of the new key which, as already mentioned, is a perfect fourth lower than the first A section.

The bridge, or B section, begins with a long II-V-I cadence into G Major (the major chord based on the seventh degree of the home key of Ab major), which is the key in which the second A section ended. We then have a long II-V-I into E major (the sharp five of the home key), before a quick cadence back to F minor for the final A section.

If that all sounds a bit daunting, it may help to think in larger, key-centre-based chunks, rather than working on a chord-to-chord basis. For example, you can’t go too far wrong if you think in A flat Major for the first five bars of the first A section, then the next three bars all have a C Major key centre.

Compared to the harmony, AATYA’s melody is a relatively serene affair.

It has lots of long notes and repeated tones, and rhythmically it offers little excitement. Jerome Kern was one of the earliest major American theatre songwriters, and his style can be seen as more European, more hymn-like, less overtly jazzy compared to George Gershwin or Harold Arlen, for example.

This melody is incredibly well constructed though: it’s highly memorable, and it flows so well that the numerous key changes do not feel abrupt or unnatural.

The tune does, however, contain some wide intervals, particularly in the bridge, that make it a tricky one to transpose into different keys.

All The Things You Are Lyrics

Jerome Kern’s music was accompanied by lyrics from a number of acclaimed wordsmiths over the years, including Ira Gershwin, Dorothy Fields, Johnny Mercer and P.G. Wodehouse. The words to this song were penned by Oscar Hammerstein II, who would go on to work on the likes of The King and I, South Pacific and The Sound of Music through his famous collaboration with songwriter Richard Rodgers.

‘All the Things’ is a straight-up love song. The romantic words compare the subject to “the promised kiss of springtime”, “the breathless hush of evening” and “the angel glow that lights a star”. Charlie Parker reportedly said the it had his favourite lyrics of any song.

Famous versions of All The Things You Are

Jazz trumpet great Dizzy Gillespie’s 1945 sextet recording is one of the first instrumental jazz versions of the song. It includes a famous introduction and outro, which have since become virtually a standard part of the tune.

Charlie Parker and Slam Stewart are also part of the band here.

We featured Ella Fitzgerald in our round up of the best jazz singers of all time.

These two tenor giants met in 1963 on a rather Avant garde session for the album Sonny Meets Hawk, and pianist Paul Bley’s startlingly exploratory solo on this track is considered particularly important.

This somewhat surprising cover on the album Music & Me came out in 1973, when Jackson was aged just 14. 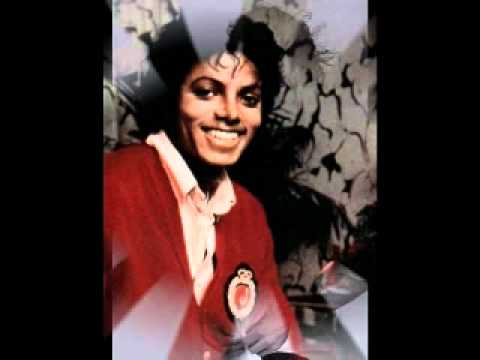 Taken from Art of the Trio, Vol. 4: Back at the Vanguard, jazz pianist Brad Mehldau plays a virtuosic solo over an up-tempo but incredibly loose 7/4 feel on this live record from New York’s Village Vanguard.

There is a long history of jazz musicians composing new melodies over existing chord progressions (these are sometimes called contrafacts), and a number of tunes take the chord sequence of ‘All The Things You Are’ as their starting point.

Charlie Parker’s ‘Bird of Paradise’ is another great one, although that’s just an improvisation rather than a pre-composed melody.

Lee Konitz’s ‘Thingin’’ cleverly transposes the second half of the chord sequence (from the bridge) by a tritone (or diminished fifth), so that the bridge cadences to D flat major, then B flat major, and the final A section is in D major.

Looking for more? Check out our deep dive into the classic song “In A Sentimental Mood” by Duke Ellington.