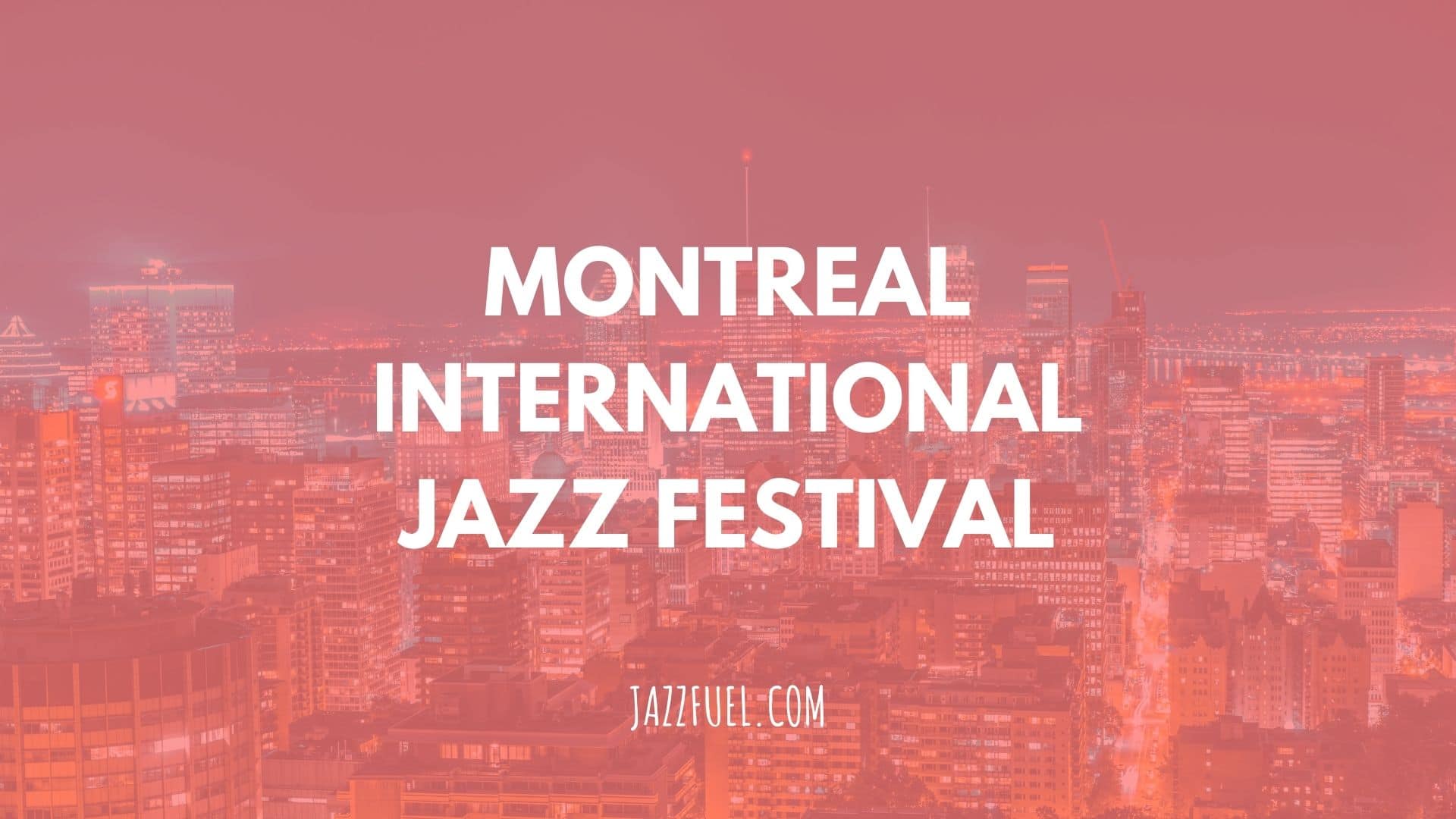 As officially the biggest jazz festival in the world, the Montreal Jazz Festival is a major event in the calendars of musicians and fans alike and, in this article, we’ll dive into the details of the organisation and its programming.

In its 40-year history, Montreal International Jazz Festival it has gained a reputation for artistic excellence, with major international names programmed alongside rising stars and musicians from the local scene. Its unique pedestrianised setting, numerous free events and top-notch food and hospitality services help explain why the festival continues to draw visitors from all over the world.

In this article we’ll take a look at the history of the Montreal Jazz Festival, the musicians it programmes, its competitions and initiatives, and some of the key people in the festival team.

Various jazz festivals started to spring up in Montreal in the late 1970s, but the man who founded what was officially known at first as the Montreal Jazz Festival (‘International’ came later) was Alain Simard, a renowned Canadian concert producer and promoter.

After an attempt in 1979 which failed to secure funding, the Festival was fully born in 1980, with performances from Gary Burton, Ray Charles and Chick Corea and 12,000 people in attendance.

The festival was been established as a non-profit venture in 1981 and, with year-on-year growth, by 1986 the Festival had over a thousand musicians on the bill.

That same year it launched its first large-scale free event and this huge free outdoor concert has become a focal point of every festival since.

In 1989, as the Festival reached its 10-year anniversary, it brought in one million visitors for the first time. It entered the Guinness World Records in 2004 as the world’s largest jazz festival.

Taking place each summer across 10 days in June and July, it is now attended by an astonishing two million visitors every year, 12.5% of whom are tourists.

Due to the COVID-19 pandemic, 2020 was the first edition of the festival to be cancelled in its 40-year history.

Approximately 3000 artists from 30 countries play at the Festival each year.

Plenty of European acts are also present, with the UK particularly well represented as of late by more left-field artists like Go Go Penguin, KOKOROKO and The Cinematic Orchestra.

There are also names from outside the jazz world, like Ludvico Einaldi, Macy Gray and Joss Stone.

Because Montreal is in the French-speaking part of Canada, the festival maintains ties with France and has a long history of presenting French artists.

Incredibly, over two thirds of the festival’s 650 events are completely free to attend!  Furthermore, many of these are also specifically geared towards families.

The festival takes place in the Quartier des Spectacles area of downtown Montreal, with no access for vehicles, so visitors can stroll round an entire district that has been transformed into a jazz-lovers’ paradise.

The Festival has an impressive array of on-site food services, including restaurants, bars, bistros with outdoor terraces and food carts. Between 90 and 95% of foods sold within the Festival are purchased less than 40 km from their distribution site, thus stimulating local economies and reducing carbon emissions.

This ties into a general commitment to sustainability, with various initiatives focusing on renewable energy, recycling and carbon footprint reduction.

The Festival also prides itself on its inclusivity, offering excellent access for those with reduced or limited mobility.

There are countless hotels, hostels and apartments to stay in within Montreal. The Festival website has a handy search tool that allows you to view these whilst filtering variables such as price, location, room type and review scores.

Alain Simard is the Festival’s founder and the Chairman of the Board.

A major and long time contributor to Quebec’s cultural life, he is a renowned producer of large-scale jazz events and co-founder of the Audiogram record label. He was inducted in the Canadian Music Industry Hall of Fame in 2016.

Jacques K. Primeau is CEO of the Montreal International Jazz Festival. He also works as a manager, and artists in his roster have won multiple big Canadian awards.

André Ménard is the Festival’s co-founder and vice-president and has vast experience in live show and concert production.

Laurent Saulnier is vice-president of programming. A journalist specialising in music, he has written for several Canadian newspapers and magazines and also worked in television, whilst Maurin Auxéméry is also responsible for the artistic booking.

The TD Grand Jazz Award is a competition to provide a platform for up-and-coming Canadian jazz musicians. The winner receives a trophy, a $5,000 grant, and an invitation to the following year’s Festival. There’s a Stingray Rising Stars Award and the Concours de Jazz Prize.

The Blues Camp is a free initiative that allows young local musicians aged 13-17 to benefit from a week of high-level musical training dedicated exclusively to the blues.

The JazzFest des Jeunes du Quebec series allows musicians from schools or amateur community groups to perform as part of the Festival whilst the Envolées du Festival series is dedicated to talented university students.

You can find out more about the festival via the official website and discover more about other jazz clubs and festivals all around the world here.