Q&A with Merli Antsmaa from the Jazzkaar Festival in Estonia 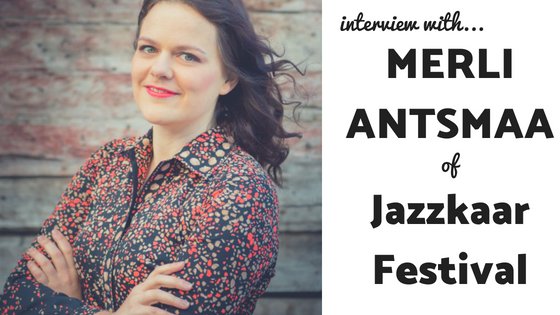 Jazzkaar Festival in Estonia’s capital Tallinn is one of the biggest jazz festivals in the Baltic States and celebrated it’s 30th anniversary between the 19th to 28th of April 2019.

An ever-present force on the jazz scene, it’s programming team is led by Anne Erm and not only presents it’s main festival each spring, but also programmes 3 other festival series’ throughout the year, as well as various educational and community initiatives.

I met Merli Antsmaa – one of the programmers – at the 12 Points conference in Aarhus, Denmark, a while back and we got talking about the various work they did. Not only do they present many of the biggest names in jazz, they also work closely with up-and-coming musicians both from the local scene and internationally.

As one of the big festivals, they are inundated with offers and booking requests, so here’s your chance to get a bit of insight to how they work, what grabs their attention and how you can approach this, and other international jazz festivals, regardless of what stage you’re at.

Full answers below, but first a couple of key highlights…

Anyway, over to Merli..!

Aside from the big headliners, you have seen a lot of young and emerging bands pass through your festival. Is there one thing – aside from music – that really stands out when it comes to the musicians who go onto bigger things?

It’s the passion that comes through the music, the visual material they have and how they communicate with their audience. Of course there are so many good musicians but there should be some extra ingredient in the music they play.

A lot of musicians feel they cannot get international festival bookings (like Jazzkaar) without an agent to open the door for them. How true is this?

We have good partner agencies with whom we work with but we also discover bands without knowing who is behind them.

It’s always easier to approach the festivals if you are already in the line-up in some bigger one or in a roster of an agency. But young bands should have good music up on different platforms and get to playlists – this is also how we, the festivals, discover new music.

Once you’ve booked your headline artists, what sort of things do you look for in the artists that will fill the smaller slots?

Our number of audience is quite small and we also know the preferences. We are always looking for good vocalists, interesting instrumentalists, new talents, something mixed with world music, something with good energy to fill the late night club events.

We also have our programme outside Tallinn, so always a band that is interested to play in smaller towns with smaller fees is a plus.

You had a lot of nationalities represented in this year’s programme. Was that intentional? Do you feel that influences from a persons’ location make a big impact on the sound?

There is definitely a specific sound when the person comes from a country with rich heritage.

Estonian folk music has influenced a lot of our local musicians, eg Voorand/Koikson/Sooäär/Daniel quartet and their Veljo Tormis project.

It seems like our audience is also interested in different sounds. Of course the bands from USA and UK are appealing but we value diversity. 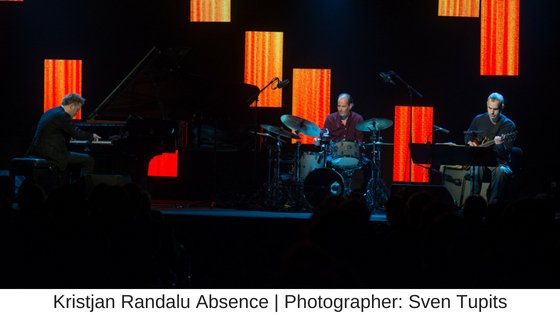 Where do you discover new artists from other countries?

We discover the artists by visiting other festivals, looking at the rosters of agencies, checking the Youtube channels and recommendations.

From what I know, the programming team at Jazzkaar is very female-dominated  – do you also pay attention to the gender divide within the festival programme? Any formal guidelines here?

Somehow it has happened that our office is mainly females. We always try to find interesting performers and groups and lately it has been an interesting challenge to pick the female talents. The balance is already better than at some other festivals – we have quite many groups who have female players and/or front musician. But it’s an interesting issue to stress out.

We have recently also joined with the network of Keychange Festivals to have the gender equality in our minds. Anne Erm also received the Keychange Inspiration Awards this spring which we are really proud of.

What step could a relatively known musician take right now, to make themselves more ‘bookable’ by you?

Always remind us and offer good ideas for a concert. Update your photos, videos and social media according to your material and plans.

Which Estonian artists did you have at Jazzkaar 2018 that you feel deserve to reach a wider audience?

Of course there could be more Estonian artists but time is limited. I would highlight our opening concert “The Story of One Hundred” that was a special project connecting photography, drama, film and music.

You also need to see Kirke Karja Quartet who also performed at Jazzahead this year. Our pianist Kristjan Randalu just released the new album “Absence” under ECM – quite a big deal. Of course the concert dedicated to Veljo Tormis was special – with a quartet Voorand/Koikson/Sooäär/Daniel and Estonian Philharmonic Chamber Choir.

We had a special project with JazzDenmark and Hot Club Portugal to bring together young musicians to play for young audiences called “Kids Can”. And of course more.

How much does a band’s social media and promo materials help in persuading you to book them and then selling their show?

Of course – the music has to be good. But the other aspects are also vital. Having great photos, being active on social media, sharing good live videos. These really help the booker to sell the concert later.

What are the key jazz media in Estonia that international jazz musicians should try to reach?

Our Estonian Broadcasting Union (with TV and radio) is good – we have a morning show that has a lot of viewers, radios that have interviews and also record concerts for EBU.

You’ve run an Urban Jazz project for several years where young musicians play pop-up shows at unexpected locations. Do you feel this has got more people into jazz?

The Urban Project has indeed lasted for 9 years now and gives a lot of good energy – to the musicians, by-passers and organisers.

We have activities on the street, in trams and other locations but we also go to schools, hospitals, kindergartens etc. These last places mentioned are even more important to go to. Our audience is rather young and there are many factors that help. But the urban project gives the overall feel-good vibe to everything. And maybe someone finds jazz.

Last year one person wrote to us on Facebook to ask what was that song that was played at the jazz march when we went through the tunnels at the train station. Luckily one of the musicians remembered the song and I could forward it!

DOWNLOAD
Big thanks to Merli @ Jazzkaar for taking the time to share her insight on these things. If you have extra questions, feel free to post in the comments section here. Or, if you’ve played there, share a link to some video or photo content!

Jazzkaar Festival in Estonia is one of the biggest jazz festivals of the Baltic states, taking place since 1990. The ten-day programme is the most visited festival in Estonia where over 3000 foreign artists from 60 countries have performed. A member of European Jazz Network, it’s been named among the top festivals in Europe and has been certified with the EFFE stamp of quality for 2015-2016 and 2017-2018.

In addition to the grand festival in the spring, they also organise a Christmas jazz festival; an intimate two-week festival that fills churches, concert halls, and clubs in the end of November and beginning of December. The team also organises concert seasons Talvejazz (Winter jazz), and Sügisjazz (Autumn jazz).

You can connect with Jazzkaar here: