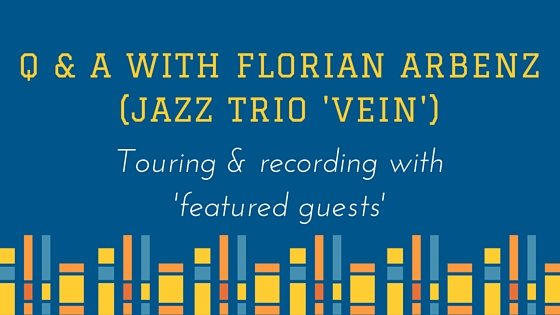 Swiss Drummer Florian Arbenz makes up one third of trio VEIN who have been recording and touring together for more than 10 years.

As Florian explains himself, they have never had a long term relationship with a booking agency, but have still managed to perform a huge number of shows covering Europe, Asia and South America.

Evidently a large part of this is down to their constant pushing of the band, from hustling gigs and showcases to releasing music and organising PR and marketing for their projects. However, the first time that I really remember checking them out and digging a bit deeper was when they were pitching a tour with American sax great Greg Osby.

VEIN have also toured and recorded with two other US heavy-hitters – Dave Liebman & Glenn Ferris – and I’m interested to find out Florian’s view on how using featured guests has helped raise their profile and develop the touring possibilities of the original trio.

You can check out Florian’s answers to my questions below. A few things that I think are particularly useful to musicians who are working on (or considering) a project like this…

Vein has often recorded and toured with a ‘special guest.’ How did you first connect with Greg Osby and Dave Liebman and get them involved with the project?

Both Greg and Dave are longterm guests of VEIN. We started to work with Greg even before VEIN, almost 20 years ago and Dave is doing projects with VEIN for about 8 years.

Both are the kind of musicians who are first of all interested in musical ideas and input.

For VEIN, Dave and Greg were our absolute first choice as we were sure that their playing would fit very well with the spirit of VEIN. It was very easy to approach them, we sent a mail (or a letter back 20 years ago), they listened to our music and agreed to play a tour, which worked out fine, so we got stuck with each other.

Are there any festivals that booked you first with a special guest and then afterwards as just the trio?

Yes, that happens from time to time.

We really take care that this is a project of VEIN (not Liebman/Osby feat. VEIN as a comping-band) so the impression of VEIN is strong enough that we get invited back as a trio afterwards.

It’s also happened the other way: we first play as a trio and then offer ‘VEIN feat. special guest’ as a different project.

How much effect has having a ‘name’ guest had on getting press coverage in national jazz magazines?

It’s not easy to answer this question. It might have an effect to get a review of a gig, but I think that the quality of work that the PR agent does is much more important.

It can also sometimes be a kind of handicap, as the magazine might have already planned an article about this ‘name’ and isn’t interested in writing about them again, especially if he’s only a guest.

What’s the biggest challenge you found in working with a US-based guest when touring in Europe?

My biggest challenge is definitively that we are always working with a very tight period (7-10 days) and can’t have free days within this.

So, besides maybe 1-2 ‘big’ gigs or festivals we manage to book during a period, we also have to be connected to clubs which are programming live-music during the whole week.

This problem would be much easier to solve with a guest from Europe.

Do you find that new promoters you speak to now already know you? If so, where do you think they discovered you?

I think VEIN is at the stage where we have quite a lot of contacts and where promoters start to kind of know us.

It’s hard to find out where they know us from but we have worked with PR agencies for many years and have toured most of Europe (except France), so I think they have either read about VEIN or heard us live before.

Outside of your home territory of Switzerland, which country have you had most success in touring?

It’s funny; we’re Swiss but Switzerland isn’t a real ‘home territory’ because it is so small!

We have been touring in Europe since VEIN was founded 10 years ago and found the same thing that Kat Jarby said in your interview: apart from the ‘traditional’ countries like Germany and the UK, places like Poland, Russia, the Baltics and Romania also are fantastic to tour in, with a great young and enthusiastic audience.

You have booked a lot of shows for yourself. What would your #1 tip be in convincing a promoter to book you?

Up until now, VEIN never had the support of a really good booking agency or management, so our thing has always been to expand step by step.

For us, it didn’t make any sense to approach a promoter ‘just like this’.

We always try to have a certain idea of how to achieve our goal: to be booked.

There are countries like the UK, Benelux and Germany where we hired a very good PR agent which helped us a lot, but also countries (mainly in Eastern Europe), where we got some great gigs by knowing other local musicians.

So, my #1 tip would be to try to find out first how things work for each place and then how to approach the promoter.

Hope you found some useful stuff to take away from that. Feel free to add any questions in the comments section here for me or Florian.

The released their debut album ‘VEIN-VEIN’ in 2006 and quickly set their sights on something ‘beyond the status quo’.

As Michael explained, “concerning jazz, we all three wanted to learn in a traditional way, which means by playing with the great players of an older generation. We understood that jazz is all about feeling and unexplainable things, and the best way to get these things is to be on stage with the real guys. Unfortunately, it was not possible to do that as sidemen, so we started inviting great musicians to come over to Europe to play with us.”

The guys have a very informative website – including a history of shows and recordings since 2006 – and you can connect with them on Facebook or Twitter for upcoming news.

And, for listening, I’d suggest heading over to their Youtube channel or checking them out on Spotify.

International jazz booking agent, manager and host of Jazzfuel. Join the mailing list for more free content, or become a member of Jazzfuel Manager (members.jazzfuel.com) for 1-to-1 support & feedback. 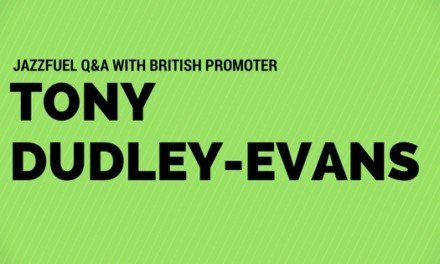 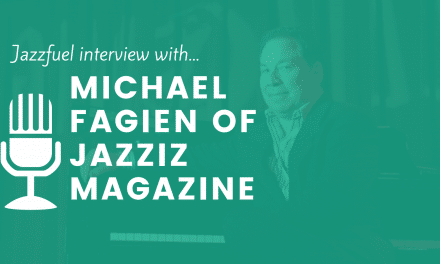 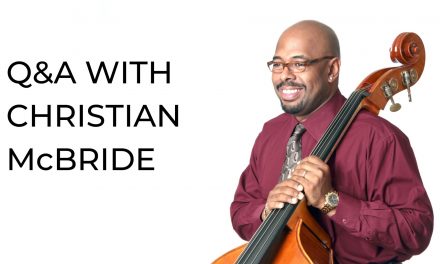 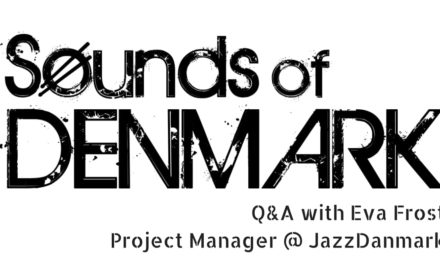