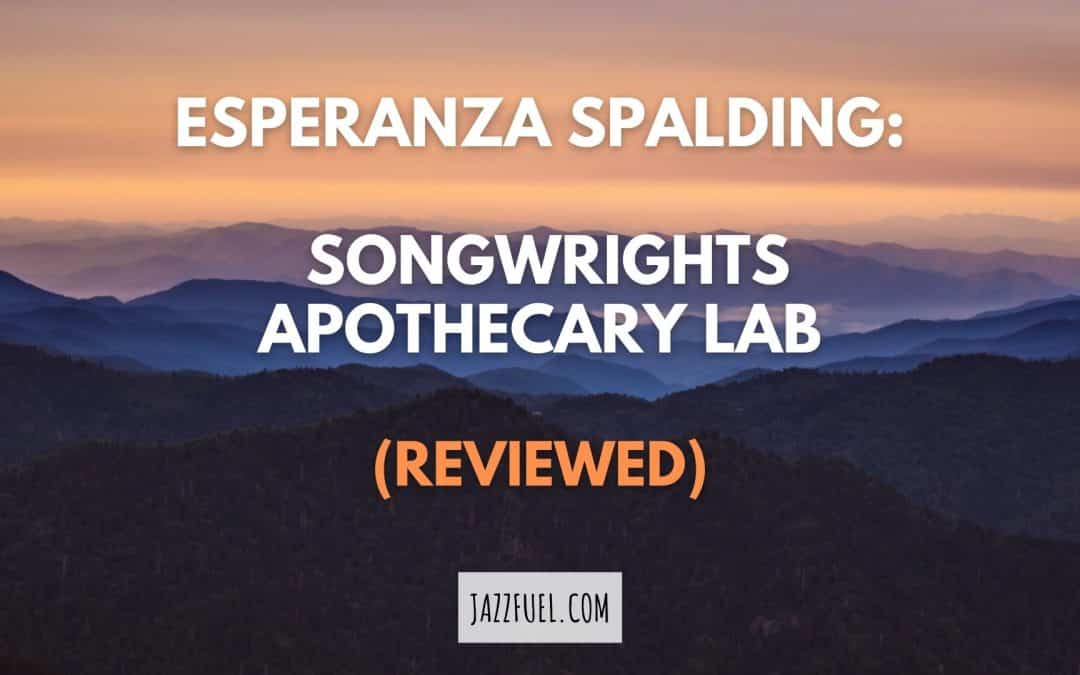 After first writing some ideas on this music, I learnt that Esperanza Spalding created it along with a team of researchers and musicians (the so-called Songwrights Apothecary Lab) including Wayne Shorter; this may explain why there is so much to explore here!

Spalding’s voice is the recurrent protagonist of this album, which evolves as a meditation with little stories intertwined through 12 interconnected themes, by the names of Formwela 1, Formwela 2, and so on.

There is a lot going on, but at the same time the album gives you the impression of simplicity; a good quality in many great works of art.

Jacob Collier may have revived the recent fashion for vocal harmonies (even Beyonce is doing it now!) but Esperanza Spalding takes the technique and really makes it her own.

It’s remarkable how she owns her unique style, whilst at the same time being openly and respectfully embracing ideas from the other creators.

Synthetized voices, tribal patterns, Arabic melismas and sounds of nature (thunders, flutes imitating birds…) announce the purpose of this album and set the tone of what’s to come.

By the 3rd piece, the jazz patterns start showing up.

All of a sudden the voice takes the role of a second character, while other instruments join.

This is a great example of how the voice can stop leading for once, and play the role of a supporting instrument too, which is a constant challenge for jazz singers.

Formwela 4 could be a simple guitar folk song, but for the texture of the instrument, the echoes, and the subtle mix of a low male voice within a high female one which manage to make it extra special.

Formwela 5 takes a minimalistic line, with synthesized sounds emulating strings. Above it we can hear brushes of a bass and a third sound created by the unison vocals of Corey King and Esperanza.

By Formwela 6 the double bass re-appears for yet another minimalistic outing.

At certain points Esperanza seems aware of how much the sound of her singing can guide the mind and spirit. Her voice (King spatters a few lines here as well) bring us full, round notes – almost Buddhist monk-like) escalating our emotions…

The rhythm grows like the heartbeat when one starts running.

There are glimpses of African American history inspiration; the start of Formwela 7 is that of a Spiritual, growing in accent and shape.

By the middle of the song, we hear a release: a big psychedelic sound breaks with the intensity of a 60’s jazz rock album.

Then it comes back to the first part; the same song, with a little happy harmony in the back, like a metaphor showing that after the storm always comes the calm.

Many instruments and human voices come together with a balanced and constant rhythm; a discrete volume, reflecting calm. A trumpet comes up front and takes its turn to join Spalding in unison.

This highly artistic creation brings to mind visions of a futuristic New Orleans, with its textures and surroundings.

The intense repetition of the melodic idea is never boring, because of the way the sound and timbre changes throughout the arrangement.

Formwela 9 connects song with free improvisation, which creates the explosion of the album.

And then there’s Formwela 10… more like a classic jazz standard, but one that belongs only to the Songwrights Apothecary Lab universe.

It’s about speed and repetition, rising and falling from high notes to low ones, giving the feeling of falling and bouncing into a circular abyss.

What stands out is the trickery of the instruments which create a world of interesting sounds.

And, finally, there’s Formwela 13 which takes the listener into as many directions as possible.

It’s a meditation with a psychedelic touch, bringing us back to another prayer.

Songwrights Apothecary Lab mixes beautiful songs with a musical mastery which brings to mind Ravel’s Boléro and the like.

But we can also hear elements of post-modern jazz; the feeling that textures can sometimes be more effective than a simple story to communicate a feeling or a state-of-mind.

The repetition of the melodical phrases may be a reminder of the place where music comes from.

The importance of the ritual and the nature, the tribal sounds, the most basic music coming from the beginning of our history as musical human beings…

But never forgetting how far we are able to go with the evolution of our music: jazz.

The only problem (or is it?) I see on this album is that it probably shows too much of the same vibes, so it’s a pill that you may prefer to take in small doses.

Anyway, Songwrights Apothecary Lab connects eras, minds, and it’s a good example on how feelings guided by the knowledge of where we come from may turn out to be a great musical work of art.

The credits of this album roll the 2020′ and 2021′ cohorts of students of the Songwrights Apothecary Lab (a.k.a. S.A.L.), including Esperanza Spalding, researchers and practitioners of its guiding council, and the Dr. Wayne Shorter.

Learn more and order via songwrightsapothecarylab.com