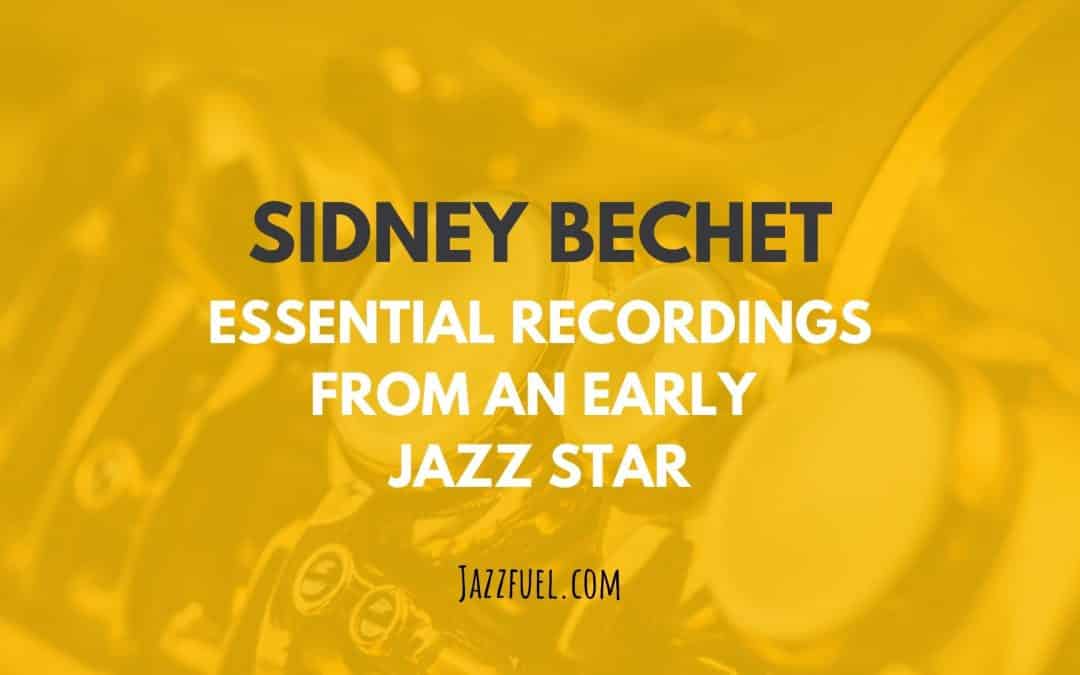 It’s hard to dive into the history of Jazz music without coming across one of it’s first stars: Sidney Bechet.

In this article we’ve picked out 10 essential recordings from his discography, alongside some stories of this eventful life.

Sidney Bechet, born 1897 in New Orleans, was one of the first jazz soloists to be captured on record and a true trailblazer of the soprano saxophone.

An early jazz pioneer, Bechet propelled the genre forward, transitioning from the constraints of ragtime into a freer, solo-based structure that modern jazz was built upon.

Bechet started off playing the clarinet at age 6, studying with some of the masters of Dixieland, including Lorenzo Tio, ‘Big Eye’ Louis Nelson Delisle, and George Baquet.

Featuring polyphonic collective improvisation, New Orleans’ Jazz was a music in which the group was the primary focus. Bechet, along with his contemporary Louis Armstorng, developed a new, looser style of playing that would later develop into what would be called swing.

Individual instrumentalists were given the spotlight for the first time, abandoning the ensemble structure of ragtime to pave the way for a new era of music that gave players the freedom to introduce more complex rhythmic and harmonic ideas to the jazz vocabulary.

Duke Ellington once said of Bechet that he was the “very epitome of jazz.”

In 1917, Bechet took the first of many trips across the Atlantic to perform in Europe.

Touring with Will Marion Cook’s Southern Syncopated Orchestra, he impressed international audiences with his expressive melodies and trademark wide vibrato. It was on this trip that he bought his first soprano saxophone, the instrument that he would later become best known for.

Aside from his lyrical soprano playing, Sidney Bechet was infamous for his fiery and unpredictable temperament that would occasionally put his career in jeopardy.

According to his autobiography, he was sentenced to eleven months in prison during a trip to Paris for accidentally shooting a woman.

He was in fact aiming at a fellow jazz musician who he was arguing with over a chord change. He demanded a duel, claiming that “Sidney Bechet never plays the wrong chord.”

Despite this disastrous journey to Europe, Bechet would later return to France to live and perform until his death in 1959.

The French adored Bechet’s playing and he quickly earned the acclaim and financial security that had remained out of reach in his home country.

In this article we’ve selected ten of Bechet’s greatest recordings, from his early years in New Orleans to his final decade in France. 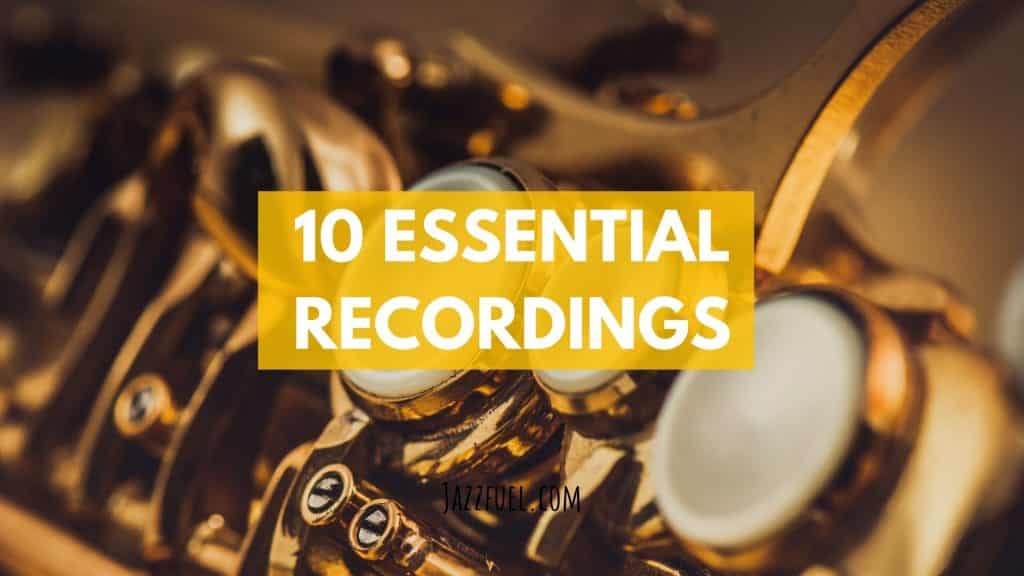 Wild Cat Blues is one of the most popular tunes from this period, featuring Bechet’s lyrical and intricate clarinet lines.

Bechet hadn’t quite broken away from the constraints of traditional New Orleans Jazz at this point, however, elements of his innovative improvisations can be heard on this early number.

Notoriously competitive in their early careers, the two horn players performed and recorded together a number of times throughout the mid-20s.

This record is a perfect display of their competitiveness.

Bechet had switched to the soprano sax at this point giving him the dynamic power to compete with the cornet’s historical position as the lead instrument.

The second half of the tune sees the two giants giving it all they have to outdo the other.

The result is an entertaining and historically significant battle between the respective kings of brass and reeds.

His time abroad concluded with the shooting that would land him in a Parisian jail until his deportation to the US, just as the great depression began.

Having not recorded since 1926, Bechet was eager to return to the studio in the early 1930s, this time with his own band, The New Orleans Feetwarmers.

The Feetwarmers recorded several tracks during this 1932 session, but “Shag” is the most notable with it being the earliest known use of ‘rhythm changes’ – the chord progression from Gershwin’s “I Got Rhythm.”

This song which would later become the basis for countless jazz arrangements during both the swing and bebop eras, embedding itself as a jazz standard.

Bechet is very much centre stage on this uptempo romp which pulsates with the energy of musicians at the top of their game.

In his memoirs, Treat It Gentle, Bechet said The New Orleans Feetwarmers was the best band he ever played with.

It was the height of the Great Depression when the New Orleans’ Feetwarmers disbanded and big bands were beginning to earn the public’s attention.

With gigs in short supply, Bechet temporarily abandoned his career as a jazz musician and teamed up with the Feetwarmers’ trumpeter Tommy Ladnier, to open a tailor shop.

The business venture was short-lived and Bechet returned to professional music in 1934 to join Noble Sissle’s orchestra.

He played with the band for the next four years, despite finding the music dissatisfying.

Thankfully, a New Orleans revival arrived in the late 30s and Bechet was in high demand once again.

Groaning and moaning his way through this classic jazz standard, Bechet puts his expressive and emotional improvisational style on full display.

Bechet was a master of the blues and his skills are on full display on this stripped-back blues from the beginning of the traditional jazz revival.

He joined forces with pianist and odern jazz pioneer, Earl Hines and Baby Dodds, an influential drummer who played with the likes of King Oliver, Jelly Roll Morten and trumpeter Louis Armstrong.

Speaking about the blues in his memoirs, Bechet writes: “It’s far off music; it’s a going away, but it’s a going away that takes you with it. And the blues, they’ve got that sob inside, that awful lonesome feeling. It’s got so much remembering inside it, so many bad things to remember, so many losses.”

In the early 1940s, Bechet released one of the first recordings to make use of overdubbing.

Each instrument was recorded onto a new master disc along with the previous performances.

The American Federation of Musicians opposed the use of this innovative technique and prevented any further experiments for the next several years.

Bechet plays every instrument on this short track, including the piano, clarinet and soprano saxophone.

In the same session, Bechet recorded a version of the pop tune, “The Sheik of Araby” on which he brings bass, drums and tenor saxophone into the mix.

In the original liner notes, George Hoeffer recalled Bechet saying, “I started by playing The Sheik on piano, and played the drums while listening to the piano. I meant to play all the rhythm instruments, but got all mixed up and grabbed my soprano, then the bass, then the tenor saxophone, and finally finished up with the clarinet.”

Bechet assembled The New Orleans Feetwarmers once again in the early 40s, almost a decade after disbanding and with an adjustment to the line-up.

This slow blues features a fantastic clarinet solo from Bechet. The delivery is subtle yet soulful, with his searing blue notes and pitch bends set against the laidback comping of Art Hodes on piano.

In the book, Sidney Bechet and his Long Song, authors Lewis Porter and Michael Ullman write: “Bechet plays – one is tempted to say sings – with slow-motion dignity, bending notes in and out of pitch, moving pensively through the chalumeau register of the clarinet, and building up to long high notes of hair-raising intensity.”

Towards the end of the 1940s, bebop was at the height of its popularity, with young musicians like Dizzy Gillespie, Charlie Parker and Oscar Pettiford rewriting the rule books for what jazz could be.

Bechet’s traditional style was, once again, out of fashion and he began to feel that the US had little left to offer him.

The tides changed for Bechet after a headline appearance at the Paris Jazz Fair in 1949.

He was met with adulation from French audiences and within the year he had moved permanently to Paris where he would soon become a household name – a status he had never quite managed to reach in his home country.

“Blues My Naughty Sweetie Gives To Me” is a track from the LP titled “Fabulous Sidney Bechet” released by Blue Note Records in 1951 and recorded in New York during one of Bechet’s short trips back to the States.

Bechet was nearing the end of his life yet his soprano playing remained as forceful as ever, soaring above the six-piece ensemble that includes trumpeter Sidney DeParis, trombonist Jimmy Archey and drummer Manzie Johnson.

Shortly after moving to Paris, Bechet struck up a deal with the French jazz label Disques Vogue and was mixing with Paris’ young musicians who were in awe of his playing.

They were happy to take the back seat and give Bechet the space to shine.

For the first time in his career, Bechet was consistently playing sold-out nightclub and concert hall performances and releasing some of his most successful jazz albums.

He also became involved in Paris’ wider cultural scene, composing for both the ballet and cinema.

“Petite Fleur” was one of Bechet’s biggest hits and one of the first recordings he made in Paris.

He was supported by his regular band, the ‘All Stars’, along with the French clarinetist, Claude Luter and his orchestra.

Like “Petite Fleur”, “Si tu vois ma mère” was also recorded with Claude Luter and his Orchestra and was an instant hit in his new home.

Thanks to Woody Allen’s 2011 film, Midnight in Paris, this is perhaps one of Bechet’s best-known recordings.

The song is the backdrop to the opening credits which takes the viewer on a tour through the streets of Paris; an open love letter to the city that both Bechet and Allen had a mutual admiration for.

When Sidney Bechet died of lung cancer on 19 May 1959, he was deemed a legend in France.

His status has only grown over the years and he continues to inspire jazz musicians to this day.

His masterful approach to the clarinet and soprano has influenced jazz saxophone legends likes of Wayne Shorter, Branford Marsalis and John Coltrane.

The latter recorded “Blues to Bechet” a year after his death in tribute to the jazz master:

Although he never achieved the same stardom as Louis Armstrong, Bechet is regarded today as one of the key figures in the early development of modern jazz.

Due to the sheer intensity of emotion that he could portray with his instrument, his recordings continue to resonate with new generations of listeners today.

Head over to our jazz music homepage for more articles on everything in this genre, or dive directly into the saxophones.