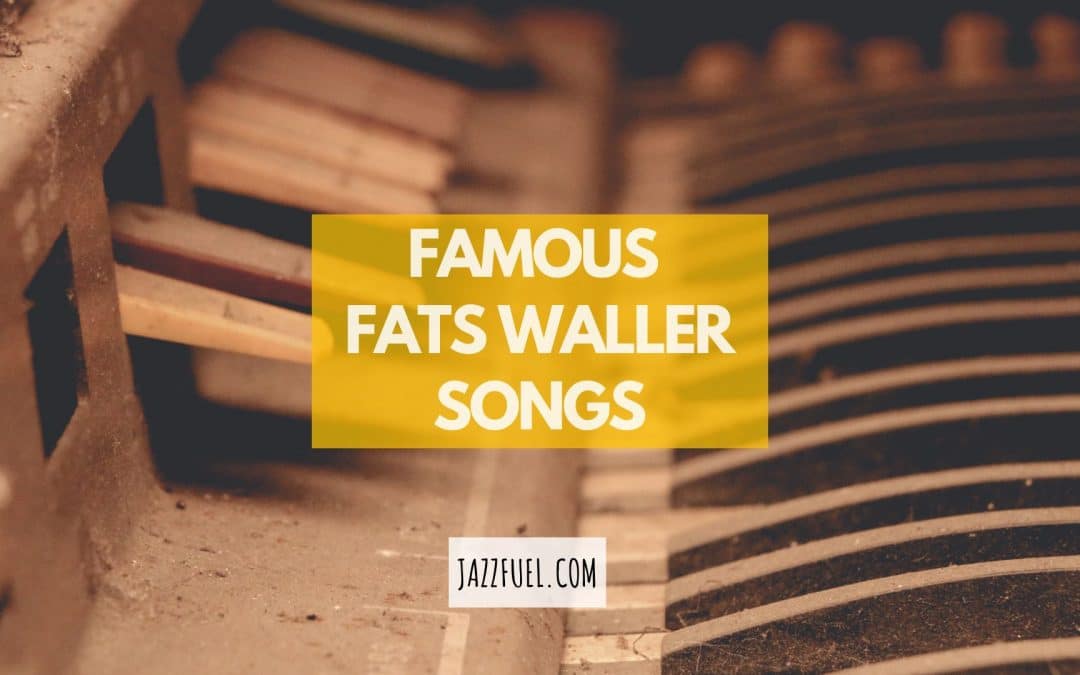 He may have been composing music more than 100 years ago, but many Fats Waller songs have stood the test of time, appearing on a range of famous jazz albums from the early 20th Century through to the present day.

In this article we’ve rounded up some of the most popular Fats Waller songs, along with notes of some of the legendary jazz musicians who’ve popularised them.

Thomas Wright Waller (more popularly known as Fats Waller) was an American pianist, organist and composer. He was born in New York City on May 21, 1904 and started playing piano at the age of six. Four years later he was also playing organ at church.

Studying in his early days with James P Johnson, Waller was widely regarded for his technique, he is credited for creating and developing a style of Harlem stride piano playing that would form the basis for modern jazz piano.

In addition, Waller was a composer of significance, writing more than 400 songs. They were often co-written with Andy Razaf who would go on to describe Waller as “the soul of melody”.

Career highlights would also include writing the music for, and sometimes performing in, Broadway musicals like Keep Shufflin’ in 1928 and Hot Chocolates a year later.

In 1943 he was the first African American composer to write a Broadway musical that was seen by a predominantly white audience with the hit show Early To Bed. Just six months after the premiere, Fats Waller died on December 15, 1943.

Stay tuned for some of Fats Waller’s most popular songs – and check out the section at the end for songs he made famous, despite not writing them…

Upon moving to Broadway, Louis Armstrong became the show’s musical director where he would also play ‘Ain’t Misbehavin’’ in a trumpet solo.

Armstrong’s solo became so popular that he was required to leave the orchestra pit and perform his solo on stage.

The song was inducted into the Grammy Hall of Fame in 1984 and remains popular to this day, with more than 680 versions registered online. 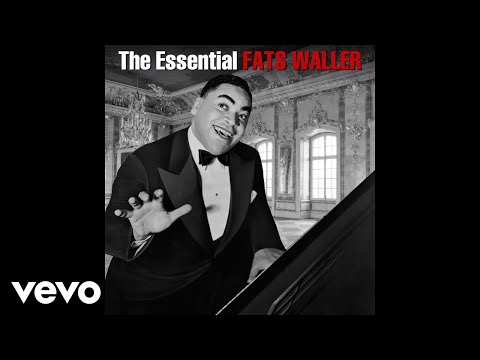 Other popular recordings of Ain’t Misbehavin’:

Another song from the pen of the pianist and lyricist Alex Hill that was a hit upon its release as a 78rpm shellac disc with ‘Draggin’ My Heart Around’ (credited to Hill as sole composer) as the B-side.

The first recording of the song by its composer featured a solo Fats Waller on piano and vocals. He would go on to record the song on numerous occasions, though, often with a full band.

Other popular recordings of I’m Crazy ’Bout My Baby:

Originally written for a 1929 musical revue, ‘Load Of Coal’ this has become one of Waller’s most enduring and endearing compositions and a standard in the jazz repertoire.

The success of the tune, it is said, was hindered by Mildred Bailey’s double-tempo version of ‘Honeysuckle Rose’ live on air with Paul Whiteman’s Orchestra that was not received particularly well.

It is often said that jazz not only came of age but received its due recognition as an art-form at the famous Carnegie Hall concert on 23 January 1938 in a programme led by Benny Goodman’s Orchestra.

Not only was this the first jazz concert to be held at Carnegie Hall, but also featured a jam session playing ‘Honeysuckle Rose’ featuring a mixed group of white and black musicians (unusual at the time) from the the bands of Benny Goodman, Count Basie and Duke Ellington.

Other popular versions of Honeysuckle Rose include:

Jitterbug Waltz was recorded late in Waller’s career, when he was 38 at the peak of his powers.

A waltz (¾ time) in the key of E♭major, it was unusual at the time of its release for being one of the first jazz songs recorded on the Hammond organ.

The version would go on to make the Hammond organ a popular jazz instrument, especially in the hard bop era of the fifties, and show the extent of Waller’s prowess on the instrument.

Other popular recordings of Jitterburg Waltz include:

Written in 1927, ‘Alligator Crawl’ has a rather unusual history.

It was originally titled ‘House Party Stomp’ and then ‘Charleston Stomp’ before co-composer and publisher Joe Davis settled on ‘Alligator Crawl’.

Fats Waller did not record the piece until November 16, 1934 and committed it to 78rpm single as solo piano performance.

His composition, however, was to gain a place in jazz history on an earlier recording dating back to 1927.

Louis Armstrong had recorded several of Waller’s compositions with others, but on May 10, 1927 he took his Hot Seven into the studio and recorded ‘Alligator Crawl’. 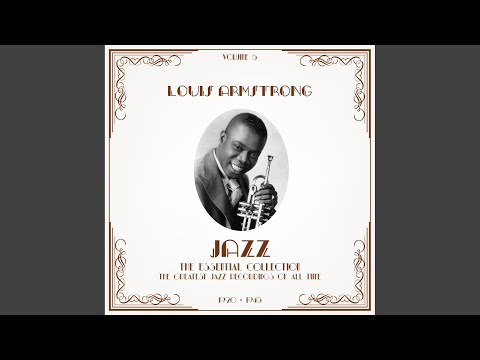 These classic recording have never been out of print and continue to delight.

Other popular recordings of Alligator Crawl include:

As well as being a prolific composer himself, Fats Waller was also keen to play and showcase the music of others.

Recorded by Fats Waller and his Rhythm on October 13, 1938, the song was written for the film Thanks For The Memory the same year.

Fats’ version was the most popular, telling the story of of two young people who, although very sleepy, do not want to say goodnight and sitting up all night together until dawn.

A popular song written in 1935 the piece became a big hit for Fats Waller at the peak of his popularity.

Since then, the song has become a classic jazz standard in the Great American Songbook. It was also featured in the Broadway production, Ain’t Misbehavin’.

Other popular recordings of I’m Gonna Sit Right Down And Write Myself a Letter:

A song titled ‘Until The Real Thing Comes Along’ was written in 1931 for the revue Rhapsody In Black with Ethel Waters performing the song.

Just five years later in 1936, that song was rewritten by Chaplin, Cahn and Freeman with new verses, new melody, and almost a complete rewriting of the lyrics.

In the end, pretty much all that remained of the original was just a few lines, although even they came in for some minor editing.

The rewritten version very quickly became a hit, and once again Fats Waller was keen to record a version of the song as quickly as possible.

However, Waller wasn’t the first having been beaten to it by Andy Kirk and his Twelve Clouds Of Joy.

Other popular recordings of It Will Have To Do Until The Real Thing Comes Along:

Thanks for joining us for this round up of some classic Fats Waller tunes!

As always, we can only scratch the surface in an article like this, and we’d recommend using it as a springboard for more great jazz listening!

Want to dig into the history of stride piano? Or learn more about the most famous jazz piano players of all time?