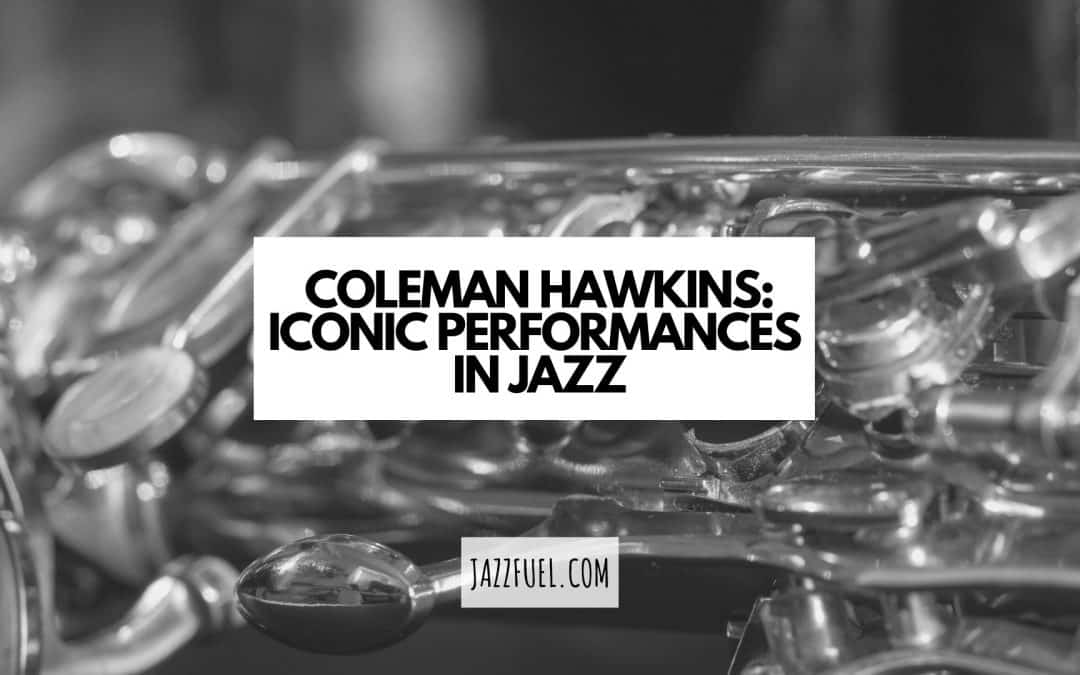 A legendary jazz musician and one of the most influential saxophonists of all time, join us for a trip through the life and music of Coleman Hawkins in 10 classic songs.

Born 1904 in Missouri, Coleman Hawkins took the tenor saxophone and elevated it to an art form.

His influence over the course of jazz history – and countless future saxophone greats – cannot be overstated. In fact, until his emergence in the 1920s, the sax was not really even considered a jazz instrument.

As with many of the true jazz greats, Coleman Hawkins (also called Hawk, or Bean) oversaw the transformation from one style of jazz to another; in his case, from swing to bebop – even touching on avant garde later in his career…

He made his recording debut in the very early 1920s with blues singer Mamie Smith’s group, but his vibrato-laden and surprisingly complex arpeggiated solos really rose to prominence with Fletcher Henderson’s Orchestra during the swing era.

He went on, however, to lead many sessions as a bandleader in his own right, touring and performing prolifically until his death in 1969.

Rather than pick full albums – which were perhaps not the artistic statement they came to be later in the century – we’ve highlighted 10 standout performances from his long and varied career.

So here, in chronological order, are 10 Coleman Hawkins songs that tell the story of a jazz saxophone legend…

This 1929 recording of The Mound City Blue Blowers performing James P. Johnson’s much-loved ballad ‘If I Could Be With You One Hour Tonight’ features a young Coleman Randolph Hawkins on commanding form.

Whilst the line-up of the Blue Blowers was fairly flexible and varied from time to time, on this occasion it featured founding members Red McKenzie (comb/kazoo), and Jack Bland (guitar).

Hawk is the first soloist to play, his virile and seductive sound being instantly recognisable.

Widely regarded as one of the most influential jazz recordings of all time, Hawkins’ 1939 rendition of ‘Body and Soul’ is without question his most famous performance.

An artistic statement that pushed the harmonic language of jazz in a new direction, it’s a progressive leap that marked a moment of transition.

Having recently returned from a five-year stay in Europe, Hawkins was surprised (in his words) to discover that his fellow musicians hadn’t developed jazz music any further than when he had left.

With that in mind, it’s perhaps no surprise that much of the initial reaction to his treatment of ‘Body and Soul’ was critical.

Replacing the bluesy riff-based phrasing that was so popular at the time with intricate, knotty passages and harmonic alterations, it was a definite departure from what had come before, and foreshadowed the development of bebop in the 1940’s.

A masterclass in the art of the jazz ballad, blending extraordinary virtuosity with a more tender side, ‘Body and Soul’ is perhaps Hawkins’ greatest achievement.

“When I heard Hawk, I learned to play ballads” – Miles Davis 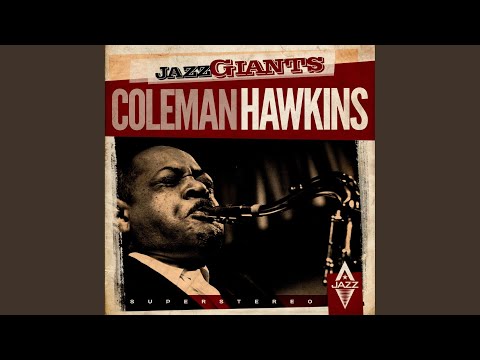 Hawkins was joined for a December 1943 session by Eddie Haywood Jr (piano), Oscar Pettiford (double bass) and Shelly Manne (drums) during which they recorded an iconic version of Gershwin’s ‘The Man I Love’.

The quartet are on fire, with Haywood taking a brilliant piano solo up front, and Pettiford on equally inspired form; sax players listen out for his inhalation of breath between playing to help with his phrasing.

Hawkins, as usual, allows his seemingly endless stream of improvisational ideas to slowly unfurl over the course of his two-chorus solo, a great example of 1940’s Hawk in full flight.

Whilst perhaps best known for his smooth, lyrical style, Hawkins was very much present for the birth of bebop, with the album Rainbow Mist being widely credited as the first recorded example of the style.

As bandleader for this session, he brought together rising stars of the day including Dizzy Gillespie, Max Roach and Don Byas.

His solo on Gillespie’s new composition (and now jazz standard) Woody’n You showcases his ability to keep up with ‘the kids’ on the more harmonically challenging chord progressions that typified this new style of jazz.

Despite being most closely associated with the swing era, Hawkins’ work championing the bebop generation shouldn’t be overlooked.

During the mid-1940’s, Coleman Hawkins was something of a mentor to an emerging Thelonious Monk. He was one of the earliest established musicians to promote his work, hiring him as part of his quartet in 1944 and recording three of his compositions in 1946.

These sextet albums are a fantastic opportunity to hear two masters of the music (one fully established, and one rising star) in dialogue, a relationship that would be revisited when Monk later hired Hawkins’ to feature on his 1957 album ‘Monk’s Music’

Hawkins’ 1948 recording of the original composition ‘Picasso’ is an early example of him playing unaccompanied solo saxophone.

In fact, there is just one earlier example entitled ‘Hawk Variations’ that was recorded two years prior.

These recordings would inspire subsequent saxophonists (notably Sonny Rollins) to do the same years later.

There are differing opinions regarding what extent ‘Picasso’ was pre-meditated, with producer Norman Granz stating that Hawkins had it all figured out before he sat down to record it, and that it is loosely based around the chord changes to ‘Body and Soul’,  whilst others insist that it was improvised on the spot.

Regardless of what you believe, it’s a striking and forward-thinking recording, one of Hawkins’ masterpieces. 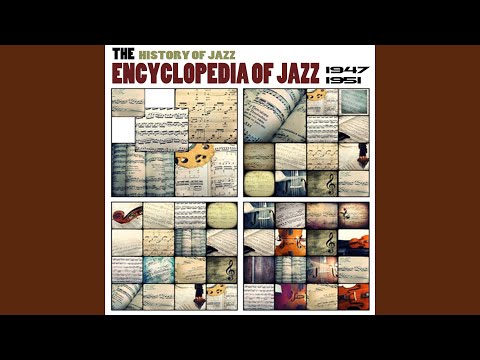 Tenor sax giant Ben Webster joined the quintet for the evening session, and what followed is one of the great two-tenor records of all time.

It’s difficult to pick just one performance to highlight (the ballad playing on ‘It Never Entered My Mind’ and ‘Prisoner of Love’ is sublime), but listen to the two masters weave their magic on ‘La Rosita’, Hawkins with his large gruff tenor sound, and Webster floating gracefully above in harmony.

When Orin Keepnews of Riverside Records asked Coleman Hawkins to pick his own musicians for the 1957 session that would yield The Hawk Flies High, the veteran tenor sax player surprised the producer by going for a front line of young beboppers: J.J Johnson (trombone) and Idrees Sulieman (trumpet).

The last track on the record is ‘Sancticity’, a joyful Hawkins’ original, loosely based on the rhythm changes format.

After Johnson’s trombone solo the band enter into an elongated section based on the whole-tone scale before Hawk launches back into the song’s original key of Db.

His rasping tenor saxophone ducks and weaves effortlessly through the chord changes as the listener finds him in imperious form, more than capable of keeping up with the younger generation.

This record came off the back of a period of relative obscurity for Hawkins’ and catapulted the saxophonist back into the spotlight. Well worth seeking out.

Indeed, it has been said that Ellington had approached Hawkins to record with him over 20 years prior to the session, and whilst listeners had to wait until the 1960’s to hear the two together, the results are stunning.

Placing Hawkins as a featured soloist alongside such Ellington stalwarts as Johnny Hodges (alto saxophone) and Ray Nance (violin, cornet), we hear the tenor man on scintillating form.

By this stage in his career, Hawkins’ mastery of the ballad format was well-known, and his treatment of Ellington’s ‘Mood Indigo’ is sublime.

Listen to how his solo unfurls chorus after chorus with grace and poise, with the composer comping tastefully underneath.

Hawkins is the only featured soloist on this track, and his improvisation continues over the rest of the ensemble playing the head out, right up until the very end.

Bluesy Burrell is a 1962 album by jazz guitarist Kenny Burrell that features Coleman Hawkins on four of seven tracks.

This is the third and final time that the two would collaborate for Prestige records, and the results are magical.

Hawkins is the third soloist on the track (we don’t hear his saxophone until nearly three minutes into the recording), weaving understated and graceful lines through the chord changes ably backed by the rest of the sextet.

Despite being primarily known as one of the saxophone titans of the swing era, Coleman Hawkins demonstrated throughout a career that spanned over four decades just how progressive and forward-thinking his playing was.

He frequently demonstrated that he was capable of keeping up with the latest crop of young jazz musicians and this is relatively avant-garde outing is yet another example.

Sonny Meets Hawk! Sees Hawkins as a sideman in a quintet fronted by Sonny Rollins, and featuring Paul Bley on piano, as well as Roy Mcurdy (drums) and Bob Cranshaw/Henry Grimes (double bass).

Sonny Rollins and Coleman Hawkins are both giants of the tenor saxophone from different generations, and the opportunity to hear the two play together, and interact with each other, is pure joy.

Hawkins’ playing is creative and unabashed throughout, and the listener is treated to a number of exhilarating solos and moments of spontaneity from the tenor saxophonist.

Listen to how Rollins and Hawkins playfully spar towards the end of the jazz standard ‘Just Friends’, bouncing off each other’s ideas and clearly relishing being in each other’s company, behind the propulsive swing feel of Henry Grimes and Roy Mcurdy.

The track fades towards the end, giving the listener the sense that the ensemble were so lost in the enjoyment of playing that they perhaps hadn’t agreed on an ending.

This looseness and spirit of freedom only adds to the overall experience, and we highly recommend seeking this fantastic example of late-era Hawkins’ playing. 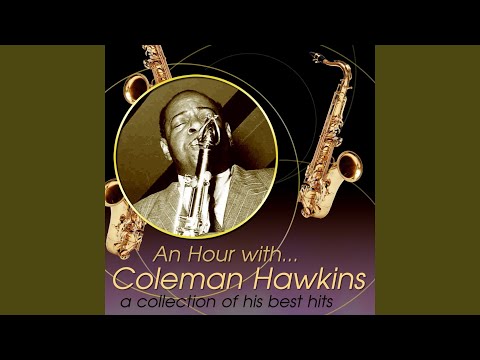 Thanks for joining us for this brief trip through the catalogue of a legendary jazz musician and tenor saxophone style-icon.

For the more eagle-eyed, you’ll notice we actually included 11 songs, as it was just too hard to whittle it down further.

Even so, there’s a lot more great Coleman Hawkins’ music to discover, so we’d highly recommend heading over to Youtube, Spotify, Amazon or your local music store to find out more!