What Is The World’s Best-Selling Musical Instrument? 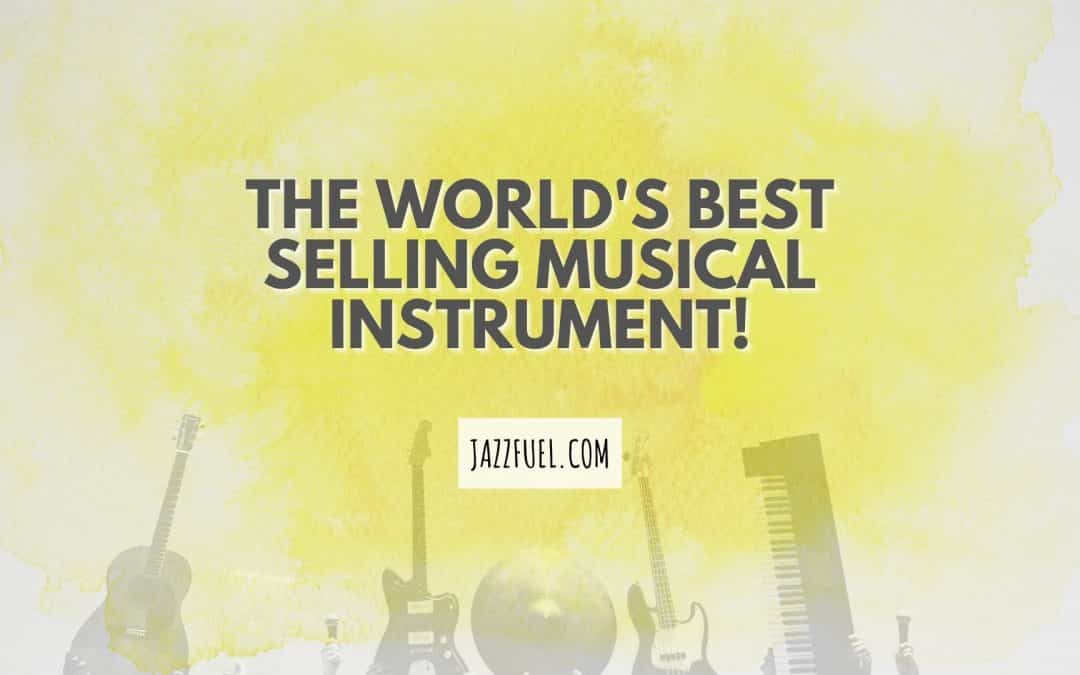 If someone asked you what the world’s best-selling musical instrument was, you’d be forgiven for assuming it was the guitar.

After all, it seems like every other person has one and, in truth, it could quite-easily be described as the most “popular” instrument in the world…

But, in fact, if we’re talking about units per year, it’s the harmonica that takes the title of the world’s best selling instrument!

Read on to learn more about the instrument and how it became so universally loved.

There are lots of hugely popular instruments out there, including electronic keyboards, guitars, drums and orchestral instruments like the clarinet and violin.

But none have reached the eye-watering level of sales as the humble harmonica.

Thanks to its relatively cheap price tag and ease of use, more than an estimated 3 MILLION harmonicas are sold each year, with its popularity remaining relatively consistent since the mid-20th century.

The Origins of the Harmonica

The harmonica was first developed in ancient China.

From there, it made its way to Germany in the 1850s where the instrument began to be mass-produced.

In the 1860s, the harmonica found its way to the United States where it became a popular instrument across various genres, notably country and American folk music.

The harmonica also began to be heard on blues recordings. From the 1940s, blues singers began including the harmonica in their music until eventually, it became a common feature in different genres like jazz, rock and mainstream pop.

Musicians like Bob Dylan, Stevie Wonder and Bruce Springsteen are amongst the most famous musicians to have mastered this popular musical instrument.

How Does a Harmonica Work

Now that you know how the harmonica found its way to being the world’s best selling musical instrument let’s look at how it works.

A harmonica is made of five parts. These include the bottom cover, top cover, a draw reed plate, a comb, and a blow reed plate. The holes you blow into are called reed chambers.

Blowing into any of these holes produces sound. The hands can also be used to create a vibrato effect.

Why is the Harmonica the World’s Best Selling Instrument?

There are a few reasons for the harmonica’s popularity.

The harmonica is super practical. With most instruments measuring less than 10cm, you can carry it around with you anywhere in your pocket.

Unlike the guitar, which needs a case and a piano that can’t be moved without professional help, the harmonica is hassle-free and portable.

Also, you don’t even need any supporting device like a strap or chair. You can hold it in your hand and play with it. Then put it in your bag or jacket’s pocket when you’re done.

Another reason for the harmonica’s popularity is that it is cheap. You can pick up a good quality beginner’s harmonica at a musical instrument store or secondhand on craigslist for anywhere between $35 to $100.

Professional harmonicas are more expensive but are still reasonably priced in most cases. You can usually bag a good quality professional instrument for between $120 and $250; much less than instruments like the electric guitar which tend to start at $500.

Musical instruments can require a lot of maintenance, especially brass and string instruments. Harmonicas on the other hand are super easy to clean and maintain.

All you have to do is rinse it in lukewarm water, drain out the water, wipe it, and then leave it out to air dry.

Diatonic is the preferred type of harmonica for beginners. It can be used for country, blues, rock, and pop. It has ten holes and nineteen notes.

It’s fairly simple to get used to, which is great, but remember to note that diatonic harmonicas can only play in one key at a time so you may find yourself purchasing several instruments to cover a range of keys.

If you don’t want to get a different harmonica for each key, we’d recommend getting one in the key of C. This is one of the most commonly used keys and a simple place to start.

You’ll find chromatic harmonicas being used in both classical and jazz music. As it contains all notes – both diatonic and chromatic – you’ll be able to play all 12 possible keys on it, making it a very versatile instrument, though slightly less easy to master than its diatonic cousin.

The tremolo is a double row harmonica and has eight, ten, or twelve sets of double holes. this type of instrument isn’t recommended for beginners as it is a little complicated to navigate. But, when used correctly, the double holes produce beautiful sounds.

Given that harmonicas are super easy to work with, cost relatively little and can be cleaned easily, it makes perfect sense why over a million of them are sold every year, making it the world’s best selling musical instrument.

A diatonic harmonica is a great place to get started if you’re a beginner. It’s simple and super fun to play.

Interested in learning about other musical instruments? Head over to our guide to the saxophone or check out our list of the most popular woodwind instruments.