Tim Cappello: The Story Behind The Bodybuilding Sax Icon 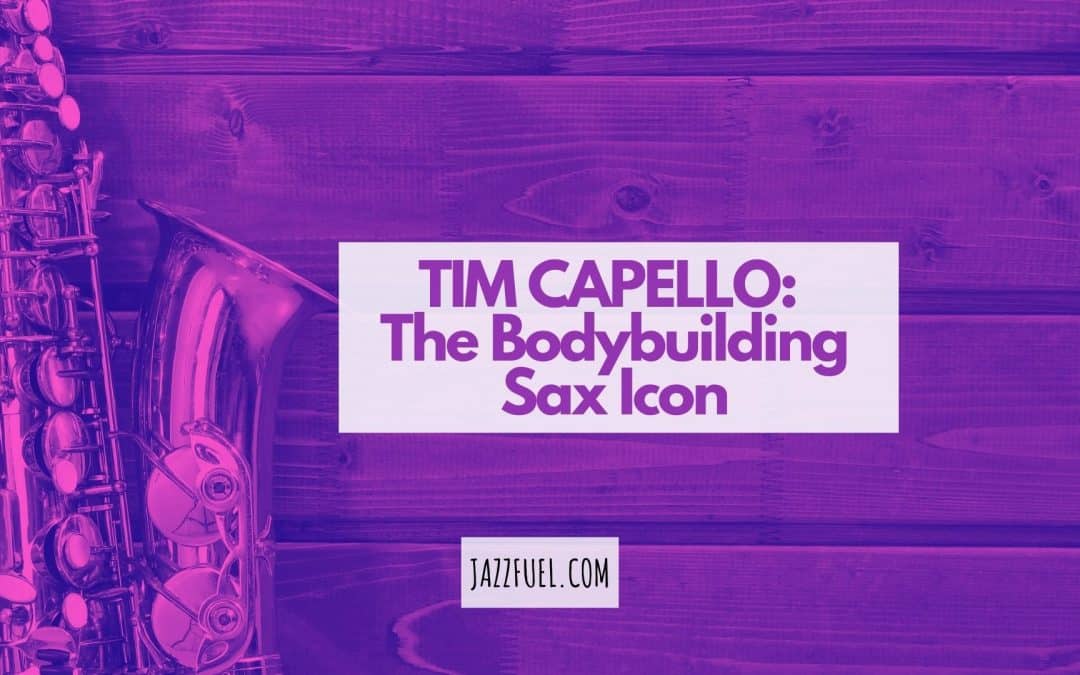 Tim Cappello (born May 3, 1955) is an American musician, composer, vocalist, and multi-instrumentalist. Cappello is mainly known for his work as saxophonist for Tina Turner in the 1980s and 90s. He also turned heads with his iconic performance in the 1987 vampire film, ‘The Lost Boys’.

After struggling with heroin addiction during his early days of performing tenor saxophone with Peter Gabriel, Tim Cappello decided to quit cold turkey in 1979 and began to bodybuild in 1980.

Since then, he has become most known for his muscular physique, sexually provocative performances, and a tendency to perform shirtless. It shouldn’t come as a surprise by this point that he also oiled his skin and tied his hair in a ponytail.

It may come as a surprise to jazz fans that the cheesy saxman studied under the jazz legend Lennie Tristano before he made it big.

Tim Cappello, sometimes credited as Timmy Cappello, grew up in Silver Lake of Harrison, New York. It is no wonder that Cappello went on to pursue music, given that his father was a local conductor and music teacher. Cappello began studying music at age 4.

At just age 15, Cappello dropped out of high school to pursue further education in music at the New England Conservatory of Music, where he was accepted. He played both drums and keyboard for his audition.

Upon leaving the New England Conservatory, Cappello sought out his idol, the jazz legend, Lennie Tristano, for guidance. He intermittently studied under Tristano for four years and managed to land several gigs during this time.

Cappello’s first gig was as a pianist behind comedian Billy Crystal, who was an early stand-up act at the time. This gig lasted five years, before landing a gig on the road with Eric Carmen of The Raspberries, which he got from jamming at as many clubs as he could in and around town.

This was a real jumping-off point for Tim Cappello’s career, and his first big, ‘professional’ gig.

From this jumping-off point, Cappello’s old schoolmate, Jerry Moratta, got Cappello a gig with singer-songwriter Garland Jeffreys, who Cappello toured with through 1978.

Shortly afterwards, Moratta started playing with Peter Gabriel and managed to bring Cappello with him into that band as well.

Unfortunately, Cappello suffered from extreme drug use, primarily heroin, during his time on the road with Peter Gabriel, and has since said that he regrets not being able to get the most out of it.

It was after his time with Peter Gabriel, on his 25th birthday, that Cappello had a dramatic incident whilst visiting his parents. After his niece saw him in such poor condition from his heavy drug use, Cappello quit cold turkey. Cappello said of the event:

“It made me realize what I was doing not only to myself but to them. It cut me so deeply that it was hard not to quit.”

It was amidst pulling himself out of addiction that Cappello stumbled across bodybuilding, an obsession to replace his crippling drug addiction. This dedication to his body ended up not just being great for his health, but his career, too.

Cappello’s dramatic change in health and looks made him a valuable asset as a stage performer. This greatly attracted famed singer-songwriter Carly Simon, who hired Cappello for his stage persona in 1980.

Motivated by her crippling stage fright, Simon wanted a band full of confident and eccentric performers to offset her lack of showmanship.

After the tour was cut short due to a frightened Simon offering members of the audience to come on-stage – which went about as well as you’d expect -, Cappello formed his own band, The Ken Dolls, who played through 1981-1982.

The Ken Dolls played mainly at the CBGB, a notorious music club that opened in 1973. Many acts played at the venue during their grass-roots period, such as the Ramones, Blondie, and the Talking Heads. It was mainly a punk venue.

Unfortunately for Cappello, the band was banned from CBGB, likely due to their overtly sexual performances.

After his attempt as a bandleader, Cappello found himself playing for Tina Turner, who was up-and-coming at the time.

Cappello met Turner through a mutual friend of both their managers and was forced to audition off-stage at a small gig with a saxophone solo for Turner’s song ‘Help!’

Lucky for him, Cappello impressed Turner and was hired in 1984. Cappello went on to play with Turner for fifteen years.

Despite his long-running career alongside Tina Turner, Cappello is perhaps more famed for his brief appearance and performance in the 1987 vampire film ‘The Lost Boys’, which has since been parodied by Jon Hamm on Saturday Night Live. In the movie, Cappello performs the song ‘I Still Believe’. 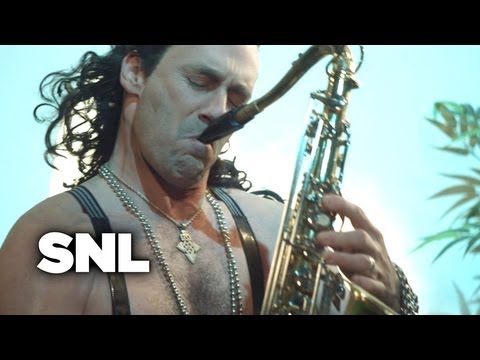 Cappello can be heard on some of Turner’s biggest tunes, like ‘We Don’t Need Another Hero’ and ‘One of the Living’ which is featured on the Mad Max Beyond Thunderdome soundtrack. Cappello also appeared in the music videos for both songs.

He may not be one of the greatest saxophone players to have lived but you can’t question his showmanship. With his slicked-back hair, bulging muscles and provocative stage presence, Tim Cappello is the original Sexy Sax Man. If you haven’t seen ‘The Lost Boys’, it’s well worth checking out for his iconic musical performance alone.

Looking to discover some true saxophone greats? Head over to our saxophone section or check out our article on ten of the most influential saxophone albums in jazz history.