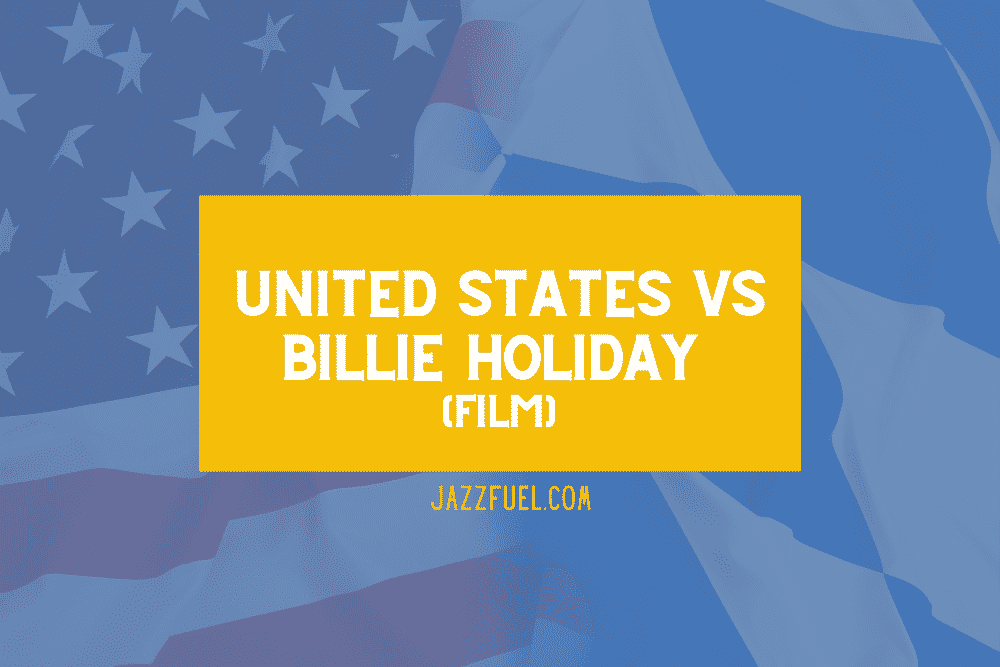 In 1947, the iconic jazz singer Billie Holiday was arrested for possession of Narcotics and sentenced to a year and one day in jail. This wasn’t the first time the young woman had been incarcerated, and it wouldn’t be the last. In this article, we’ll be taking a look at the 2021 film The United States vs Billie Holiday which follows the singer’s life and her altercations with the American government.

Holiday’s 1947 arrest was a significant event in the sustained campaign against the star after her music began to situate itself at the centre of the civil rights movement.

The United States vs Billie Holiday is a 2021 biopic film by director Lee Daniels with a screenplay from writer Suzan Lori Parks. It’s based on the great singer’s life along with Johann Hari’s Chasing The Scream, a book about the so-called War On Drugs.

Billie Holiday was depicted by actress and singer Andra Day who received an Academy Award nomination and won the Golden Globe for Best Actress.

However, despite the strong performances from Day and her co-stars – including Trevante Rhodes, Natasha Lyonne, Garrett Hedlund, Miss Lawrence and Leslie Jordan – the film was met with mixed reviews from critics.

Read on for our take on the movie.

When Holiday sang the ballad Strange Fruit, an elegy to the decades of black lives lost to lynching after the reconstruction, she caught the attention of the American government who decided that they needed to silence her or risk dissidence.

Directed by Precious (2009) director Lee Daniels, the film follows Billie Holiday (Andra Day) in New York City before and after her sentencing, as well as an imagined romance between the singer and the undercover Federal Bureau agent Jimmy Fletcher (Trevante Rhodes) who had been sent by the FBN commissioner Harry Anslinger to spy on her.

This new subplot is a point of contention within the audience. Some appreciate the drama and steaminess that comes with the affair, and others see it as a cliche that undermines the truth of Holiday’s life.

There was enough tragedy and spectacle in her life as it was, so to create this sub-plot based on off-hand comments and rumours feels somewhat unnecessary.

It feels disingenuous to talk about Lady Day’s stardom and career without acknowledging the tribulations she suffered to get there, and suffered during.

The film feels as though it needs to acknowledge the horrific aspects both of lynching and of Holiday’s narcotic abuse or else risk doing the truth a disservice.

What The The United States vs Billie Holiday Depicts

The film opens with intensely graphic, uncomfortable images of lynching which very much sets the tone of the film.

Daniels continues with this brutal realism throughout the film, scenes of Holiday using narcotics which seem to be aiming to prove to us that the singer’s life wasn’t as glamorous as it appeared.

However, these scenes do nothing to subvert our understanding of the singer or shock us and so the director’s push for realism here feels, for want of a better word, careless.

At some moments the film seems desperate to depict the realities of Holiday’s oftentimes tragic life, while in the next scene fabricating a romance with Rhodes’ character Jimmy Fletcher.

You’re left wondering how dedicated to the truth Lee Daniels really is.

This is not a complete indictment of the film, however, as there is a lot to love about The United States vs Billie Holiday, which for some viewers will make up for the less sensical aspects of the story. The performances, for example, are exceptional.

Garrett Hedlund, who plays Harry Aslinger, the racist head of the Federal Bureau of Narcotics is sinister and bull-headed in the way this character type usually is. made all the worse for knowing that this was a real person whose part in the American war against drugs would wreak havoc on countless lives – mostly Black Americans.

Tyler James Williams and Melvin Gragg both give charismatic performances as jazz musicians of the era, Lester Young and Joe Guy.

The latter two here sever as the film’s only real comic relief, whose small roles allow for a few brief moments of levity in this otherwise very serious film. These performances do a great job of giving us a feel for the lives of these people, and the life of the movie, before being dragged back down.

Special mention must be given to Trevante Rhodes, who plays Jimmy Fletcher, the federal agent sent to spy on Holiday but ends up having a tumultuous affair with.

This performance is particularly nuanced, which is no surprise considering his incredible presence in the 2016 Oscar-winning film Moonlight. However, the real star of the show is Andra Day in the titular role.

Day brings a subtlety to this performance, and the ability to demonstrate the contradictions that made Holiday such a compelling woman. She is at times vulnerable, at others hardheaded and steadfast.

She accepts being treated as worthless by some and is yet seemingly fully aware of her greatness in other situations. Day is well-deserving of her Golden Globe win.

While the intelligence and nuance behind Day’s performance is great, it’s a shame that the film so rarely explores these paradoxes.

The film is often so focused on showing the brutal honesty of Billie Holiday’s life, it forgets to showcase the beauty, the life, the power that she commanded on stage. It is so fixed on Strange Fruit, and what it does to audiences, both Black and White, that it often fails to depict why it had that effect.

The film is in no way bad. It is competently directed, beautifully performed, and features some gorgeous cinematography – and of course, a stellar soundtrack.

If you’re looking for a dramatic film, engrossed in the aesthetic of the 1940s, then you should definitely check it out.

Just keep in mind that some aspects of the biopic have been sensationalized, whilst others have been fabricated altogether.

Billie Holiday was a fascinating woman, whose life was shrouded in tragedy and abuse. Hopefully one day a film will come out that respectfully and accurately depicts the troubles and beauty that made up her life.

Unfortunately, The United States vs Billie Holiday doesn’t quite hit the mark, but it’s certainly worth checking out for the performances alone.

Interested in learning more about the music of Billie Holiday? Check out our article on the singer’s most iconic songs or take a deep dive into the work of her long-time collaborator Lester Young who also features heavily in the film.