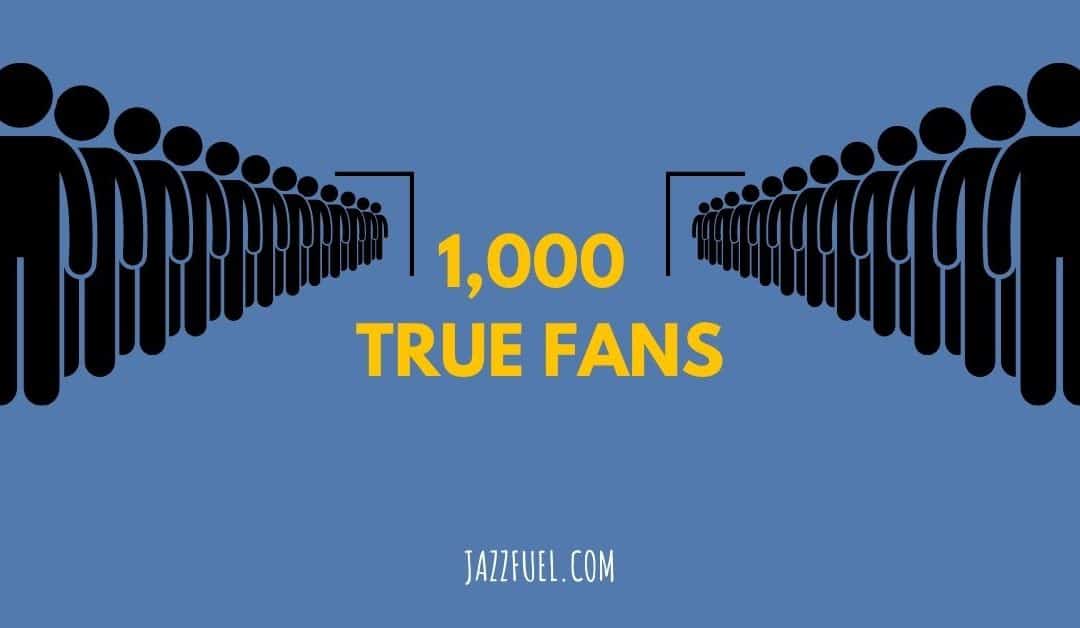 Let’s start with the eye-catching, clickbait headline: in this article we’re going to look at how generating a 6-figure income as an independent jazz musician is within everyone’s reach…

…with one big caveat:

But if you’re down with that, here’s the deal…

Building a ‘successful’ career as a jazz musician is of course a totally subjective goal which could look very different based on who you are.

One musician may count travelling the world for gigs 200 days a year a big success where another (perhaps with a family) could think of nothing worse than spending so long away from home to earn a living from their music.

Whatever your vision of success, though, if it’s connected to making and performing creatively, it can almost certainly be achieved simply by having enough people support it.

It’s best-explained by writer Kevin Kelly who published a now-popular concept called 1,000 True Fans (see link at the end for the full piece) which provides the inspiration for this article. 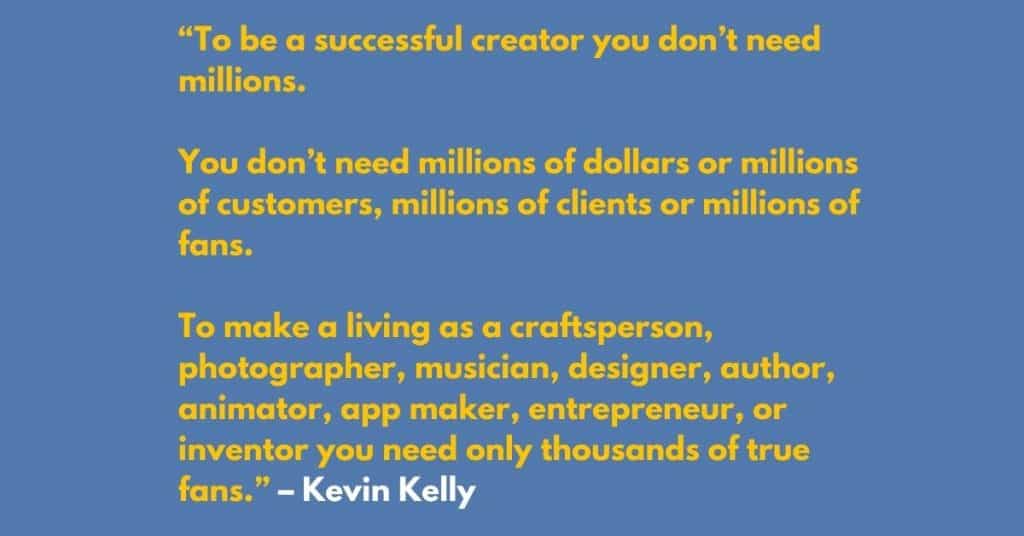 Let’s be clear on one thing: we’re not talking about social media likes, newsletter subscribers or even people who pick up a CD after a gig.

We’re talking about those people who will buy everything you create, come to any event that they can get to and consume anything else you’re offering.

They are a rare breed (we could easily imagine 10 regular fans or 100 social media followers for every True Fan) but they are the ones that hold the key to financial/creative freedom.

We’re not talking about fame and riches here.

We’re talking about a level of income that gives you freedom to create the music you want, whenever you want, and earn your living from this.

How does this look in the world of jazz?

Fast-forward 1-5 years and imagine you have found your 1,000 True Fans.

You get the idea…

Of course a lot depends on the cost of your music making (and the musicians you’re making it with), but I’m sure that the majority of musicians would see these scenarios as a big step up.

The million dollar (or at least $50k a year) question!

Finding 1,000 people is undoubtedly going to take a lot of hard work and focus. But with an end result like that, surely we wouldn’t expect any different?

The key, though, is that it’s a goal within touching distance of everyone.

You could realistically count 1000 people, one by one, in a (rather large) room together.

As Kevin Kelly notes, we’re not shooting for that elusive ‘stardom’ or a 1-in-a-million lucky break.

Instead we’re betting on that tried and tested equation:

As with anything that delivers such stunning results, there is no copy/paste template for this.

But some simple concepts to keep in mind:

1) One-to-many is useful, but one-to-one is where the magic happens

True Fans probably aren’t connecting simply to a piece of music. They are connecting to you as an artist. And that means they need to know who you are.

So whatever one-to-many platform you’re using (broadcasting a newsletter, publishing content on social media, writing on your website…) there probably needs to be a strong one-to-one backup.

People who engage with you on any of these platforms need to be treated as individuals and replied to.

2) Smaller goals along the way stop you giving up

Even with tangible numbers like ‘1000 people in the world’ it’s still a long term game.

And as anyone whose set big new year resolutions before knows, it’s easy to give up when the end is far away.

So coming up with a plan for how to start chipping away at this and setting targets along the way is important.

Remember: the biggest growth in all of this is zero to one.

If you already have at least one person you’d describe as a True Fan (aside from your Mum), then you simply need to figure out how to scale this.

If you haven’t yet, your very next goal is to find your first one.

3) Consistency is more important than almost everything else

The easiest way to grow your fanbase is to figure out something that people seem to engage with and then do it over and over again.

An average idea (ie “let’s get our friends over livestream a gig”) becomes massively more effective when it’s done every week for 2 years.

So rather than spend weeks trying to come up with that one great idea, pick something and start!

If the intention is genuine and the music behind it is good, your best idea today is probably enough to get you moving in the right direction.

The side-effects of searching for your 1,000 True Fans

As with all big goals, it’s not an all-or-nothing deal.

Shooting for the moon and falling short probably still puts you in a much better position than you would have otherwise been.

The amount of work and great content involved in reaching even One Hundred True Fans probably puts you out there in the industry as a musician who is making things happen.

In short, setting the goal of being as engaging as possible brings a whole host of ‘wins’ you might not have even planned on.

So two questions for you today:

1. How many True Fans do you have today
2. How can you double that number this year?

Read the full (updated) article by Kevin Kelly here or check out his contribution, and many others, in the excellent Tim Ferris book Tools of Titans.