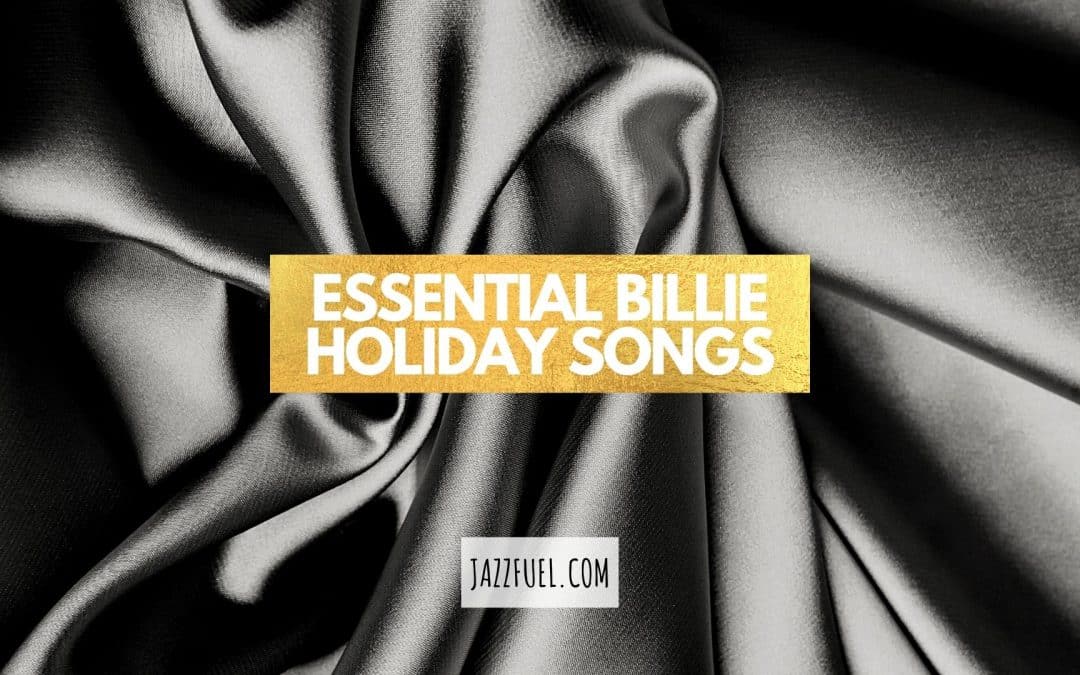 One of the greatest and most influential jazz singers of all time, we take a look at the music of Billie Holiday (nicknamed Lady Day) through some of her best-loved songs.

She pioneered new techniques and her collaborations with jazz titans Teddy Wilson, Lester Young, Count Basie and Artie Shaw are milestones in the jazz canon.

Her talents were discovered early, and she made her debut with Benny Goodman aged eighteen. One thing which set her apart as a jazz singer was her ability as an improviser, a role more commonly allocated to horn players.

Hits in the ’30s laid the groundwork for a period of sustained commercial success in the ’40s. Towards the end of the decade, she was arrested for narcotics possession and began to fall out of favour with the critics.

Whilst she moved from one destructive relationship to another and her health faded throughout the ’50s until her death in 1959, she was still very much in the public eye until the end.

Besides packing venues, she made some of her most important albums, appeared on television multiple times and wrote an autobiography.

Stay tuned until the end for 3 lesser-known facts about Billie Holiday, including which of her songs made it to Mars… 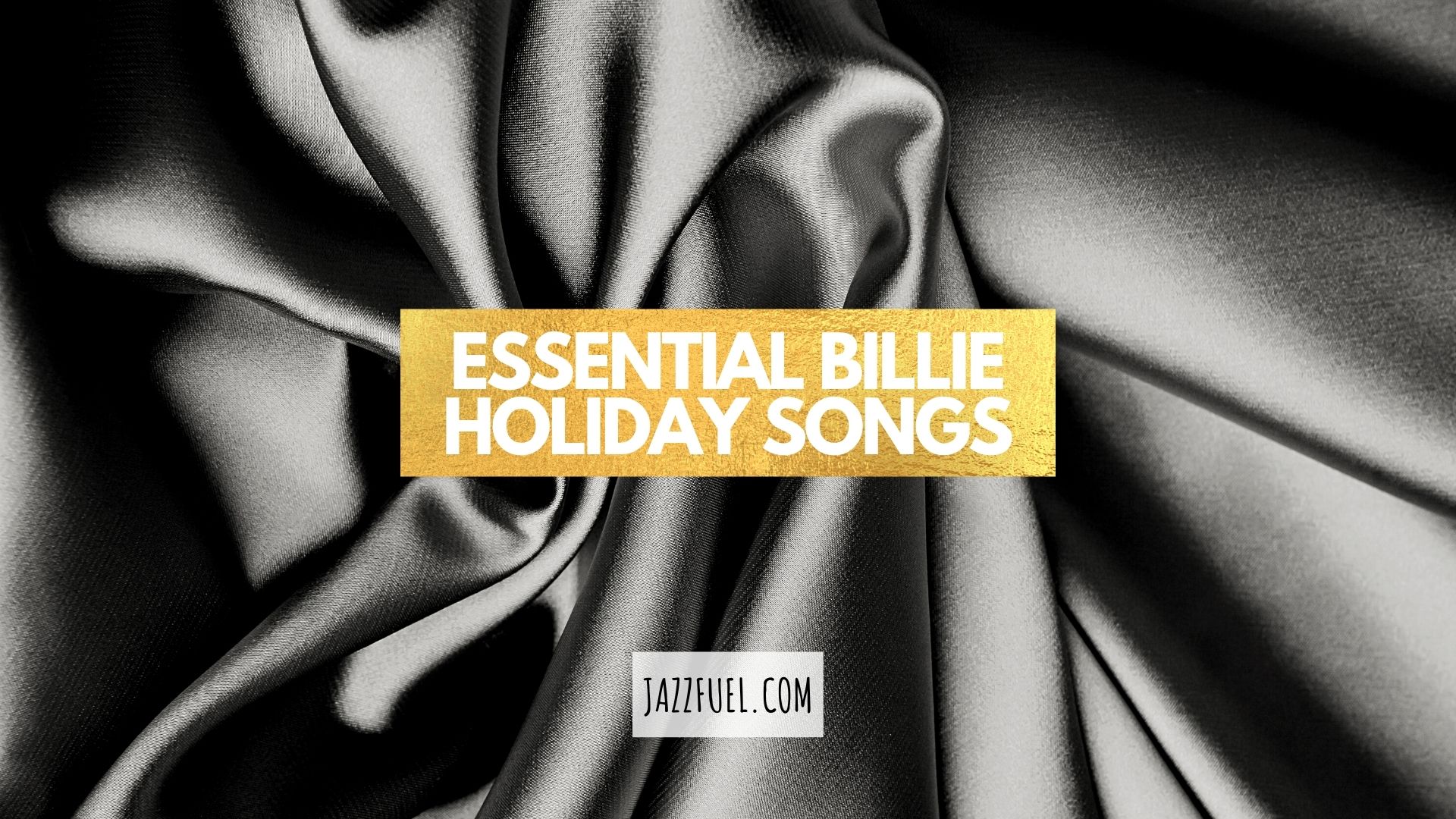 What a Little Moonlight Can Do

Recorded for the burgeoning jukebox business, this co-production with Teddy Wilson is among the first of many with the pianist.

The single reached the charts and led the record label to invest in Billie Holiday as an artist of her own accord.

Played at a swift tempo, Holiday improvises a variation on the melody in a way which would become widely imitated but never equalled.

Written for a film of the same name, Easy Living is from another session with Teddy Wilson, this time starring Count Basie Orchestra rhythm section Freddie Green, Walter Page and Jo Jones.

Like What a Little Moonlight Can Do, this number was widely distributed and was part of a collectively evolving shared repertoire amongst musicians known as ‘jazz standards‘.

It was her musical partner here, saxophonist Lester Young, who gave her the name Lady Day which stuck for the rest of her career.

By the late ’30s Lady Day was an exceptional singer with admirers all over America, but it was the song ‘Strange Fruit’ which made her a household name and an icon of her era.

It was one of her most popular recordings and would stay in her repertoire for the remainder of her career.

The tune is set to a poem about the lynching of African Americans in the Southern United States and has come to be seen as a precursor to the Civil Rights Movement.

Later recorded by Nina Simone too, it was compared by a contemporary journalist to the French national anthem, a song which captures anti-monarchical sentiments in the late eighteenth century.

The B-side of a single is normally reserved for a recording expected to be of less interest than the A-side, but this did not turn out to be the case with the release of Strange Fruit.

On the record’s flipside was Fine and Mellow, which turned out to be a hit unto itself and has been covered by other artists many times since.

It features Billie Holiday singing in a blues style reminiscent of Bessie Smith and Ma Rainey.

Another classic recording by Holiday, this piece was penned by the singer herself and she would perform and re-record it throughout her career. As the title suggests, the mood is spiritual and the lyrical content partly autobiographical.

Yet another hit, God Bless The Child further solidified Billie Holiday as a leading artist of the time and has since been awarded a Grammy. Holiday’s voice has reached maturity here, and she has cemented her signature reimagining of melodies and evocative phrasing.

Paul Whiteman was a bandleader and arranger who ran one of the most famous ensembles in the ’20s. Possibly best known for commissioning George Gershwin’s Rhapsody in Blue, he employed some of the best and most innovative jazz musicians of the day.

Although Whiteman’s popularity was beginning to wane in the ’40s, this showcase for Billie Holiday rose to number one in the charts and was re-released as a V-disc a couple of years later for distribution among American troops.

Lover Man (Oh Where Can You Be?)

An addition to the growing list of Holiday hits was this number specifically written for the singer. Her recording sparked a slew of renditions by numerous vocalists and instrumentalists, and it became a staple of her live performances.

Scored for jazz band and symphonic orchestra, the arrangement is lush and leisurely. Holiday’s tone is full of grief and yearning, as if she’s wailing in her sorrow. The popularity of the recording led to solo concert opportunities normally offered to only the most prominent of pop singers.

I’ll Be Seeing You

Written in 1938, this nostalgic jazz song seemed to hit the height of its popularity in 1944 when it was released by Billie Holiday, Bing Crosby and Frank Sinatra.

Billie Holiday‘s beautiful treatment of this jazz ballad was released by Commodore Records, who she had just returned to that year, and seems to have entrenched itself as the most famous version of the song.

Crazy He Calls Me

By the late ’40s, Billie Holiday was at the height of her fame and was accruing sizeable earnings. Despite brushes with the law owing to her ongoing battle with drug abuse, she was selling out huge concert venues.

This period also marks the beginning of a long period of declining health, although no foreshadowing of this is evident in this recording.

Holiday’s voice is full of nimble glissandi and delicate vibrato, using the lyrics to influence the way she reworks the tune.

Released concurrently with her memoirs of the same name, this song co-written with pianist Herbie Nichols demonstrates two sides of the blues: pensive sadness, and proud swagger.

After a dramatic trumpet flourish, Billie Holiday sings her self-referential lyrics with improvised support from members of the band. She inhabits the two stylistic personalities perfectly, proving her prowess as a consummate storyteller.

I’m a Fool to Love You

No commentary on Billie Holiday is complete without some mention of Lady in Satin, one of her last albums.

In spite of the condition of her voice, it is considered by many to be one of her most important contributions to the genre.

Cushioned by orchestrations by Ray Ellis in the manner of Nelson Riddle’s famous collaborations with Frank Sinatra, the sessions drew on the Great American Songbook. In a lesser singer‘s shoes, Holiday’s fragility could sound feeble, but she manages to sound earthy and sensuous.

Of course, these are just a handful of songs; there are many more which you can still discover as part of Billie Holiday‘s legacy. If you’re looking for more, Holiday’s autobiography is a brilliant way to dive deeper into her life and career.