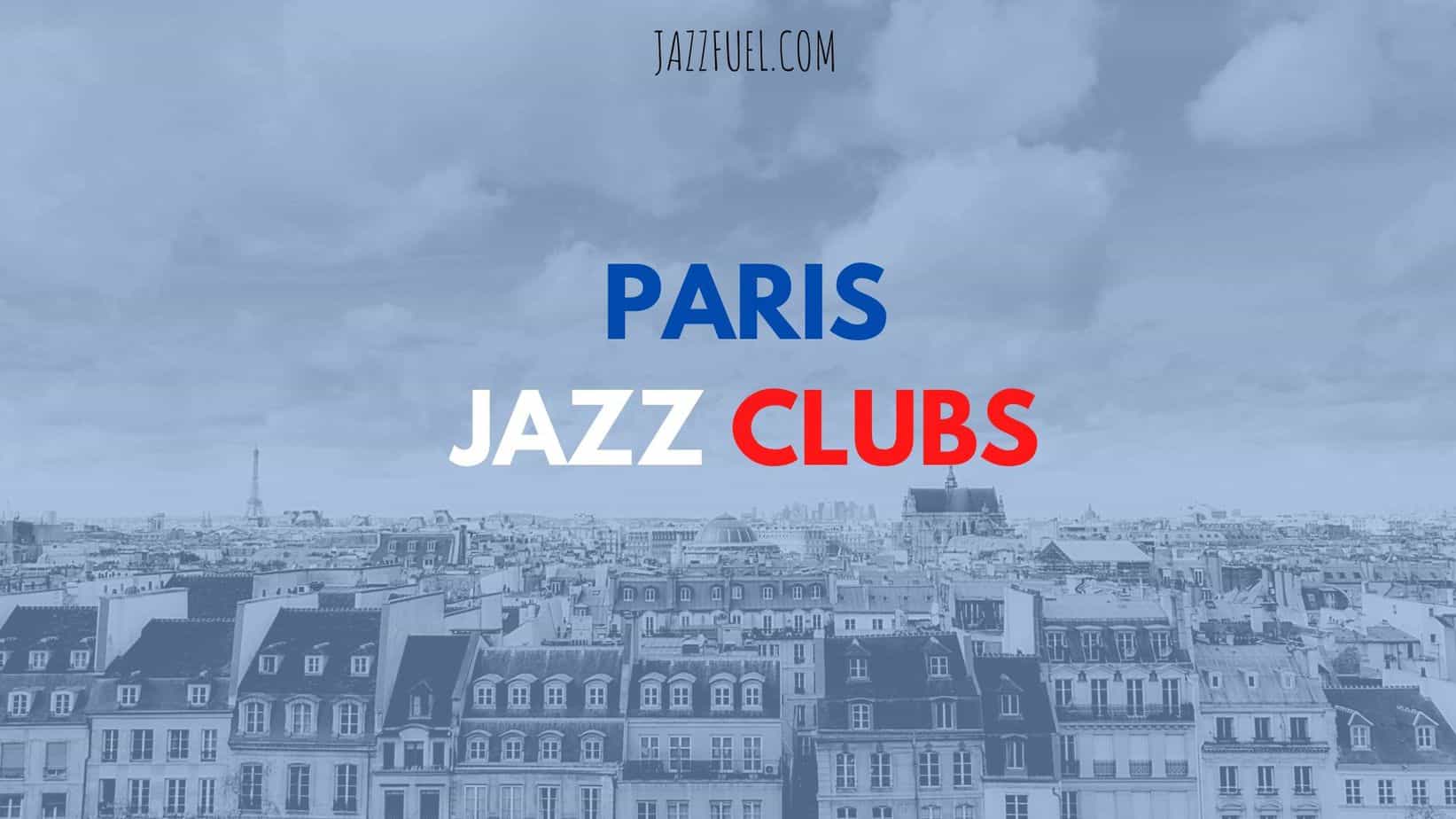 Whether you’re a fan or a musician, here’s our rundown on some of the best jazz clubs in Paris.

The French jazz scene has played an important part in the music’s history, welcoming all sorts of legendary musicians over the years. Some came to play at the many festivals that take place in the summer, whilst others – like Miles Davis & Chet Baker – ended up staying for extended periods.

But aside from all that great history, there’s a vibrant and happening jazz scene today in France, with many international artists and local musicians of all styles playing there.

So whether you’re a jazz musician trying to book a European tour, or a music fan looking for new ideas for your next gig ticket, the jazz clubs of Paris must be pretty high up there.

For this guide, we’ve highlighted some of the best Paris jazz clubs and venues with some help from the local musicians who know them. We’ve kept it broad, so you should be able to find suitable ideas for every sub-genre within this music.

If you know the Paris jazz scene and have other suggestions to make, feel free to use the comments section.

Opened in 1981 with a concert by Art Blakey & The Jazz Messengers, the New Morning is located in Paris’s 10th arrondissement and, whilst it’s primarily known as a jazz club, it also presents blues, groove, urban and world music. In fact, stylistically, it most closely resembles the programming of London venue The Jazz Cafe.

Holding upwards of 400 people – and with options for both sitting and standing shows – it’s presented many of the biggest international names including, to name just a few, Archie Shepp, Dianne Reeves, Didier Lockwood, Elvin Jones & Eric Truffaz. It’s a popular choice for album release concerts and sometimes broadcasts the shows live onto French radio.

We’d compare it to… the Jazz Cafe in London
Check out more: newmorning.com

Situated in the East of Paris in an old industrial factory, la Dynamo is part of a complex purpose-built for jazz and improvised music. As such, it has great acoustics, flexible performance spaces and, as well as the regular concert, allows for daytime rehearsals.

The Paris jazz musician’s view: “Programme-wise, the music is centred around contemporary Jazz and other genres connected to this music and the musicians who make it. It’s worth noting that the venue is linked to the Banlieues Bleues festival, one of the biggest in France. I have a great memory of releasing of my trio album 30YearsFrom in 2017!” – Theo Girard, French bassist & bandleader

We’d compare it to… The Vortex in London
Check out more: banlieuesbleues.org

The programme across these 2 rooms showcases a who’s who of the French jazz scene alongside strands of international programming which have included modern jazz legends such as Brad Meldhau, Archie Shepp, Kurt Elling & Italian trumpeter Paolo Fresu.

“We like to work at Sunset-Sunside because the sound is good, the room is intimate yet big enough to have a good sized audience and the staff is generally concerned with helping the artist to do a good show” – Leslie Lewis & Gerard Hagen

Situated at the heart of one of Paris’s main tourist districts, the Duc Des Lombards has been presenting a mixture of local and international names for more than 3 decades now, with notable guests including Wynton Marsalis, Ahmad Jamal and Charlie Watts.

Despite it’s capacity of less than 100, it’s built up a strong reputation for booking some of the top swinging, contemporary jazz groups around. Most nights feature double shows and the Duc Des Lombards jam session is one of the great after-hours hangs in the French capital.

A British jazz singer & pianist Anthony Strong commented in a piece for The Guardian: “The Duc is a tiny but world-class jazz club in the heart of Paris. It feels every bit as authentic as a jazz club should; it’s dimly lit, with spotlights pointing toward the small circular stage; the audience sit in comfy leather seats, often within touching distance of the artists.

Previously the Petit Journal Montparnasse, the Jazz Cafe is situated in the shadows of the Montparnasse skyscraper and was completely refurbished in 2017.
With a focus on dining alongside the music, the venue presents concerts 6 days a week and focuses mainly on French jazz artists performing styles including swing, groove, gypsy jazz, boogie woogie, hard bop and soul. Some strands of programming feature ‘homage’ concerts, inspired by artists as diverse as Fats Domino and Erroll Garner, whilst others are originals projects.
The Parisian musician’s view: “Jazz Café Montparnasse is a very nice venue, both classy and welcoming. The club has kept its prestige as former Petit Journal Montparnasse, with a faithful audience and a good communication policy, highlighting the artists with cool visuals and ads every month.
The place has been completely renovated, it is comfy for performers with great lights and sound, and lovely personnel. People can attend while having dinner or just sit casually at the bar with a drink and enjoy the performance. I definitely recommend this venue in Paris, both as artist and listener!” – Isabelle Seleskovitch, French jazz singer

Larger than a regular jazz club, the Studio (in Paris’s Eastern 20th arrondissement) is a very well equipped venue where the audience can sit or stand, depending on the music and the crowd.

Previously a biscuit factory, this venue holds up to around 250 people and presents a broad spectrum of jazz & world music 5 days a week. You can take a virtual 360 degree tour of the space here.

The musician’s input: “Apart from the dance evenings (Brazil, Balkans, balls etc), the organisers often make it available for hire, rather than in-house programming. Many French jazz groups host album releases there because with grant support and the venue can do filming in really great quality. It has a great atmosphere and is always very nice to play there!

My best memory of le Studio is of the album release of my Bulle Quartet album during Jazz à la Villette festival in September 2019.” – Theo Girard, French bassist & bandleader

Juuuust outside of the city limits in Fontenay-sous-Bois, this venue is reachable by taxi or train (RER) and makes it onto our list of best jazz clubs in Paris via the enthusiastic recommendation of French bassist Theo Girard…

“Le Comptoir is my favourite venue in Paris; I love to go both as a performer and as a fan. It’s warm atmosphere is palpable from your very first step into the room and the team (technical, programming, catering) is very welcoming.

The programme is around 60% jazz, complemented by blues, world music and multidisciplinary experiences. You can eat and drink very well here too!” – Theo Girard, French bassist & bandleader

Thanks for checking out this guide to some of the great jazz clubs that Paris has to offer.

We’ll be updating it regularly, so please feel free to share your own tips in the comments section here…

If you’re looking for some great jazz clubs and festivals in other cities, you’ll find all of our gig guides here.