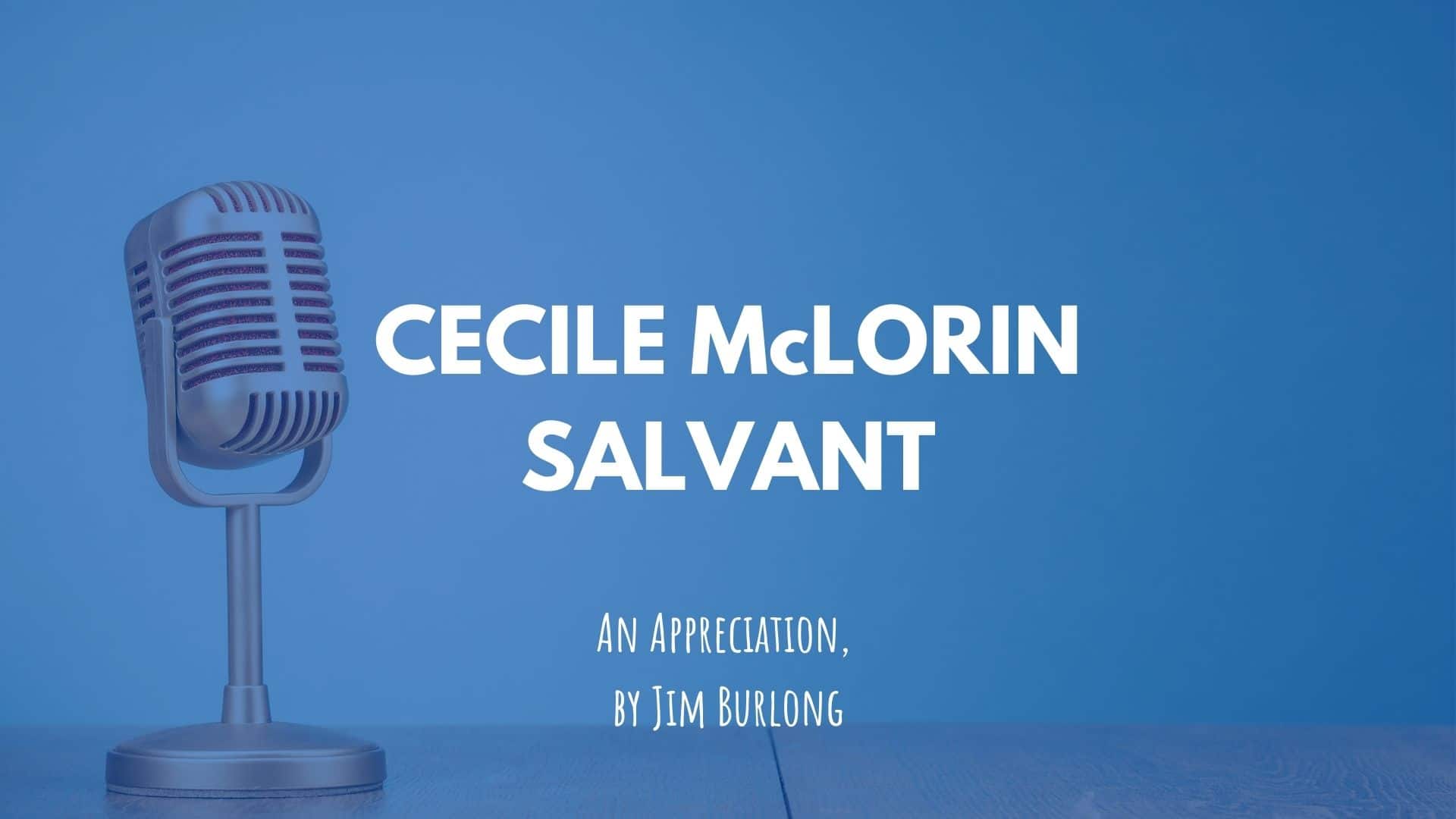 This feature of jazz singer Cecile McLorin Salvant was written by British jazz writer Jim Burlong. You can find out more about him, in his own words, at the end of this article. If you’re looking for more info on great jazz vocalists, you can find our pick of the best jazz singers of all time over here or our list of 15 of the greatest female jazz vocalists here.

There were many decades in the twentieth century when the emergence of a major new jazz star was a regular occurrence. Since those heady days of the “Golden Era” things have not been quite the same, making any such event even more significant.

So it was with this lady who in the first few years of her recording career has won two Grammys, plus a further Grammy nomination, from only five albums, along with countless other awards and accolades plus legions of admirers. You don’t have to take it from me that she is on her way to greatness, Wynton Marsalis recently remarked “You get a singer like this only once in a generation or two”.

Her mother was a school headmistress from France and her father a doctor in Haiti. At four years of age she was taking regular piano lessons and by eight was singing in a local choir.

The family moved to Aix-en-Provence France in 2007 when Cecile was eighteen, where she studied classical and baroque voice at The Darius Milhaud Conservatory, she soon converted to jazz, later going on to work under Jean-Francois Bonnel on vocal improvisation, which proved to be a watershed moment on her way to stardom.

She performed with Bonnel’s group in a series of Paris concerts in 2009, before coming to the wider public’s attention when she won the prestigious Thelonious Monk Jazz Award just a year later. The prize included a recording contract with the Detroit based Mack Avenue Records.

Basing herself for the most part in New York City, she was soon gigging around the clubs in Lower Manhattan on a regular basis and recording her first, self-titled album for the Mack label along with Bonnel in 2013, closely followed the following year by the Grammy nominated Women Child on the same label.

This album featured Aaron Diehl on piano, Rodney Whitaker, bass and Herlin Riley, drums and began an almost telepathic relationship with the pianist, whose regular trio with Paul Sikivie and Lawrence Leathers have since become her partners for most live gigs and studio sessions.

The phenomenal success of this second album led to her sweeping the board in the 2014 Downbeat critics poll taking no less than four annual awards: Best Album, Rising Star, Jazz Artist and Female Vocalist.

She waited almost another two years before recording her third album, with the trio, For One To Love which included her very special takes on standards such as Wives And Lovers, The Trolley Song and Somethings Coming.

It was to win her the Grammy for the best vocal jazz album of 2016.

The double album Dreams And Daggers, mostly recorded at The Village Vanguard hit the record stores two years later, it won both the Grammy for Best album again and Record Of The Year once more in Downbeat.

For this date the trio was supplemented by a string quartet on some tracks which added even more body to the music which included a couple of Bob Dorough classics, Devil May Care and Nothing Like You.

Cecile’s performance on Frank Leosser’s Never Will I Marry was stunning, but even that was surpassed her rendering of Harlem renaissance poet Langston Hughes lyrics on Kurt Weill’s Somehow I Could Never Believe.

Could this be equalled was the question on everyone’s lips prior to the launch of her latest album to date, The Window, a duo recording featuring the piano and organ of Sullivan Fortner.

The pair had met and performed, somewhat by chance at Spike Wilner’s “Mezzrow” jazz lounge in Manhattan, a few years earlier and had immediately formed a close musical bond which is very evident on this recording.

Once again the Grammy for best Jazz Album Of The Year (2019) came Cecile’s way with stunning performances of songs such as Somewhere from West-Side Story, Richard Rogers classic 1962 Sweetest Sounds written for the musical No Strings and Rogers and Hammerstein’s Broadway hit The Gentleman Is A Dope.

With all this phenomenal recording success there was of course great demand for constant live performances.

Among the very many highlights gave been sell out weeks at New York’s Village Vanguard, London’s Ronnie Scott’s, numerous appearances at Dizzy’s in the Lincoln Centre, plus a sensational concert at the 2017 London Jazz Festival where the Guardian’s John Fordham remarked “flawless nonchalance at a treacherously difficult art comes axiomatic for this artist”.

The vocal style of this lady is very difficult to describe. Some say she is Ella, Billie and Sarah rolled into one.

The truth seems to be that mere words cannot justify either the depth of her performances or even the versatility of them. To some her phrasing at times seems so wrong that it is actually right, in the same way one could describe a piece by Thelonious Monk.

It seems crass to liken her way of delivering a lyric to any other jazz singers.

Backed into a corner, you may decide Betty Carter or Kurt Elling, but even that would somewhat demean her originality. The only way is to listen and watch and there are many opportunities as you may well have guessed.

There are regular streams on Cecile’s Facebook page, lots of information on her website, but most importantly an enormous collection of videos on You Tube.

The Woman To Woman Jazz Festival

Her trio set with The Aaron Diehl Trio at Dizzy’s

I have been a jazz fanatic since the age of fourteen (and that’s a long time ago !!). I have never had a paid job in the music industry, but have been very active within it for many years.

Currently my activities are writing for two magazines in the UK.

Jazzviews which is an online publication where I write album and live reviews alongside a regular column which has recently been re-titled ” Classic Albums”.

I also contribute monthly to Sussex Jazz Magazine where I often review up-and-coming bands under the title of “New Generation Jazz”.

I love the “Golden Era” of our music like Miles, Bird, Coltrane, Mingus etc etc, alongside the music of today from both sides of the Atlantic, plus jazz singers of all era’s and persuasions.

I am active on Facebook, where some of my posts can be found on the “jazz cd Lovers” and ” jazz vinyl club” group pages.

In the past I belonged to many jazz appreciation groups, some of which I have led and others that I have given talks to, illustrated by recordings and video.

I am very keen on jazz radio and had my own weekly programmes on a couple of local stations and guested on others.

My main wish however is to share the joy of this life affirming music with all people who have an interest in it, by whatever means.