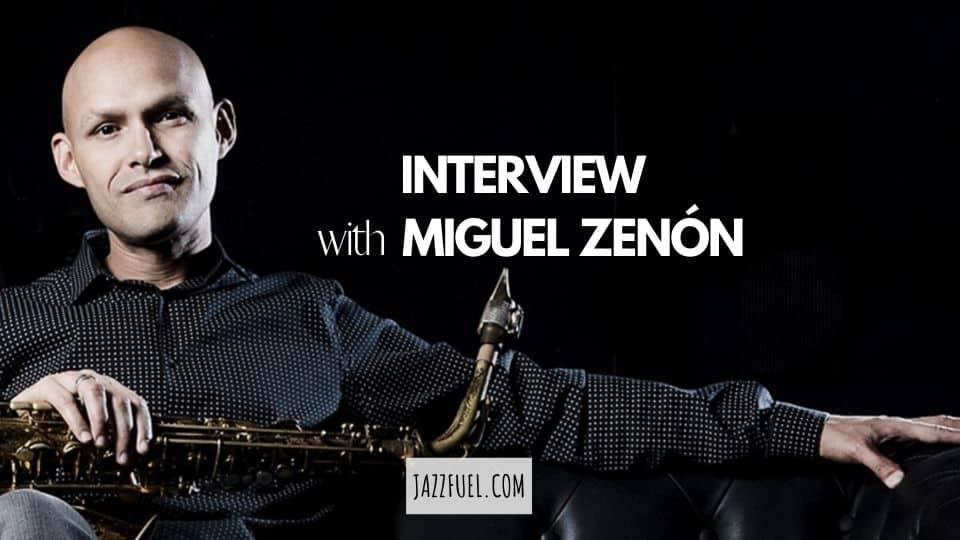 As you might expect from a musician who has successfully navigated the music industry for two decades, he has some great insight on what it takes to stay true to your artistic vision whilst also building a solid ‘business’ as a musician.

Miguel was awarded the coveted MacArthur Fellowship in 2008 (aka ‘The Genius Grant”) and his status as a cultural ambassador has been cemented via his project Caravana Cultural which gets young musicians in rural parts of Puerto Rico a headstart in music.

You’ll find the full interview (interspersed with some performance videos) below, but a couple of key takeaways we took from this:

Anyway, on to the full interview…! 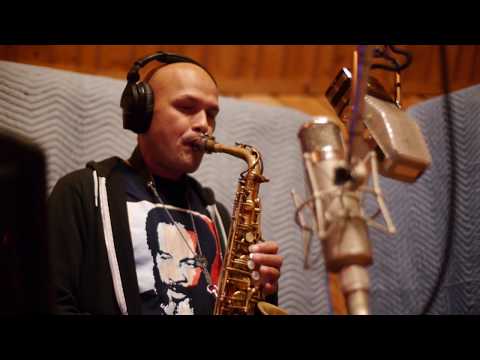 How would you describe the jazz scene in Puerto Rico?

The jazz scene in Puerto Rico has gone through many ups and downs over the last few decades.

There was a time (maybe a bit before my time) when there were many places to play jazz and musicians had more of a platform.

Unfortunately that’s not the case now and there are very few chances for jazz musicians there to perform in front of an audience that’s actually there to listen to the music (as opposed to playing in a restaurant or an outdoor performance; basically as background music).

Even the Puerto Rico Jazz Festival, which for more than 20 years presented some really great jazz in the island, stopped a few years ago and hasn’t come back since.

On the positive side there are two programs there that offer Bachelor’s degrees in jazz now (there weren’t any when I grew up), and you can find many super talented young jazz enthusiasts, all eager to learn and get better.

Hopefully an interest in jazz music will keep growing there, and more platforms will become available for musicians to perform and interact.

How did you end up becoming a professional jazz musician?

I discovered jazz in my teenage years and it literally changed the course of my life.

I became obsessed with understanding what this music was about, and that eventually brought me to the United States to study.

The thought of being a professional musician didn’t even cross my mind until I discovered jazz, and even going through college I wasn’t really sure about where things would end up regarding a music career.

I took it step by step and made sure that I was ready for when opportunities presented themselves, so that I could take advantage of those.

Little by little I realized that it was possible to do this for a living, and then took it from there.

I assume that your Caravana Cultural project is currently suspended due to covid. How did this project come about, and what was the feedback?

Yes, the project is on hold at the moment. Puerto Rico was devastated by two Hurricanes in 2017, and it took a while for the country’s infrastructure to get back up and running.

We actually had a concert scheduled for 2020, but had to postpone it because of the pandemic. Hopefully things will get back to some kind of normalcy sometime soon and we’ll be able to get things started back up.

The focus of the project is to emphasise the importance of new cultural experiences, something that I feel is essential in every society and should be available to all.

Each concert is preceded by a pre-concert talk, where we cover subjects like the history of Jazz, Improvisation, and the music and life of the artist being featured.

At the core of the project there there’s an educational element as well.

We invite a group of young musicians from each community to perform with us during the final piece of program.

After the performance we award a small grant to one of these young musicians (the grant is called ‘Beca Juan Tizol’) to help them pay for music lessons and purchase musical equipment.

This is definitely the most rewarding experience I’ve ever had as a musician, and I’m planning on continuing this project for as long as I can.

You have led many masterclasses all around the world. What’s your approach to jazz education and how well are conservatory’s doing with this in the 21st Century?

The concept of Jazz education is fairly new and it has changed a lot over a short period of time.

The experience I had going through college in the mid to late 90s is widely different than what students experience these days, because the world is different and what they have (and don’t have) available to them changes all the time.

Having said that, my approach when dealing with music students usually focuses on helping them identify weak points and deficiencies they might be struggling with, working along with them to find the tools that will help them achieve some type of progress.

Every single student has different needs and interests, so I take it case by case for the most part.

You’ve toured and recorded with many of the jazz greats. Are there any unifying traits that join these players (aside from brilliant music) as to how they developed such successful careers?

I’ve been lucky enough to get the chance to play with many of my heroes, and I can’t think of any other musical experience that has taught me more.

Of course, these are all amazing musicians, but I think the one quality that most of them share is their desire to get better.

It became clear to me that to these individuals it was not just about professional accomplishments, but about always striving to grow and find that next challenge.

You release via your own record label Miel Music, before that you were signed to Marsalis Music. What are the advantages and disadvantages of self-releasing?

I think the biggest advantage of releasing albums independently is the amount of control it provides.

It’s a lot of work, but I feel that if an artist has the financial flexibility to release their own albums independently it’s always a better option in the long run, both artistically and financially.

How does your ‘team’ look right now, and who was the first person who started working with you on the business side?

Aside from the guys from my Quartet (with whom I’ve been playing with over 20 years), I work with a Manager, Booking Agent, Publicist, Graphic Designer and IT Person.

I’ve been working with most of them for a long time.

In this day and age, and especially if you’re and independent artist, it’s very important to have a team that you can trust, so that you can focus on being creative and productive.

Can you pinpoint any moments in your career which really turbocharged things in terms of profile and demand?

Not really; the whole process has been slow, sort of step by step.

There have definitely been moments over time that have been significant and have opened some doors professionally and artistically, but all sort of in slow motion.

The one thing that I feel really helped recently, in terms of moving thing forward, is being more proactive about the business side of things.

That means delegating less and being more involved on the decisions being made.

How involved are you in the publicity side of things when releasing a new album? Any tips for DIY musicians on that front?

I am somewhat involved.

I manage all my social media personally and use it almost exclusively for publicity purposes.

But my tip for any musician out there is to find a good publicist, someone you trust and is well-liked and respected in the community.

By far the best business decision I’ve made is to bring a publicist into my “team.”

The difference has truly been night and day.

If you were just at the beginning of your career, fresh from music school, but with all experience you gained from the music business, what would you do first?

I would spend some time thinking about what I can offer artistically, what makes my vision unique.

This “Artistic Vision” is something we all have, but sometimes it takes a minute to get to that point.

Then I would put together a business team of people I know and trust, a group that can help me get to a place where I can turn my art into income.

I would also diversify my sources of income (touring, composing, teaching, producing, etc…), making sure it’s not all coming out of just one source. 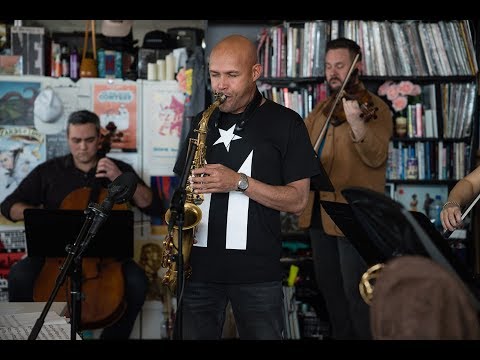 Big thanks to Miguel for taking the time to do this interview!

We’ve included his brief bio below and you can find out more or connect with him via his website or through his official Facebook page. He is also active on Bandcamp where you can find a lot of his releases.

Multiple Grammy Nominee and Guggenheim and MacArthur Fellow Miguel Zenón represents a select group of musicians who have masterfully balanced and blended the often contradictory poles of innovation and tradition.

Widely considered as one of the most groundbreaking and influential saxophonists and composers of his generation, he has also developed a unique voice as a conceptualist, concentrating his efforts on perfecting a fine mix between Jazz and his many musical influences.

Born and raised in San Juan, Puerto Rico, Zenón has built a distinguished career as a leader, releasing fourteen albums under his own name.

In addition, he has crafted his artistic identity by dividing his time equally between working with older jazz masters and the music’s younger innovators – irrespective of styles and genres.

The list of musicians Zenón has toured and/or recorded with includes:

As a composer he has been commissioned by SFJAZZ, The New York State Council for the Arts, Chamber Music America, NYO JAZZ, The Logan Center for The Arts, The Hyde Park Jazz Festival, The John Simon Guggenheim Foundation, MIT, Jazz Reach, Peak Performances, PRISM Quartet and many of his peers.