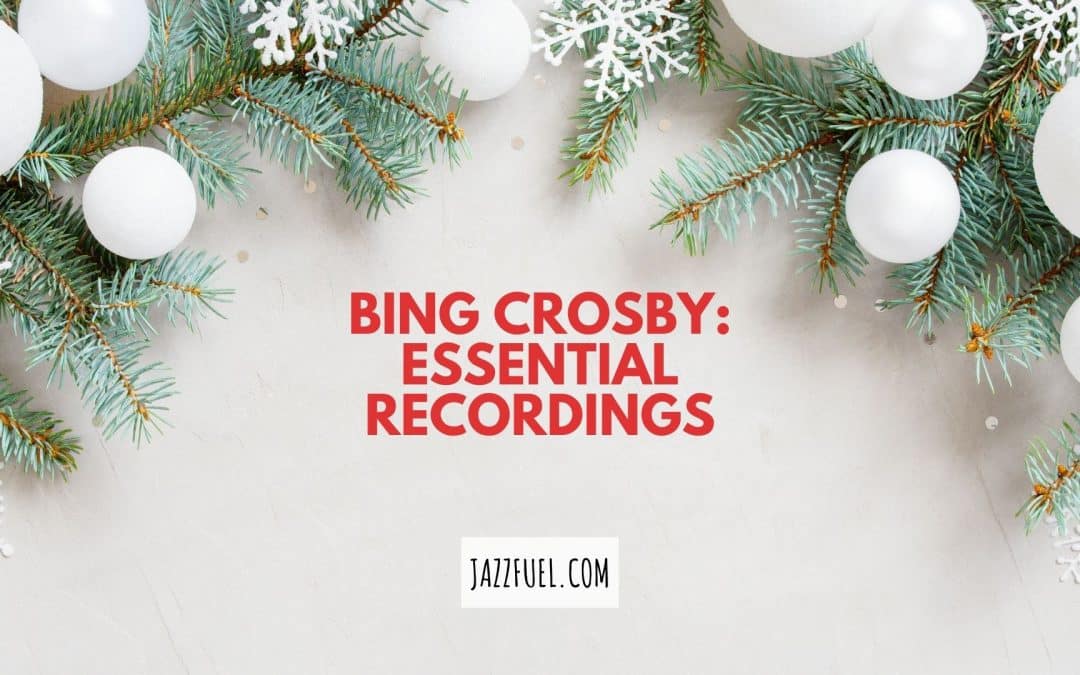 Although he started out as a straight-ahead jazz singer, Bing Crosby was an influential vocalist and crooner whose style, at various points in his career, also touched on country music, French song and rhythm & blues.

Perhaps most famous for his rendition of White Christmas, his discography contains many gems which we’ll look at in this article.

Bing Crosby‘s long-lasting career is a display of both versatility and flexibility which has seen him remain a fan-favourite long after his death.

With an American father (Harry Crosby) and an Irish-American mother (Kate Harrigan), he rose to prominence in the 30s and 40s.

Crosby’s voice became synonymous with Christmastime following his huge hit ‘White Christmas‘ in 1942 and the subsequent movie of the same name in which he starred.

It’s worth noting that the 33rpm long-playing form of record (which we now know as a regular album, or ‘LP’) had not been invented during Crosby’s heyday.

As such, many of the albums we mention here are compilations, put together from the double sided 78rpm disc singles he released.

‘Merry Christmas’ is a compilation album released via Decca Records.

Although discontinued, it is currently available as a disc and can be streamed as ‘White Christmas’ via MCA Records, a subsidiary of Universal Music Group.

Including the original release and all subsequent re-releases, the album has spent a total of 39 weeks at number one on the Billboard pop albums chart.

‘Merry Christmas’ contains all of the Christmastime jewels you would expect to hear, including the wonderfully joyful ‘Jingle Bells’, ‘Santa Claus is Comin’ to Town’, and ‘It’s Beginning To Look Like Christmas‘.

The album is most known for containing Crosby’s signature track, ‘White Christmas’, which is one of the best-selling singles of all time, with over 50 million copies worldwide.

Whilst this is the original recording, it was catapulted back into the spotlight in the 1954 Bing Crosby movie White Christmas, where the singer featured as Captain Bob Wallace alongside Danny Kaye, Rosemary Clooney and Vera-Ellen.

The movie is also notable for a host of other songs (now jazz standards) written by Irving Berlin.

‘Don’t Fence Me In’ is a compilation album, and features The Andrews Sisters assisting Crosby over a selection of songs recorded between 1940 and 1943.

The album predominantly features Country and Western songs, with the original LP cover boasting ‘Songs of the wide open spaces’.

The stand-out tracks on this album include one of Crosby’s biggest hits, ‘Pistol Packin’ Mama”, a song that managed to sell over a million copies.

Another widely known favourite from the album would be the titular ‘Don’t Fence Me In‘, a plodding, melancholic tune.

The band is elegantly subtle, and the entire song is full of soft restraint.

All in all, this a good listen for those unacquainted with some of Crosby’s more ‘cowboy’, American-Dream-style songs. 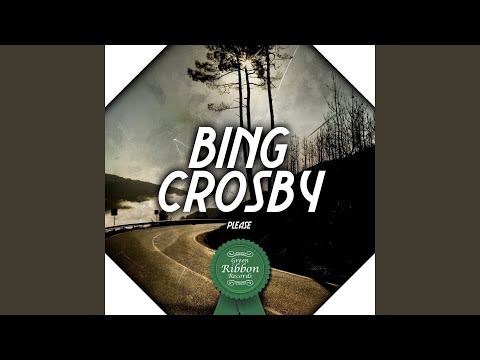 ‘A Musical Autobiography’ was an album Crosby recorded as a retrospective of his career, fresh off the heels of the idea he was to retire.

It is, in essence, a concept album.

Crosby, with multi-instrumentalist Buddy Cole and his Trio, went through the laborious exercise of re-recording dozens of his earlier songs.

The album also features narration from Crosby detailing the history of his career.

The entire album takes a trip through time, laced with nostalgia and known primarily for showing the world that Crosby still had his charm.

‘Bing Sings Whilst Bregman Swings‘ is most unique for being a drastic departure from Crosby’s usual style.

In fact, this was the first time that he recorded an album with an orchestra, similar to the crooners of the time (such as Frank Sinatra).

The album was his first outside of Decca records in over 20 years. A reviewer for Variety wrote “Bing Crosby‘s first wax trip away from Decca in more than 20 years is a happy musical excursion”.

Buddy Bregman hand-picked the orchestra and conducted them for the album:

“Bing was at the end of his long contract with Decca, and although he re-signed, it was on a non-exclusive basis, which meant he was free to record with whom he chose.”

Once again, Crosby shows just how capable he is at adapting to the times, whilst still maintaining his signature charm.

The album is a durable, unique, jaunty journey that ends with the iconic and intensely memorable ‘Jeepers Creepers.’

‘Bing with a Beat’ is Crosby’s seventh LP, and most notable for bringing the singer back to his roots in pleasant, swinging, swooning song.

The album is arguably the peak of the late Crosby’s albums.

The backdrop to Bing’s effortless style is provided by the charismatic and joyful Bob Scobey’s Frisco Band, and certainly lends to the success of the album, as you can almost feel how the band leads Crosby right into the pocket he shines in so brightly.

Variety stated that “Bob Scobey’s Frisco Jazz Band has put Bing Crosby in one of his happiest and swingiest vocal frames.” 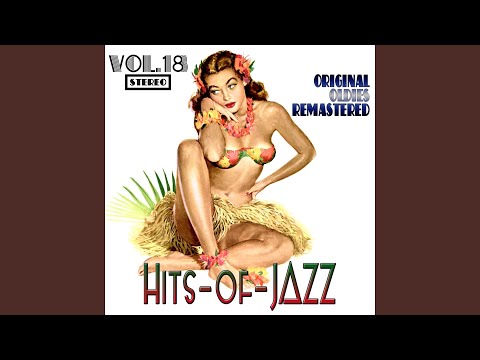 ‘His Legendary Years‘ is an all-around crash course in Bing Crosby.

This compilation album (released in 1993) covers Crosby’s career from 1931 through the 1957 and contains some of Crosby’s most notable work.

However, despite some selections, Crosby had, for the most part, strayed rather far from jazz by the end of the 1930s.

His phrasing was largely influenced by Louis Armstrong, something which endured long after his transition away from jazz. As such, this collection is still essential listening for fans of both jazz and Crosby in general.

If you’re looking for more great jazz singers, check out our round up of some of the most important vocalists in jazz history.

Our pick of the 50 most essential jazz albums also includes its fair share of singers!