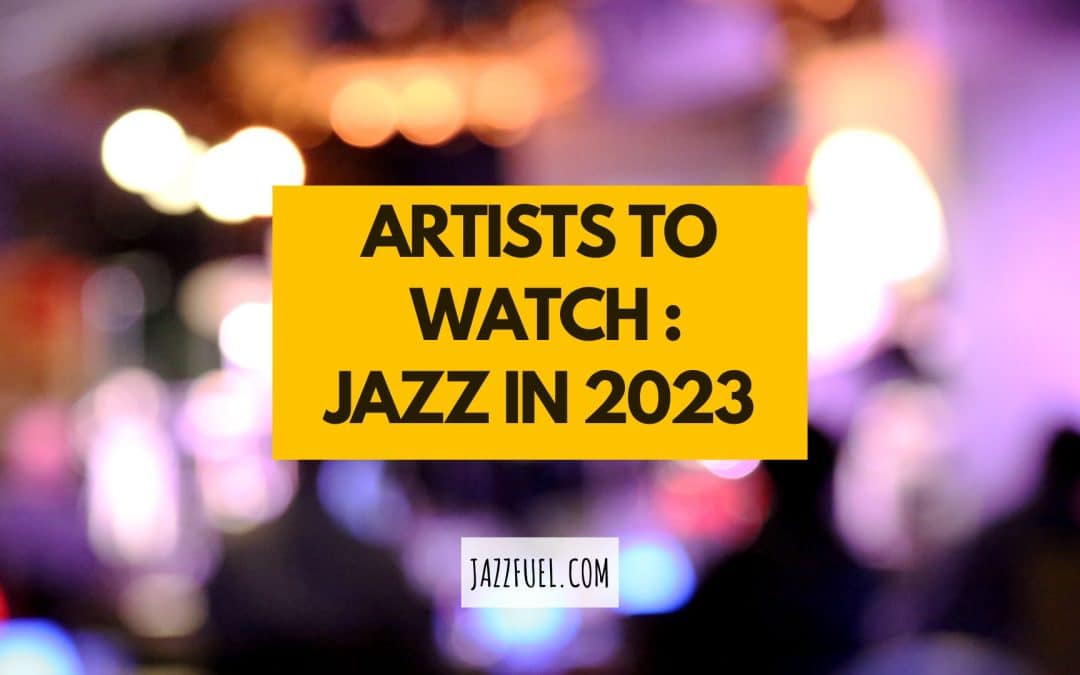 And, as we enter a new year and lots of new things are going on, live music is back, stronger than ever.

All these positive shifts also strengthen the music industry and new artists are coming up every day, keeping the scene vibrant, diverse and dynamic.

Before diving blindly into new releases, we asked club & festival promoters (who always have a great overview of what’s coming on the scene!) to share their latest discoveries with us…

Los Angeles based vocalist Tonina was raised in a family of musicians. Coming from a Black & Sicilian background, at an early age, she had the opportunity to immerse herself in a variety of music genres including funk, soul and jazz. With her outstanding mastery of song interpretation, beautiful voice and amazing talents, she graduated from Berklee College of Music.

And in no time she found herself some amazing gig opportunities like opening up for Lalah Hathaway and got herself in the festival circuit. With her latest album “Senti” released in 2022, she brings a fresh breeze to jazz music, putting her individuality in her own interpretations.

“Tonina is a Los Angeles-based vocalist, bassist, and songwriter from St. Louis, Missouri who performs her original music along with her Spanish, English, and Italian cover arrangements. One of Barack’s Obama favorite upcoming artists. Billboard says about her: “Tonina brings a throaty, jazzy, syncopated vibe to her readings of Latin covers and beyond. A sultry, intriguing voice that floats effortlessly over the beats, evocative of Billie Holiday, she commands that kind of pull.”  – Maxwell Wright 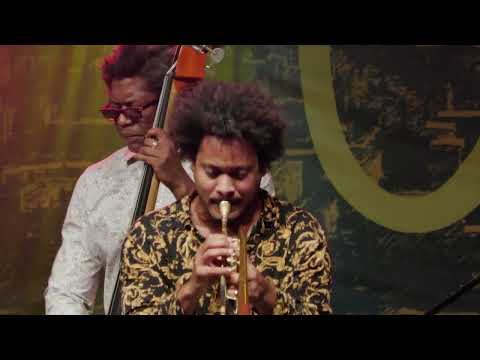 Awarded 3 Grammy awards for his collaborations, the Cuban composer & trumpet virtuoso Carlos Sarduy quickly has become one of the forces of nature in the Latin Jazz scene. Working with legends like Chucho Valdes, David Murray, Steve Coleman and Esperanza Spalding, Carlos Sarduy positions himself as Latin Jazz’s newest power house to watch out for.

“As per Carlos Sarduy, multiple awarded Latin Grammy artist, he is considered one of the most influential Latin-Jazz trumpeters of today. Collaborations range from Esperanza Spalding, to Los Van Van, Concha Buika, Horacio el Negro, and Chucho and Bebo Valdés, just to name a few. “ Maxwell Wright

One of the freshest voices in the UK Jazz scene, London-based multi-instrumentalist Donna Thompson released her debut EP “Something True” in 2022, and managed to get a lot of admiration from the music press, showcasing her amazing technique and songwriting skills.

“”Donna Thompson’s debut EP on PRAH Recordings this year has been a blessed discovery of absolute beauty. Her songs are captivating and heartfelt and tied to everyday life and the universe. Truly sublime, cosmic jazz, with a fusion of R&B and soul. Her live show is a powerfully emotive experience, as she creates an intimate space with her incredible drumming and singing. It is hypnotic and cool and she makes it seem so effortless!” Ian Crawford 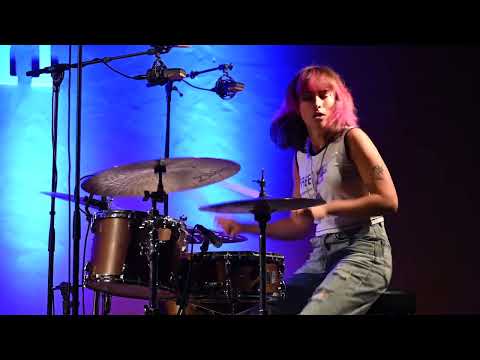 21 year old jazz sensation Roni Kaspi, first gained a lot of attention when she started touring with Avishai Cohen this year for the Shifting Sands album, showcasing her amazing energetic drum skills & asymmetrical playing patterns. Picked up as one of the freshest talents, Roni Kaspi is now working on her debut album and we’re very excited to hear more.

“Fresh out of the Berklee College of Music, Roni Kaspi known mostly as Avishai Cohen Trio’s drummer, is working on her own trio debut which will be released in 2023. She has a great jazz technique and punk energy which is combined with indie pop, hip-hop, Middle Eastern influences and warm, soft vocals. At the age of just twenty one Roni is an exceptional talent that seems to have not only a lot to say, but also something very fresh and new.” – Jarek Kowal

One of Germany’s freshest piano players, Felix Hauptmann, started to get acclaim in his adolescent years, receiving many awards like Deutschland Studio Prize & European Jazz Award. After winning the best soloist prize back in 2015, Felix Hauptmann released his “Percussion” album in 2022 and put himself in the map as one of the up and coming stars of the Jazz scene.

“Felix Hauptmann piano, Roger Kintopf upright bass and Leif Berger drums, define the art of piano trio in a surprisingly fresh and new approach. The compositions are so complex but yet as free floating that it sounds like free improvised. In fact the band was working their asses off during covid lockdowns and you can hear it in every note they play.” Alfred Vogel 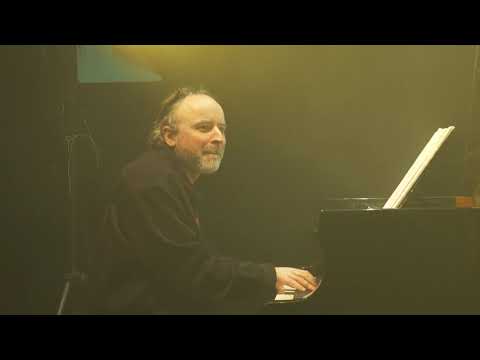 Young guitar player Eliott Knuets, showed the signs of a child prodigy, when he first started playing guitar at the age of six. In time, developing his passion for jazz, he started training with Peter Hertmans and Bert Cools, and even had the opportunity to jam with Wynton Marsalis when he was 16. In 2021, he released his debut album with a strong line up including his mentor Peter Hertmans.

“Young and gifted, this Belgian guitar player. Still only 18 years old, fulfilled all expectations with his virtuoso and fresh guitar playing. Learning it from the greatest in the world. Very open to new ideas and always an eye open to learn and to improve.” Danny Theuwis 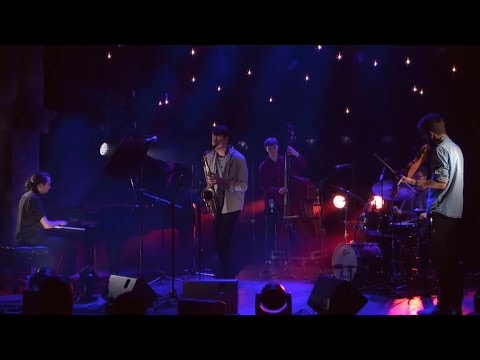 Glasgow based young saxophonist and composer Matt Carmichael, is heralded by BBC Music Magazine as “a distinctive new voice in a crowded scene” with his signature style of playing that mixes jazz with folk music. Following his debut album “Where will the river flow”, he released his second album “Marram” in 2022, showcasing his unique and innovative take on today’s jazz music.

Experimental jazz outfit from Switzerland, Sc’ööf, can be categorized as an avant-garde jazz band that is not afraid of going to uncharted territories when it comes to art & music. With their adventurous and subversive style, they’re definitely here to disrupt jazz music as we know it. 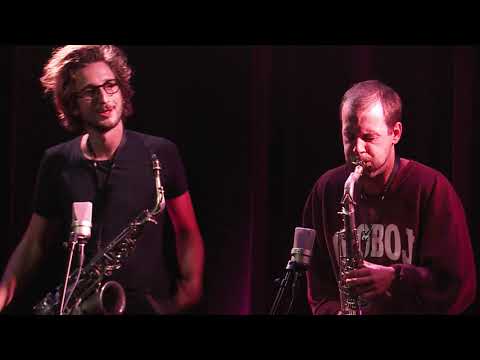 Thanks for reading!
What are *your* picks for 2023? Let us know in the comments section…

Isil Kilkis is a music industry professional, booking agent and radio personality from Istanbul. She was the main booker for Babylon Club Istanbul, Akbank Jazz Festival, One Love, Cappadox and Red Bull Music Festival, spanning a career of almost 20 years in the music business including content marketing & PR, specialized in different genres like jazz, electronic, afro-beat and contemporary music.