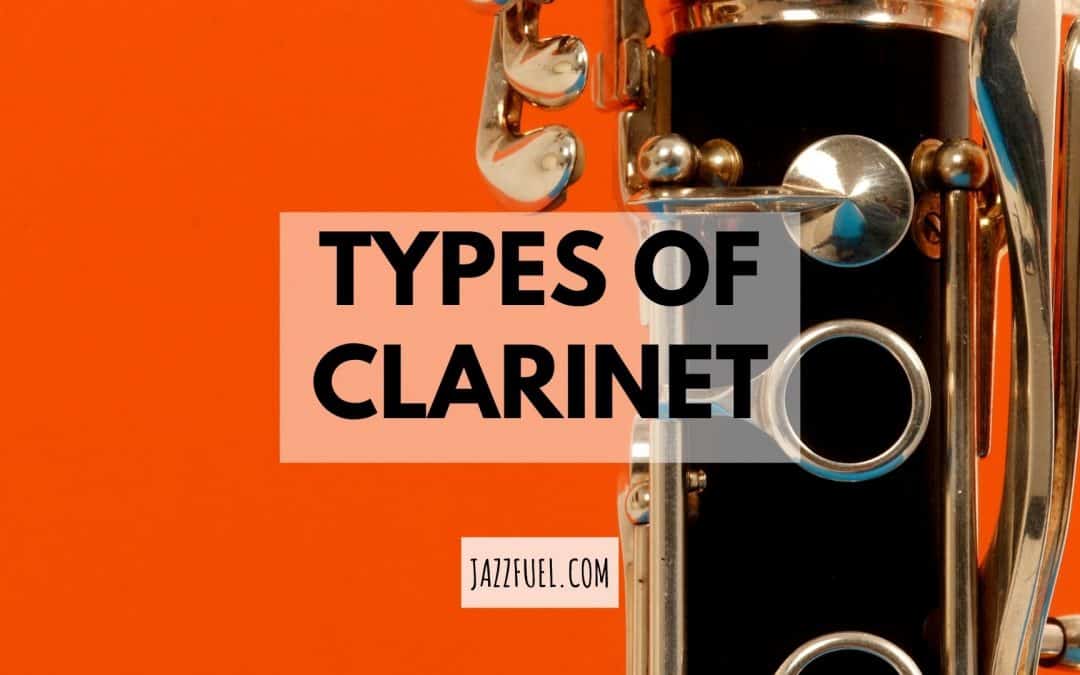 We’ve already taken a look at the many wind instruments out there, so in this guide we’re going to focus on the different types of clarinets.

From the common members to the rare and obscure ones, here’s everything you need to know about the clarinet family!

The clarinet evolved from a simpler instrument called the “chalumeau” and the first musical works written for it appear at the end of the Baroque period.

However, the clarinets of that time looked very different from our modern versions.

All clarinets, like saxophones, are transposing instruments. This means that even though the finger placement and reading of notes is the same, each instrument will sound in a different key and a different range.

Most clarinets have a reading range that extends from low E below the staff to high C above the staff. Advanced players are able to play into the altissimo register, which can extend the range up to an octave higher.

A professional clarinetist can have a range of approximately four octaves, depending on the clarinet.

Which Musical Instrument Family Does the Clarinet Belong To?

The clarinet belongs to the woodwind family.

To be considered a clarinet, the instrument must have a single reed (like a saxophone), and must have a cylindrical bore (like a flute).

Historically, they were made out of wood, but today you can find clarinets made out of all types of wood, plastic, and even metal.

5 Most Common Types of Clarinets

The Eb Sopranino Clarinet is a tiny version of the more common Bb Soprano Clarinet. It is very high pitched and can be hard to keep in tune.

This E flat clarinet can often be found in orchestral music and concert band music, but rarely anywhere else.

The most common clarinet by far, is the Bb ‘Soprano’ Clarinet. It’s the clarinet most students start on and can be found in nearly any musical setting, from classical to jazz and even indie rock.

Although the saxophone is usually thought to be synonymous with Jazz music, the clarinet had a very important role in the music’s early development.

On the very first jazz recording released in 1917 by the Original Dixieland Jass Band, there are no saxophones, but you can hear Larry Shield’s clarinet loud and clear. 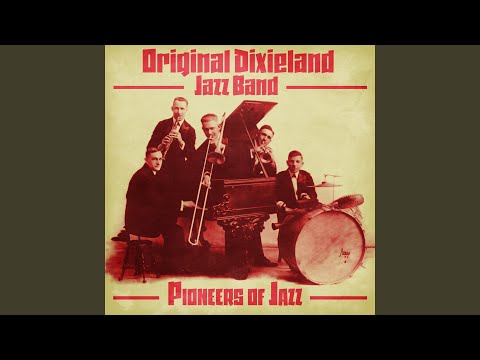 From the early days through the swing era, the clarinet held an important place in jazz groups. Many great clarinetists even led their own bands, the most famous being Benny Goodman.

After the swing bands started to fade away, the clarinet fell out of favour with players. But there were still clarinetists who attempted to bring the instrument into more modern jazz styles.

Buddy DeFranco is one of the pioneering musicians who brought the clarinet into the bebop world. Jimmy Giuffre, with his unique and airy sound, took the clarinet and brought it to the cool, west coast jazz style.

Today, the jazz clarinet has again been growing in popularity, with virtuosic modern players like Eddie Daniels, Anat Cohen, Ken Peplowski, Victor Goines, and many more.

If you use Spotify, you can find an extensive playlist of old and new jazz clarinetists here:

Almost identical to the Bb Soprano Clarinet, the A Soprano Clarinet is pitched just a half step below. It is used almost exclusively in orchestral works, especially those of the classical period.

The Eb Alto Clarinet is lower and longer, with some models extending the range down a half step to low Eb. It uses a curved metal neck and bell that replace the top and bottom of the clarinet.

This makes the shape look somewhat like a saxophone. It is rarely heard outside of orchestral or concert band repertoire.

The Bb Bass Clarinet sounds an octave below the Bb Soprano Clarinet, with most models extending the range down to a low Eb, and some down to a low C.

It also incorporates the use of a bent metal neck and bell. The Bass Clarinet is the second most common clarinet after the Bb Soprano Clarinet. It is often found in concert bands, pit orchestras, symphony orchestras, and occasionally even jazz groups.

Perhaps the most famous example is saxophonist Eric Dolphy’s use of the bass clarinet on his ground breaking album, “Out There” – although we rounded up a selection of 10 essential bass clarinet players for you to discover. 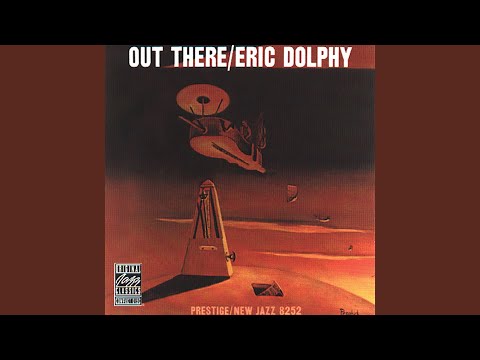 The amount of clarinets that have existed is almost too numerous to count. There have been many experimental clarinets, and many “extinct” clarinets that are no longer in production.

Many composers wrote for clarinets in a variety of keys. Most of these clarinets are no longer available and are considered “obsolete.”

Musicians usually take the music written for clarinets in “obsolete” keys and transpose it to play on other clarinets. Below is a list of unique and rare clarinets that you can still find in production, if you look hard enough.

The Ab Piccolo Clarinet is the highest member of the clarinet family. Occasionally written for in concert band music, it is rarely, if ever, seen in music today.

The D clarinet is nearly identical to the Eb Sopranino Clarinet except, as you might have guessed, half step lower. It’s very rarely seen.

There was plenty written for the C Soprano Clarinet in the Classical period, but it is rarely seen today.

The Basset Clarinet is a unique instrument that is usually pitched in A.

It’s almost identical to the A Soprano Clarinet, except it is longer and it’s range extends down to a low C.

This instrument is rare and usually only appears in orchestral settings. Music historians argue that Mozart’s famous Clarinet Concerto was originally written for the Basset Clarinet in A. 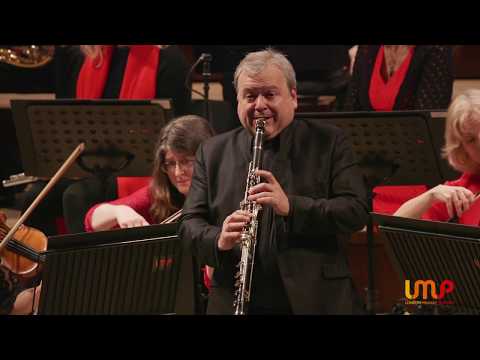 The Clarinet d’Amour is an almost mythical instrument.

It is usually pitched in G, although (like many clarinets) it has been made in other keys as well.

The most noticeable difference is the presence of a globular shaped “bell” at the end of the instrument. This globular bell gives the G Clarinet d’Amour a softer, sweeter sound.

Mostly relegated to music history books, there has been a push in recent years to resurrect this beautiful instrument.

Like it’s sibling the Basset Clarinet, the Basset Horn extends the normal range of the clarinet down to a low C. It is usually pitched in F and modern versions look similar to the Alto Clarinet, with a curved neck and bell, except longer.

This instrument is rare and usually only appears in orchestral settings.

This Eb Clarinet is pitched an octave below the Eb Alto Clarinet. The size and length needed to reach the low notes requires one of two designs.

The first one looks similar to a Bass Clarinet, but is so long that one has to stand to play it. The second one wraps the clarinet‘s body in a big loop so that it looks like a “paperclip.”

The E flat Contralto Clarinet is occasionally found in orchestral or concert band music, but rarely anywhere else.

The Bb Contrabass Clarinet is pitched an octave below a Bb Bass Clarinet. Like the Contralto, it can be seen in the straight or “paperclip” design.

It is the lowest commercially available member of the clarinet family, although lower experimental instruments exist.

It is rarely seen outside of orchestral or concert band music, although it has made appearances in experimental groups and with jazz musicians, most notably with Anthony Braxton. 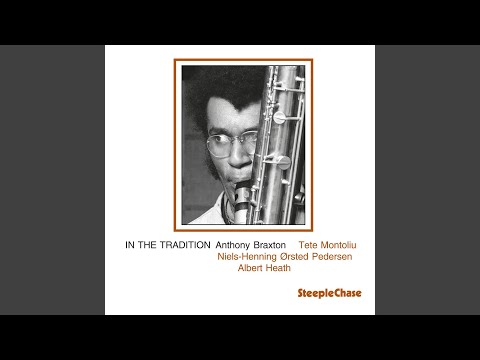 A manufacturer can build any of the clarinet sizes/shapes listed above with any one of these systems.

However, the difference between systems is great enough that a musician who learned on one cannot easily play another without significant study.

Although he had no involvement in the construction of the modern clarinet, his work and design inspired those who did. Clarinetist Hyacinthe Klosé and instrument maker August Buffet Jeune took Boehm’s design, modified it, and applied to the clarinet.

Today, most clarinets used in Western Europe and North America use the Boehm system.

Developed by Oskar Oehler in the early 1900s, this system has more keys than the Boehm system does. It is used in Germany and Austria, but rarely seen anywhere else.

It is sometimes referred to as the “German” system.

This system was developed by instrument maker Eugène Albert in the mid 1800’s. It has slightly less keys than the Boehm system, and has rollers on some keys like a saxophone.

It was popular for a while in North America during the early 1900s before giving way to the Boehm system. Some traditional jazz clarinetists, like Evan Christopher, still use the Albert system, and it is still found in Eastern Europe and the Middle East. 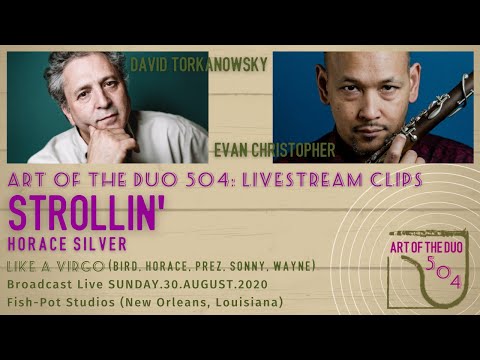 The Tárogató is an instrument that looks incredibly similar to the clarinet. It is made of wood and it has a single reed, BUT it has a conical bore like a saxophone, as opposed to a cylindrical bore.

This small difference means it is not a true clarinet.

The modern Tarogato was invented by Vencel Jozsef Schunda in Budapest, Hungary in the 1890s.

It is very rarely seen outside of Hungary and Romania where it is used as a folk instrument, however a few jazz musicians have taken an interest in it.

Saxophonists Joe Lovano and Charles Lloyd have both used it on numerous occasions.

Thanks for reading and we hope this has shed some light on the topic!

And, lastly, if you’re looking to hear a bunch of different types of clarinets in action at the same time, check out this video of a full clarinet choir! 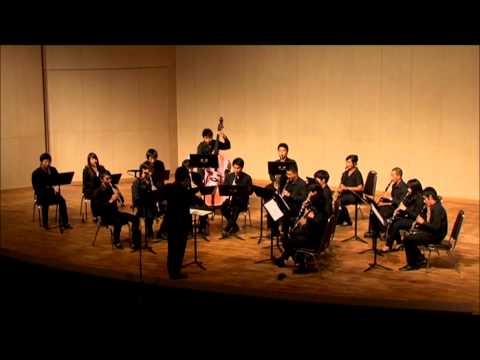 Adam Price is a clarinetist and multi-instrumentalist, educator, and world traveler. You can learn more about his music and adventures via adampricemusic.com