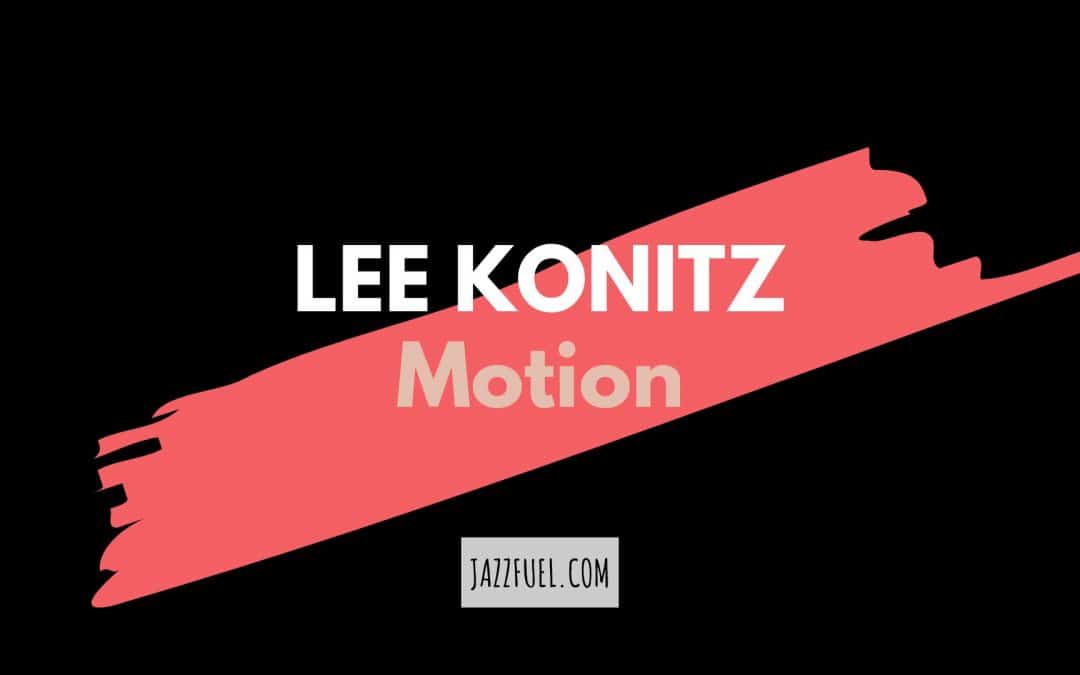 One of the most influential saxophonists to emerge from Lennie Tristano’s ‘cool school’ of improvisation, saxophonist Lee Konitz cuts a lonely figure in the history of jazz.

In this article, we review his groundbreaking record “Motion” from 1961.

So unique was his sound and phrasing, and so focused was his musical vision and philosophy that he attracted many imitators but no real descendants.

As soon as the critics could pigeon hole him he was off on another tangent, but whatever context he found himself he was always readily identifiable and very much his own man.

Although he would play various members of the saxophone family at one time or another, he was primarily an alto player. Coming of age as a musician in the 1940’s it would seem that Konitz’s greatest achievement was not to fall under the spell of Charlie Parker, who was the all-pervading influence, especially for saxophonists, at the time.

The new music spearheaded by Charlie Parker and his associates in the clubs around 52nd Street was gathering momentum, as recordings became more readily available, the music was spreading fast.

Born on October 13, 1927, Konitz was seven years Parker’s junior but rather plunge head first into bebop, the young altoist was gathering his musical knowledge and tools from a very different source.

Initially influenced by Benny Goodman, the young Konitz took up the clarinet and taking classical lessons before coming under the spell of Lester Young. This prompted a switch from clarinet to tenor saxophone before settling on the alto.

From here on in, the saxophonists influences would be encompass many styles of the music from the big band saxophone and brass players from Johnny Hodges, Benny Carter, Willie Smith and Roy Eldridge, also citing Louis Armstrong as a major inspiration.

In 1946 he met the pianist, Lennie Tristano with who he studied.

Tristano’s playing was very centered on the intellectual side of the music, and would believe in the purity of the line and integrity of the improvisation above emotional content or over sentimentality.

This school of thought also greatly influenced the tenor saxophonist Warne Marsh with whom Konitz would also record frequently over the years, however the altoist’s playing was considerably warmer.

Around this time, Lee Konitz also began playing with the Claude Thornhill Orchestra which brought him into the orbit of baritonist and composer, Gerry Mulligan and arranger, Gil Evans who were responsible for the cool sound of the Thornhill band.

This association would also bring into contact with an equally young Miles Davis who with Mulligan and Evans formed a small rehearsal band that would ultimately become known as, and record under the name of The Birth Of The Cool.

Although critically acclaimed, the Birth Of Cool Nonet was commercially unviable , and in the early fifties Konitz joined Stan Kenton’s Orchestra while continuing to perform and record as a leader in his own right.

During the fifties there would be a series of notable recordings with Mulligan and Chet Baker, as well as with Warne Marsh, and the British bass player, Peter Ind; all of which had the altoist’s signature sound.

Konitz was also beginning to favour the standard repertoire from which source the material to base his improvisations, and this concept of having a relatively small library from which to draw but was known intimately allowed the saxophonist a great deal of freedom in performance.

Playing the same tunes on a regular basis meant that the saxophonist was so familiar with the chords and structure of the tune that he could take the music anywhere he wished, and never appeared to get caught out with a glib phrase, or trapped in a harmonic “cul de sac.”

The story of Motion

This freedom within chordal structures was given its ultimate test in what to become one of the most surprising albums of his career to date, and would be hailed as classic in modern jazz when he was to enter the studio in August 1961 to record a trio album with bassist, Sonny Dallas and Elvin Jones on drums.

Up until this point, Konitz had always favoured drummers with a light and unobtrusive presence.

Elvin Jones was making waves as a member of the John Coltrane Quartet, and the cornerstone of the Coltrane’s music was Jones’ high energy, polyrhythmic drumming.

A master of his craft Elvin Jones appeared to be the least obvious choice of drummer for Konitz. With Coltrane the drummer was pushing the rhythmic element of the music as far as he could within the framework of an identifiable and countable metre.

His polyrhythmic finesse owed much to African drumming, and after Jones’s departure from the group the only option left open to Trane was multiple drummers playing without a fixed metre or pulse. When placed in this context, the partnership of Konitz and Jones seems even more unlikely.

The resulting album, Motion, did not show how much Konitz could adapt or change to meet the demands of other musicians but rather how robust his concept was when bringing different players within his orbit. 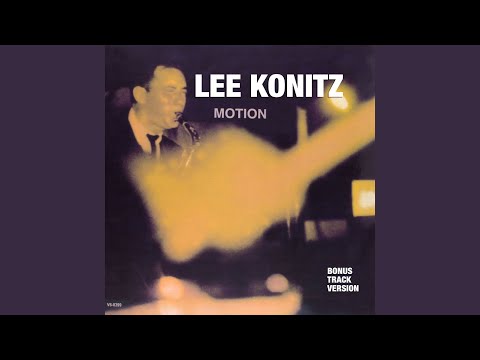 The session yielded five tracks that would be issued on the original LP, all standards, and proof that familiar material could, in the hands of a master improviser, be moulded into new and exciting music each time they were performed.

Kicking off with ‘I Remember You’ the tune is quickly and summarily as if to get to the real source of inspiration. With Sonny Dallas anchoring things down with his solid time and firm tone on bass, Konitz and Jones enter a wonderful dialogue.

Jones’ patterns are ever shifting, yet the altoist sits doggedly on top of the wave of percussion as his lines weave his melodic improvisation.

By contrast, Konitz takes an altogether different route on ‘All Of Me’ with a much more forceful approach to the theme and his ensuing solo. 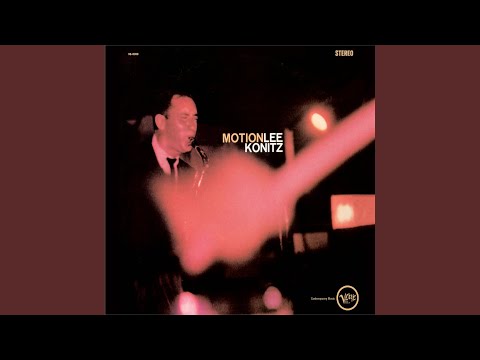 Jones’ drum solo on this title matches the altoist for sheer invention, ad the two trading phrases is a masterclass in listening and responding to another in the spur of the moment.

Konitz’s control off his sound and the timbre of the alto, and his use of dynamics is seamless and wholly effective.

‘Foolin’ You’ that follows provides some much needed relief from the  tension that had built up on the preceding track, but once again the ante is upped with an up-tempo and engaging ‘You’d Be So Nice To Come Home To’.

The ideas coming tumbling out of the alto and Konitz cleverly varies the length of his lines from the long and flowing to shorter curt statements.

Closing with ‘I’ll Remember April’, alto and drums once again use the melody to quickly go off on a flight of fancy, held down by the ever reliable and quietly inventive Dallas.

A tune that apparently gave the trio some initial difficulties and required more than one take to get down, this is another highly original reading of a tune that has been become an evergreen in the jazz cannon, but in the hands of these masters reveals new delights.

If Jones and Konitz were such unlikely  or even incompatible partners, one is hard pushed to name another drummer who was able to provide the lift and support that Elvin  does on this outstanding album.