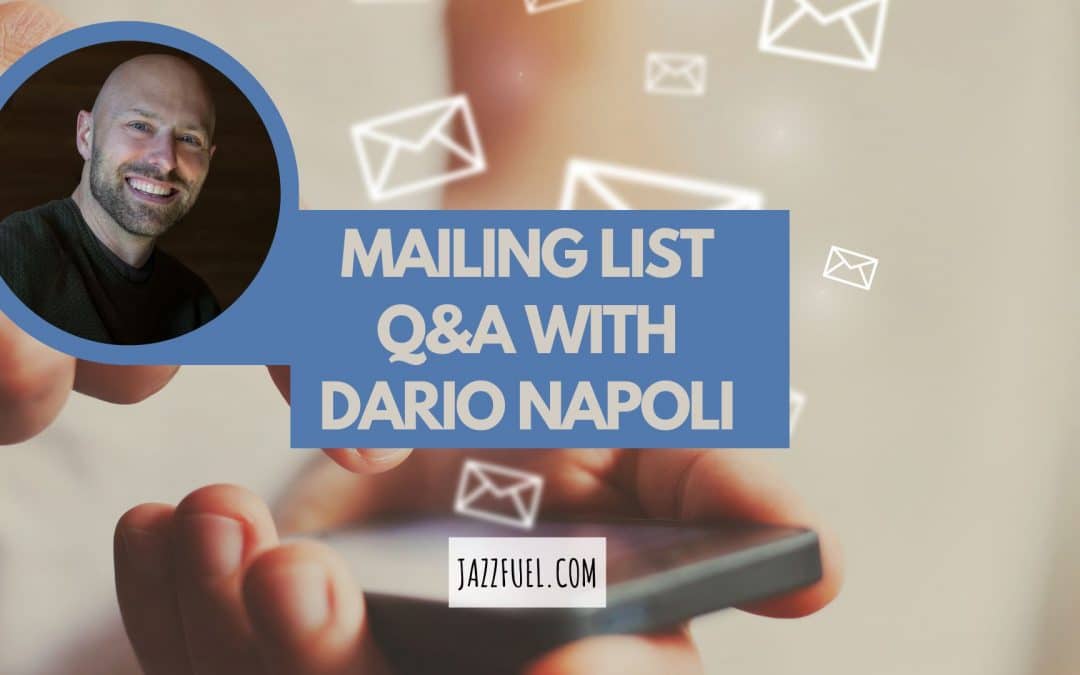 Despite being one of the most direct ways to engage with fans and motivate them to support you as a musician, a newsletter is often an under-loved area of the career.

As someone who is hyper-alert to those bucking the trend, I wanted to share this short interview with Italian guitarist Dario Napoli who I’ve seen over the last few years not just grow his newsletter with consistent mailings, but also use that attention to translate into tour promotion and sales for his summer guitar camp.

As always, feel free to use the comments section at the end or dive into our other articles and guides on the topic of the musician newsletter.

Hi Dario, can you tell us a little bit about yourself?

My name is Dario Napoli, guitarist, based in Milan, Italy. I grew up outside of Italy (Argentina, Colombia, Iran, Canada, U.S., France) until the age of 12 due to my father’s occupation, then we moved to Milan and I spent my high school year there before heading to college to New Orleans on a tennis Division I scholarship.

I began playing guitar around 8 years old, but only more seriously around 12, learning (or trying to) by ear for the first 3/4 years of my journey.

Like most western guitarists in the 90s, my greatest influences were blues and rock guitarists, everything from Eric Clapton and Stevie Ray Vaughn to Joe Satriani and Steve Vai.

Gradually I started warming up to fusion music, listening to the likes of Pat Metheny, Frank Gambale, Weather Report, and then to players such as George Benson, Wes Montgomery, Joe Pass, as well as Charlie Parker, Sonny Rollins, Miles Davis and many more.

By the time I went to college in New Orleans, I was a jazz enthusiast, with lots of desire to learn, but splitting my time between music and athletics, primarily tennis but also basketball and soccer.

The love for Django Reinhardt came after college but was one of the main reasons I decided to move back to Europe. This allowed me to befriend and learn from many of the current legends of the genre, such as Fapy Lafertin, Wawau Adler, Lollo Meier, Stochelo Rosenberg and many more.

Diving into the world of Django Reinhardt felt like starting over, as the technique is completely different than the one used by electric guitarists, although the years of standard jazz helped immensely in learning the repertoire and understand the phrasing.

After a few years of intense study, I formed my own project and have dedicated all my time and effort in making music my profession full time.

Today I’m best known as a gypsy jazz and jazz guitarist, and have been active internationally in the scene for a little over a decade, having recorded 5 solo albums and a several other collaboration releases.

In this period I have also had the pleasure to perform at some of the most prestigious jazz and gypsy jazz festivals around the world, to name a few: Cully Jazzfest, JazzMi, Torino Jazz Festival, Valdarno Jazz Festival, Pisa Jazz, Perigord Noir, Django in June Festival, Djangofollies Brussels, Django Amsterdam, Djangofestivalen Oslo, Django Hyllar Malmo, Django Legacy at Liverpool Philarmonic, and many more.

How long have you been focused on building a mailing list and at what point are you now?

I would say I’ve been focused on building a mailing list for about 6/7 year at this point.

What kind of software do you use for your newsletter and any connected marketing?

It’s a mix between offering some strategic perks, in my case over the years primarily transcriptions, as well as “catching” them at my live performances, where people seem more eager to stay in touch and follow.

What’s your tip for a musician who has not yet started building their list?

I would say, realize that an email list is the closest tier that you want followers to be in, where they will likely be most receptive to any new thing you come up with, recording, product, anything.

Identify what the fans of your music are mostly into, look for ways to deliver that which they most seek and then cultivate the relationship.

How have you noticed the impact of email marketing compared to social media?

Yes, without a doubt. Again, with social media often it’s hit or miss, but on an email list most of the people signing up, if you’ve done a good job, will be receptive to what to what you come up with, even if they might not always answer or respond directly.

Do you segment your audience in any way?

Pretty much, education/instructional material and then the music, myself as an artist

How frequently do you send your newsletter and what sort of engagement do you get?

What are your newsletter goals for the next 12 months?

Honestly, my goal is to continue being consistent with the emails at a rate of 2 per month. 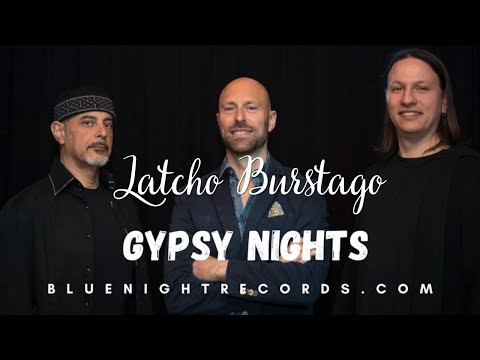 While his path in jazz began in New Orleans and his musical upbringing is rooted in blues, rock and modern jazz, over the last decade, Italian guitarist and composer Dario Napoli has built an international reputation in the world of gypsy jazz.

He’s presented his Modern Manouche project at some of the world’s most renowned festivals, at both straight ‘jazz’ events as well as many of those built around the legacy of Django Reinhardt (Django Amsterdam, Django Legacy at Liverpool Philarmonic, Djangofolllies, Django in June, Djangofestivalen Oslo, Cully Jazz Fest, Pisa Jazz, Torino Jazz Fest, JazzMi, to name a handful).

Dario’s 5th album ‘Gypsy Nights’ has been released in October of 2022, building on his style, which in the words Francis Couvreaux of Django Station, “Dario combines sound, elegance, virtuosity without excess along with the fun of playing”.

Although Dario has shared the stages with all the giants of the genre, from Stochelo Rosenberg to Robin Nolan, the greatest thrill comes from performing his own compositions in his Modern Manouche Project which features electric bassist Tonino De Sensi and Tommaso Papini on rhythm guitar.

Infusing modern sounds and arrangements and seeking to balance virtuosic execution with melody and original composition is at the core of the project, just as was for Django Reinhardt in his era.

Besides performing, Dario has extensive experience teaching, both privately and in groups, and he hosts every year several camps, such as the ‘Under the Tuscan Sun’ gypsy jazz camp and the ‘Lausanne gypsy jazz camp’, multiple day workshops centered around both individual development as well as group play between with focus on guitar, violin and bass.