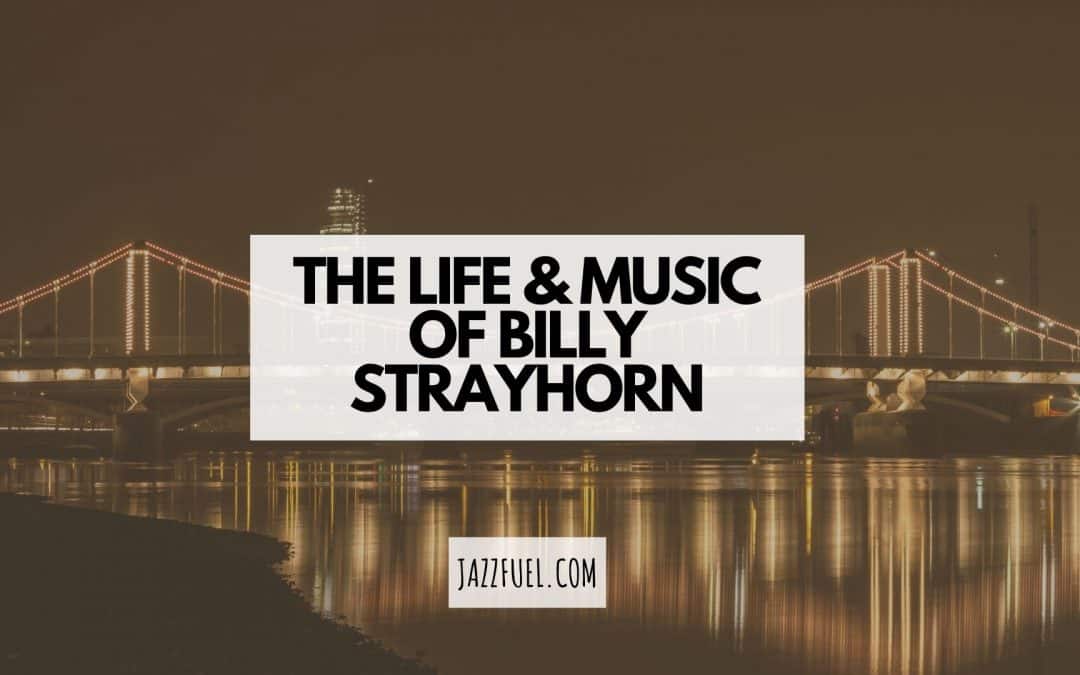 With songs such as Lush Life, Chelsea Bridge and Take The ‘A’ Train, Billy Strayhorn was one of the most talented composers, arrangers and lyricists of the 20th century.

To the general public, though, he was often close to invisible and so we take a trip into the life and music of the American jazz great.

Billy Strayhorn chose to live his life in the employment and shadow of Duke Ellington, never really having a solo career of his own.

A gay male who wanted to live as openly as he pleased, Strayhorn knew that having a public career would leave him open to ridicule, harassment and hardships.

Because he was a great admirer of Ellington and composed in a similar style, becoming part of Duke’s world was a safety net for him.

While he may have been a bit frustrated when some of his compositions were thought of as Ellington works, in general he flourished in that setting.

Since his death (and the publication of David Haidu’s definitive Strayhorn biography Lush Life), he has finally been recognized for his many contributions to jazz music.

William Thomas Strayhorn was born on Nov. 29, 1915 in Dayton, Ohio. His family soon moved to Pittsburgh and he also spent time living at his grandparent’s house in Hillsborough, North Carolina.

He originally played piano by ear to his grandparent’s records. Back in Pittsburgh, Strayhorn played piano in his school band, and had classical lessons with a private teacher and at the Pittsburgh Music Institute.

While a teenager, he wrote a musical or his high school, led a trio that performed regularly on a daily radio show, and composed the music and lyrics for such originals as the very sophisticated “Life Is Lonely” (which would be renamed “Lush Life“), “Something To Live For,” and “My Little Brown Book.” 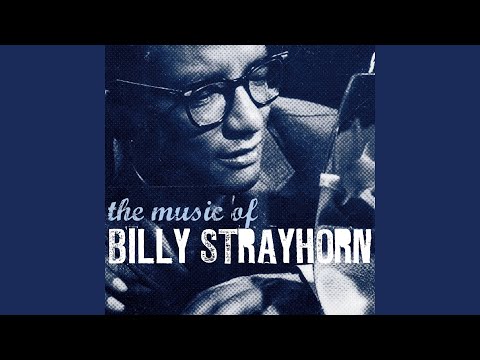 When he was 19, he wrote the music for the musical Fantastic Rhythm and for the first time heard such jazz pianists as Art Tatum and Teddy Wilson. Strayhorn gained experience working with a local small group, the Mad Hatters, and he wrote arrangements for a dance orchestra led by Buddy Malone.

All of this was a prelude to meeting Duke Ellington in Dec. 1938.

Strayhorn had actually first seen the Ellington Orchestra perform in 1933.

When he finally crossed paths with Duke, they talked about music. Strayhorn played some of his compositions for Ellington who immediately recognized his talent. The bandleader suggested that they meet up again when the orchestra was in New York city.

While riding the New York subway on his way to see Ellington a few months later, Strayhorn composed “Take The ‘A’ Train.” When he played what would become Duke’s new theme song (replacing “East St. Louis Toodle-oo”), Ellington was so impressed that he immediately hired Strayhorn as an arranger and composer.

While this may seem a bit strange since Ellington was his own band’s arranger-composer, he had so much work that he was happy to have a skilled assistant who could help him fulfil some of his assignments.

The relationship between Duke Ellington and Billy Strayhorn evolved through the years while always seeming a little mysterious. While they continued composing independently of each other, quite often Ellington would write most of an original and then have Strayhorn complete it.

Sometimes when Strayhorn submitted a new piece, Ellington would add to the composition. Since they had similar writing styles, it was rarely obvious who composed what.

While Ellington was quick to publicly praise Strayhorn and he always gave him credit for “Take The ‘A’ Train,” some of Strayhorn’s works were so closely associated with Duke that Ellington was thought of as its composer.

At first in 1939 Billy Strayhorn wrote the arrangements for some of the small-group dates led by Ellington sidemen, most notably Johnny Hodges, Cootie Williams and Barney Bigard.

He made his recording debut with Hodges on Feb. 27, 1939, accompanying singer Jean Eldridge on his track “Something To Live For.” 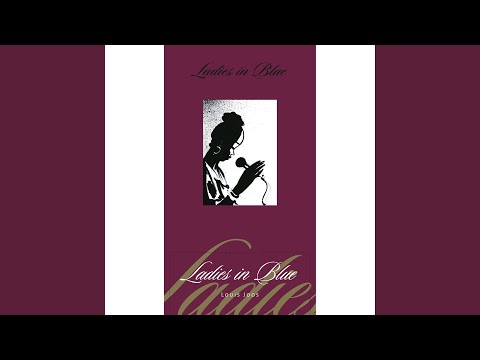 Strayhorn first recorded with the Ellington band on Duke’s “Weely (A Portrait Of Billy Strayhorn)” later in the year, and he collaborated with Duke on the popular “I’m Checkin’ Out, Goom Bye.”

Strayhorn also occasionally subbed for Duke on record dates, playing piano with the full orchestra on Herb Jeffries’ hit “Flamingo,” “Rocks In My Bed,” and the original recordings of his compositions “Chelsea Bridge,” “Raincheck” “My Little Brown Book” (playing celeste) and “Johnny Come Lately” during 1941-42.

While Strayhorn’s piano playing fit in well, it was so similar to Ellington’s style as to be little noticed.

However his compositions from the era, which also included “Take The ‘A’ Train,” “A Flower Is A Lovesome Thing,” “Day Dream,” “Just A-Sittin’ and A-Rockin’,” and “Passion Flower,” were impossible to overlook.

Strayhorn’s consistently inventive writing inspired Ellington to compose equally significant works. The result was that many historians ended up considering the 1939-42 Duke Ellington Orchestra to be the finest edition of his band and one that recorded one gem after another. 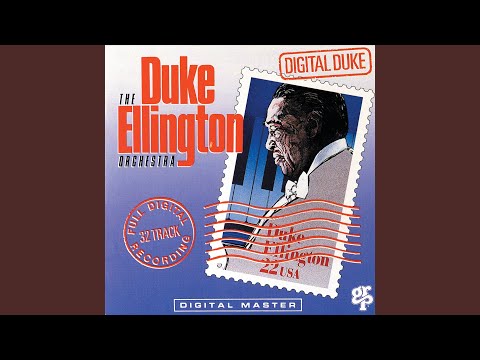 Billy Strayhorn continued collaborating with Ellington and contributing compositions for the next 25 years.

He wrote around 150 songs in his life and among his other notable originals were “Ballad For Very Tired And Sad Lotus Eaters,” “Blues In Orbit,” “Boo-Dah,” “Flippant Flurry,” “The Intimacy Of The Blues,” “Kissing Bug,” “Lotus Blossom,” “Multicolored Blue,” and “Upper Manhattan Medical Group.”

As Duke began emphasizing multi-themed suites in the 1950s, Strayhorn often wrote part of the works. Best-known is his classic ballad “Isfahan” which was originally part of “The Far East Suite.”

Strayhorn made surprisingly few recordings in his life and nearly all were with Ellington and his sidemen.

He occasionally guested with the Ellington band for a song or two on sessions into the 1960s.

Outside of Ellington’s world, Strayhorn recorded a few titles in 1955 with Lena Horne and Carmen McRae (“Something To Live For“). 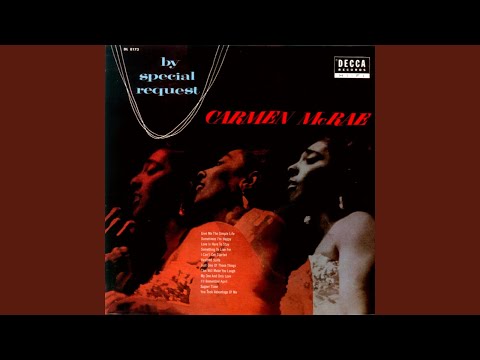 Under his own name Strayhorn recorded eight selections from 1950 with a trio that that also includes Ellington on second piano and a bassist, and just two albums.

1961’s The Peaceful Side Of Billy Strayhorn has him joined by bassist Michel Gaudry, a string quartet and, on three numbers a vocal group.

He performs his own compositions including solo piano versions of “Strange Feeling” and “Chelsea Bridge.”

A fascinating posthumous collection of music from 1965 called Lush Life includes combo performances, three piano solos, and a unique version of “Lush Life” with the composer taking the vocal.

While Strayhorn occasionally had projects away from Ellington including work in the theater, he always came back in time to work with Duke on various projects including their version of “The Nutcracker Suite” and the film Paris Blues.

In 1964 Strayhorn was diagnosed with esophageal cancer which was caused by his long-time heavy smoking.

His health gradually went downhill from that point and his last composition was the emotional “Blood Count.”

Duke Ellington soon recorded the classic album “…And His Mother Called Him Bill” in tribute to his longtime musical partner.

From that point on he often concluded concerts by performing Strayhorn’s “Lotus Blossom” as a quietly emotional piano solo in memory of his irreplaceable collaborator.

Thanks for reading! Looking for more Strayhorn? See if you can spot how many of his tunes feature on the best jazz albums of all time…

Scott Yanow is a jazz journalist and historian who has written 12 books including Afro-Cuban Jazz and his most recent one, Life Through The Eyes Of A Jazz Journalist – My Jazz Memoir. He’s penned over 900 liner notes and reputedly reviewed more jazz recordings than anyone in history, including for magazines including Downbeat, Jazziz, the NYC Jazz Record, the Los Angeles Jazz Scene and Syncopated Times.