A Guide to Jazz Clubs in Fresno, California (2021) 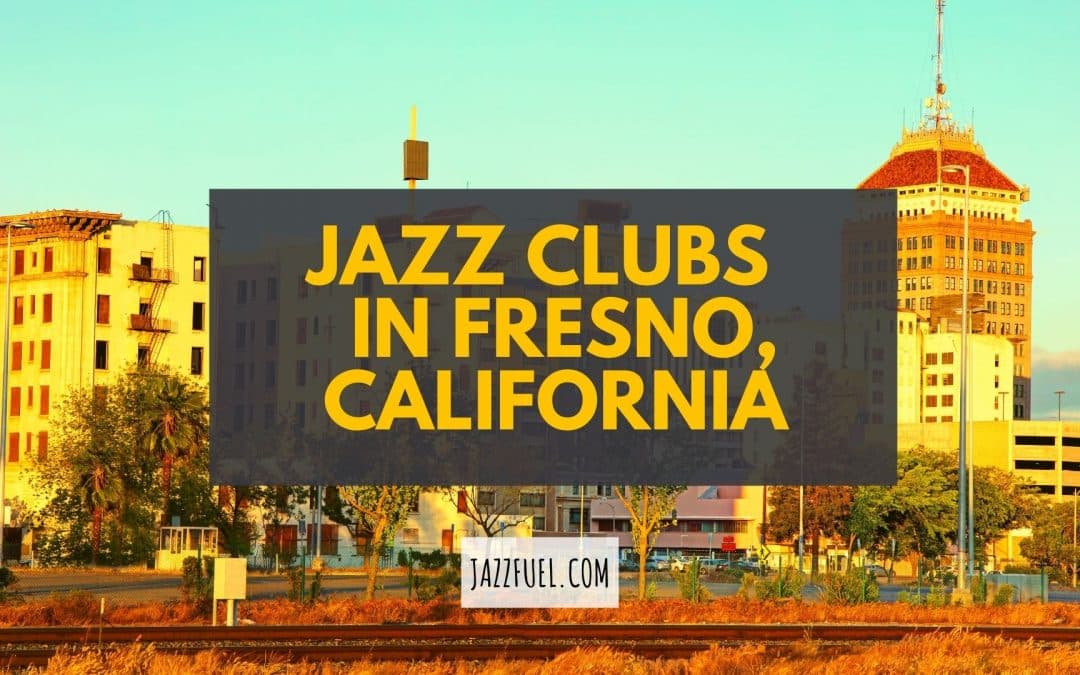 Fresno’s music prospect may not be as well-known as that of the Bay Area to the west, but it can still attract well-known artists and there is a network of local jazz musicians as well who keep the scene alive! Read on for some of the best venues and jazz clubs in Fresno.

About a century ago, in New Orleans, African, Caribbean and European Americans came together to produce a sound that was unique to the United States. Although musicians from New Orleans are credited with inventing the style, the word jazz is thought to have originated in California.

The word was coined in the Los Angeles Times in 1912 when a baseball player boasted about his “jazz ball,” which was so unstable that no one could hit it. ‘Jazz’ soon began to appear in San Francisco newspapers in the context of sports before it became connected to music.

Meanwhile, New Orleans was cultivating the daring performance style for at least a decade before it was dubbed jazz. California would later establish itself as one of the main hubs for jazz, especially during the 1950s and 60s when the West Coast sound developed.

Fresno has a flourishing jazz scene with various festivals taking place throughout town. Here is a guide to the best jazz clubs in Fresno.

Best Clubs to Listen to Jazz in Fresno CA

The historic Tower District venues in Fresno showcase performances by some of the San Joaquin Valley’s most outstanding performers like AC Miles, The Freznenz, Suite 121 and Ruben Hurtado.

Lucy Lounge, which opened in 2017, is elegant but unpretentious, located in the centre of the Tower District. It is Fresno’s first specialised cocktail club with live blues and jazz musicians performing seven nights a week.

Lucy’s Lounge’s founders sought out to establish an environment and atmosphere similar to that seen in larger cities but keeping the individuality of a neighbourhood pub. This should be your go-to place if you’re looking for top-quality live jazz washed down with a great selection of wine, classic cocktails or artisan beer

Lucy’s Lounge is the kind of place where you can bring an old pal or a first date, but it’s also a great place to visit on your own. Take a seat at the bar, at a top table or in one of their private and comfortable booths and enjoy some of the town’s best live music in a warm and inviting atmosphere.

In September 1956, the Tokyo Garden restaurant on Fulton Street in Fresno, California, opened its doors.

Tokyo Garden, a Fresno institution, debuted about sixty years ago and is home to the city’s longest-running music night which began in 2003.

Although karaoke is a must-do at this classical Japanese eatery and bar, the jazz performances are the main attraction.

Fulton 55 is Fresno’s biggest live music venue with a capacity of 500 people and a floor area of 7,500 square feet.

Its size has drawn big-name artists like Royal Canoe, Coast Jumper, and Fierce Creatures, but Fulton 55 isn’t only for hip-hop fans. The programming is eclectic, with a healthy dose of jazz, soul and blues on offer. Keep an eye out on their website to keep up to date with their forthcoming shows.

This venue is named after Joe Strummer, the iconic vocalist of The Clash, which indicates the type of music that is performed here. Punk and rock are the main genres on offer but there is also a great selection of music with a jazz inflection like samba, bachata and more.

There are a variety of drinks to pick from and a weekly rotating selection of microbrews on tap. It is a standard size music venue that features live music, DJs, samba and bachata dance nights, acrobatics, and other events.

The Standard is the ideal spot for a post-work drink, a romantic dinner for two or a gathering with friends. It’s a bar and restaurant above all else but it is also known for showcasing live jazz.

The Standard Restaurant and Lounge in Fresno, which opened in 2008, is known for its VIP service, champagne menu and musical performances from local jazz musicians.

Looking for more jazz venues on the West Coast. We’ve provided a roundup of the best spots in San Jose and San Francisco so be sure to check them out!