Sax-a-Boom | Everything You Need To Kow! 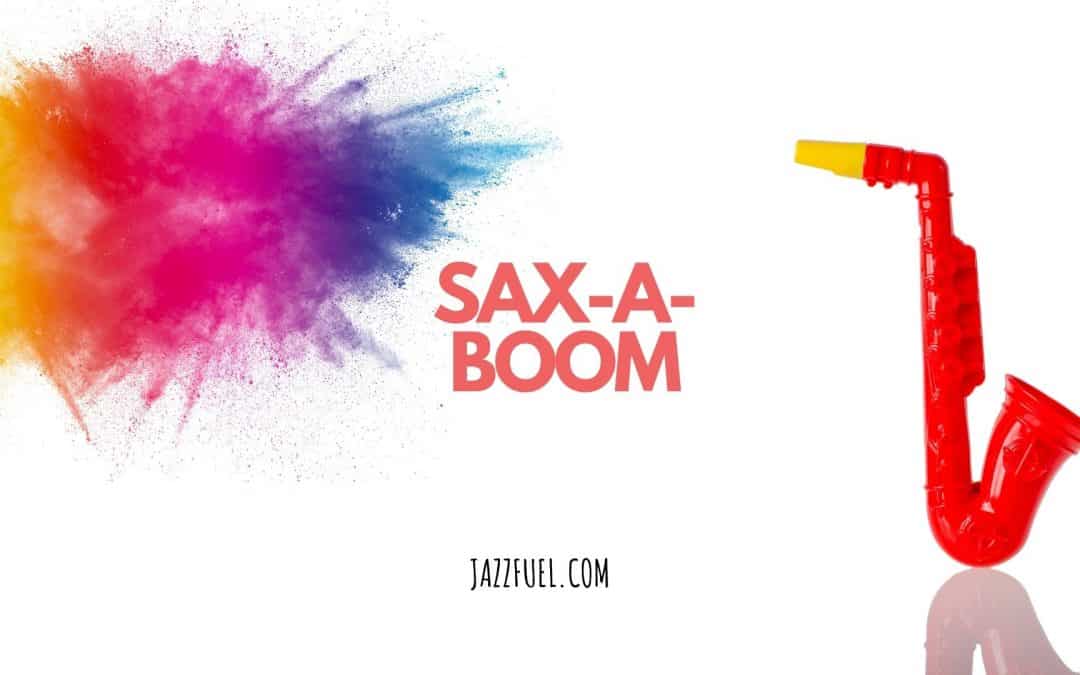 At live Tenacious D shows, Jack Black often brings out his legendary Sax a Boom, a childrens toy instrument that features a musical loop on each of its eight buttons. Since Black popularised the toy it has become a sought after collectable meaning finding a Sax-a-Boom for sale is not an easy task.

This unique and rare alto saxophone-shaped toy instrument includes pre-recorded, surprisingly cool licks and a range of backing tracks. The numerous licks are played by pressing the buttons on the front, which you can mix and match to create a thumping sax sound.

Despite its ‘Kawasaki’ branding, the instrument has nothing to do with the Kawasaki Motors Corporation. DSI Products had the official license to create Kawasaki-branded toy automobiles, which applied to many of their other toys.

The Sax-a-Boom was developed in the late 1990s by Shoot the Moon II LLC and produced by DSI Toys Inc, but it was discontinued not long after making it tricky to find a Sax-a-Boom for sale today.

The history of the Sax-a-Boom and Jack Black

Since Jack Black first brought his Sax-a-Boom on stage at a live Tenacious D concert, the toy has become a treasured collectable.

The legendary status of the music-making machine only grew after the actor and musician was handed a Sax-a-Boom by surprise during an interview in 2018. He proceeded to offer a masterclass in musical comedy with a hilarious performance backed by Fallon’s house band The Roots.

Jack Black’s performance with his toy Sax-A-Boom is now one of the most viewed video clips of Jimmy Fallon’s Tonight Show and it’s easy to see why! 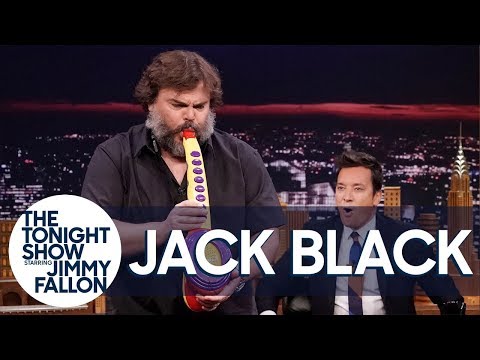 Where can you find a Sax-a-Boom for sale?

Production of the Sax-a-Boom came to an end in the early 2000s so you won’t find the item in a toy store. The best way to find a Sax-a-Boom for sale is to keep a keen eye on eBay and similar pre-owned websites.

The item in good condition on eBay will likely set you back more than $100 with some even going for upwards of $300. Prices go up and down so if you check regularly you may be able to find a bargain

Or, rather than buy a toy sax, why not spend $300 on a real saxophone? They’re way more versatile! Check out our beginner’s guide to the saxophone or check out our list of the best alto saxophones for beginners.