The Best Trombones For Jazz… And Who Plays Them 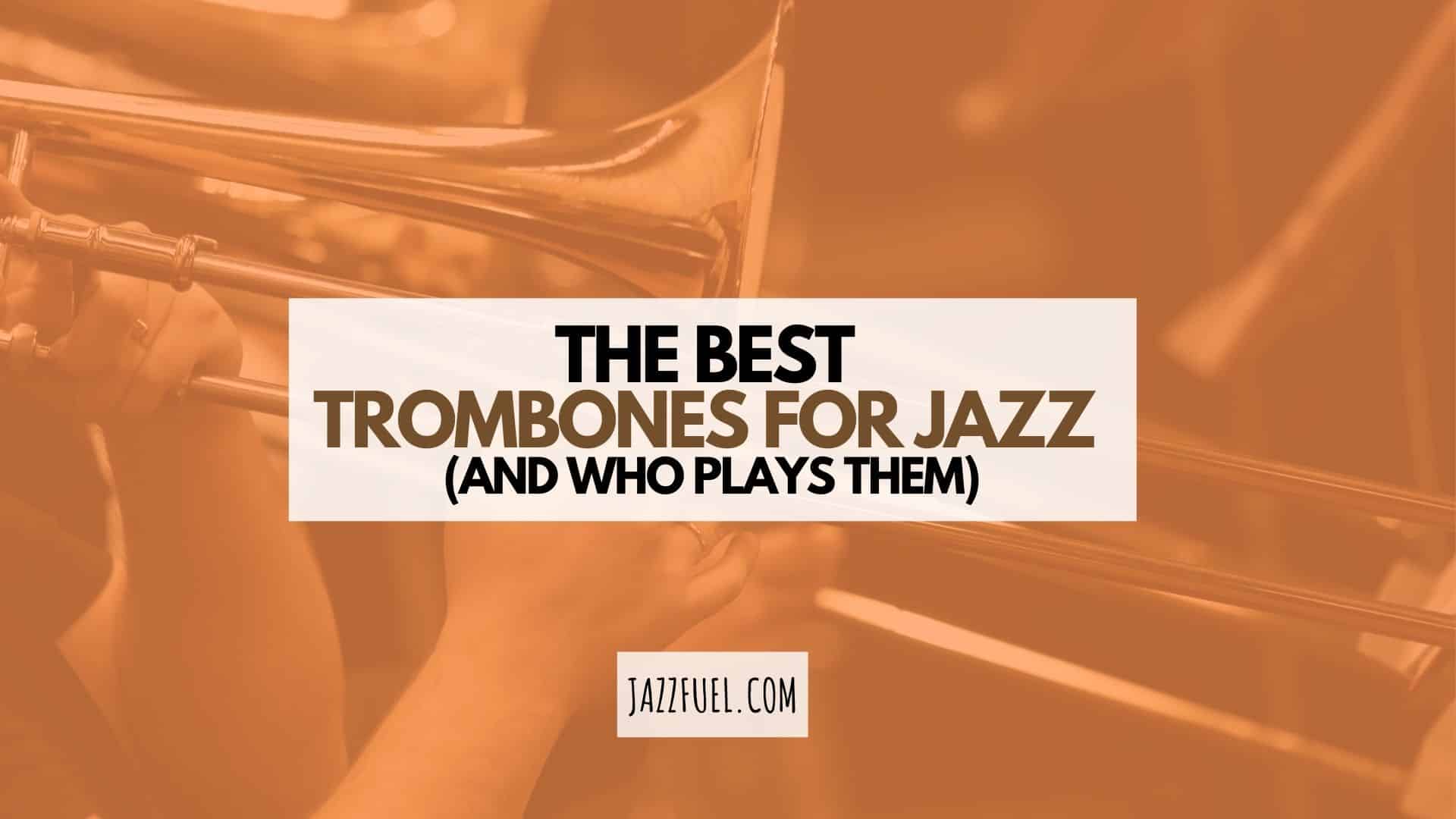 The trombone is a highly distinctive musical instrument from the brass family which has been a central part of jazz music for more than 100 years now!

In this article we enlist some expert help to look at the best jazz trombones you can buy today, as well as who played them.

As you might expect, trombone design and technique has changed during that time, from its early involvement in traditional ‘New Orleans’ jazz, through to its use in big bands, bebop and beyond.

There are many factors which can affect your sound and style as a trombone player, and which instrument you use is an important one!

For this article, we’ve enlisted the help of Swiss trombonist Simon Petermann to run through the key considerations when choosing a trombone for jazz – and to look at the set-ups of several famous jazz trombone players around the world.

Whilst it might not be the most famous instrument nowadays, the trombone has been ever-present in jazz since the very beginning.

In the early ages of jazz history, the trombone was featured in pretty much every band, often alongside the clarinet.

In fact, on the very first jazz record “Livery Stable Blues” from the Original Dixieland Jass Band, the frontline consisted of cornet, trombone and clarinet. 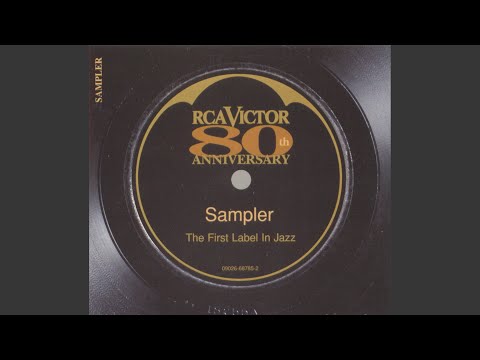 With the rise of bebop, where players challenged themselves to exceed each other in playing fast chromatic lines, saxophones and trumpets had an advantage over the rather archaic mechanics of the trombone.

But perhaps due to its warm, unmatched sound, the trombone kept his place at the forefront of many styles of jazz.

In fact, just think of a big band: how would a sax section and a trumpet section sound without a proper trombone section? A great example of why the trombone is at the very heart of many jazz groups.

So for this article, we’ve rounded up the key considerations to keep in mind when buying a trombone for jazz, and picked seven well known trombonists to demonstrate their personal choices of trombone manufacturer and model.

What instruments did the famous jazz trombone players use?

J.J. Johnson was the first musician to establish the trombone as a jazz instrument which can play bebop.

Much loved for his brilliant phrasing and huge sound, Miles Davis reportedly refused to solo after J. J. Johnson because he couldn’t compete with his big, warm sound.

Throughout most of his career, J.J. Johnson played a King 3B – an instrument which has maintained itself status as the classic choice of jazz trombone to this very day.

Although Wycliffe Gordon’s main instrument is the trombone, he is widely known for playing all instruments of the brass family from trumpet to sousaphone.

Besides being an outstanding performer, Gordon has made himself a name as ambassador for jazz all over the world and is part of the Jazz at Lincoln Center programme.

When it comes to jazz trombone, Wycliffe plays a Yamaha Custom Z – YSL-891Z, for which he was part of the design team, making this a real musicians choice.

Steve Turre made his breakthrough with Ray Charles in the early 1970s and has been at the forefront of modern jazz trombone ever since.

Slightly usually, though, his trombone has a large bore horn and no F-Attachment.

Conrad Herwig is a Grammy-nominated jazz trombone player based in New York.

He has more than 20 albums under his name as a bandleader and has played and recorded with all time jazz greats including Miles Davis, Joe Henderson and Frank Sinatra.

Josh Roseman is a modern jazz trombone player active on the New York scene whose discography includes work with Dave Holland, John Zorn, The Roots and the Brooklyn Funk Essentials, to name just a few.

S. E. Shires are actually most popular amongst classical players, with New York Philharmonic principal Joseph Alessi having developed his own custom model, but they also make smaller horns that are perfect for jazz and latin music.

Every trombone made by S.E. Shires is highly customisable, so it’s worth checking out all the options they offer. As such, there’s no specific model, just a set of options.

Bart van Lier is a dutch trombone player who is well known on the European jazz scene, as well as for his work as teacher at universities in the Netherlands and in Germany.

Winner of the 2015 International Trombone Association Award for his outstanding work for worldwide trombone playing, he was given the Order of the Netherlands Lion in 2017 for his work in the field of music and education.

In terms of his set up, he developed a signature trombone with Kühnl & Hoyer from Germany.

As a smaller, lighter horn, it’s perfect for playing lead in big bands or to cut through in a larger latin jazz horn section.

Trombone Shorty burst onto the scene as a child prodigy who performed with Winton Marsalis when he was just 13 years old.

Now, however, he’s cemented his place as one of the most popular jazz trombone players of the 21st century, with his album Backatown (2010) nominated as Best Contemporary Jazz Album at the Grammy Awards.

Alongside his work as a bandleader, he’s been part of all-star horn sections for artists mainstream greats such as Lenny Kravitz and Diana Krall – as well as performing at the white house for President Obama!

Simon Petermann – notes from the author

“When I started out as a professional musician, the first trombone I bought was a Kühnl & Hoyer, Bart van Lier model.

Years later I brought it to my instrument maker for maintenance and asked him to lend me another horn, because I didn’t want to stop practicing during this time.

The vintage King 3B he leant me had just been restored and back home in my practice room I immediately fell in love with the darker sound and the crisp attack of it! The very next day I called my instrument maker and told him I had to keep it, whatever the cost!”

Key considerations when buying a trombone for jazz

Every instrument has his own distinctive sound and, if you’re looking to buy a new jazz trombone, there are plenty of things to think about!

In terms of what makes a good horn for you personally, we’re going to look at the most common factors which play a big role in the sound you can achieve and the ease with which you can play.

Jazz trombone players are usually looking for a full and warm tone and, when choosing a new horn, you should have this as a priority.

There are other considerations though, depending on the exact setting you’ll be using it in.

Accessibility of the extreme ranges

When comparing instruments or buying a new horn, it is always important that you check how the high and the low register speak.

Some horns get a bit ‘floppy’ when playing in the low register and you need some extra effort to bring the horn to sound.

Others get a bit sluggish when changing partials in the higher register and the flexibility up there suffers.

Ideally, you want a well-balanced horn, with a full-sounding low register and an easy-to-reach high register.

Intonation of the harmonic series

It might sound like a no-brainer, but a properly manufactured horn should be in tune with itself.

You can check that best by playing slowly through the harmonic series – with an electronic tuner if necessary, so see if the notes are well in-tune without moving the slide at all.

For example, check if the high Bb is in tune with the middle Bb, then see how much you need to move the slide to play a perfect G major triad with all notes in 4th position.

A fast-moving slide is absolutely essential for playing jazz, especially as an improvising soloist in styles like bebop and modern jazz.

As such, it’s important to make sure to choose a trombone whose slide moves effortlessly, with no scraping on the inside.

In newer trombones, there might be the possibility to switch between different leadpipes.

The trombone leadpipe is the inner part of the inner slide, starting at the mouthpiece, and is 10 to 15 cm long.

Leadpipes made from different alloys and in different lengths can really change how the horn speaks and the sound resonates, so it’s an important consideration.

The ‘bore’ of a trombone is the size of the tube where you put in the mouthpiece and it generally comes in three sizes: small bore, medium bore, and large bore.

The size of the bore affects the amount of breath required to play and the resistance of the instrument which, in turn, changes the tone.

Typically in jazz, trombonists prefer small bores, for the brighter sound that they produce. However, as you’ve seen with some of our famous players’ set ups, a larger bore – and the richer, more mellow tone that gives – is also a valid choice depending on your specific use.

When choosing a trombone, you’ll notice that the bell size changes along with the bore size.

Trombone bell diameters can vary between 6.5″ and 10.5″ with a wider bell making a fatter or rounder sound as opposed to the more direct projection achieved when using a smaller one.

The 8″ bells which we’ve highlighted on this list are firmly in the ‘medium’ category and are a popular choice for many jazz trombonists.

It’s also possible in some cases to get a larger bell for greater dynamic range.

Generally, jazz soloists or pop players lean towards the punchy sound of a small-bell trombone, whilst the wider bells are great for that warmer tone.

It’s also worth noting that the material used in the bell can also make a big impact on the final sound.

Many trombones include an extra piece of tubing – called an F-attachment – attached, which lowers the pitch of the instrument when engaged.

This F-attachment helps extend the low range of the trombone which, whilst essential in much classical playing, is not necessarily needed by jazz players.

As a result, this feature is not generally seen on the smallest ‘jazz’ trombones but is more common on the medium and large-bore options.

It’s worth noting that you can’t just add an F-attachement to any trombone, so if this low register is important for you, it needs to be on your checklist when choosing a new instrument!

Thanks for checking out this guide to jazz trombone set ups and to Simon Petermann for his expertise on the topic!

The final words of advice on this topic come from him:

I studied in Lucerne, Switzerland with Nils Wogram and, remarkably, he has played the very same horn since he was 17 years old.

He and many other trombone teachers I had agree to this maxim: choose a gear that you feel comfortable with and then learn to make it sound the way you want it to!

As brass players and especially with the trombone, who’s range is so close to the human voice, we have to learn to control the odds ourselves.

I know many trombone players who stuck to their horn and mouthpiece for decades and learn how to express their musicality with that very instrument and teach their body how to control every single aspect of this one horn.